The Angolan pavilion at the 56th edition of the Venice Biennale: On Ways of Travelling

The artists António Ole, Binelde Hyrcan, Délio Jasse, Francisco Vidal and Nelo Teixeira will be in charge of Angola’s official representation at the 56th International Biennale of Contemporary Art in Venice 9 May – 22 November 2015.

António Ole, whose representation at the event will be for the second time and as the holder of the Golden Lion 2013, is also the curator of the Angolan pavilion.

From António Ole’s central installation, which marks the front and back of the exhibition, Francisco Vidal presents installations made up of a metallic skin of machetes. A symbol of the Angolan resistance, the machete is the support for a remarkable pictorial representation; Délio Jasse showcases a study, in photographic form, of memory, its sedimentation and the reason for forgetting; Nelo Teixeira follows with a work in which wood forms the basic structure and where the incorporation of the object trouvé accentuates parallel narratives; and finally Binelde Hyrcan, a very eclectic artist in his aesthetic choices, presents video and installation of his most recent research.

This choice allows a younger , yet already proven, generation, following in the footsteps of the artist António Ole, to access the circuit of the Venice Biennale whilst, at the same time, promoting the country. Moreover, it gives them the chance to cement their international presence, in order to ensure the success of a project that meets the requirement of this presentation and the contemporary profile of next representation .

António Ole Angolan, born 1951
Painter, filmmaker and photographer, Ole has created a vast body of work that reflects the multiple aspects of his creative universe, focusing on the themes of colonization, civil war, famine, social conflicts and specially, the human capacity for resistance and survival. Throughout his artistic career, he has developed projects that reveal a certain formal and aesthetic eclecticism, his work includes drawing, painting, sculpture, installation, photography, video and cinema. His first exhibition was in 1967 and, since his international debut at the African-American Art-Museum (Los Angeles) in 1984, his works have been shown in many exhibitions, festivals and biennales, including Havana (1986, 1988, 1997), São Paulo (1987), Berlin (1997), Johannesburg (1995, 1997), Dakar (1998) and Venice (2003, 2007). He also participated in the prestigious touring exhibition: Africa Remix, Contemporary Art of a Continent and The Short Century.

Binelde Hyrcan Angola, born 1983
Binelde Hyrcan grew up in Angola. Shocked by the images of war in his youth, he saw the real consequences of political decisions. It is in this mix, between the vision of present living world in front of him and the dramatic effects of some abstract political decisions, that the artist caught this indelible image.
Hyrcan expresses himself in the full range of artistic media: sculpture, painting, design, video-art and performance. He has exhibited widely across the globe from his first exhibition in 2008 Three times Two movements in Paris, to the 2nd Luanda Triennale in 2010 and the 2013 ‚No fly Zone‘ at the Museu Coleção Berardo, Lisbon.

Délio Jasse Angola, born 1980
When he was 18, he moved to Lisbon where he started to work in serigraphy studios.Here he had the first contact with the different printing techniques, among which he soon discovered photography. He started experimenting with the different technical possibilities of this means of expression.
He participated in several group exhibitions in Portugal, Angola, Brasil, Germany and France. Among the group exhibition, we recall África (2010) at the Museu Nacional de História Natural in Luanda, Bamako Photographic Encounters and the group show Present Tense (2013) at the Fundação Calouste Gulbenkian in Lisbon. Among the solo shows, we recall Schengen (2010) at Baginski, Galeria/ Projectos. In 2014 he was shortlisted for the BES Photo Award.

Francisco Vidal Angolan, born 1978
Francisco’s work examines the question of race, difference, negritude and the African diaspora. He employs both the communicative possibilities of his plastic and aesthetic expression, as well as his relationship with society and morden Portugal and Angola. He believes it is particularly grounded in his era and his identity; something closely linked to the age group to which he belongs, and which one could almost consider a reflection of his generation. His works, in various formats, are the outcome from increasingly meticulous reflection on the reality in which he lives. He has exhibited solo and collectively since 2006.

Nelo Teixeira Angolan, born 1975
Nelo studied painting and sculpture at the workshop of UNAP (National Union Plastic Artists) and has a background in carpentry and set design. Nelo inherited an interesting family legacy of masks makers. Also he plays an import and role on Lunada’s art community, teaching the youngest generations some of his techniques. He exhibited regularly since 2000 and developed Set Designs for several theatre and film pieces.

Exhibition: On Ways of Travelling 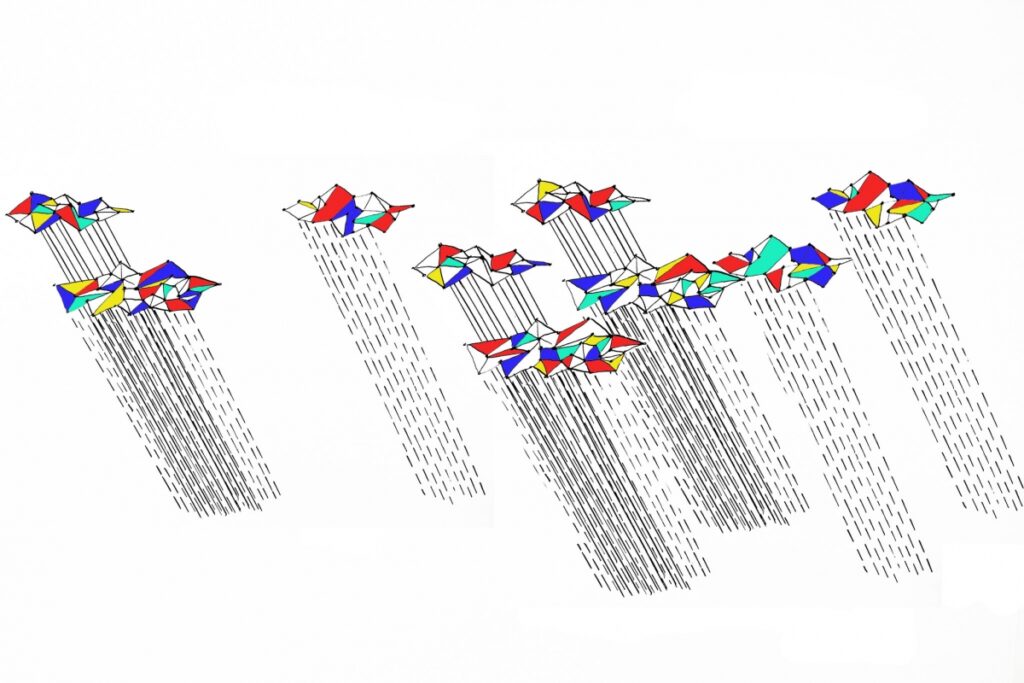