An Essential Gesture of Cultural Resistance

A round-table conversation with three collectives about the role of their artist-run platforms: Misheck Masamvu from Village Unhu in Zimbabwe, members of lugar a dudas, and Adriana Quiñones León from Afrorexistencia, both in Colombia.

C&: Being artists, why did you choose to (co-)create an art space?

Misheck Masamvu: We once created ‘Artist in Conversation’, an intervention to speak about the ills imposed by institutions against the artist. It was a good platform that however ended in a disaster and unnecessary jabbering. I learned from it, that real talk is when you present a product and talk about the product rather than speak for or against an idea that is still in the imagination. We strongly believe that some form of a structure has to be built by artists around their practice, enabling them to develop organically, not to have their work informed or prescribed by institutions or market forces.

Adriana Quiñones León: The collective Afrorexistencia emerges from the desire and vital need of its members to set forth on a path of collective action that utilizes artistic languages and practices and social communication to contribute to the transformation of the unjust realities experienced by Global South communities. To this end, Afroreexistencias inscribes itself as a chapter of this creative duty and impulse where the protagonist and historical subject is of African descent. 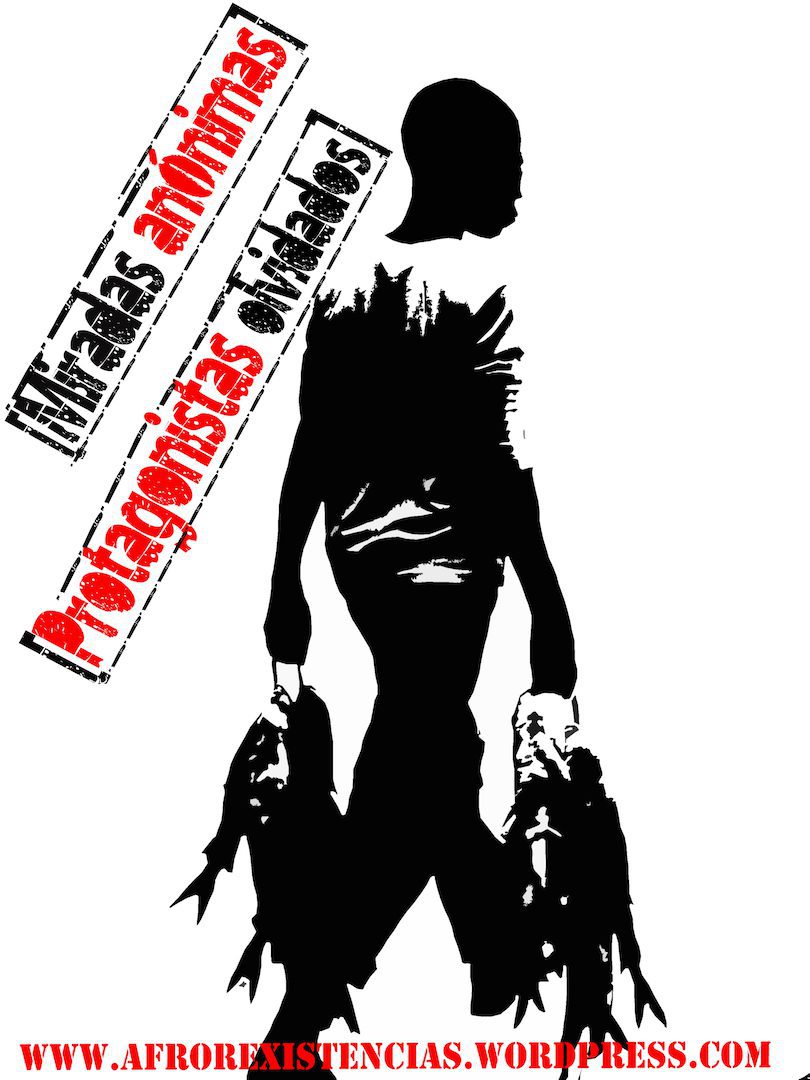 lugar a dudas: lugar a dudas opened as an attempt to respond to the needs of Cali’s art scene, in a historical moment when, despite the frenetic activity of several groups of artists, there weren’t spaces to show their work nor initiatives that supported their practices. Institutions at the time, more than now, ignored those artists and acted based on populism, without a clue of what cultural policies were about. So the project started as a gesture of cultural resistance. While the idea of creating a space was initiated by Oscar Muñoz and Sally Mizrachi, its implementation is the result of a collective effort. The project has been built over a decade with the participation of many artists and people who have contributed from different perspectives and disciplines to create possibilities of exchange and dialogue. We encourage readers to check out the list of our residents and guest artists on our website: lugaradudas.org.

lugar a dudas has also benefited from the support and collaboration of relevant artists from the city of Cali who have been part of the staff, coordinating all of our activities and making effective decisions defined through dialogue and group negotiation. Our goal is to foster an inclusive community rather than only a platform for the promotion of a few, so that’s our reason to avoid, among other things, dropping certain names rather than others.

Over the years we’ve been exploring different ways of action, we joined networks, experimented around cross-practices, participatory platforms, and formats, to expand the ways in which the artists can show their work and interact with their audiences.

C&: Could you share the vision and the goals of your art platforms?

MM: The vision is quite a difficult one to realize. The goals on the other hand are very simple. The goal is to improve our reality and conditions. Currently, Village Unhu, offers studio spaces and accommodation to the artists. We currently run a residency program hosting artists for a maximum of three months. We have a created a contemporary exhibition and/or gallery space. The vision is to have a group of people or, at this stage, artists who ask questions and understand that not every question deserves to be answered in words. Through our work, we stand a chance to initiate a new turn of events or experiences. The vision goes beyond encouraging the artists to keep their doors open to others in need. Through the platform we have a chance to look within ourselves and learn about others.

AQL: Afrorexistencia endeavors to recover Afro-Colombian historical memory through paleography and ethnography while facilitating the re-appropriation of these memories—through diverse artistic, audio-musical, visual, and written languages—by the very communities they belong to.

lad: Beyond the visibility of tangible artistic products, which, of course, is an essential part of our interest, lugar a dudas places particular emphasis on issues that arise in today’s society with the intention to highlight different points of view, bringing out contradictions and divergences to generate complexity and critical thought.

The space, which is an art center that includes a documentation center, exhibition rooms, a residency program, film projections, seminars, workshops, and more, is currently redefining its vision towards the integration of the art scenes in the city with a broader community of academics, thinkers, social practitioners, writers, youth scenes, and other communities that act as cultural agents. Starting from the consensus of what an artist is supposed to do, we are trying to create spaces where these suppositions are challenged, transformed, and redefined. In order to do this, we are enhancing our organization as a space for education, discussion, and criticality. Under the motto “Educación sin Escuela” (“Education without School”), we’re trying to explore new avenues, looking for fresh experiences, partners, and chances to learn from our mistakes and actions.

C&: Please tell us a little bit about the respective names of your platforms: Village Unhu, Afrorexistencia, and lugar a dudas.

MM: The actual name for Village Unhu was supposed to be ‘dunhu unhu.’ We then settled for Village Unhu. Village at this stage does not refer to a ‘locus,’ it is a ‘munyati,’ an idea of collecting and unpacking various views and experiences. Just as the saying, a child is born to be raised by everyone, although our stories might speak on the individual experience, the story is often about everyone. Unhu is not an idea or concept, Unhu is a footprint of humanity.

AQL: The name Afrorexistencia makes reference to the varied and new forms of existence established by descendants of the African Diaspora in the particular regions they settled, as well as the ways they resisted enslavement, erasure, discrimination, and exploitation.

lad: lugar a dudas means “room for doubts,” a name that, undoubtedly, claims the right to think twice, to never be comfy in any position, to exercise a healthy opposition while hesitating, even about doubt and negativity, by the exercise of action, organization, and cultural production. To have some room for doubts doesn’t imply stopping and refusing. Is not a state of inaction but a statement in defense of the provisional.

C&: How would you describe the artistic community in your respective context? How do you engage with it?

MM: I know there are lots of creative sensitive ‘peoples’ in Harare, I am not sure if they would find me suitable to speak on their behalf. The artist community in Harare is sensitive and above all it is sensible to rise above one’s precarious ‘realities’.

AQL: We can think about the Afro-Colombian artistic community as a social protagonist that expresses itself through idioms, forms of knowledge, and traditional expressions that some call folkloric, and that are transformed by history and take on new forms. We understand our contribution as a revisionist historical perspective of Afro-Colombian cultural history. For example, we are currently preparing an illustrated publication that is the product of rigorous ethnographic archival research, but that utilizes a visual and written language accessible to any public. This publication seeks to articulate the memory and identities of people of African descent suppressed by colonial processes, because we believe that “the shortest path to the future is a profound knowledge of the past.”

lad: Cali is a city with a population of 2.5 million. The city has an art museum, two commercial galleries and five professional arts programs, each of them with different approaches. The lack of structured cultural policies has resulted in a wide range of needs in the different artist communities all over the city. Artists respond to this institutional precariousness through self organization, DIY ethics, temporary initiatives and, in general, a rich set of informal practices. lugar a dudas works locally, fostering artists’ initiatives and facilitating access to information, knowledge, and possibilities to reinforce these different local initiatives, as well as their ways to interact in meaningful ways.

C&: With reference to your many forms of collaboration, can you talk a bit about how you see the role of education in your artistic practice and in relation to your art space?

MM: The role of education could be seen as a sham. The role of educating has been reduced to transferring information without it translating from real experiences. To dwell only on words and speak of a quotable history is to neglect one’s present reality and experience. One must work, even if your work is to speak from the heart about what you know, not as you have been told.

AQL: The place of cultural education and arbitration is fundamental, thus it is necessary to draw connections between academic intellectual production and other epistemic subjects through the mediation of artistic languages in the codification/decodification of discourse.

lad: It has been crucial for us to strengthen the relation between artistic and pedagogical practices. We incorporated the slogan “Educación sin Escuela” as a statement that guides our action and unifies our mission, offering space and opportunities for practitioners to implement new forms of work and organization, to build networks, to connect the local to an international community of cultural agents, institutions, and peers, and, finally, to produce complex layers of thought, practice, and affection.

We are learning to learn from those who come to learn from the space. We are thinking about entanglement, about the need to effect and being affected by others at a distance. 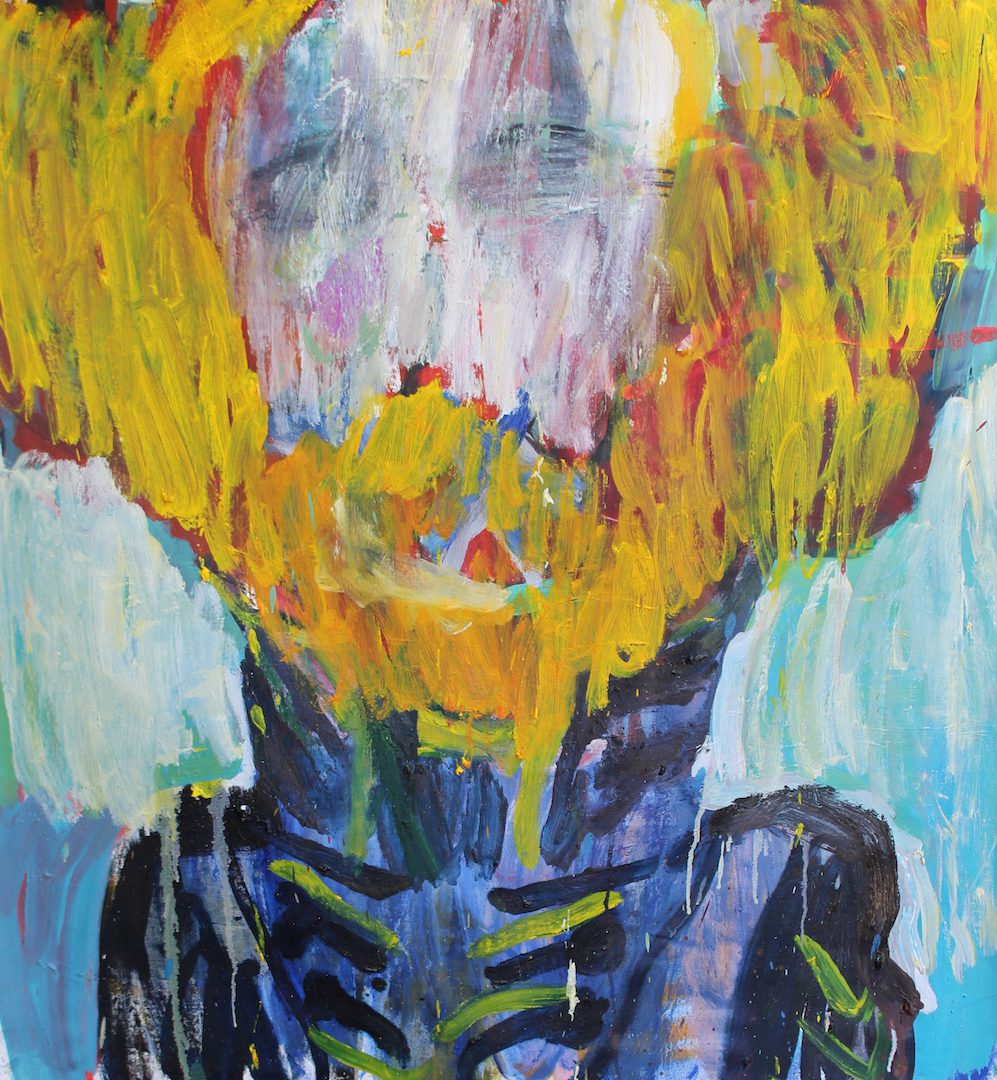 C&: Misheck, can you tell us a little bit about your contribution to the 32nd Bienal de São Paulo?

MM: The work can only be painted at night, usually around midnight. It has become a ritual. It seems like time stands still, a time undecided. My work is about doubt about to reach a clear state of mind. To commit to a life’s worth, defying the risen night spirits.

C&: How did you come up with this idea?

MM: I guess I am frustrated to learn that knowledge drawn from fear imagined holds my reality hostage. Why must I live in fear of tomorrow?