Dak’Art, Chronicles from the OFF

The twelfth edition of Dak’Art – Biennale de l’Art Africain Contemporain in Dakar was opened by the President of the Republic, Macky Saal, at the Théâtre National Daniel Sorano on Tuesday 3 May, 2016. This high-level endorsement revealed the Biennale’s political renaissance. The official discourse claimed that the Biennale was a major event for Africa. Still, the crowds that thronged into the theater and then rushed off to the former Palais de Justice to explore the international exhibition, Une cité dans un jour bleu, vanished into the capital just as quickly. How do we interpret the way international exhibitions tend to vanish into thin air so fast? What does this tell us about forms of committed collaboration during these artistic events that have the potential to create links between local realities and matters of global concern?

We don’t want to reduce art to its social and educational function here. However, we want to ask which political implications are involved in the different kinds of collaboration taking place both in the main festival (the In) and the Off. Do they just reproduce aesthetic and epistemological standards in new territories? Or do they create unique experiences by engaging with the precise historical and political contexts in which they take place?

To explore these questions, we have arranged this article as a report to guide the reader through some events that are part of this twelfth edition.

In his proposal, the artistic director, Simon Njami, defined the artist as “an initiate who has the magical power of enchantment.” His text presents the artist as a magician practicing “re-enchantment” by “mastering the parallel forces of an invisible world.” This romantic definition of the artist is reinterpreted in Njmai’s proposal in terms of cultural and national identity: The captions systematically reduce the artists’ identities to their African origin although their career and especially their artistic projects are often much more complex and ambiguous than this identification might suggest. Restored for the occasion, the exhibition is on show in the former Palace of Justice. The works resonate in this place, which is nevertheless a setting void of its history and political functions. The exhibition thus seems like a showcase for the international scene in which the artists are decorated with the label “African”.

Linked to the official show but working autonomously, the events at Raw Material Company on the sidelines of the Biennale are concerned with breaking with this universalist a priori of art. Artist Dan Perjovschi’s performance exhibitions question the complex interweaving of art, politics, and the market. The discussion series accompanying the main exhibition, “Decolonizing Knowledge – Artists Talking to Philosophers,” organized by Seloua Luste Boulbina with international artists like Kader Attia, Creuzet Julien, Jean-François Boclé, and Hela Ammar, tackles important political issues and questions forms of domination that operate in the production and transmission of knowledge. These discussions, initially conceived and held at the International College of Philosophy in Paris, were transferred to this contemporary art center in Dakar. Does this geographical shift raise new questions or are they simply reproduced in a new setting? Do they initiate collaborations with interlocutors who are precisely engaged in this process of decolonization? Or do they unfold a dialogue that would paradoxically exclude the actors of this history, in this case the citizens of Dakar? 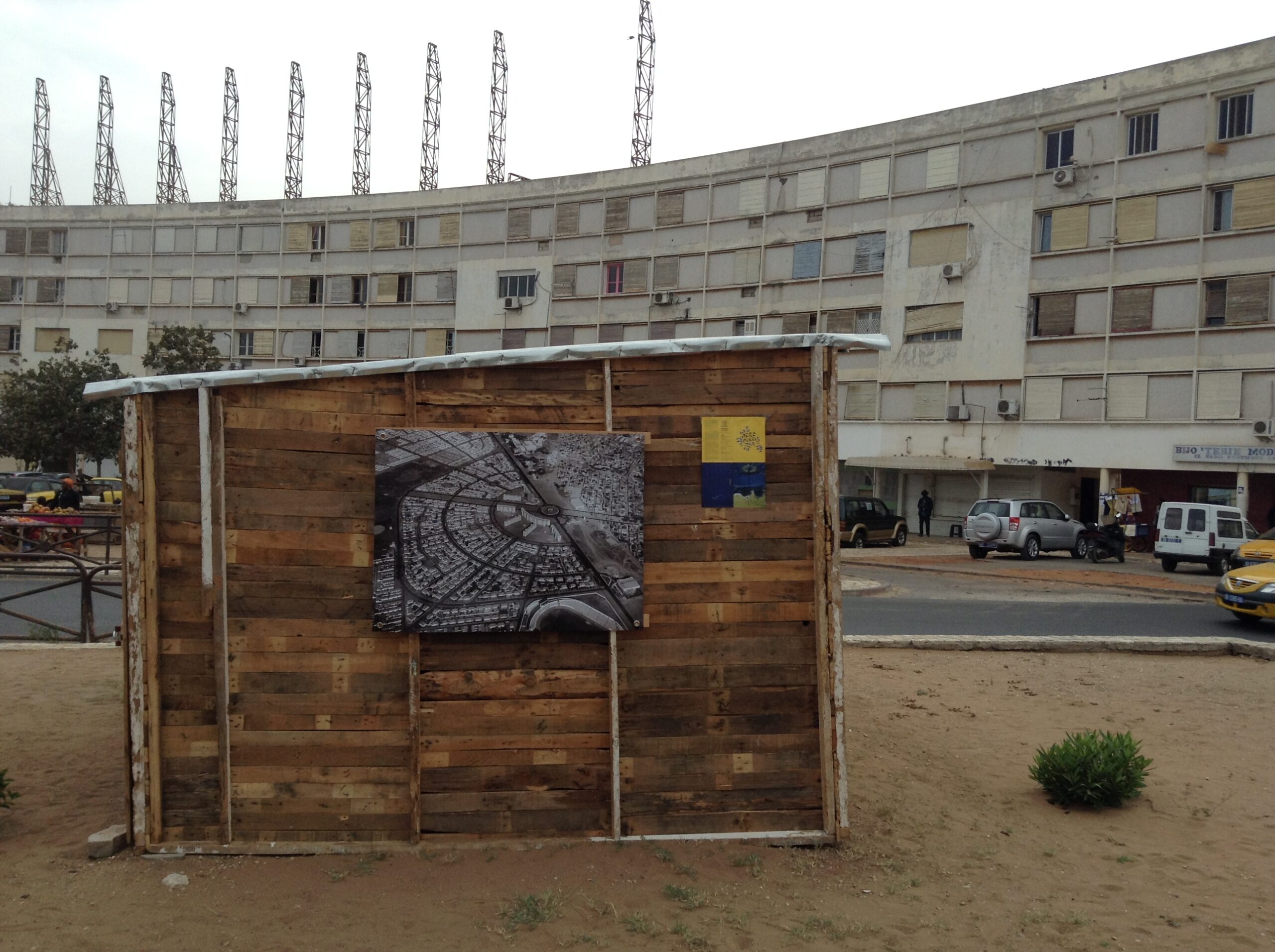 The projects developed by the Kër Thiossane art center are aimed to provide both theoretical and practical tools for creating collective spaces. The SICAP Archives project, for example, originates from research about the  history of the district the art center is located in. The projects lay bare the urban and colonial policies that inspired the district’s creation. Working on this district’s past today helps us understand the dream of an “African” modernity and its blind alleys. The gigantic buildings that once towered over the city are now rickety disused frames. The project of a model society is no longer a unifying idea – on the contrary, it seems to accentuate the void left by the process of individualization. The work on and within this area uncovers traces of a utopia and the imprint of its end. Showing these archives publicly is a way of sharing this history and reflecting on it collectively with the users of these outdated relics. But the project goes further: it is also concerned with empirical diversions and re-appropriations of these spaces beyond their historical symbols, such as a community garden project. This collaborative project encourages the rethinking of colonial heritage to tackle new problems of today’s society.

The last example we wish to share concerns workshops held by Emmanuelle Chérel and Malick Ndiaye at the Institut Fondamentale d’Afrique Noire (IFAN) at Cheikh Anta Diop University in Dakar. The project is a long-term collaboration between IFAN and the School of Fine Arts in Nantes. It aims to “rethink the teaching of art as a prospective space,” to conceive practices that allow resistance to the universal abstractions that the market imposes and which are often paradoxically sustainesd in order to rehabilitate values that have been historically condemned, like “Négritude,” the “African identity,” endogenous knowledge, etc. The project aims to rethink art teaching by engaging with the complexity of practices that have stirred things up and prevented these artistic gestures from being institutionalized. Several generations of artists, intellectuals, and students took part in discussions and in the diverse artistic program. The organizers are working on writing a history of Senegalese art based on the discussions, frictions, contradictions, and the diversity of forms of transmission exemplary in these workshops. In this sense, the format is unique and can’t be exported. Its open and performative form make it very much an on-site creation.

This work was supported by a grant of the Romanian National Authority for Scientific Research and Innovation, CNCS – UEFISCDI, project number PN-II-RU-TE-2014-4-2368.