The alter ego of Haitian artist Tessa Mars is called Tessalines and has helped Mars ever since she was created. “Through her I can filter information and translate it into something that is more easily digestible,” the artist said during a recent residency. Mars created Tessalines while at Alice Yard, an artists’ residency in Trinidad, between October and December of 2015. As a laureate of the Institut Francais’s Visas for Creation residency program, part of its Afrique et Caraïbes en Création initiative, Mars had the time and the space to experiment with her alter ego while learning about the English-speaking Caribbean. In addition to her native Haiti, she has already exhibited in Miami, Canada, and France – but it was now time to get to know her nearer neighbors. 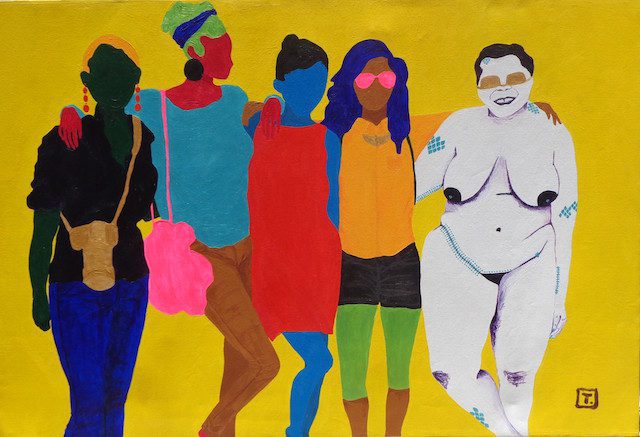 Tessa Mars. Self-Portrait with new friends, 2015. Acrylic on canvas. Courtesy of the artist

The name Tessalines is a fusion of Mars’s name and Dessalines, the Haitian revolutionary leader. “Tessalines is the part of me that is shameless and brazen. She is also a mix of my spiritual beliefs and my national identity,” Mars says. “A weird mix, but it works. Tessaline is also about being comfortable with this weird mix, with all the parts of me that are still a mystery.”

Mars created 15 portraits of Tessalines in various settings, including a Carnival costume which references Trinidad and Tobago’s annual national celebration. There are also a few disturbing portraits of abuse that recall past trauma, in which the severed head of a pig repeatedly appears.

Tessalines is portrayed as a pale, plump, and shapely female figure with lozenge-like scales on her arms and other parts of her body. There is also a slightly psychedelic air about her as she appears naked or almost naked in all the paintings, made in acrylic on white paper, with an insouciant demeanor. “I am always trying to find ways to express my identity as a woman inhabiting this particular body, as a woman from the Caribbean… I have renewed interest in history, Haitian history first, but also how it has influenced all of the region all over the Caribbean.” 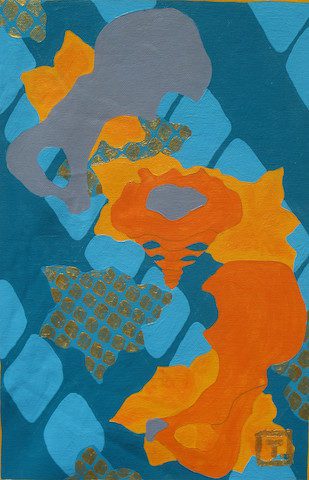 As a Haitian, Mars had limited knowledge of the English-speaking Caribbean, so she used the residency in 2015 to extend her knowledge of the region. She had already made contact with one of the founders of Alice Yard through her work with Fondation AfricAméricA, a forum that brings together artists from the Caribbean, the Americas, and Africa. That initial contact fed into her desire to know more about the English-speaking Caribbean and its artists, whose work she had gotten to know online.

“I wanted to meet as many artists as possible and to see what they are doing, because for the past couple of years, I have been questioning my role as a Caribbean artist, as a Haitian artist… I think it is really about ideas, validating my own ideas and confronting them with those of other artists, trying to broaden my thinking, having a new perspective, because from conversations with others you sometimes find you were not seeing the big picture.”

Mars’s work experience after graduating from the University of Rennes 2 had already shown her the value of cross-fertilization of ideas. As a cultural projects coordinator with Fondation AfricAméricA, she had the opportunity to see how African artists who attended the forum helped artists in her country move beyond clichés of Haitian art.

The Togolese artist and designer Kossi Assou worked with Haitian sculptors to improve their designs. “He worked mainly with metal workers and it is really obvious from the workshop and the work they produced afterward that those artists have really taken something from him, new ways of working the metal; new shapes take form in their work. You start to see something different, they explore more, they go outside themselves, they take risks.” 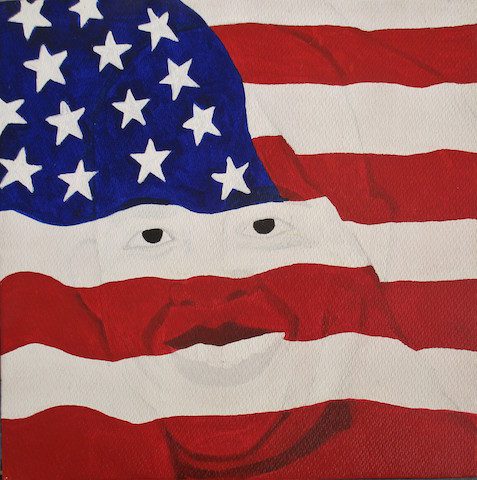 Tessa Mars, #10, One of many series, 2014. Acrylic on hardboard. Courtesy of the artist

Art coming from the African continent has also influenced Mars “in wanting to be as emotionally sincere as I can,” she says. With this goal in mind, Mars wants to continue her development of her alter ego Tessalines. “Right now I am thinking about bringing Tessalines into reality, becoming my alter ego… I want to put her into real life and not just draw her on paper.

“I think I would like to do a series of photographs of me as Tessalines and also create a setting where this space is Tessalines’ space. Create a home for her. What would that home be? What is Tessalines’ personal space like? What is she inhabiting? I think it will probably evolve gradually towards this because Tessalines is close to me and who I am.”

Mars will also be continuing work on her portrayal of cartoon characters, as a form of conversation with or interrogation of the art seen throughout Haiti on the walls of school buildings. These paintings on school walls are by untrained artists who experiment with popular cartoon characters. “Sometimes these images can be so grotesque. I was wondering how they are a reflection of our distorted society,” Mars says. “I was interested in using those weird cartoons as a vehicle for the violence in Port-au-Prince.”

Hence, Mars portrays SpongeBob, Dora the Explorer, Mickey Mouse, and Donald Duck in a surreal light – all with weapons or in the middle of some act of anarchy, all smirking as though relishing their violence. She has titled this series On the Way to School.

The work in this series, like all her earlier work, uses solid colors and geometrical patterns for background rather than scenery. However, that desire to control the spaces around her characters has changed since her residency in Trinidad, Mars says.

“In past works, the canvas is always filled with color. Now there is a lot of empty space, the canvas is still present. There are new colours, new color combinations, a new palette,” she says.

“A residency allows you time to focus,” she adds. “But now I am going back to my regular life. The work I have started here needs to develop and grow.”

Jewel Fraser is a freelance writer and copy editor who writes occasionally for the Miami Herald, the International New York Times, and Inter Press Service. She is an alumna of the Humber College, Ontario, graduate writing program.