The traveling exhibition Weights and Measures by Bradley McCallum just closed at Constitution Hill in Johannesburg. Co-curator Natasha Becker spoke with C& about the portraits of international lawyers and defendants of crimes against humanity, about social justice in South Africa and about failing electricity

Edward Tsumele: The Weights and Measures exhibition was preceded by discussions on issues of social justice in Johannesburg. What happened during those discussions?

ET: What are the main themes that seem to dominate South Africa in terms of justice?

NB: International justice was under the spotlight in South Africa in the eight months leading up to the exhibition. It started around June 2015 when President Omar al- Bashir of Sudan flew out of South Africa and eluded a longstanding arrest warrant from the International Criminal Court (ICC) who is seeking to try him on charges of war crimes, crimes against humanity and genoicde in the Darfur region. South Africa is a member of the ICC and was required to comply with international law and arrest Mr. Bashir. Instead the authorities allowed him to leave the country from a military airport in Pretoria – even though they had been ordered by the High Court to prevent him from departing. This was a huge blow to victims in Darfur, the International Court’s six-year campaign to bring him to justice, and South Africa’s integrity and commitment to justice on the Continent. Our conversations thus centered on African states critique of the ICC, as biased toward Africans, and the country’s future international justice role. 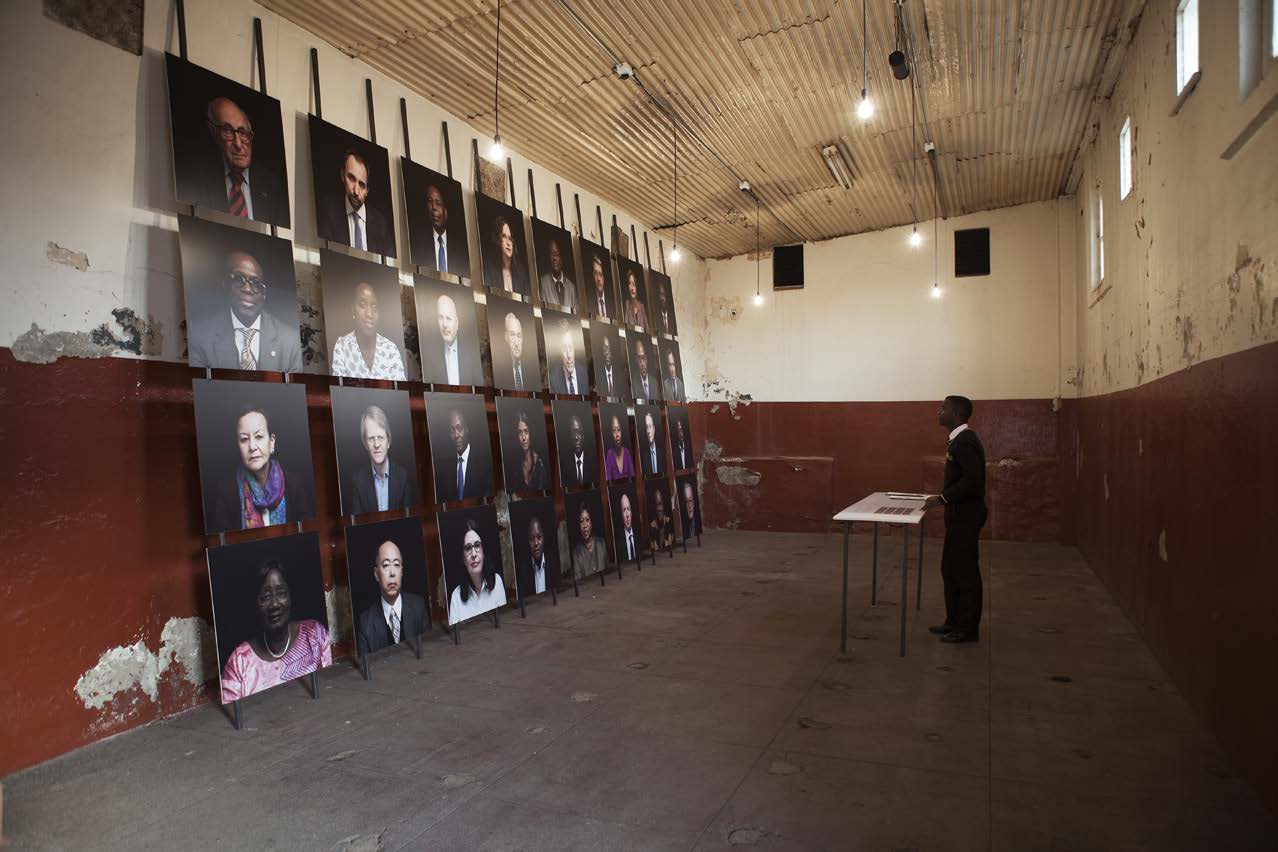 ET: The choice of venue, Constitution Hill, is instructive, given that it represents the complex nature of this country’s history. It is a place where prominent figures such as Nelson Mandela or Mahatma Gandhi were incarcarated. It was a place of pain and cruelty, but in a free South Africa, it is a place of hope, as the Constitutional Court is situated here.

NB: The exhibition is located in a former men’s prison at Constitution Hill and adjacent to South Africa’s remarkable and humbling Constitutional Court building. When you read McCallum’s faces and cases of injustice that are born of conflict and war in our time, with the history of the site and its present-day transformation, it amplifies the fragile line that exists between the violation and the protection of human rights.

ET: South Africa is now a democracy, but social transformation has not yet happened at the rate that many had anticipated. The gap between poor and rich is wide, in fact the country is one of the most unequal societies in the world. Does the exhibition touch on that?

NB: One of the questions Weights and Measures brings up is: What is international justice? What does it mean in South Africa, the United States, elsewhere? How does it look and behave? The answers point to differences among countries in their experiences of international crimes. When it comes to social justice in South Africa, we are a far more just and equal society now then in the past. But we have to keep asking where are we now and where do we want to be in 25 years? The cases examined by the artist in this project are from Cambodia, Rwanda, the former Yugoslavia, the Democratic Republic of Congo and so forth. They are about contemporary conflicts. About how we can have greater social justice and global equality when our present is so thoroughly defined by conflict. 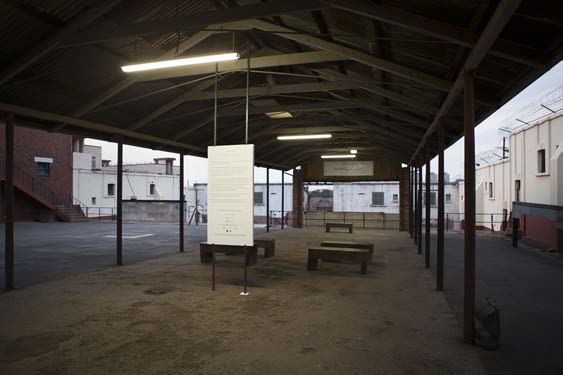 ET: The exhibition took place in South Africa at a time when the country just had given notice to the ICC, but then made a u-turn subsequently. Did this issue come up during discussions?

NB: Absolutely. The most important aspect of this issue is that the announcement was quite unexpected and happened so fast without parliamentary discussion or broad public debate. I think the dialogues and exhibition helped to slow it down and provided a space to digest and reflect.

ET: How was the public response to the exhibition?

NB: Positive. People experienced the portraits as intense and compelling. Many were familiar with the issues and we had lively responses from former Congolese, now living in South Africa, who had witnessed atrocities first hand, as well as critical questions about George Bush and Tony Blair. Generally people tend to spend a great deal of time with the portraits and allow the stories to unfold.

ET: Finally what challenges did you experience in putting together this exhibition from both an aesthetic point of view and logistically?

NB: Dealing with war and violence in our cultures and societies is challenging per se. But Bradley McCallum’s work, for the past 20 years, both underscores the importance of doing so and affirms that art can communicate very much. Logistically, there was no electricity in the exhibition venues, the Number Four Men’s Prison Section at Constitution Hill. But we were committed to those venues and worked through it.

Edward Tsumele is an award-winning arts writer who contributes to Business Day, Sunday Independent and African Independent in South Africa, and  is a correspondent for the UK-based publication New African.