Our author Magnus Rosengarten met organizer and curator Ezra Wube and artist Martha Haile for a conversation about the Addis Video Arts Festival.

At the beginning of this year, the Addis Video Arts Festival went into its second edition and presented an eclectic program composed out of a total of 700 entries. The selected works made for a truly cosmopolitan festival feel all over Ethiopia’s capital. The pieces were screened throughout the city, in galleries, on commercial billboards and in little kiosks. The perpetually changing cityscape of Addis served as this year’s inspiration for AVAF. Hence its title: NEW HOME.

I met organizer and curator Ezra Wube and artist Martha Haile for a conversation about the festival’s origins, future intentions, and the role of an artist in this rapidly changing city.

Magnus Rosengarten: Which piece did you choose to submit to the Addis Video Arts Festival?

Martha Haile: It is a collaboration between a German artist and me, titled, You Cannot Eat Money, based on the Native American concept of honoring our natural resources. You know, the poem, “Until the last river has been polluted…”

In the video we actually eat the money, showing the struggle of everyday life. It is a critique of the capitalist world order we live in. 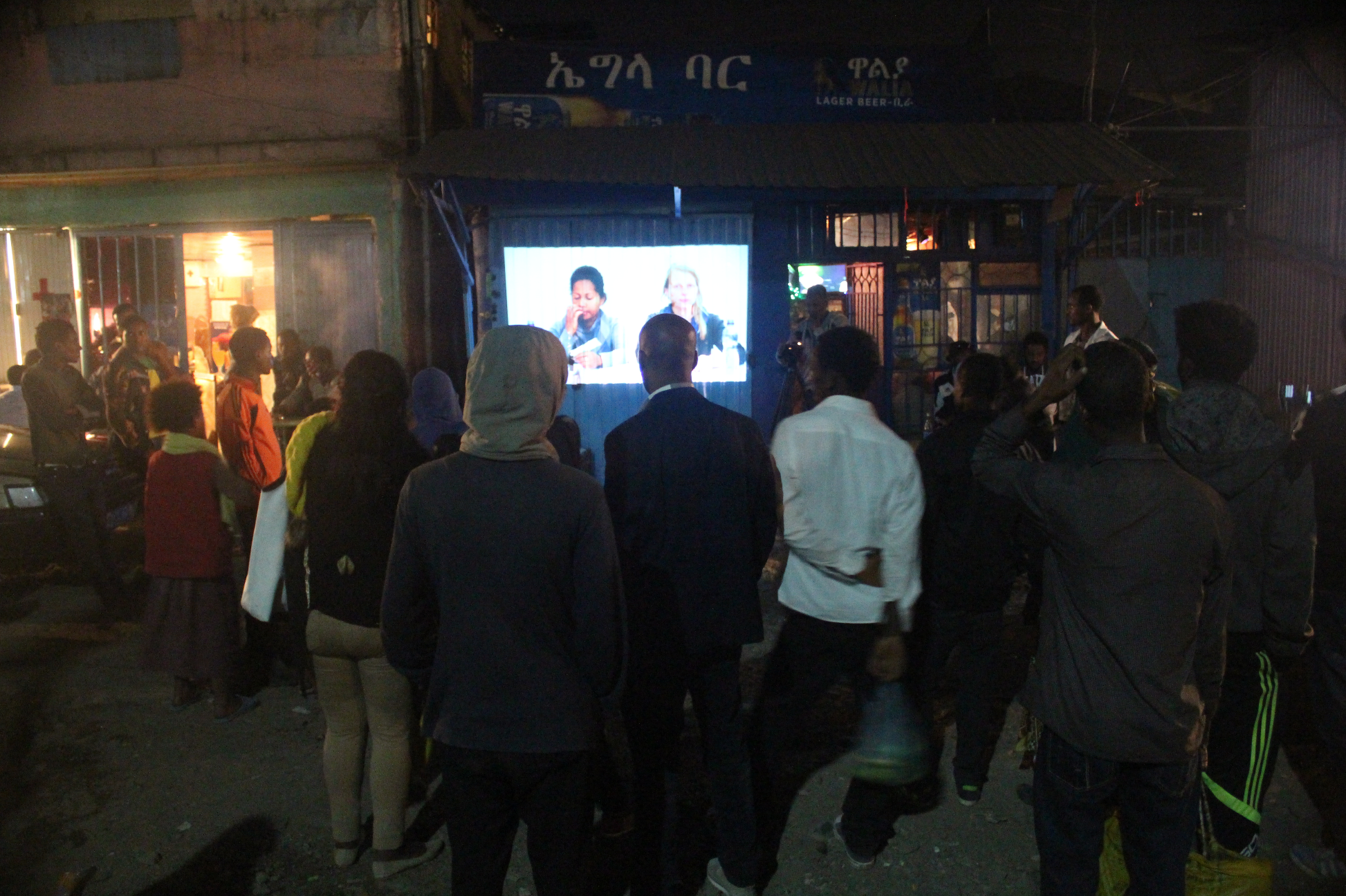 MR: Why do you choose to work with video?

MH: Video first of all helps me to document, sometimes I use video for installations. It also helps to show material to various audiences, to communicate with the larger global community. For example, one piece that did not make it into the festival deals with the demolishment of my neighborhood Kazanchis here in Addis. I made it during this very devastating season of xenophobia in South Africa in 2014 when various African immigrants were killed. But I also wanted to address the brutal killings of ISIS, and the uncountable refugees drowning in the Red Sea. The world seemed very frightening to me at the time and I chose pee as a metaphor to work with in this video. How am I going to act in this world? As a woman, as a Black woman? These were questions that kept me busy. I decided to pee in the streets, and if you look around Addis it is usually easier for guys to urinate in the streets. I wore white leggings and a white shirt. I stood in the streets and waited for one hour, drinking beer and water in between. It was very difficult to control my body and then to just let go and pee. I wanted to show how the body is struggling with different processes and events.

MR: Why do you think the Addis Video Arts Festival is important in the times we currently live in? Why is it particularly important for Ethiopian artists?

MH: I think this medium provides especially Ethiopian artists with the opportunity to communicate with the art world. At the moment we are trying to find media with which we can adequately demonstrate our ideas. 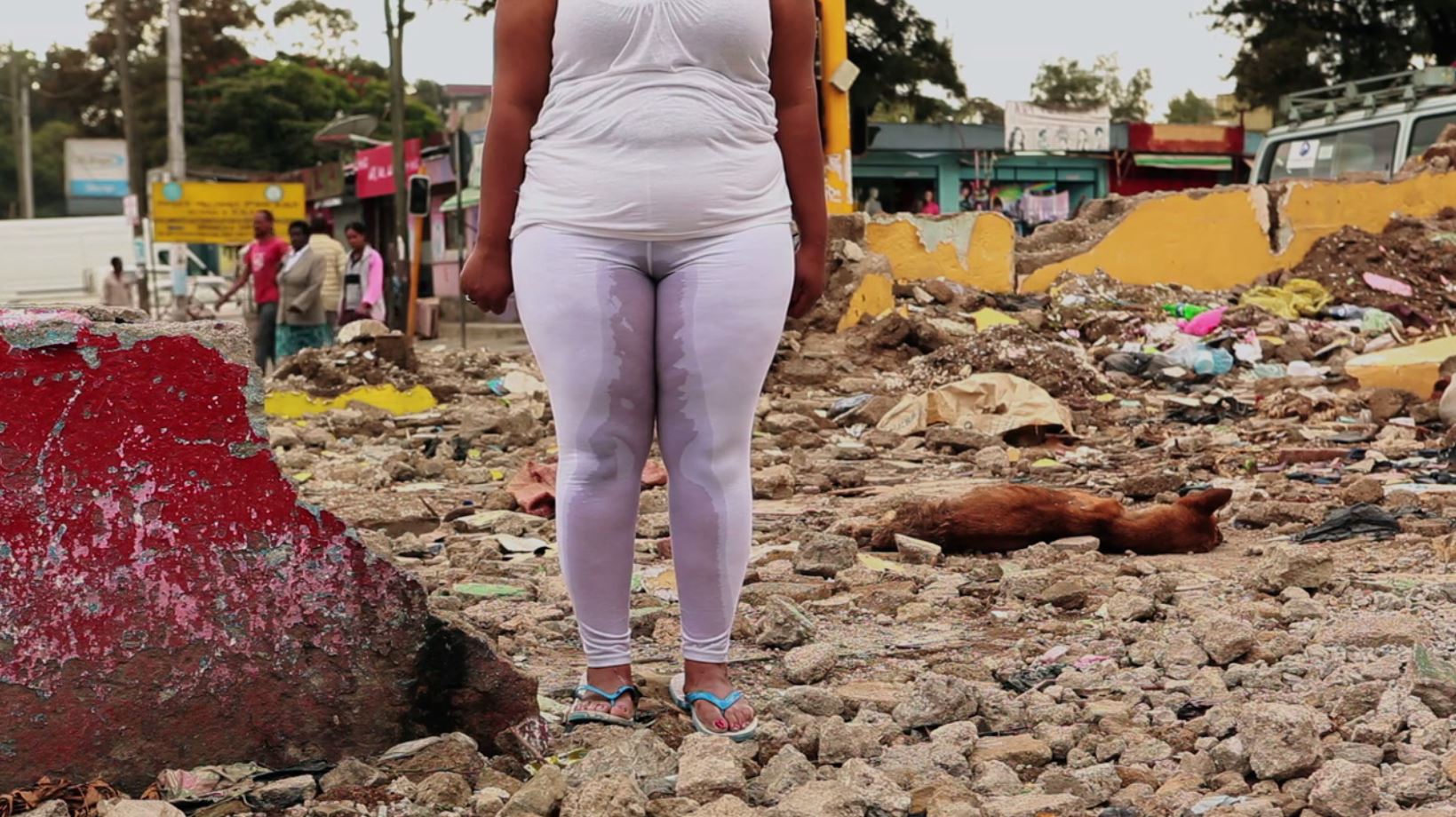 MR: Ezra, how was the idea for the Addis Video Art Festival born?

Ezra Wube: It happened naturally. I always wanted to do something in Ethiopia because I live in the US. I tried various projects, residencies for example. But this required me being in Addis a lot. And then the idea for a video festival came up because I had participated in quiet a few. I like the generosity of the medium, the whole idea of sharing and its relationship to the public.

MR: What is the relevance of this festival here in Addis?

EW: I think digital media is such an inspiring medium and there are tons of festivals all over the world. But there was none here, so there was really a need for it. It is so great, as artists we can be in one place but still show our works in several locations simultaneously. Digital media became so accessible that we can make films on a mobile phone and share them freely. I also migrated to video, originally coming from painting. Eventually, I was like, why create these objects all the time?

The festival kind of came together and I asked friends if they wanted to be part of it and we put out the first open call.

MR: How did you decide on this year’s theme?

EW: First, I wanted to go without a topic. But then a friend of mine inspired me to give the festival a theme. We went for “New Home” in relation to Addis Ababa because there is so much construction here, echoing the sense of mobility. A quarter of its residents are being replaced right now. There is movement and adjustment to newness. Every artist could interpret it the way they liked of course, as literally, poetically or scientifically as they wanted. Not to forget the digital world as a “New Home”, too.

MR: Where do you see the role of “Ethiopian Video/Art” at the moment? Also in relation to the Western canon?

EW: I think things always change. However, the more consistent you are, the more potential for marketing. Marketing is demanding. Even for me for instance, what Addis Ababa means is very complex, very confusing. Then there is Ethiopia and Africa as a map or simply as an imaginative conception. I personally think you have a relationship to a place, culture or belongings. It is part of your make-up. That is what Africa is for me. It doesn’t have this strong boundary line. If it was an object it would make sense, but we are living, we are changing. We are forgetting things. We are accumulating things all the time. But again, the market has its demands and artists are forced to stay consistent or to fit into what the market expects or controls. 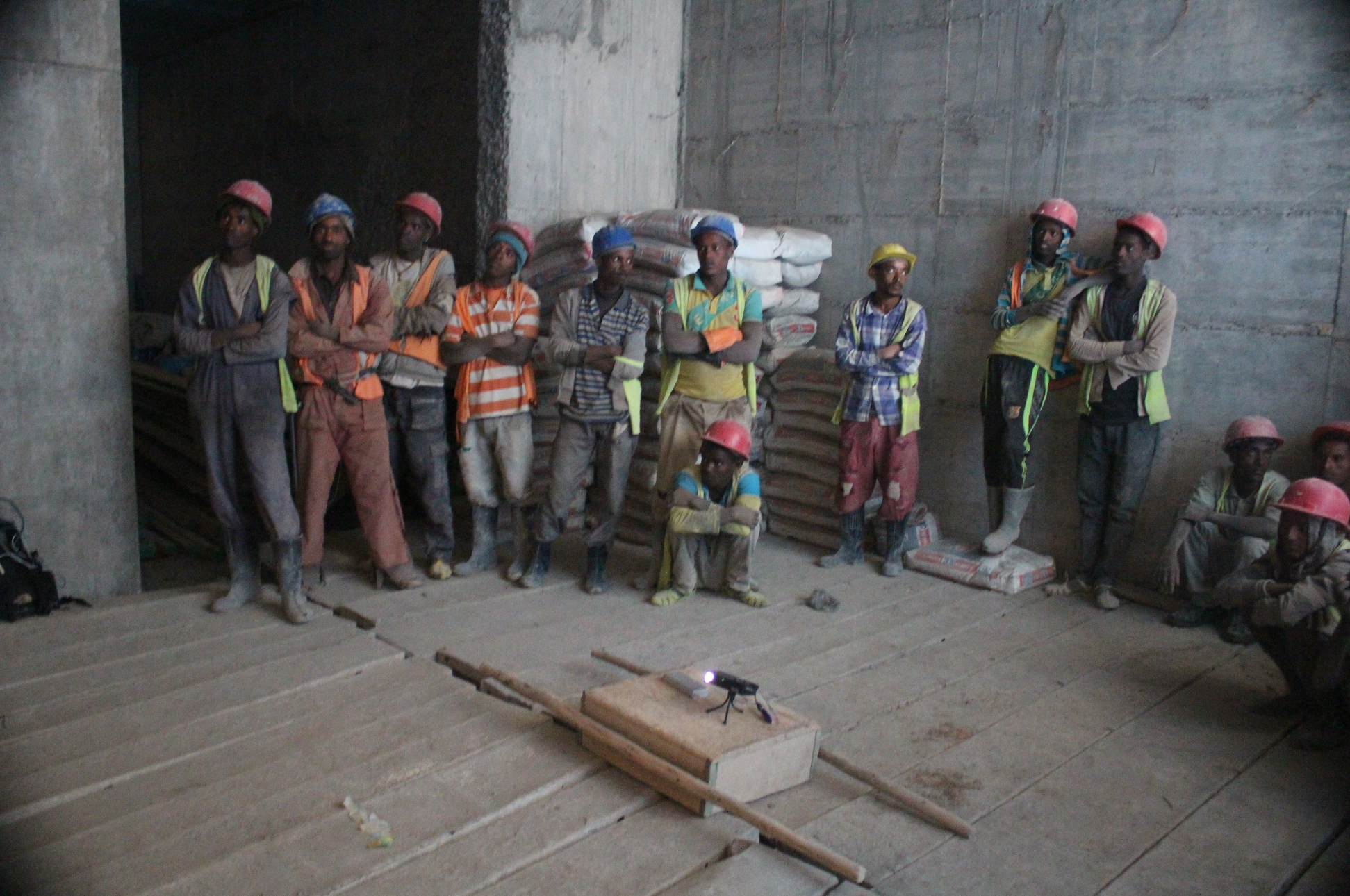 MR: I am thinking right now that storytelling can be such a strong aspect of video art. No matter if it’s abstract, fragmentary or coherent. From your perspective, what stories are you telling with this medium?

EW: My work draws a lot on the past. I find inspiration from the everyday blurred with autobiography, something that I have experienced. At the moment I am working on a project dealing with Ethiopia in the 1980’s, connecting it to my personal memories, the culture I grew up in, the TV shows we were watching. I don’t strive to represent, but obviously there is this mysticism about a certain other-worldliness, our concepts of other cultures, there is always a curiosity, an interest. I try to be as honest as possible and to show some truth about myself. But it is still a borderline experience because the personal is political and the political personal.

MR: Coming to the end, I would like to know what in your view are the topics or conflicts Ethiopian artists here in Addis are currently concerned with. What do you see?

EW: Openness for ideas and exchange, as well as communication. This is what I hope to achieve with the Addis Video Art Festival between the worlds and cultures we live in. We really intend to create such a platform. Imagine a person in Siberia having the same questions or frustrations. I want to reflect the human condition from a 360-degree perspective.