The Goodman Gallery in South Africa opened its second exhibition under the initiative South South and shows the works of artists from Cuba to Angola, who are redefining the present by looking at the colonial past

Flavio Cerqueira, I told you, 2016. Bronze and books. Variable dimensions. Courtesy of the artist and Goodman Gallery

We are at a point in time where the geopolitical focus of many countries around the world has become defined by a nationalist agenda that is insular and exclusionary. As the United States moves from one political controversy to the next and the stability of the European Union is increasingly threatened by the likes of Brexit on the one hand and the aspirations of Russian expansionism on the other, The Global South is faced with the renewed challenge of self-definition.

At the heart of this challenge lies the need to embrace the shared historical divergences that exist in the socio-economic and cultural production of countries previously considered to be on the so-called ‘periphery’ of the west. This of course demands a political repositioning that begins with language and the way that artists, writers and activists can break the chains of derogative signifiers put in place long ago by the colonial project.

Taking up this challenge the Goodman Gallery launched it’s South South initiative in 2015, designed to “confront the complex notion of a connected ‘geopolitical south’ through contemporary art”. South South: Let Me Begin Again is the second exhibition in this ongoing curatorial investigation, bringing together artists whose work is described as being situated “within and beyond the afterlife of political revolution”. 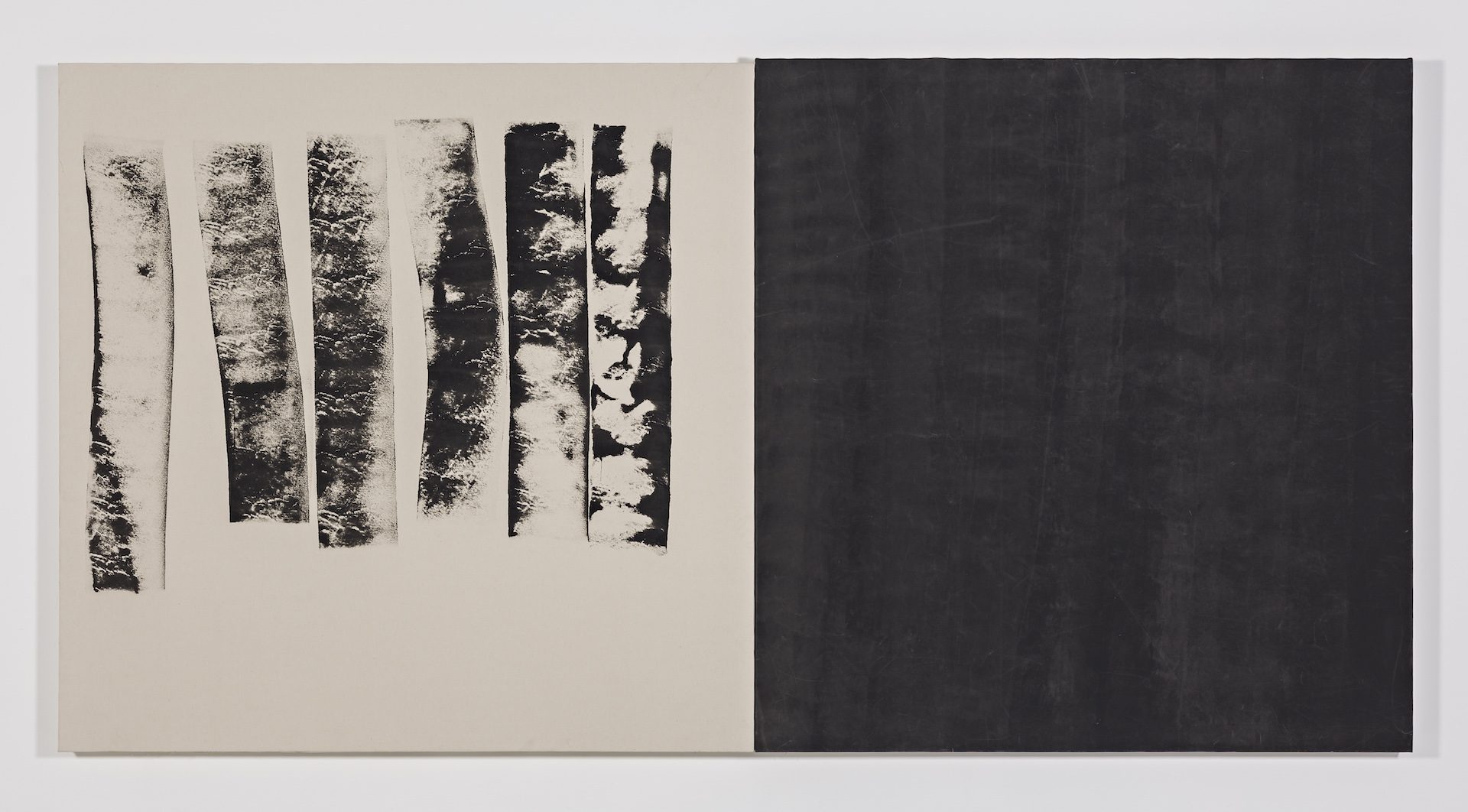 Gustavo Speridião, Paisagem Russa, 2014. Nanjing and varnish on canvas. Courtesy of the artist and Goodman Gallery

With artists from Cuba, Brazil, South Africa and Angola, as well as other regions such as Mozambique and Namibia, the exhibition captures the collective unease felt by a generation living in the wake of the unfulfilled political optimism that occurred at the end of the 20th century. This struggle occurs between times; living in the inescapable shadow of colonial history, the task now is to figure out how to rewrite the present in order to grasp the agency of tomorrow.

Grada Kilomba’s three channel video projection, The Desire Project (part III), 2016 is thematically instructive. Consisting of fragments of sentences that flash across each screen simultaneously only to fade as quickly as they appeared, the installation is textual proclamation of authorship that forces an epistemic rupture of the limits of self determination.

“…and not to be described.

I become the author,

I become the absolute opposition

of what the colonial project has predetermined.

what we can speak about.”

Encapsulating the political dissonance that lies at the heart of the show, it speaks of a  desire shared by the artists to reconfigure the incomplete project of postcolonial discourse. Flavio Cerqueira’s “I Told You…” captures the literal weight of history where two bronzed legs protrude from a pile of books that obscure the rest of the figure. The subject matter here is key. A collection of texts that could be regarded as ‘leftist’ or ‘revolutionary’ are intermingled with other more dated volumes of colonial history, signaling the constant revision of historical power structures that is a marker of our contemporary age.

Conceptually packed, there is also a tone of cool minimalism in the show with Elizabet Cerviño’s slab of paraffin wax, titled Suspuro en Nicho (Sigh in a niche) being barely noticable against the walls of the Goodman Gallery’s white cube. This feint corporeal gesture finds a poetic, if not violent riposte in Gustavo Speridião’s Paisagem Russa, which features two canvasses; one fully painted black, the other featuring six vertical roller strips, each with a varying texture. Striking for it’s formalist simplicity, the work reveals a point of interruption between process and progress, confronting the viewer with an entropic glimpse of time.

Arguably, it is the video projection by Los Carpinteros, Conga Irreversible that best captures the way that agency can be found and celebrated in the absurd. Produced during the Havana Biennale in 2012, the video shows a conga street parade along the Paseo del Prado performed backwards. It is this act of carnivalesque rewriting that binds the show together where old forms are filled with new potential.

Matthew Partridge works a writer, critic and journalist for publications that include Financial Mail, Business Day, The Sunday Times and the Mail & Guardian.