Musa Nxumalo talks to our author Stefanie Jason about his latest exhibition of striking black and white images, text and video on display at the Goethe Institut.

With his latest exhibition, In Search Of… , of striking black and white images, text and video, Soweto-born photographer Musa Nxumalo continues to document and explore youth culture, as he did with his highly publicised first exhibition, Alternative Kidz, in 2008. Recipient of the 2008 Edward Ruiz Mentorship programme, Nxumalo, who studied his craft at the Market Photo Workshop in Johannesburg, talks to our author Stefanie Jason about this body of work, on display at the Goethe-Institut in Parkwood, Johannesburg, until May 31, 2015.

Stefanie Jason: The images from your latest exhibition, In Search Of, are from two bodies of work, Alternative Kidz and In/Glorious, which both delve into cultures of mainly urban black youth. Why ‘In Search Of’?

Musa Nxumalo: In Search Of is a project that speaks to the journey of self-discovery. The thinking behind the project responds to my preoccupation with generational dysfunctions in poor Black communities, with a particular focus on my community of Emdeni, Soweto. This project also works as a vehicle for me to escape this phenomenon, and is a documentation of a search for something to contribute in encouraging these communities to break this cycle.

SJ: The artwork in In Search Of consists mainly of In/Glorious. Would you mind sharing your thoughts behind the scenes that you capture in this body of work?

MN: I shot In/Glorious in my neighbourhood, Emdeni, in 2011 but it was officially released with the gallery in 2015. The project is a response to some of the questions I’ve been asking and issues I want to speak about after doing Alternative Kidz. The project has a lot to do with the socio-political climate in South Africa and is also a response to one of my fears, which is that I might be perceived as a photographer who only documents the “cool” or alternative cultures in Johannesburg and Soweto. With Alternative Kidz, I might not yet have been ready to talk about those socio-political issues. But I feel I was when shooting In/Glorious. 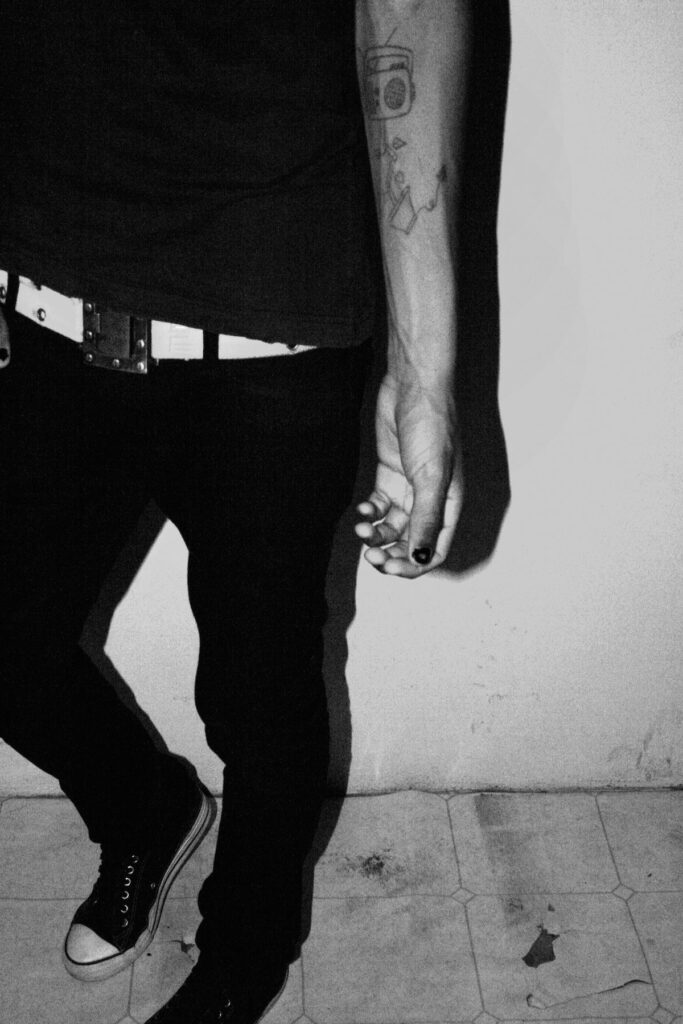 MN: Yes, I feel like in order to get people to pay attention I have to speak the right language. This project is a mask to talk about underlying issues [the youth face] in society. In the mainstream art world, I feel like there is a lot of “cool” being put forward and some art lacks a critical look at issues affecting the youth. For me, being an artist is about reflecting on what is happening in society today. And with In Search Of, I wanted to open up that window to my audiences.

SJ: You speak of socio-political issues. What do you think some of these issues facing the township youth you capture are?

MN: I think today we have more access to information than in the past; everything is in front of us but at the same it’s not. When I talk about my subject matter, I tend to talk about Black kids in the hood and the desire to get out the confines of the township. I feel as though the glorification of the ghetto and romanticisation of township life as our culture are some of the things that hold us back. 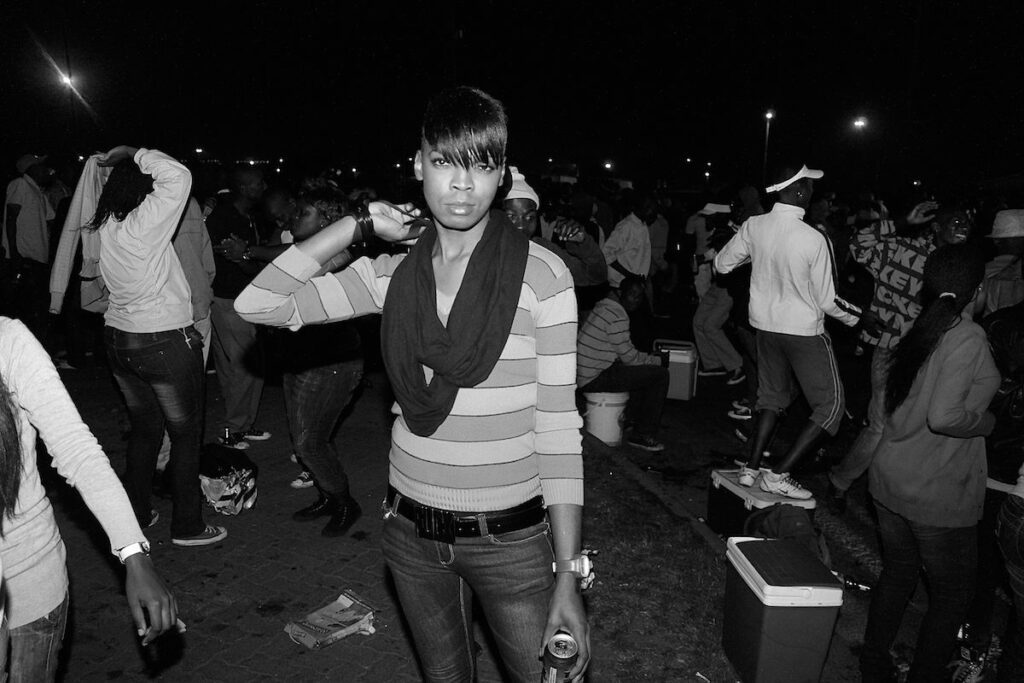 SJ: Do you think that you can identify with some of the issues faced by your subjects in these images?

MN: Definitely. I am one of them. I consider this project a self-portrait. This is not something that I’m observing from afar. I grew up in the same community as them.

SJ: As your photographs document youth culture, do you consider yourself a documentary photographer?

MN: My work deals with documenting, if you think of it on a larger scale of documentation, but I tend to not want to identify myself as that because documentary photography is a genre on its own and it has a long history. I feel better identifying myself as an artist but my photographs talk about stuff that is current and what is happening now.

SJ: The text images or quotes in the exhibition are taken from a Facebook page and touch on social issues affecting youth in Ekasi [the township], such as drug abuse, the lack of infrastructure or resources in the hood, and so on. What was your motivation for doing this?

MN: Working with those Facebook quotes, which I pulled in 2014 and 2015, meant that I was kind of giving a voice to the images in In Search Of and extending a conversation that is already happening. At the time I took the quotes, there was an issue with suicide and on New Year’s Eve there was a violent incident in which a guy got stabbed. It was hectic. And the young people in my neighbourhood took to Facebook to talk about that. So these are the things that layer my work. 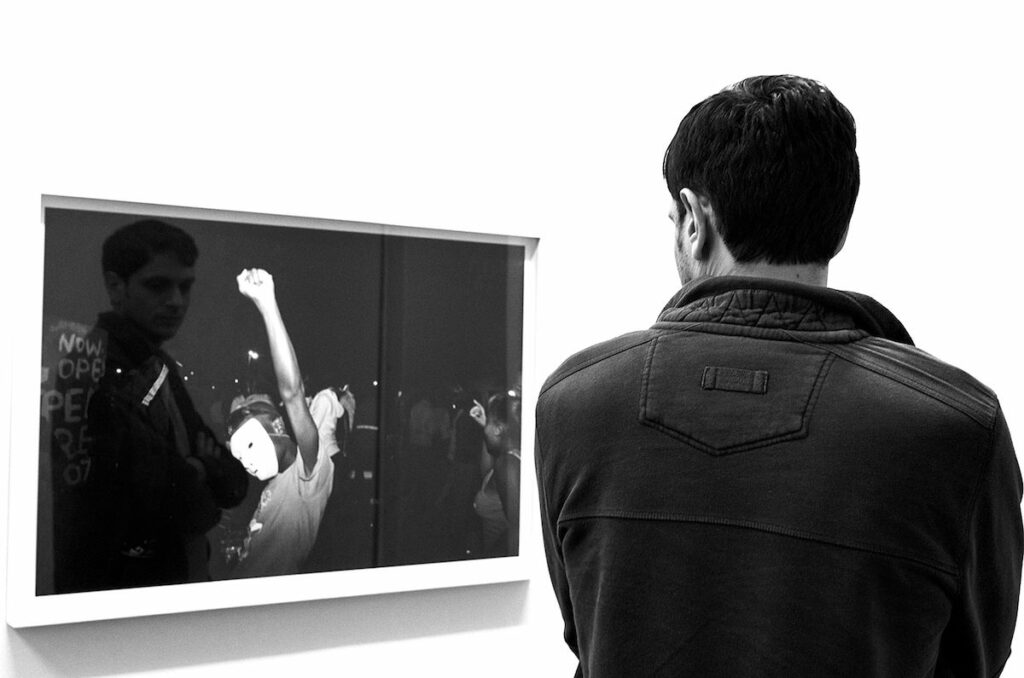 SJ: Following the suicide of young celebrated photographer Thabiso Sekgala, who also attended the Market Photo Workshop, suicide has been a topic in the media and it is something that is explored in your exhibition. Would you mind touching on this topic?

MN: For me, I think it isn’t just about not having money or fighting with a girlfriend when people commit suicide. I think it’s something that is out there and points to something that we’re in search of but we’re not too sure what. Right now, I can’t pinpoint the reason for suicide and say “this is the cause”, but it’s something that this generation and artists in general should explore.

Stefanie Jason  lives in Johannesburg and is an arts and culture writer for South African publication Mail & Guardian. Her writing focuses on visual arts in South Africa as well as music.