”Where Are You Going, White Man?”

This special exhibition on German colonialism opened in October 2016 at the Deutsches Historisches Museum and has since raised public awareness for a dark historic chapter, writes Jessica Aimufua...

For the first time, the Deutsches Historisches Museum (DHM) in Berlin ventures on presenting a long overdue exhibition on Germany’s colonial past. Titled Deutscher Kolonialismus – Fragmente seiner Geschichte und Gegenwart (German Colonialism – Fragments Past and Present), the special exhibition opened in October 2016 and has since raised public awareness for a dark historic chapter that was shut out of collective memory for too many decades. In a total of eight stations, Germany’s colonial history is thematically analyzed. The team of curators working with Heike Hartmann and Sebastian Gottschalk decided on a fragmentary approach for the exhibition, and anyone who enjoys engaging with topics in an associative manner is more likely to get their money’s worth than those who prefer a chronological understanding of history.

From 1884 to 1918 the German Empire had so-called “protectorates” in East and Southwest Africa as well as in parts of China and the Pacific. This colonial allocation is visualized in the exhibition hall by means of light gray strips laid out across the walls and floors. The exhibits include artworks, documents and numerous historical objects and artifacts. The accompanying information and captions describing the objects are designed to be inclusive; therefore the information is provided both in German and English as well as in Braille, German Sign Language and accessible language. 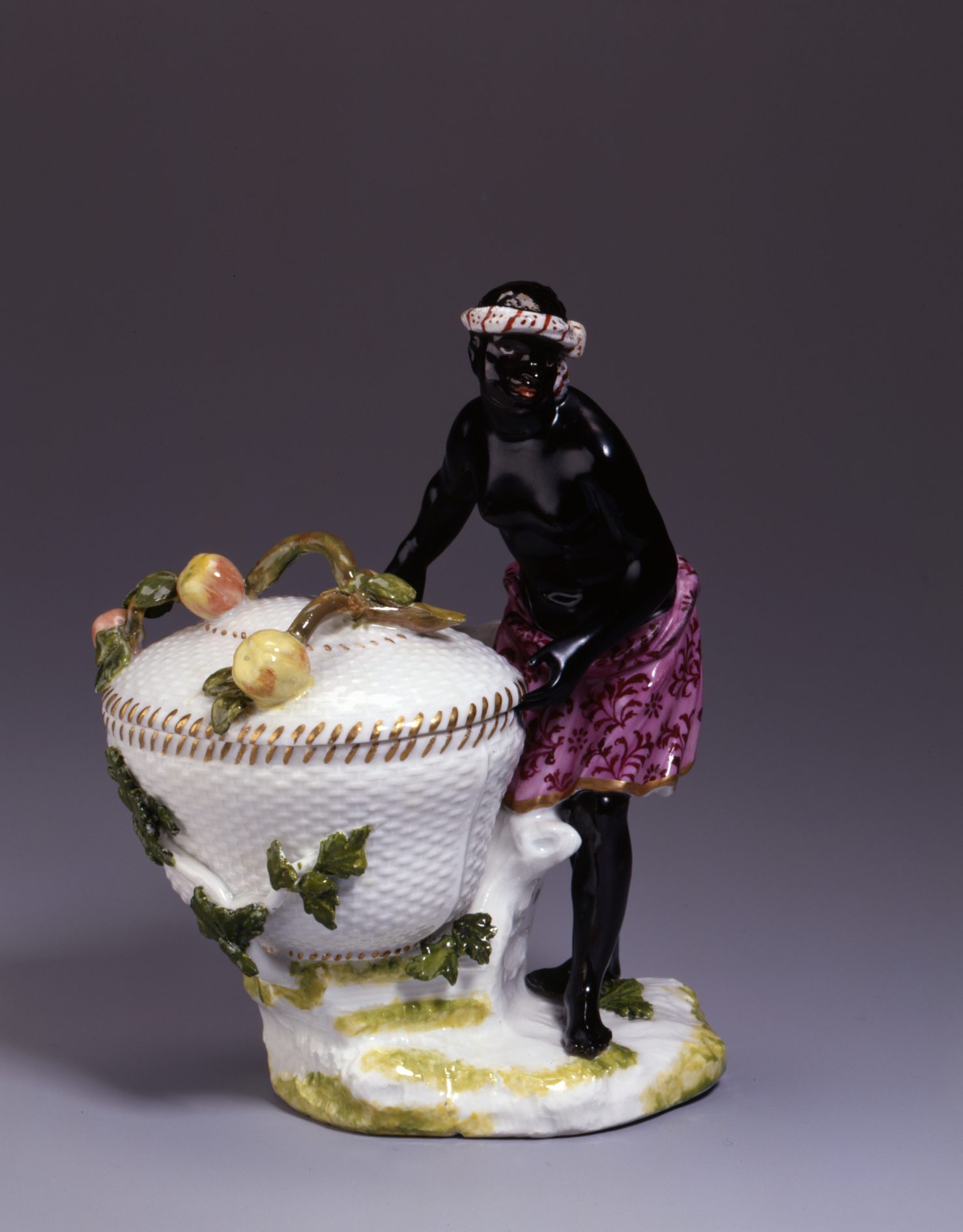 The challenges and problems of the curatorial realization of a large-scale exhibition are obvious – as much as the high expectations of the (Berlin) audience. But the DHM has committed itself to shine a light on the necessary elements as part of German history, while also taking a political stand on certain issues. The strategy of a fragmentary arrangement has the advantage of not allowing for a dramaturgical heroic interpretation of the martial hegemony. Instead of indulging in historical portraits, the curators opted for a narrative in fractions, denying visitors the possibility of an affirmative reveling in the past. From the genocide of the Herero and Namaqua to the Maji Maji War and the brutality in colonial everyday life: the representation remains factual and the question of guilt unambiguous. Thus, the Herero and Namaqua Genocide is actually named as such, countering the policy of the Federal Government, which has so far not taken a clear position regarding this colonial atrocity.

The section “Decolonization and divided memory” reveals that this formula is to be taken literally. Lying on its side, one can see the graffiti-adorned statue of the brutal colonial governor Hermann von Wissmann. In the course of student protests it was knocked down in 1967 and is presented in the exhibition hall void of all grandiosity.

For the most part, the exhibition reveals an undeniably German and therefore Eurocentric perspective on colonial rule. And even though the Namibian historian Memory Biwa and the Tanzanian curator Flower Manase Msuya appear in the register as “curators in residence,“ both were only called in at a point in time when the conceptualization of the exhibition had been largely completed.

Occasionally the exhibition nevertheless makes an attempt of changing perspective, for example with the wooden sculptures in the first station. The so-called “Kolonfiguren” (colon figures), portraying the colonial masters in an exaggerated manner, were crafted by colonized people and are thus supposed to enable a reversion of the gaze. What makes this approach dangerous is that it equates two types of representation of what is foreign – satirical exaggeration on the one side and racist stereotyping on the other. 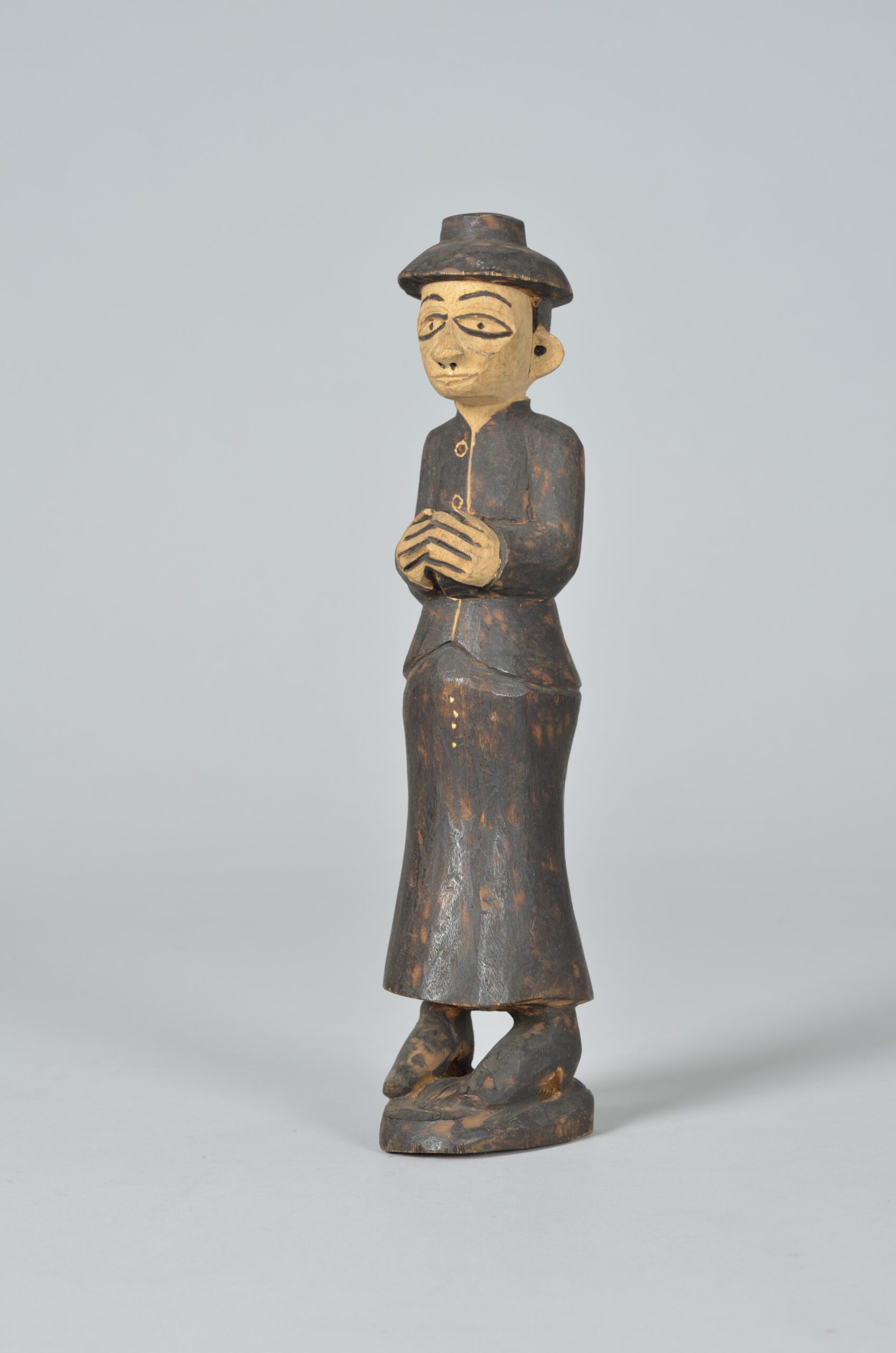 With around 500 exhibits on 1000 square meters, the exhibition displays too many objects in a confined space, although hardly any copies or illustrations were used. One of the information texts states that the provenance of most objects is unaccounted for, however, it can be assumed that the major part of the artifacts on display are stolen goods. Thus, the object fetishism displayed here inevitably also implies an aspect of violence and the objects being presented embody the very auratic presence and that mystical allure of everything foreign that an exhibition with a critical approach should strive to avoid.

In the abundance of objects, racialized representations of the colonized are predominant. From the “Sarotti Magician” to illustrations on advertising posters to storage tins, each of the eight stations displays stereotypical images. But despite the vast number of racist depictions, the curators cling to the exemplary: the accompanying information remains largely superficial and provides little enlightening impetus. However, considering the continued denigration and exotization of people of color, a far more critical approach to the display modes would have been necessary in order to expose the racist concept of humanity that colonialism is based upon. 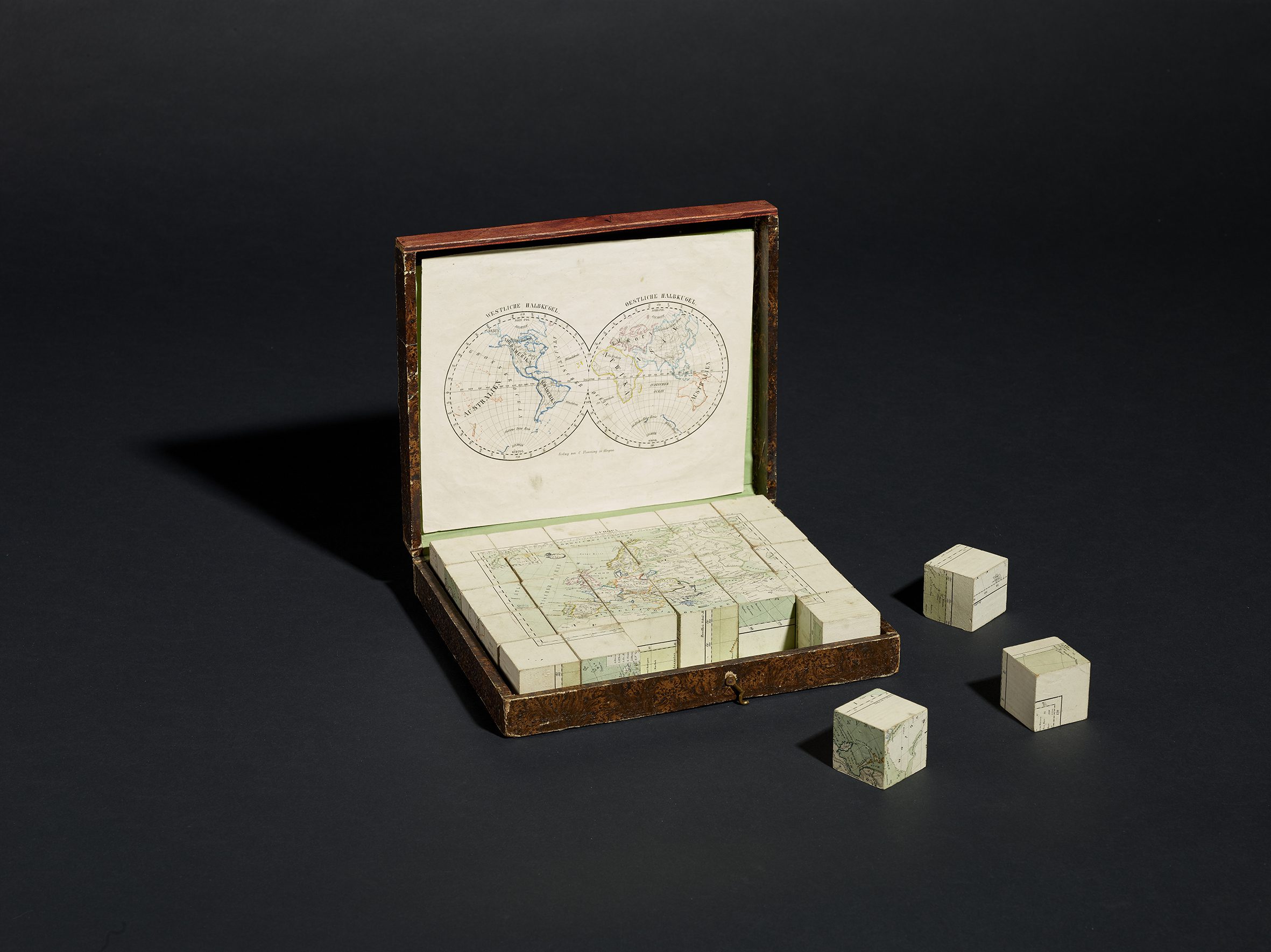 The last station of the exhibition comprises a presentation of the New Black Movement in Germany including photographic material, Afro-German Literature and Satch Hoyt’s design for a monument, Shrine of the Forgotten Souls. Unfortunately the installation is almost hidden in the far corner of the exhibition hall, so that a large part of the visitors will probably hardly notice it at the end of their exhibition tour.

The title of this last station is: “Postcolonial present?” With a deliberately placed question mark, it constitutes the exhibition’s ambivalent nodal point. Two elements are especially eye-catching: on one hand, video footage of representatives of the association Berlin postkolonial e.V. criticizing the future museum “Humboldt-Forum” in their statements and advocating for reparations as well as the restitution of colonial loot. On the other hand there is Jürgen Ellinghaus’ documentary film Togoland November, specifically focusing on German virtues and the legacy of the colonial rulers, thereby painting a strangely one-sided and Germanophile picture which evokes the myth of the “white savior”. In a key scene of the eleven-minute film, a Togolese orchestra can be seen playing the German national anthem in a church. Anyone who until now has not heard the faint overtones will hear them now: the anthem of the Germans permeates the exhibition in the Deutsches Historisches Museum like a leitmotif. In a eleven-minute cycle it echoes from the walls of the museum hall – just as the inevitable question of guilt.

While awareness for colonial history seems to be growing at the DHM, prospects for the present are not so clear. Between affirmation, repression and criticism of the colonial past, the question remains, “Yovo yovo oú vas-tu?” (Eng. “Where are you going, white man?”).

German Colonialism – Fragments Past and Present runs until May 14, 2017 at the Deustches Historisches Museum, Berlin.

Based in Berlin, Jessica Aimufua is a writer, editor and translator.