Body Talk: Feminism, Sexuality and the Body in the Work of Six African Women Artists

Body Talk addresses issues of feminism, sexuality and the body, as they play themselves out in the work of a generation of women artists from Africa active since the late 1990s.

Bringing together artists from different regions of the continent, this group exhibition strives to define and articulate notions of feminism and sexuality in the work of women artists whose body (their own or that of others) serves as a tool, a representation or a field of investigation. In their work, the body manifests itself, whether sequentially or simultaneously, as a model, support, subject or object.

The critical resonance of a specifically African—and black—feminism, together with the spread of artistic practices in global networks have given shape, since the 1990s, to the development of a black feminist art. Stemming from the continent and the Diaspora, this black feminist art depicts bodies that continue a tradition of activism and freedom of expression, which it displays with references to historical and political figures, and through the recreation of modern personas, of past and present bodies, all of which the artists appropriate.

Each of the artists is particular in the way she materially positions her body in a story, and in its rereading, as in a singular space within an increasingly uniform world. It is this unity of purpose in the diversity and subjectivity of forms and answers that Body Talk will try to uncover by exhibiting those who expose bodies, or their bodies.

The exhibition presents a combination of newly commissioned and existing works dealing with the issues raised by such exposed bodies. The works of the six participating artists can be seen as so many ways of reexploring, reintegrating and reincarnating the body; in relation to the media of contemporary art. 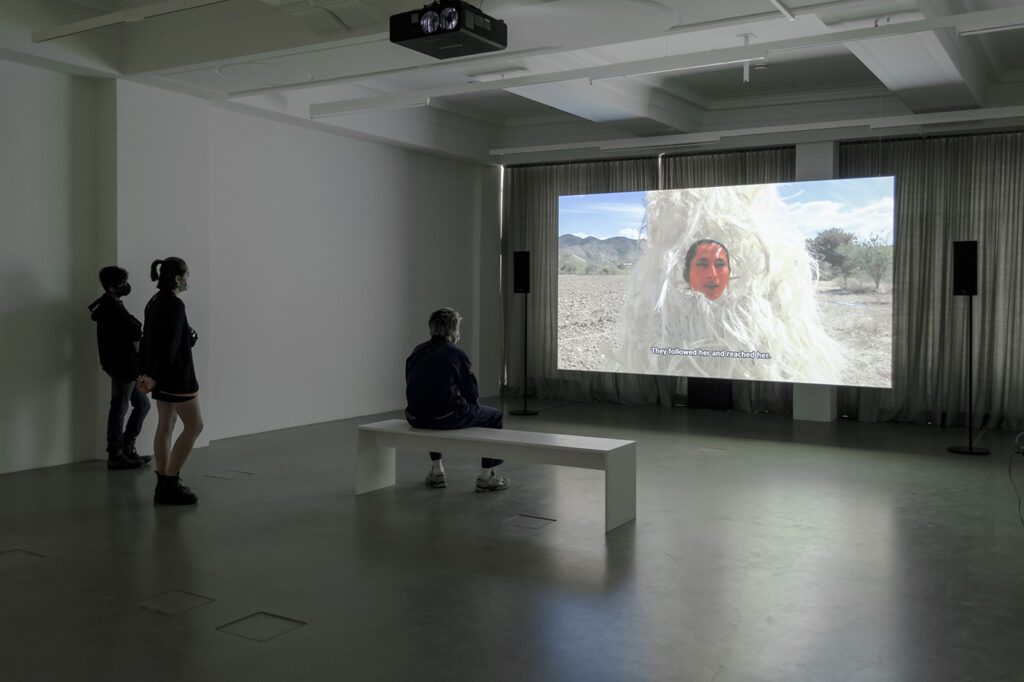