Headed by Bonaventure Soh Bejeng Ndikung and featuring a curatorial team including Aziza Harmel, Astrid Sokona Lepoultier, and Kwasi Ohene-Ayeh; as well as artistic advisors Akinbode Akinbiyi and Seydou Camara; and scenographer Cheick Diallo, the 12th Bamako Encounters is one of the largest to date. The artist list is equally expansive, with 85 artists and collectives who reflect a truly global and complex African experience and culture. Bamako-based Malian writer Ousmane Diarra comments on the particularities of this edition.

A strong show of African solidarity that Mali will remember

The Bamako Encounters biennale has gained an international reputation as one of the key events in the photographic calendar, bringing together artists from all over the continent and the African diaspora to celebrate this significant  art form.

The massacres and lethal attacks on civilians and military personnel in certain countries of the Sahel meant that holding this 12th edition of the biennale entailed considerable challenges. It was thought that few artists would be tempted to make the trip to Bamako, especially given that the killers have made artists a “prime” target, in particular those they call “people of the image”—ie, photographers, painters, and sculptors, whom they accuse of “wanting to imitate God”. 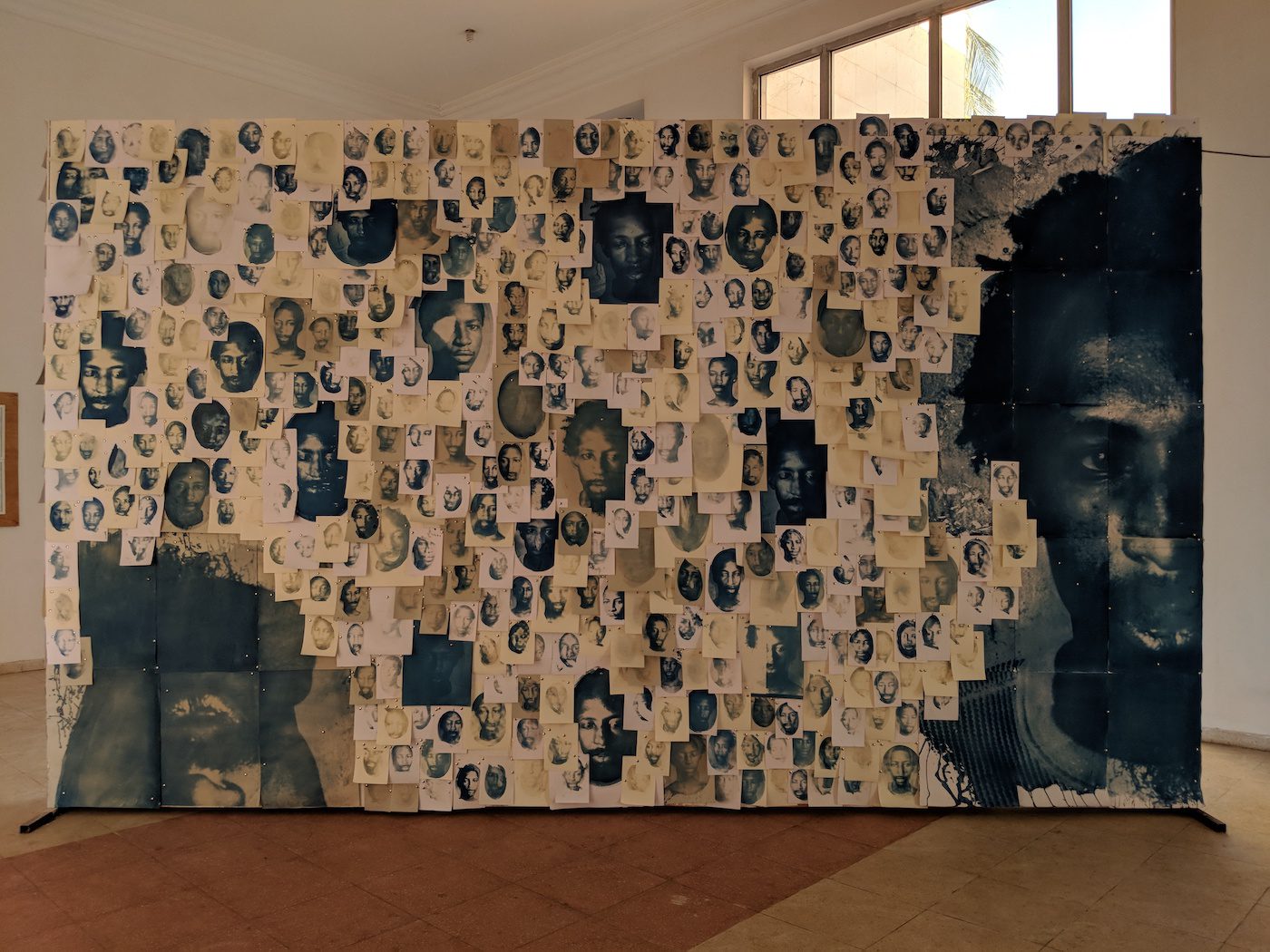 This challenge was met with flying colors. First of all, by the artists themselves, who braved the climate of fear that the terrorists set out to propagate throughout Africa. Photographers and art lovers have converged on Bamako with their work in tow and flocked to its museums, galleries, cultural centers, and schools, as if echoing the title of Aziza Hamel’s exhibition S’en fout la mort! (To Hell with Death): “It is we who are the strongest and the bravest—the proof being that, armed only with our cameras, we scare you witless, you who only know how to make the ‘Kalash[nikov]’ wail over and over again.” It is a show of solidarity that Mali can never forget.

Photographs that invite us to look ourselves right in the eye

But first, reading the catalogue and looking at the photographs reminded me of an old man in Bassala, my small village in north western Mali, who one day asked me to help him express his grief in a letter he wanted to send to his son who had gone abroad. I was 15 years old and all I could write was this: “Your father asks you to see the tears flowing down his cheek …” If I had been a photographer with a camera I would have been a bit more persuasive. And the pictures I would have taken of the old man’s words might have better helped to express the woes of migration.

In other words, photography—at least for me—is not content with merely capturing an image viewed through a camera lens: it never has been, or else anyone could have become a Seydou Keïta, a Malick Sidibé, or many others like them.

Which is to say that photography calls for an act of creation; it is an art that is at once both singular and global, demanding the rigor and depth of thought of the philosopher, the talent and sensitivity of the poet or the musician, and the creativity of the painter or the sculptor. All of this can be found in the exhibitions and catalogue of this 12th edition of the International Biennial of African Photography. 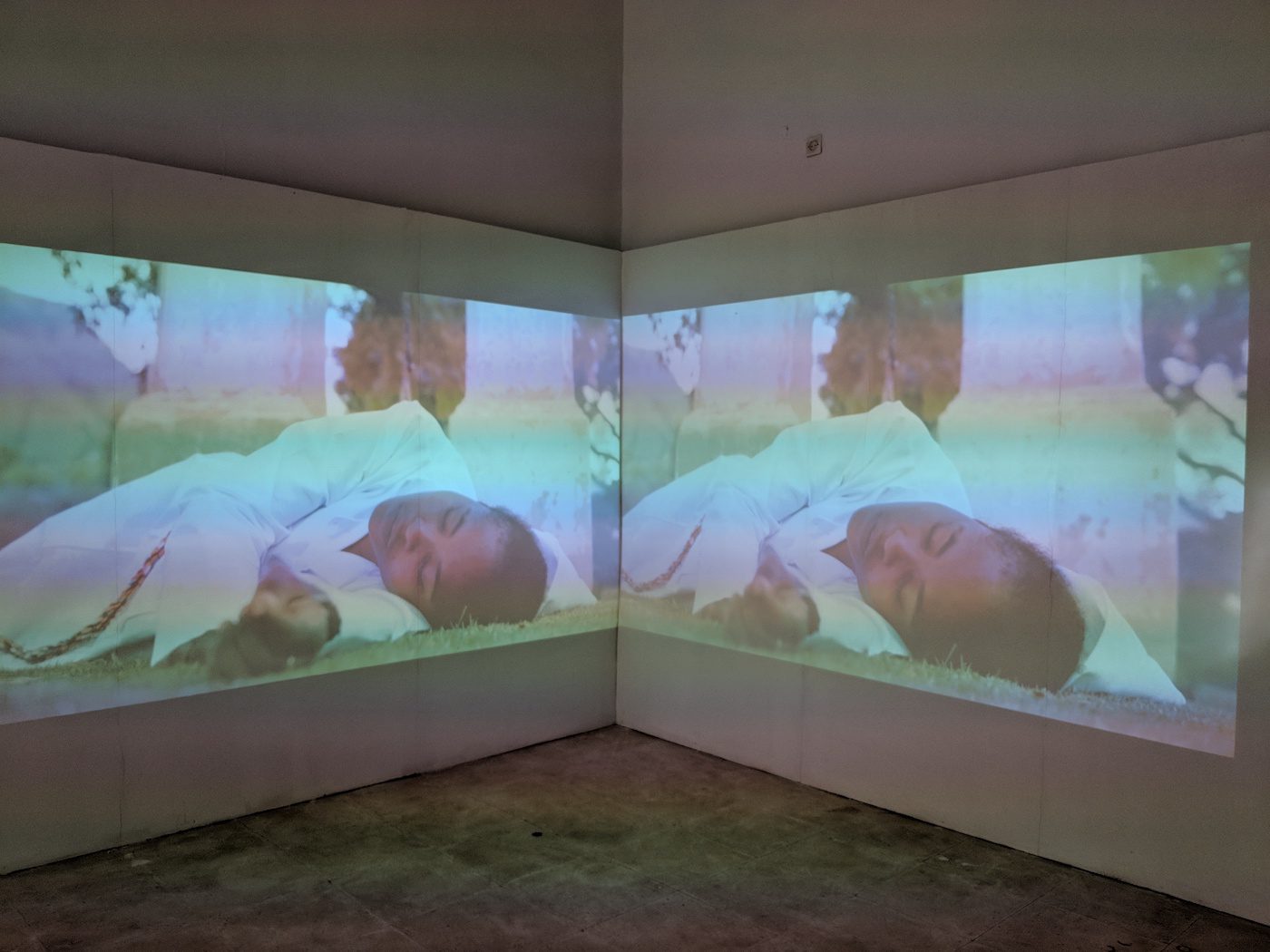 The show revisits all the topics that are of special importance to the African continent and to humanity at large: history in spite of slavery, colonization and apartheid, and the burning issues of our time—migration, terrorism, the female condition.

Established and up-and-coming photographers alike astonish us with their inventiveness and creativity in revealing the immense cultural wealth of the African continent.

Congratulations to all the artists and organizations involved, and long live the Bamako Encounters!

The 12th edition of the Bamako Encounters – African Biennale of Photography – continues in Mali until 31 January 2020.

A graduate of the École Normale Supérieure de Bamako (Modern Letters), Ousmane Diarra is a novelist, poet, short story writer and storyteller. With Editions Gallimard he has published La route des clameurs (2014 and 2020 in folio) as well as Vieux lézard, Pagne de femme. He has also published collections of short stories and poetry, as well as several more children’s books in Mali and in Europe. Ousmane Diarra works as a librarian at the Institut Français in Mali.