In the 1960s in Southern Rhodesia, the International Congress of African Culture made history by gathering influential delegates and curators, museum directors and scholars from across the world to praise art made in Africa. The guests included Mozambican architects and the MoMA’s first director, who came together to interrogate Blackness and arts from African perspectives. Yet, ironically this took place in a country shortly before its white minority government declared independence unilaterally. Here, writer and editor Percy Zvomuya investigates the significance and problematic aspects of this major event

Scholars, Museum Directors, Curators and Artists at the International Conference on African Cultures, 1962. Courtesy of the National Gallery of Art in Zimbabwe.

In reviewing the significance of the International Congress of African Culture that had taken place in August 1962 in Southern Rhodesia (now Zimbabwe), British curator Frank McEwen spoke as if already addressing posterity. “People, familiar with art, were astounded that such a manifestation as this congress could have taken place in Salisbury [now Harare]. No such festival has been held in any part of Africa before. I think it will take this country several years to realise the importance of what has happened here,” McEwen, the founding director of the Rhodes National Gallery (now National Gallery of Zimbabwe), told the Evening Standard of London.

We have to be wary about McEwen who was prone to occasional melodrama and hyperbole in his writing and conversation; but in that summation of the conference, McEwen was right. With time, the International Congress of African Culture (ICAC), together with the 1962 conference of African writers at Makerere, Kampala, Uganda; the two FESTAC events, the first in Dakar, Senegal, in 1966 and the second in Lagos, Nigeria, in 1977, have come to be remembered as grand gatherings convened on the continent to interrogate Blackness, the condition of Black people and arts from African perspectives.

For a conference meant, in the words of McEwen, “to exalt the greatness of African art, ancient and modern; and to demonstrate the important influences of African culture on western civilization,” Southern Rhodesia was not a suitable host. That it hosted this conference ahead of recently independent countries like Nigeria and Ghana is better understood as one of the ironies of history. For around that time, Southern Rhodesia’s politics had become toxic. In 1962, a few months before the conference, the conservative Rhodesian Front had been formed. This was the party which under Ian Smith would veer towards the extreme right; this resulted in a unilateral declaration of independence (UDI) from Britain, which then prompted an armed nationalist war which only ended in 1979.

There were no special reasons for (then) Salisbury to host this conference. “There are no particular reasons but those of circumstances. The idea was brought here and it developed. There is also a magnificent new gallery situated in one of the best climates in the world…” McEwen wrote. The curator had moved from France in 1957 to take up the position of director of the gallery, then not even complete, a building designed by the architect firm Montgomery and Oldfields, students of Le Corbusier. The Mexican-born British artist, critic and educator had been in Paris and was friends with or had known artists like Pablo Picasso, Georges Braque, Constantin Brancusi, Graham Sutherland, Henry Moore, Georges Salles and others.

The principal aim of the conference and exhibition was to show “some of the prominent influences of African and of neo-African art and music on 20th century culture in the world.” The main exhibition, comprising 100 “masterpieces of ancient African sculpture,” ranged from 2000-year-old Nok terra-cotta pieces to Benin bronzes from between the 15th and the 19th centuries, right to around 50-year-old wood carvings; also included were paintings, masks, sculptures, and other objects borrowed from the collections of galleries and museums in Africa, Europe, and the United States of America. The main show was accompanied by satellite exhibitions which showed “African influences on the School of Paris” and other European movements; “African influences in Brazil”; “African influences in the West Indies”; “African influences on North American Negro Art” and “contemporary African art from most parts of Africa (south of the Sahara)”. 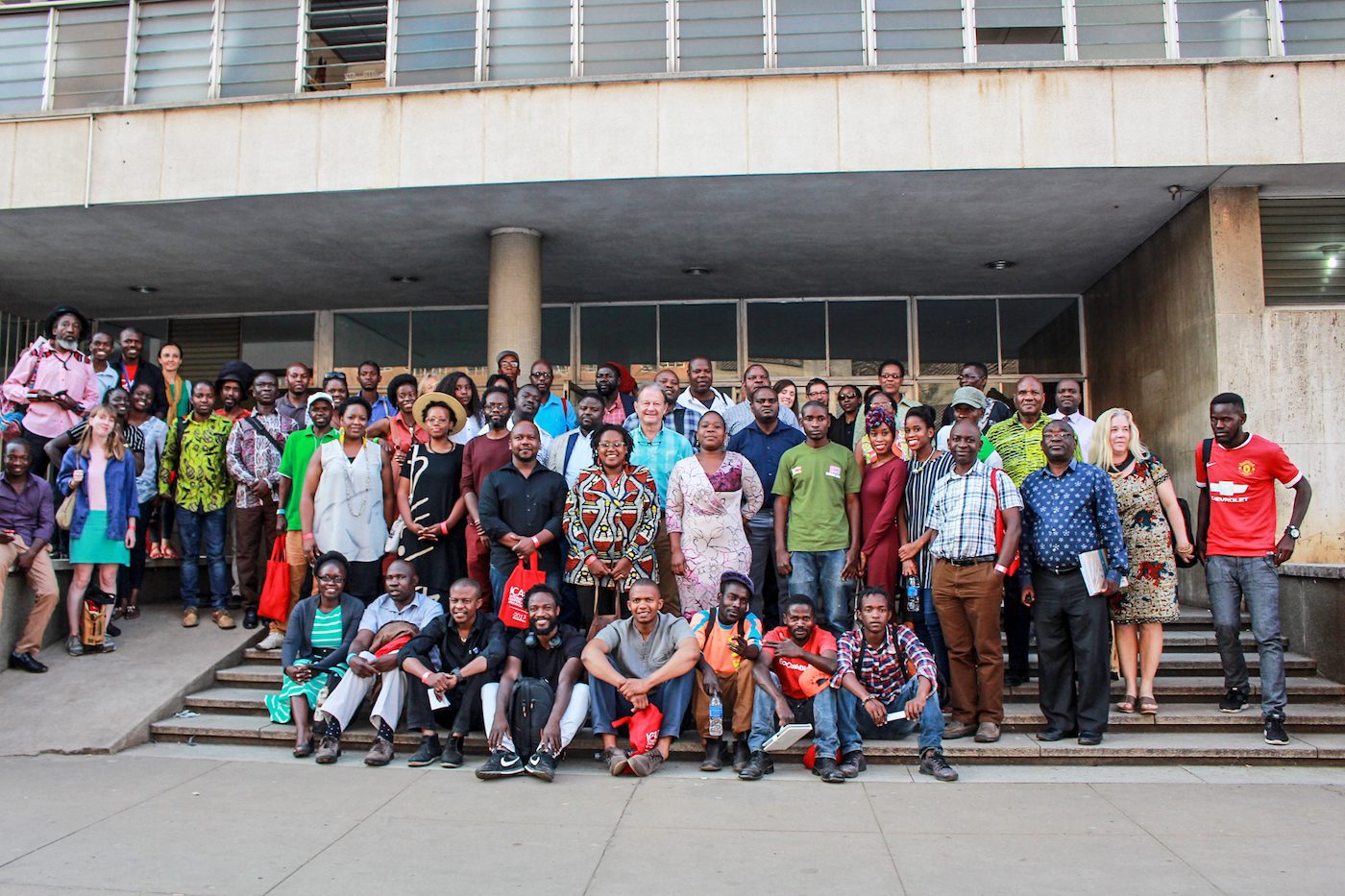 Participants of the International Conference on African Cultures 2017. Photo: National Gallery of Zimbabwe

The delegates were influential and respected curators, museum directors and scholars invited from across the world. These included William Fagg of the British Museum; Alfred Barr of the Museum of Modern Art; Ben Enwonwu, a Nigerian sculptor and advisor to the Nigerian government; Percival Borde, a Trinidadian dancer and choreographer; Pancho Guedes, iconic Mozambican architect; Tristan Tzara, artist and founder of Dadaism; Robert Goldwater of the Museum of Primitive Art, New York; Bohumil Holas of the Centre des Sciences Humaines, Cote d’Ivoire; Vincent Kofi, a Ghanaian sculptor; Selby Mvusi, a South African-born artist and educator then based at the University of Kumasi; Hugh Tracey, a South African musicologist; Pearl Primus, an Afro-American dancer, educator and choreographer; Janheinz Jahn, a German scholar; William Bascom, an American anthropologist and museum director; Saburi Oladeni Biobaku, a Nigerian historian, pro vice chancellor of the University of Ife and director of its Institute of African Studies.

These scholars and curators were invited to present deliberations under the following rubrics: art from Africa; space and infrastructure for art and culture on the continent; and heritage and conservation. After the conference, I sat down with Chikukwa to reflect on the indaba, a question and answer interview which will appear in the next installment of this two-part series.

Percy Zvomuya, a writer and editor, has been researching the 1962 International Congress of African Culture since 2014. In September 2017 he was a mentor for the C& Critical Writing Workshop which was held in Harare and made possible by the support of the Ford Foundation. The piece will be also published in a forthcoming issue of Chimurenga magazine dedicated to Black conferences.