Photographic portraiture—of the self as much as subjects choreographed for the camera—is a central offering at the newly launched Zeitz Museum of Contemporary Art Africa (Zeitz MOCAA), a one-hundred-gallery, nine-floor private museum that opened at a harborside address in Cape Town, South Africa’s leisure capital, and focuses exclusively on twenty-first-century art from Africa and its diaspora. Named after Jochen Zeitz, the former CEO of sportswear brand PUMA SE, whose art collection is on a twenty-year loan, the museum’s eleven inaugural exhibitions survey a broad range of contemporary artistic practices, many inventively using the camera to assert black identity and record performative engagements with social issues.

“I don’t know if I am backing the wrong horse, but I think it is going to help with public engagement,” said Mark Coetzee, Zeitz MOCAA’s executive director and chief curator, of his decision to make the figure the defining leitmotif of his museum’s opening exhibitions. Coetzee explained that his decision was influenced by two key factors: the fetish value of “selfies and the photographic image” among millennials, and the still-pressing need, in postapartheid South Africa, to offer black museumgoers work that they might identify with. “I think it is a very effective way to say to our audience that not only are they welcome here, not only does this institution belong to you, but the images that we show and celebrate are you as well,” Coetzee said. 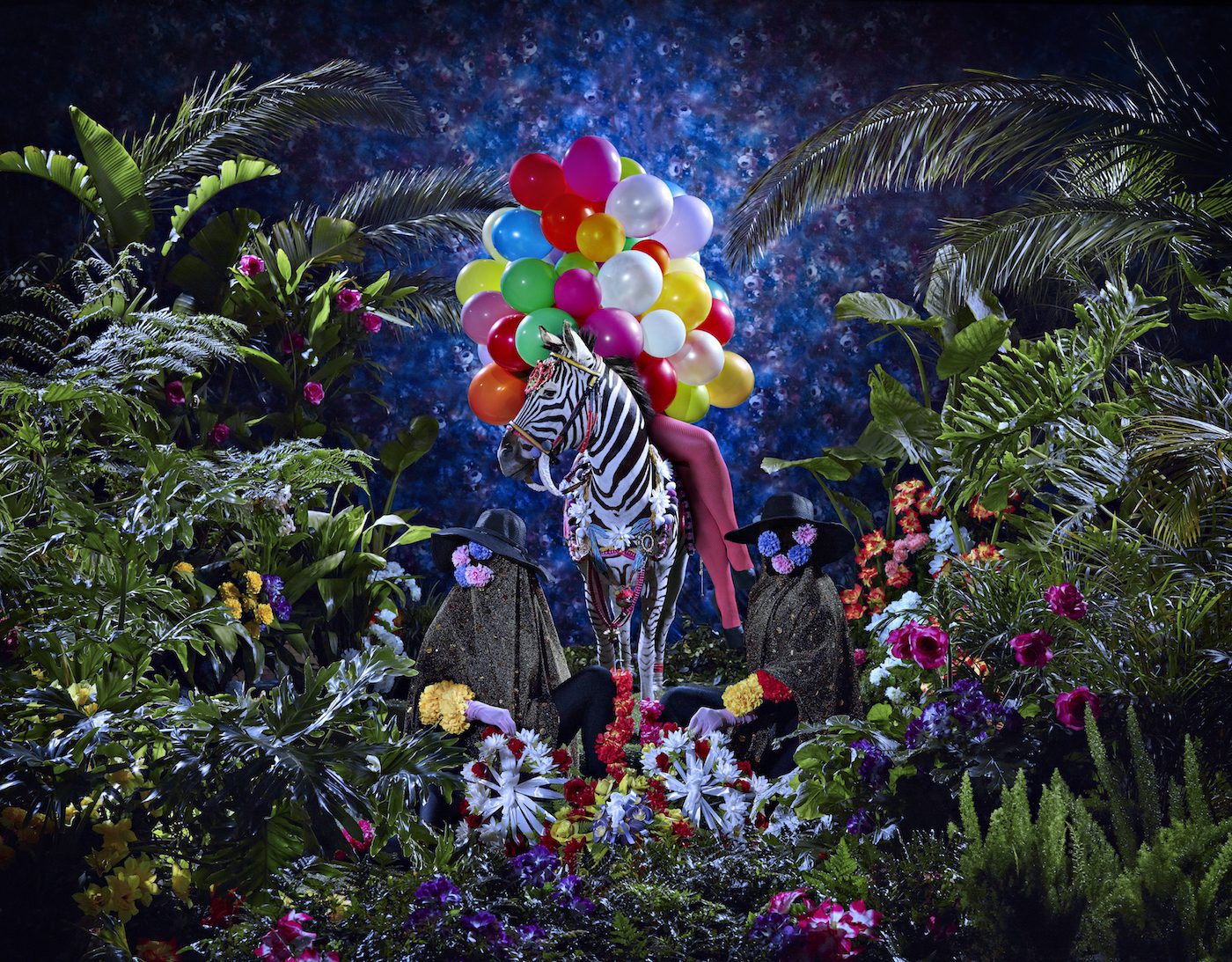 Athi-Patra Ruga, The Night of the Long Knives III, 2014
Courtesy the artist and WHATIFTHEWORLD, Cape Town and Johannesburg

Cape Town-based artist Athi-Patra Ruga’s eye-tingling triptych, The Night of the Long Knives I-III (2013), forms part of Coetzee’s group exhibition All Things Being Equal …, which also includes lens-based work by Malagasy artist Joël Andrianomearisoa, American Rashid Johnson, Briton Isaac Julien, and lesser-known South Africans such as twin brothers Hasan and Husain Essop, Mohau Modisakeng, and Thania Petersen. “I like the fact that the museum buys my black body, or the representation of it, so that it fills up these spaces,” Ruga said of his self-portraits, which portray him in a balloon costume astride a zebra in a lush tropical setting, and tell the mythical story of a future South Africa ruled by LGBTQI-friendly female monarchs. Underscoring Coetzee’s point about public engagement, Ruga added, with a seditious smile, “If a nephew walks into the space, he can send me a WhatsApp: ‘OMG, I saw your penis in Zeitz MOCAA!’”

New York-based writer Antwaun Sargent took a different view after visiting Zeitz MOCAA. Writing in an Artsy editorial, Sargent wondered if the “heavy focus on literal depictions of the black body in almost every room of the museum also runs the risk of essentializing it.” He put the question to Coetzee, who responded, “That’s a higher-level art problem.” Formerly a director at the Rubell Family Collection in Miami, Cape Town-born Coetzee joined PUMA as Chief Curator of puma.creative in 2009 and was a strategic advisor to Zeitz during a well-publicized buying spree that netted key works by Swaziland sculptor Nandipha Mntambo and South African sculptor Nicholas Hlobo, both on view in the museum. 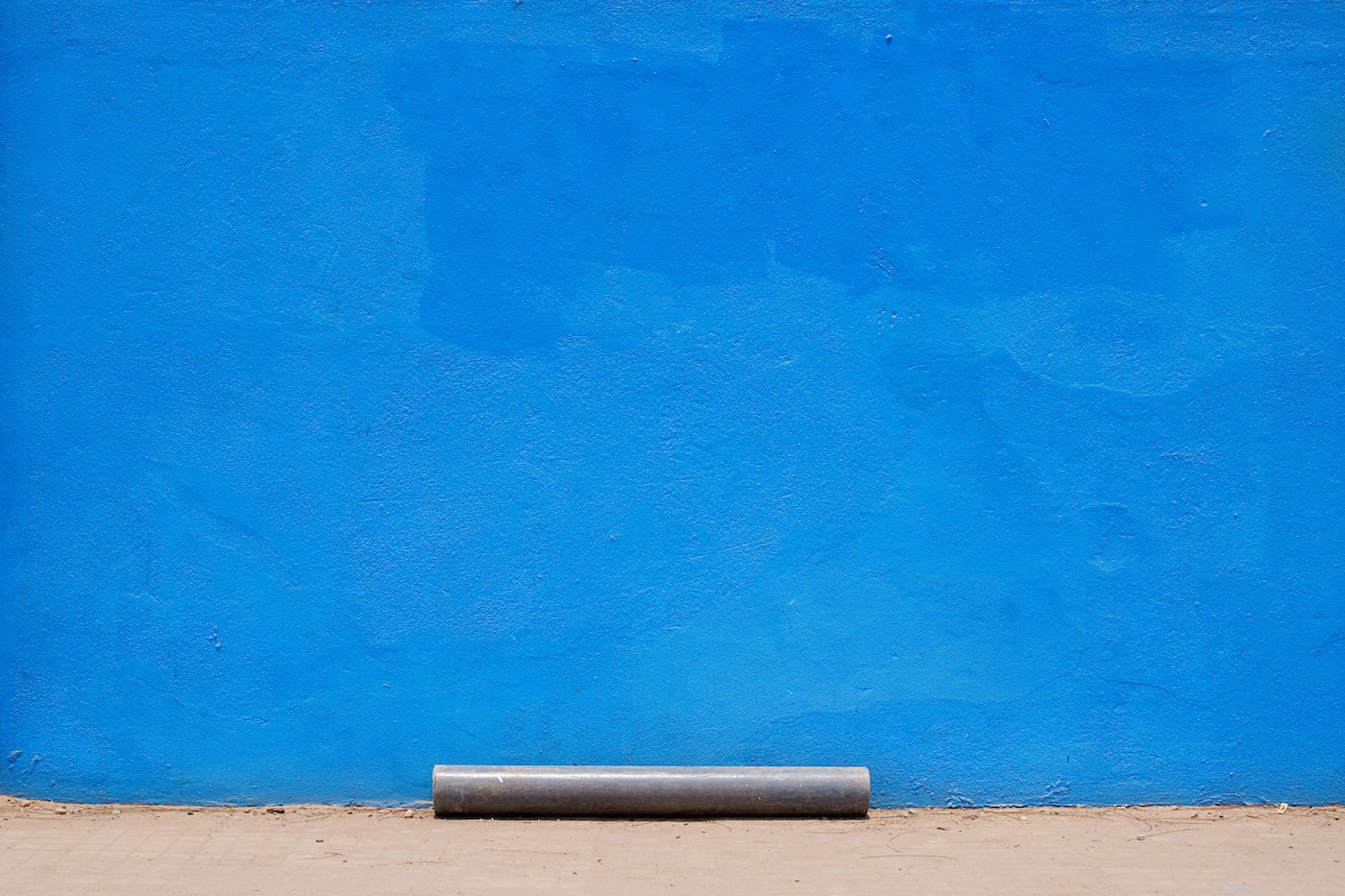 Another of Zeitz’s key acquisitions was a photographic installation by Angolan artist Edson Chagas. In 2013, Chagas won for his country the Golden Lion for best national pavilion at the 55th Venice Biennale with his exhibition, Luanda, Encyclopedic City, comprised of twenty-three stacks of mass-produced photographs of urban detritus drawn from the artist’s series Found Not Taken (2009–13). Acquired at the biennale by Zeitz, this is the work’s first public showing since 2013. The Félix González-Torres-style arrangement of Chagas’s photographs is less interesting than their insistent focus on impersonal urban spaces. Africa is the second-fastest urbanizing continent after Asia. Three untitled urban landscapes by Johannesburg photographer and Market Photo Workshop-graduate Mack Magagane, all shot at night between 2011 and 2012, are the only other works in Zeitz MOCAA addressing the experiences and realities of this difficult transition. 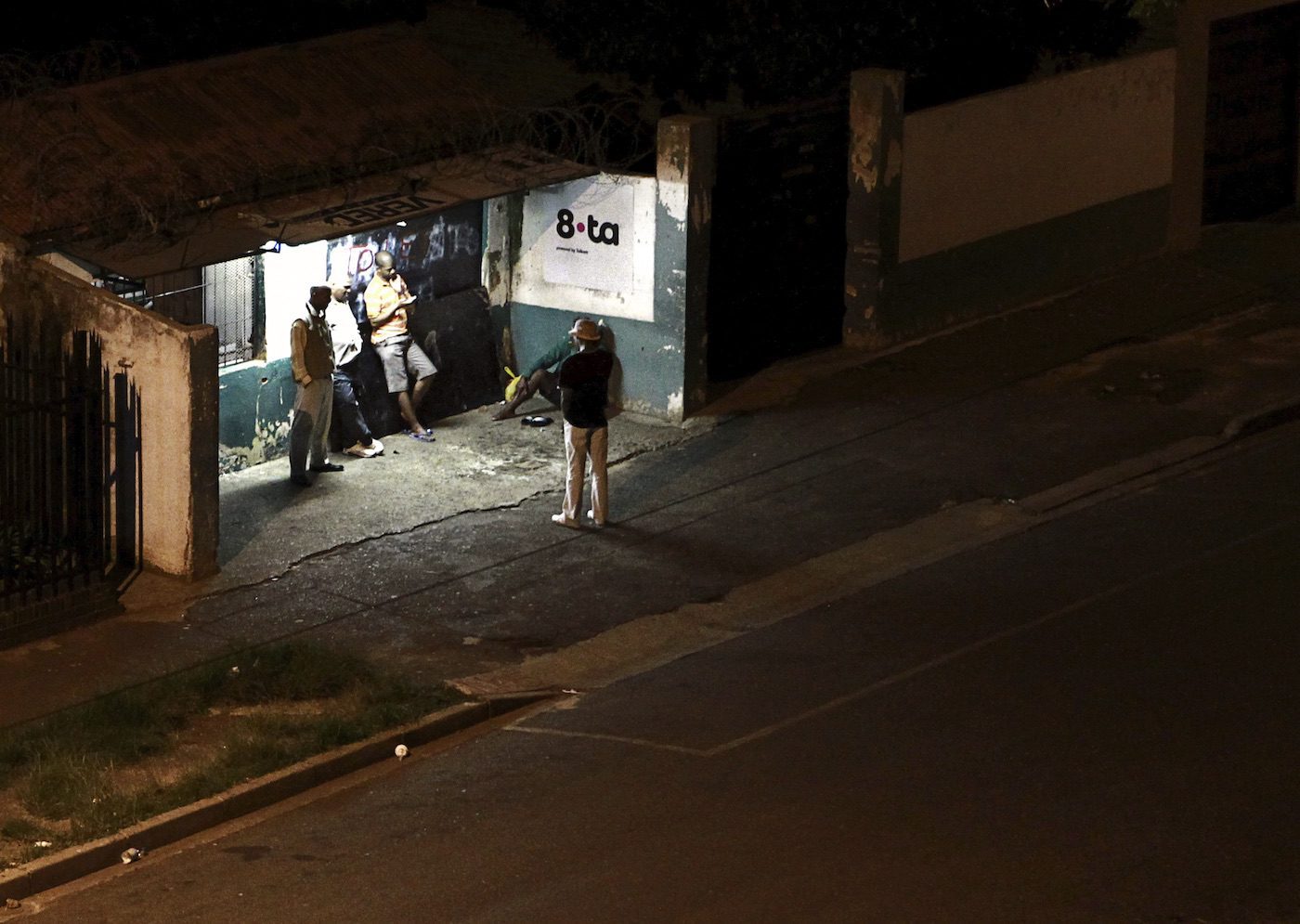 Mack Magagane, Untitled XII, 2011, from the series in this city Courtesy the artist and ROOM Gallery & Projects

Zeitz MOCAA does not have traditional museum departments defined by media, concentrating instead on six “focus areas” that include costume, moving image, performative practice, curatorship, art education, and photography. Nevertheless, the museum’s photography “area” is named after the New York-born, Johannesburg-based photographer Roger Ballen, who earlier this year made a financial gift to Zeitz MOCAA’s endowment, as well as donated one signed edition of all his photographs since 1968 to the museum’s permanent collection. “If you give it to a big international museum, the work sits in a storeroom,” said Ballen, whose work is held by the Centre Georges Pompidou in Paris and the Tate in London. “It also feels appropriate,” added Ballen, who met his South African wife in Johannesburg in 1974 and has spent much of his adult life in the country. 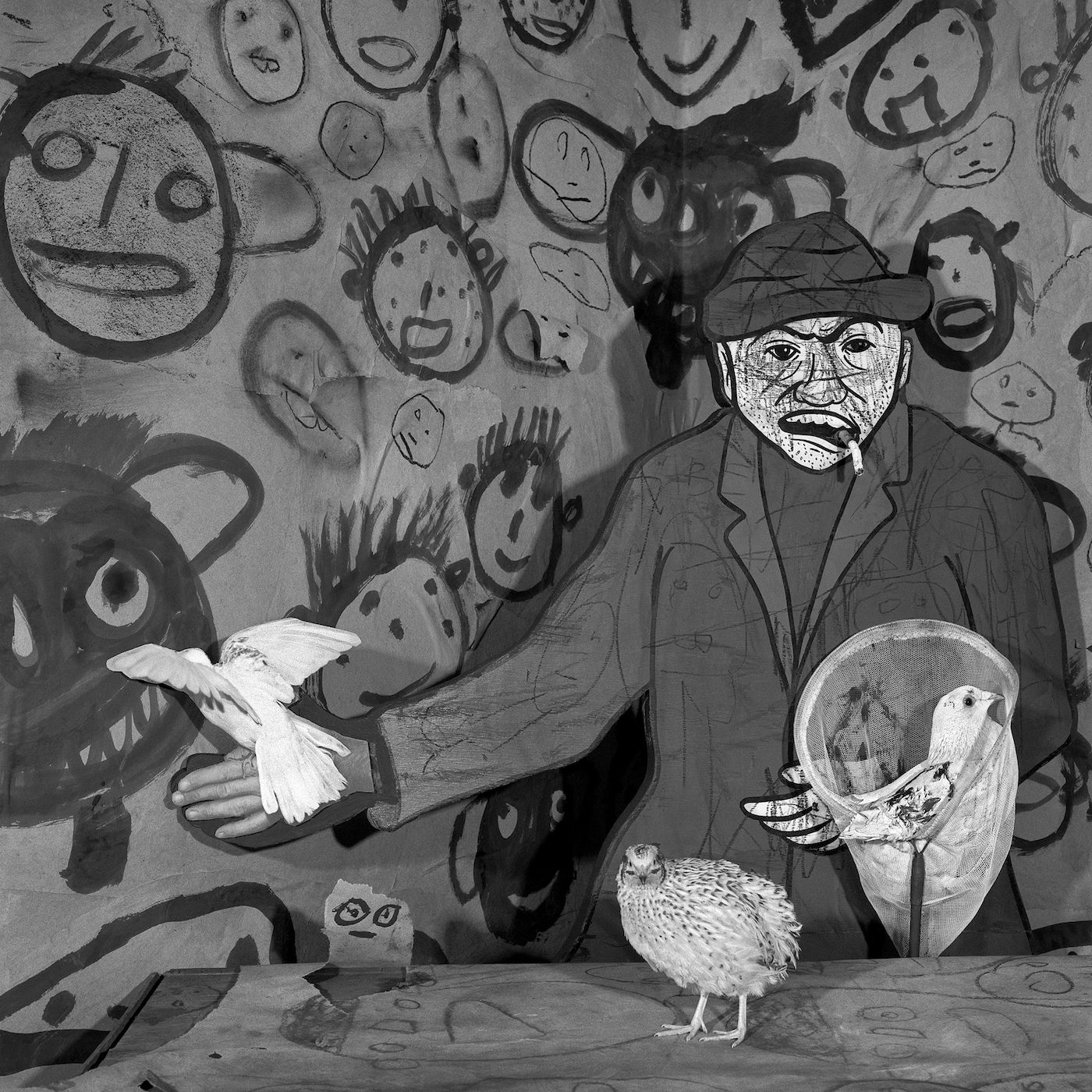 Ballen is a controversial figure in his adopted country: since the publication of Platteland (1994), which included many of his best-known frontal portraits of poor whites, he was dogged by persistent claims of exploitation. Ballen’s outlier status, particularly among liberal documentarians, was rehabilitated—or merely superseded—when he shot “I Fink U Freeky,” a 2012 music video for controversial rap outfit Die Antwoord. “Tens of millions of people became aware of my aesthetic,” said Ballen, who has four photographs in All Things Being Equal…, including Dove Catcher (2009). Coetzee, who first met Ballen at the 17th Biennale of Sydney in 2010, has also allowed the photographer to create a series of environments filled with animatronics, wall drawings, and props that reflect this lanky photographer’s interest in outsider art (Ballen prefers the French term art brut) and will likely provide instant recognition for fans of Die Antwoord. 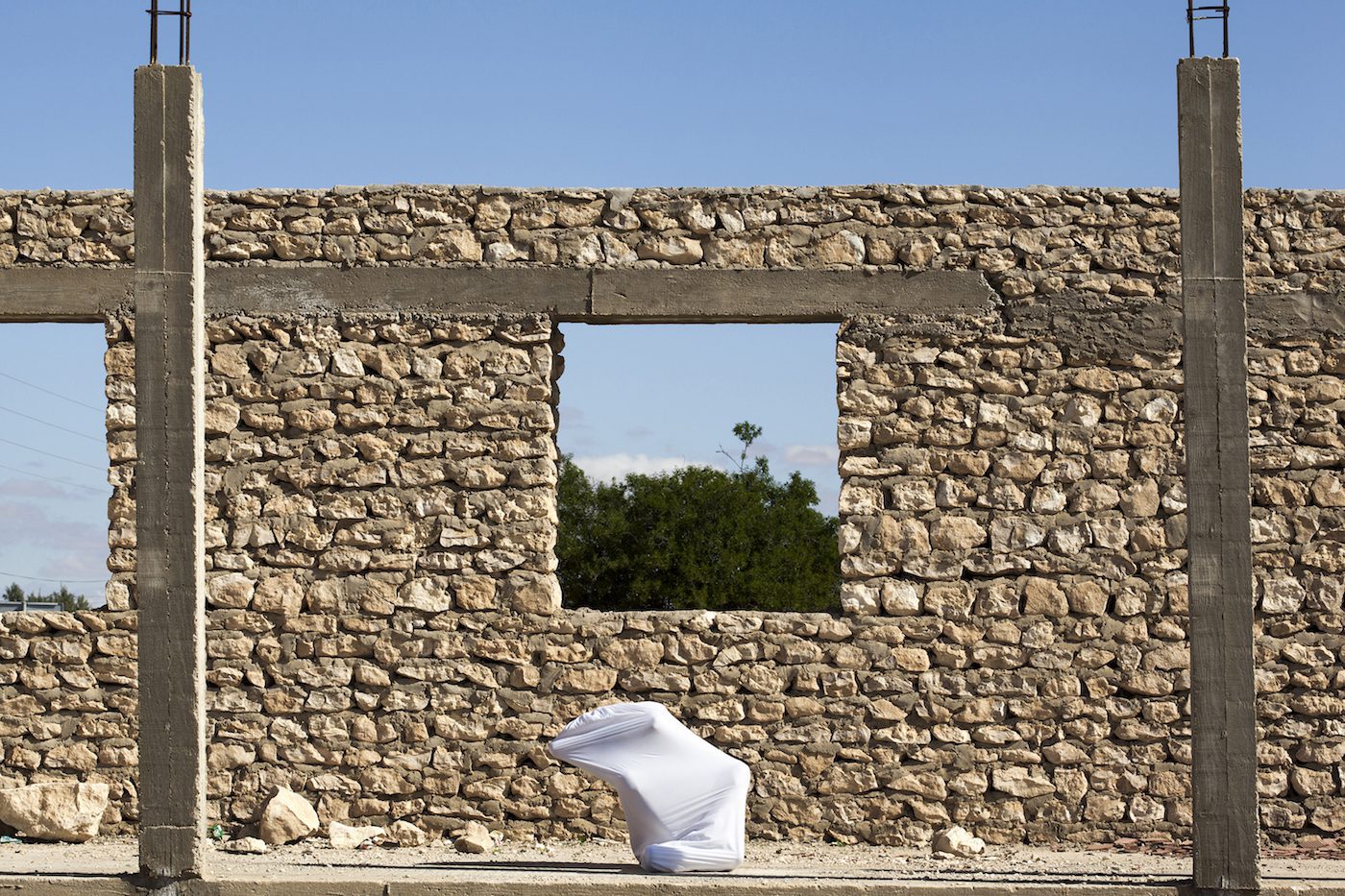 The Roger Ballen Foundation Centre for Photography’s debut exhibition is devoted to the work of Tokyo-trained, Tunisian artist Mouna Karray. Curated by Gcotyelwa Mashiqa, Off-the-Air presents a series of self-portraits of the artist obscured by a white sheet and posed in various arid landscapes in her home country’s southwest, in addition to three studio portraits that follow the same setup. Karray began working on the series in 2012, a year after the revolutionary ouster of Tunisian president Zine El Abidine Ben Ali; the work was first exhibited at London’s Tyburn Gallery in 2016. Karray’s series is informed by a postrevolutionary anxiety: the photographer has variously described her anonymous figure as a “captive” and “a figure of resistance, a figure pushing for freedom and the re-enchantment of a forgotten land.” 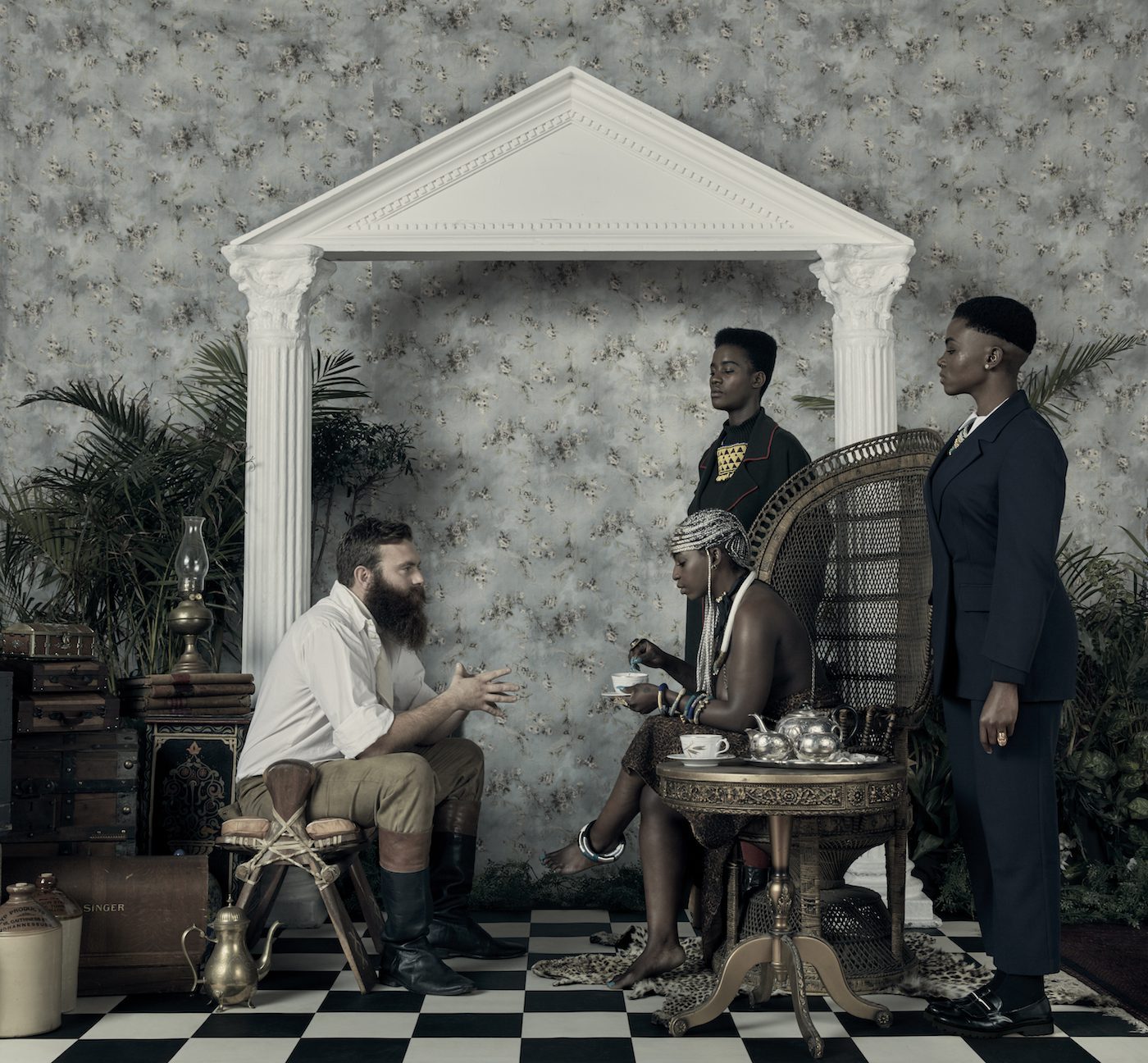 Zeitz MOCAA has two full-time photography curators, Gcotyelwa Mashiqa and Bafana Zembe, assisted by a curator at large, Azu Nwagbogu. “Photography really matters today because it allows us to explore, enquire, and investigate truths,” said Nwagbogu, a Lagos-based art entrepreneur who founded LagosPhoto, an annual photography festival in Nigeria, and also heads up the nonprofit African Artists’ Foundation. Nwagbogu’s exhibition Regarding the Ease of Others offers an insightful overview of Zimbabwean multimedia artist Kudzanai Chiurai’s practice, which encompasses agitprop posters, painting, sculpture, and—since 2009, when he collaborated with fashion photographer Jurie Potgieter on bling portraits of a fictional governmental cabinet—David LaChapelle-inspired pop-political tableaus in photography and video. 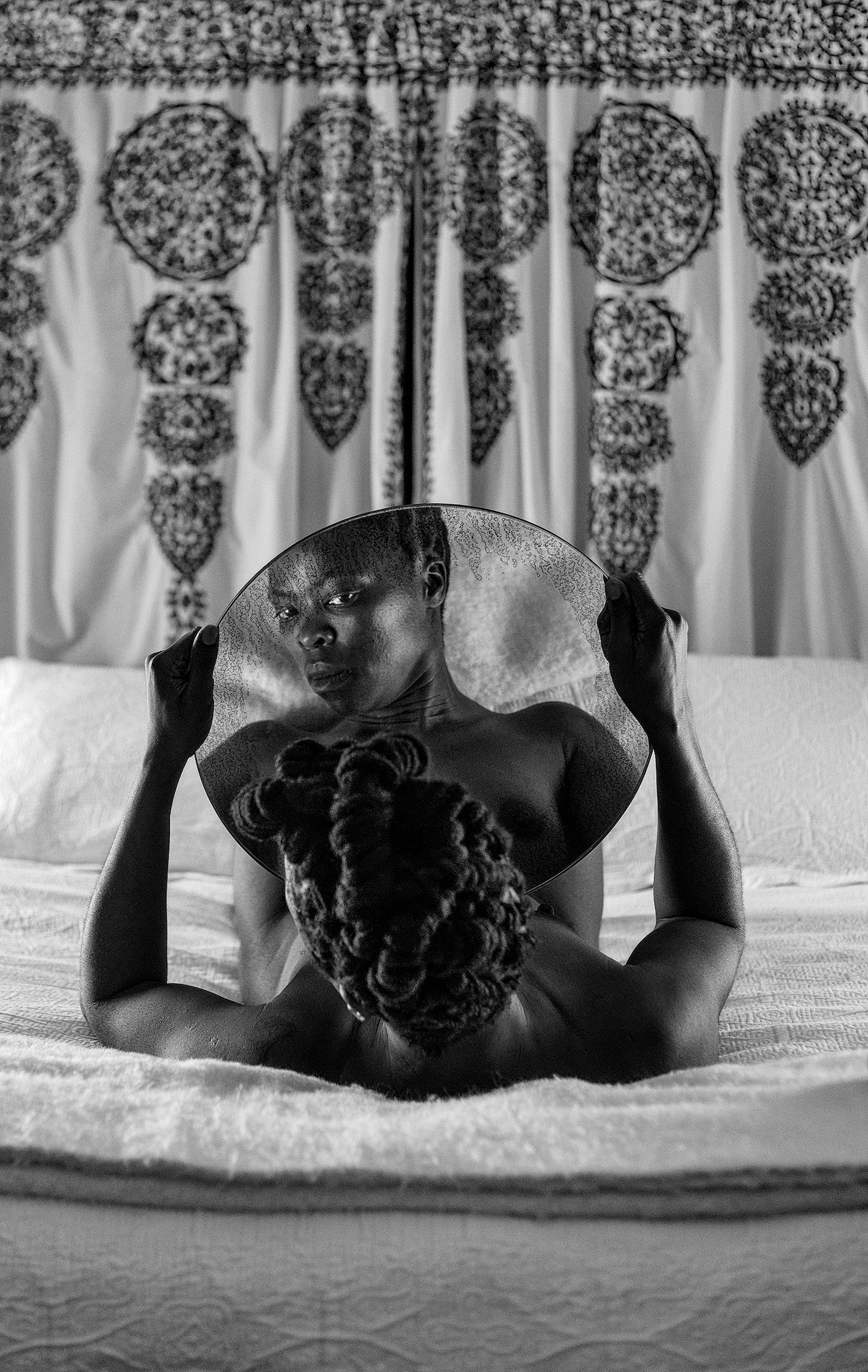 “Photography has played a pivotal role since the liberation struggles of the 1960s up until the present,” said Coetzee during a July press conference. Despite a large showing of photography, the museum’s holdings are marked by key omissions. There are no works by South Africans Moshekwa Langa, Jo Ractliffe, and Nontsikelelo “Lolo” Veleko, all included in Okwui Enwezor’s 2006 group exhibition, Snap Judgments: New Positions in Contemporary African Photography at the ICP in New York. Other notable absences include Pieter Hugo, Mikhael Subotzky, and Guy Tillim; as well as the Cameroonian self-portrait photographer Samuel Fosso, whose magisterial series African Spirits (2008), along with South African artist Tracey Rose’s self-portraits from her Ciao Bella (2001) video installation, underpin as much as clarify the self-reflexive, performative turn in African photography.

Absence and omission are not fatal in a new museum; indeed, they represent opportunities for future projects, or at least this is the hope. Among the highlights from Zeitz MOCAA’s debut showcase is a selection of five brooding self-portraits from Zanele Muholi’s ongoing series Somnyama Ngonyama (Hail, the Dark Lioness). First exhibited at New York’s Yancey Richardson Gallery in 2014, Muholi produces her frontal self-portraits alone, at home, and on the road. The darkened skin tones are achieved in postproduction. Muholi plans to produce 365 self-portraits; in January, she had achieved 120. “It is really difficult to look at yourself,” Muholi told me. “You face your demons in ways that you might never have done before.” The self-portrait, far from being procedural or obvious, can also be a fierce act of defiance.

Sean O’Toole is a writer and editor based in Cape Town. This article is produced in collaboration with Aperture magazine.

Review: Frontiers of the Present