Nigerian artist Ken Nwadiogbu, has won the Future Awards Africa for the Visual and Applied Arts Category, in recognition of his contributions to the Nigerian visual and applied arts community.

The Future Awards Africa was established to celebrate young people between the ages of 18 and 31, who have made outstanding achievement in the year under consideration. Forbes has described the awards as “Most important awards for outstanding young Africans”.

Born in 1994, Nwadiogbu creates innovative conceptual drawings on various surfaces. Although he has a degree in civil and environmental engineering, he has practised as a studio artist for over 7 years, challenging and investigating Black socio-political structures and issues, while engaging in multidisciplinary modes of storytelling. His subject matter has since evolved with his continued experiences and expanded his focus to include issues like gender equality, African cultures and Black power. 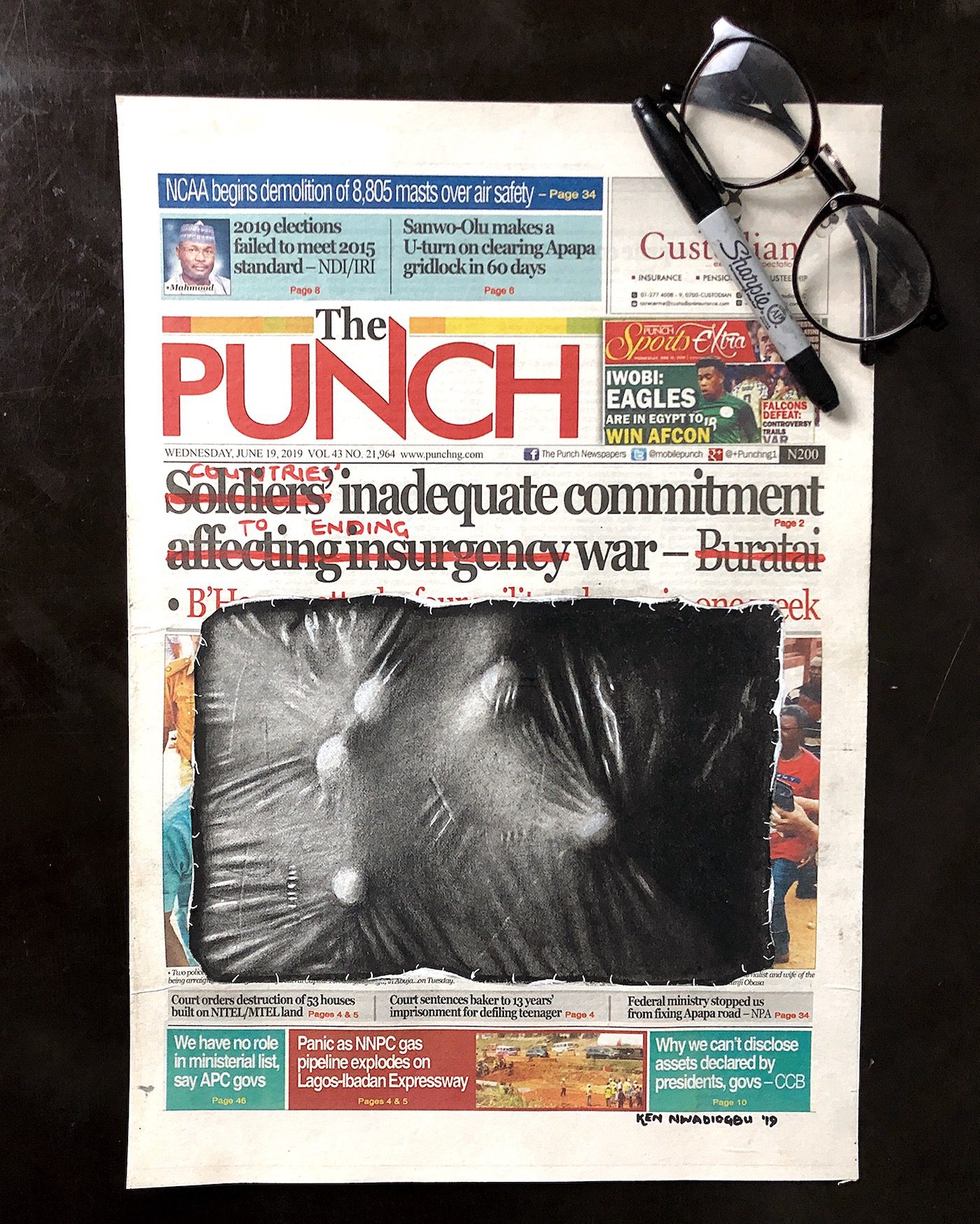 Popularly known as KenArt, Nwadiogbu is credited for beginning the ‘Contemporealism’ movement, a fusion that is primarily centred around Hyper-Realism and Contemporary art. His interest in art, as well as his career began while he earned his undergraduate degree. Inspired by issues relating to his peers and those around him, he began creating works that reflect the everyday struggles of people like him, with the hopes of making a change in his community.

Nwadiogbu recently held his debut solo show Contemporealism (2019), in Brick Lane Gallery, London. He has also participated in local and international group exhibitions and fairs including Insanity (2016), Lagos; Artyrama Art Exhibition (2017), Lagos; Art X (2018 & 2019), Lagos; Moniker Art Fair (2018 & 2019), London; Empowerment Exhibition (2018), London; Afriuture (2018), Canada; Anti-Trump Art Show (2019), London; LAX-SFO (2019), California; In the Making (2019), Abuja; LAX-MSY (2019), Lousiana; LAX LHR (2019), London and so on. He will be presenting his latest body of work titled ‘The Headline’ series at one of United States’s largest fairs, Miami Art Fair in December, 2019. Here he initiates wordplay and rewrites headlines, while depicting images of trapped people in nylon. According to the artist, drawn image in nylon represents a metaphor of a trapped society. The aim of this body of work is to draw attention to issues that are either suppressed by the Nigerian government or overlooked by the press.