The Netherlands was one of the most belligerent European colonial empires. Driven by commerce and spread over four continents, their imperial ambitions changed the lives and cultures of millions of people from Indonesia to the Caribbean. In this series we speak to artists and arts practitioners dealing with the legacies of that empire, in the Netherlands and beyond. In this interview with artist Patricia Kaersenhout, Will Furtado discusses the historical erasure of Black presence in the country.

Contemporary And: What was the impetus for your work Guess Who’s Coming to Dinner Too?

Patricia Kaersenhout: Guess Who’s Coming to Dinner Too? is a community art project. I deliver an artistic critique of Judy Chicago’s The Dinner Party (1979), which celebrates strong women but under-represents Black women and women of color. Inspired by this work, I built an installation consisting of a large triangular dining table, full of symbolism, where 36 Black women and women of color, “heroines of resistance,” are honored.

The project was firmly rooted in Amsterdam West through a unique, intensive collaboration between three cultural institutions, all run by women: AGA LAB, GildeLab, and WOW Amsterdam, as well as local creatives such as emerging fashion label BYBROWN and women of the Kolenkit neighborhood.

Most of my work unfolds as an artistic search for the meaning of the invisibility that has resulted from the African Diaspora and colonialism. It embodies the paradox of wanting to visualize the unseen and to allow the undefinable. The subjects I research deal with the position of Black women in relation to sexuality, slavery, colonialism, and racism.

PK: It was a very complex process, because I wanted to have as many formerly colonized countries represented as possible. Furthermore, the table is divided into three different sections – Wing I: Divine spirits and warrior queens; Wing II: Slavery and colonialism; Wing III: Colonialism and contemporary revolutionaries.

It was also important for me to show a timeline of these heroines of resistance which dates back to before colonial times. Queen Zenobia, for example, who lived from 240 AD, has a seat. There are also contemporary revolutionaries like Amina Tyler, Assata Shakur, and Ruby Bridges. It is my way of showing the current generation of activists who are Black women and women of color that they come from a long lineage of women fighting for freedom, equality, and justice. 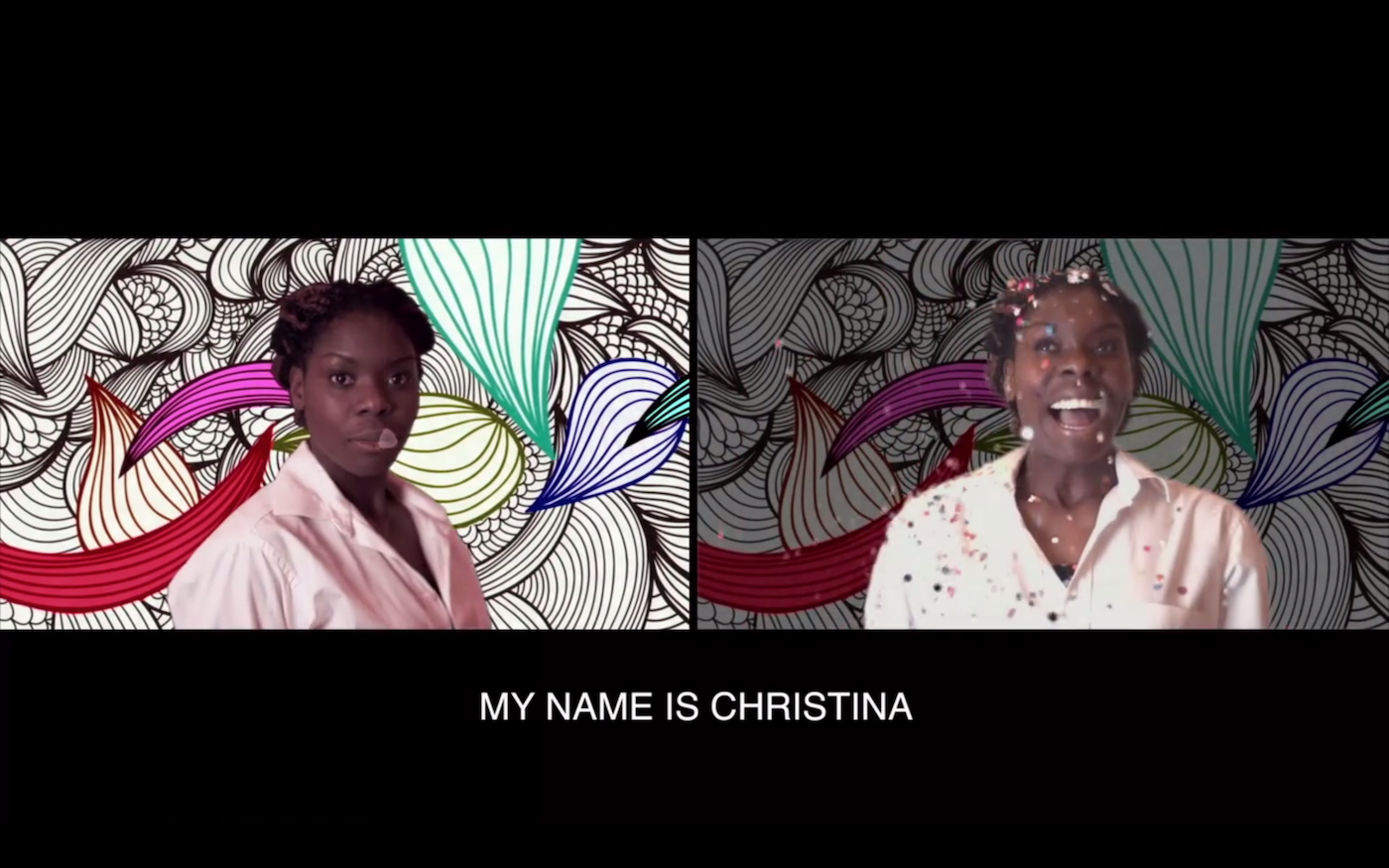 C&: What led you to find the story of Christina, which is part of Proud Rebels (2015), a work about a forgotten group of Black feminists who were active in the 1980s in Amsterdam?

PK: Flamboyant, a Black women’s organization, was founded in 1985 from the desire to distinguish Black women’s struggles from neutral, or white women’s, struggles – to stand specifically for anti-racist and/or Black women’s struggles. This desire was fueled by discontent that there was no attention to the position of Black migrant and refugee (ZMV) women in the Netherlands. This became clear in 1984 during a women’s history conference in Nijmegen. There was discontent among ZMV women about the inaccessibility of other kinds of information and documentation. And discontent about the racism and sexism in mostly white institutions. This history was forgotten until I decided to research the pioneers of that time and honor them with portraits and a short film.

During my research in the municipal archive of Amsterdam I came across Christina’s story. The “Swartin” [a derogatory term for Black] Christina was convicted in 1768 and imprisoned at the Spinhuis, a penitentiary for women, “because she always ran away from home and behaved indecorously.” Her master made sure she was imprisoned. This little information shows that she rebelled against her oppressors. I wanted to depict her story and bring her back to life by intertwining her story with the stories of ZMV women. They are all descendants from a tradition of militant women from the Diaspora. 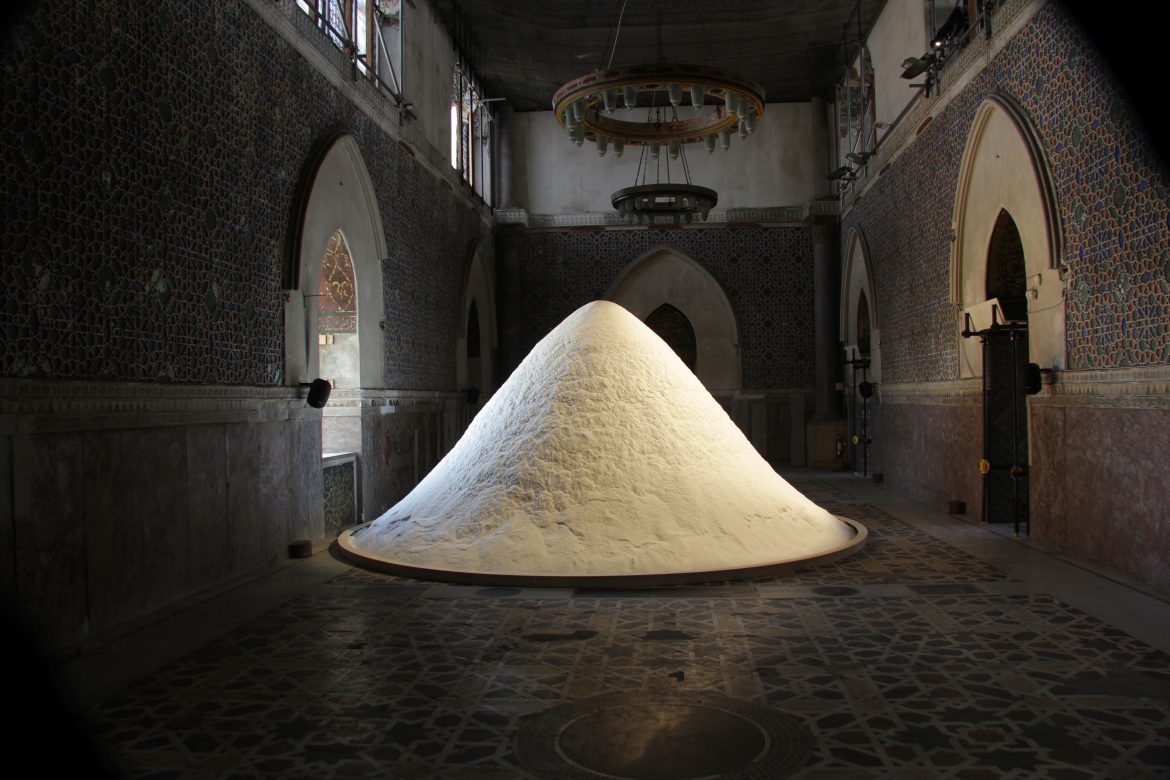 C&: How has your work been received in the Netherlands? And has anything changed in society since you started showing it?

PK: Things are surely changing in Dutch society, but I am not sure whether it’s because of my work. There are so many wonderful young activists fighting against racism and inequality. They are true heroes.

What I do hope to evoke by revealing erased histories is to regain dignity. To make people proud of themselves and the histories of their ancestors. We hardly learn anything about slavery and the colonial regime in school, and if we do get some information it’s almost always from the oppressors’ point of view. 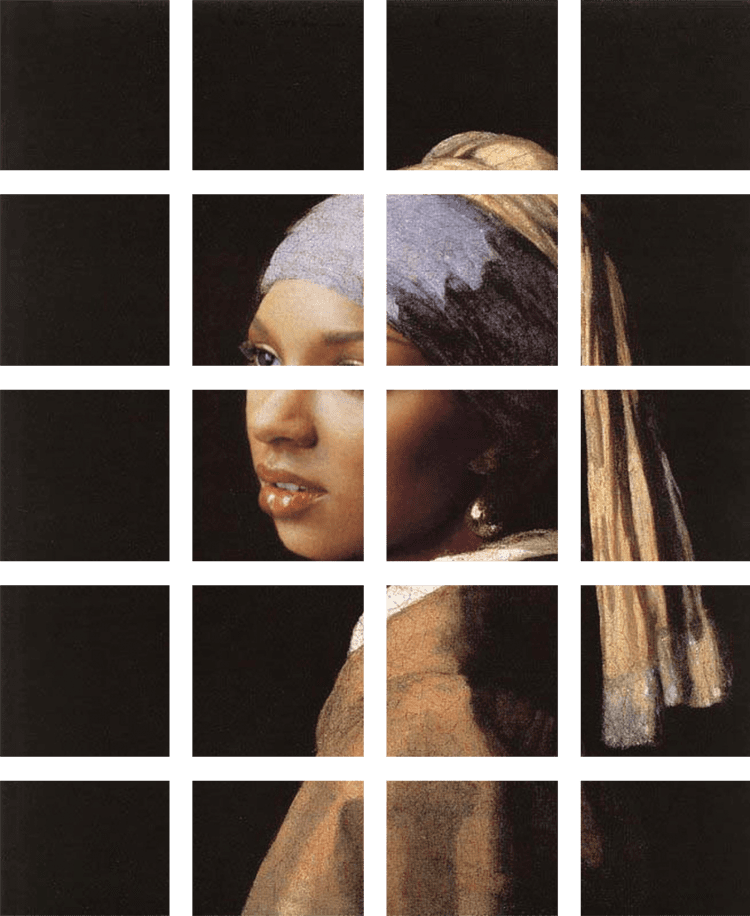 Patricia Kaersenhout, The Girl with the Pearl Earring. Courtesy the artist.

C&: Why do you think your work is not widely known within Europe, especially in comparison to African American artists?

PK: I am a mother of four kids, and next to my art practice I have also had to take care of them. They are big now and therefore I have the time to focus more on my practice. I think I am not an exception, since there are many mid-career female artists whose careers took off later in life. It’s very important to address this, because the art world is still structured according to a masculine model.

PK: BAK, a center for contemporary art and research based in Utrecht, has invited me for a ten-month fellowship. I am very excited about that. My research will be about the erasure of Black women during the First Congress of Black Writers and Artists, which took place in 1956 at the Sorbonne in Paris. I was also commissioned by Small Axe magazine to develop The Visual Life of Social Affliction, a new work fors a publication and an exhibition which will open next year in the USA.

Patricia Kaersenhout is a Dutch artist of Surinamese ancestry. Most of her work unfolds as an artistic search for the meaning of invisibility resulting from the African diaspora and colonialism. Her performance The Soul of Salt (2016/2018) is currently shown in Manifesta 12 in Palermo, and her upcoming installation with Jimini Hignett, Handle with Care, about female trafficking and forced prostitution, opens on October 18 iat the National Museum of History in Tirana, Albania.