Show Me Your Shelves! was a two-city exhibition featuring Black artists from Germany and the US. First in Detroit and then in Houston, the show brought together artists reflecting on common structures and experiences between German Afro-diasporic cultures and African American perspectives, as well as the differences. Tay Butler is a Houston-based multidisciplinary artist whose work is committed to in-depth studies of Black history and its discontinuities. C& spoke to Butler about his fascination for libraries and archives, his usage of collage to discuss history, and how moving from Milwaukee to Houston introduced him to a new form of Black experience and thinking.

C&: Could you tell us something about your influences and approach working with collage as your primary medium?

Tay Butler: For as long as I could remember, I have torn pages out of magazines, cut them up and taped them up on my wall. And this practice still endures to this day. Only now, I tear out the pages, cut them precisely with exacto knives and carefully paste them onto archival materials for exhibition purposes. Besides my intuitive nature, I am influenced by the great Romare Bearden and Lorna Simpson, two Black artists who used collage to explore both historical contexts and personal identity. Primarily, I use collage to discuss history, in particular Black migration. But I do engage in identity work as it pertains to Black self-expression and culture. 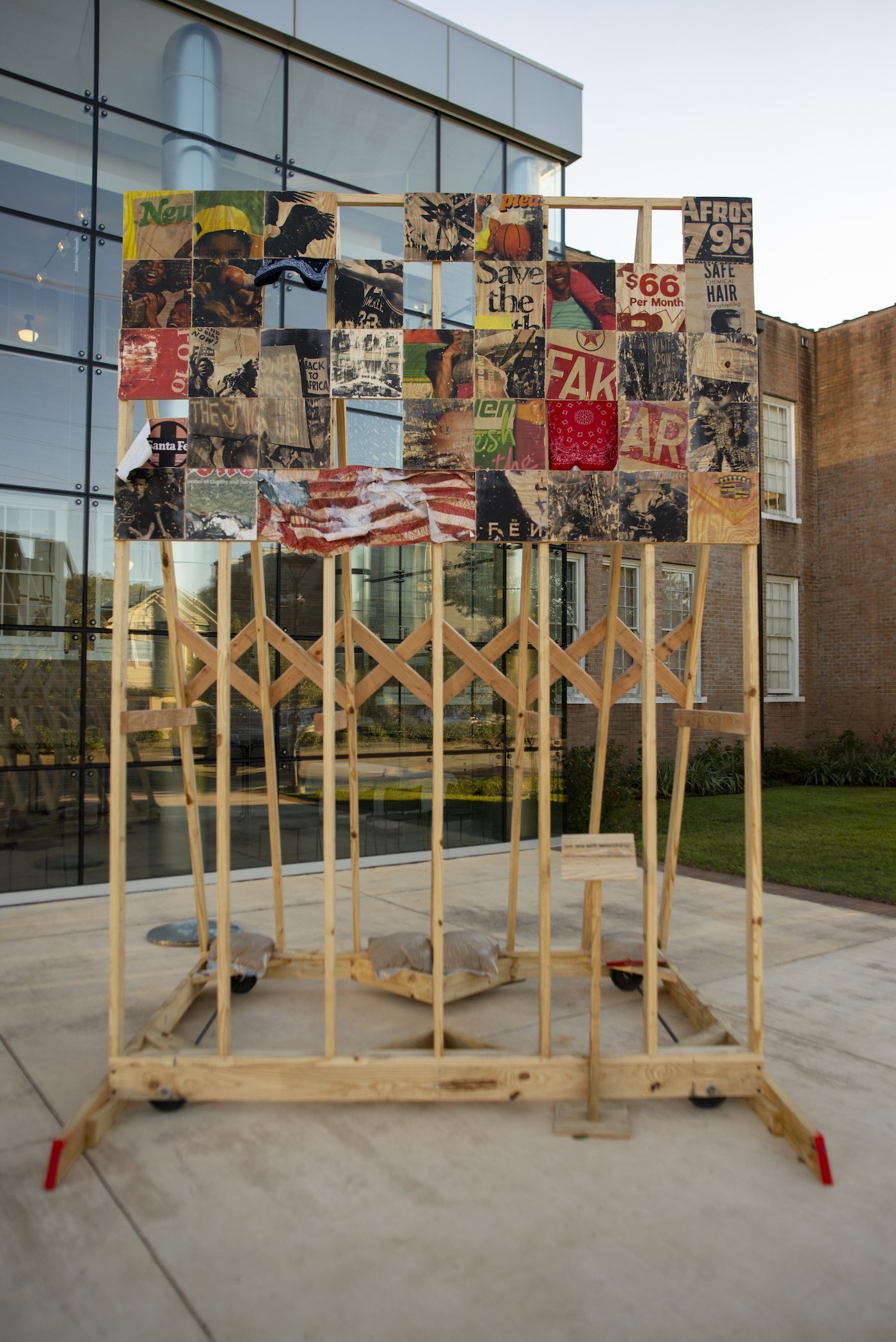 C&: You grew up in Milwaukee, Wisconsin, and moved to Houston, Texas, a few years ago. To what extent did this relocation to the south introduce you to a new context in which to create your work?

TB: My move to Houston is literally the dawn of a new beginning for me, however clichéd that may sound. My life, mindset, and behaviors now are nothing like they were five to six years ago. My move not only introduced me to a new Black experience, but a new way to think. By leaving my hometown, I was able to view it from the different perspective. This new perspective gave me a new pride, and a yearning to know more. I launched into an in-depth study of the city from its inception onward, and everything changed. I was now a “Great Migrator,” or a “RE.Migrant,” as my main project is called. I’ve been obsessed with the history of Black Americans ever since.

C&: How would you define your position as an artist and individual within a global Diaspora?

TB: Until my move, I never considered how and why Black people end up in the places we did. How did Black people come to Milwaukee? Chicago? Why are so many of us still in the South? In studying these questions, I found more follow-up questions than answers. What do I make of these middle-passage estimations? Where are we from in Africa? Where else did Africans migrate to? My answer-seeking does not end with the American South, but reaches across the ocean to Africa, where my mother’s ancestry test results leave me eager to search Benin, Togo, Ghana, Congo, and all the other countries that landed on the list. 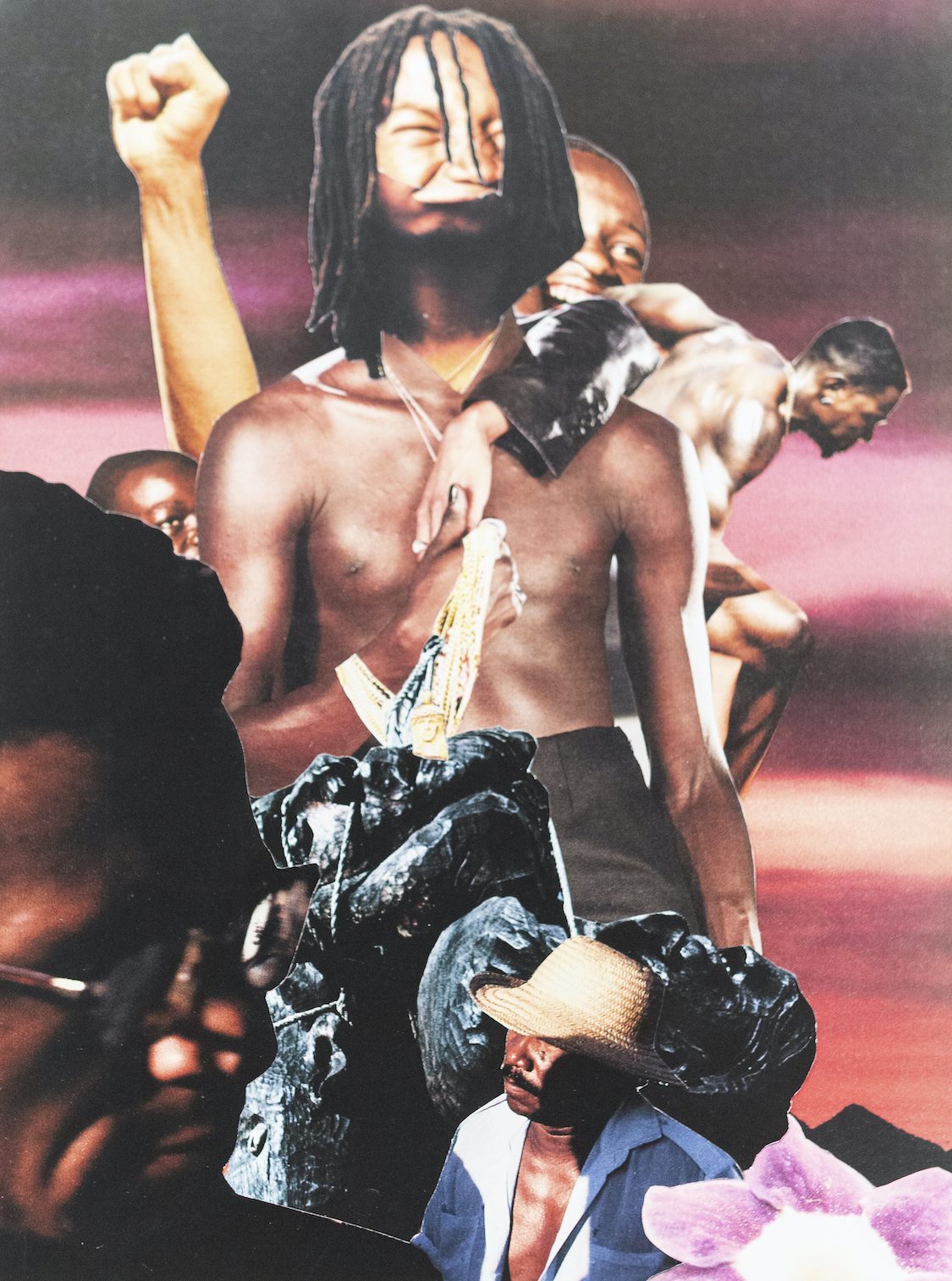 C&: What draws you to the concept of Show Me Your Shelves?

TB: Show Me Your Shelves is an artistic manifestation of what I do on a weekly basis, if not daily. I become a man possessed when in the midst of library shelves and microfilm viewers. Hundreds of file cabinets full of archived photos and newspapers excite me, and I can spend hours scouring online databases, even if thirsty and unfed. When originally approached about the project, I knew it was perfect for me since I had already been doing the work it entails for several years.

C&: Could you share with us your ideas for your work in the Show Me Your Shelves exhibition?

TB: I wanted to push myself for this project, and came up with the idea of a site-specific installation. I had been flirting around with the idea of a billboard, but nothing concrete was planned until my drive to Arkansas uncovered even more dilapidated billboards on the sides of roads. With that visual inspiration, I used my own research habits to give the project form. Thinking about Africa’s colonial eras, I brought in details perhaps forgotten to most US Americans, but visible to migrants through other means. For example, one of the Great Migration’s biggest magnets in the 1950s and 1960s was Firestone’s warehouses in Memphis, Tennessee. This wealthy company was infamous for advertising positions to Black southerners but paying them poorly. During that same period, Firestone was draining Africa of close to US$200 million in rubber, giving back roughly US$8 million in return. Advertisements in my billboard installation, like those for Firestone, Shell, and Santa Fe, give an American nostalgia to the idea of migration, while having global ramifications. 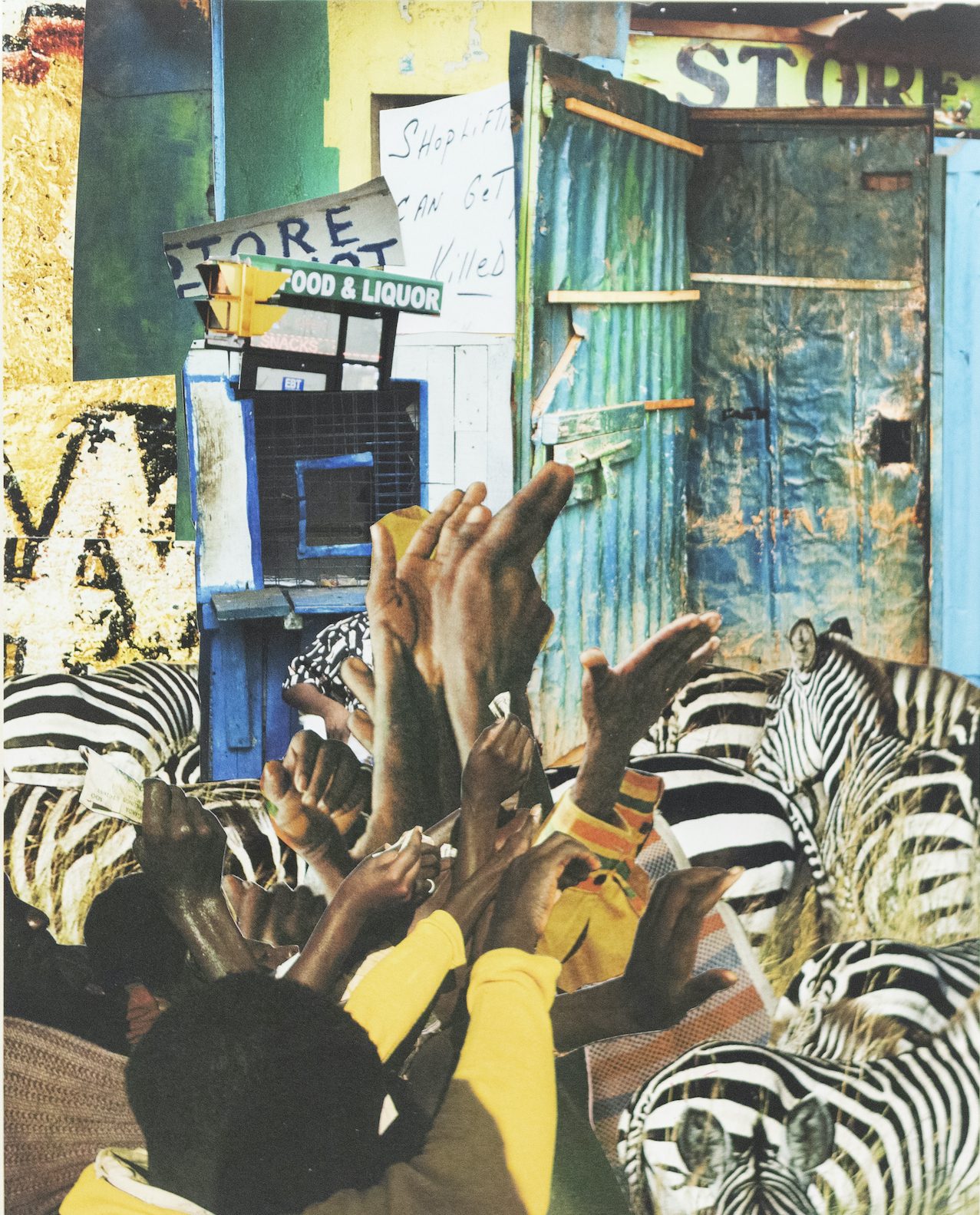 Other pieces in the work speak of my own personal relationship with migration. My family is from Alligator, Mississippi, escaping to Milwaukee in 1952. Unfortunately, the link to our entire history prior to Milwaukee was severed. I have created histories instead from folklore and canonical data. My four photomontage prints combine memory and imagination, blurring the lines between fact and fiction in order to build a bridge to our past.

Tay Butler is multi-disciplinary artist based in Houston, TX while studying in Fayetteville, AR. Currently an MFA candidate of the University of Arkansas’ Photography and Studio Art program, Tay received his BFA in Photography and Digital Media from the University of Houston. Retiring from the US Army and abandoning a dream engineering career to search for purpose, Tay reignited a rich love and appreciation for art and Black history. Using history as canvas and memory as glue, Tay creates a historically-layered body of work. Using the Great Migration as a launching point, Tay permeates his imagery with Black pride, conflict and experience, encased by the global realities and institutions that influence them.

Jennifer Harge: The Home as a Site of Pleasure

How To Give Space