Our author Will Furtado went backstage during rehearsals to meet the performance artist Ligia Lewis and DJ Lady Lane, member of the artist collective NON Worldwide, to find out what makes them tick.

The Great Disappointment is the performative piece born out of a collaboration between choreographer Ligia Lewis and NON Worldwide, a collective of artists from African perspectives. Performed during CTM Berlin in January, the avant-garde show was a sonic assault on the senses that defied mainstream categorizations while pulling cultural references from obscure parts of the net and pop hits alike. The audience was equally perplexed and in awe but no one was indifferent to the idiosyncratically stylized blend of electronic music, choreography, and performance. I went backstage during rehearsals to meet Ligia Lewis and NON member DJ Lady Lane to find out what makes them tick.

Will Furtado: Your piece is called “The great Disappointment” – what is the disappointment?

Ligia Lewis: It’s more comical than anything – Chino  Amobi has a track called „The Great Disappointment“. The show is not about one narrative – we’re working more abstractly, putting together a collage of images that really speak to us as a group. We’re working dramaturgically through sound, which is the driving force. We create multiple moves that sort of unfold over the course of an hour and a half and there are different scenes that emerge within that soundscape.

WF: What can you say in terms of the concepts in the piece or any politicized ideas of the Black body, which is a topic that both of you have previously explored?

LL: In this work I’ve chosen abstraction as a mode of representation because I feel that too often Black bodies are expected to represent the political, which I think is very unfortunate. I think that it’s important that we’re invited to also work within the framework of abstraction, because it enables us to join another reality. Realism is a failed aesthetic project; it only reaffirms a broken reality – for white people, too, but especially for Black people. 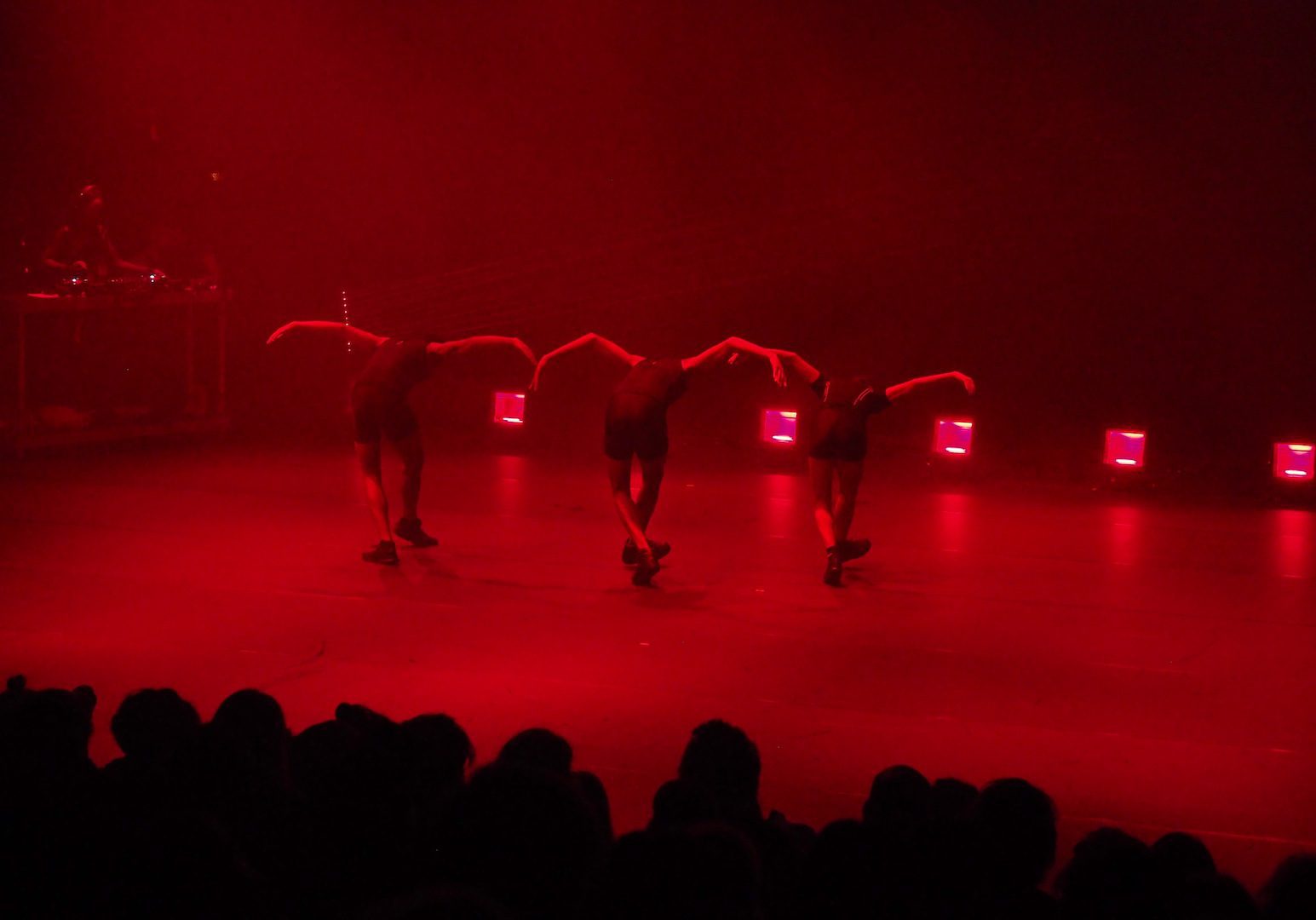 WF: Despite your work being abstract, there’s always quite a strong idea behind it as well. How do you bring these two aspects together?

DJ Lady Lane: I think it’s the articulation of self in a sense, so each artist brings their own reality or their own dissonance with reality to their craft. So that’s the power behind it and the specificity that creates the constraints. Everyone is so different and everyone’s so diverse in their backgrounds and what they’re bringing. The purpose is to exist, to proclaim existence in that sense, to break down these constructs of borders and to create a worldwide citizenry. What each person brings to it is really their own experience, their own lack of that or their own struggles, joys, and dreams – that’s what’s really promoted and pushed out.

WF: Before getting together to make this happen, Ligia Lewis and Chino bounced ideas off each other for months online, and that’s also the story of NON.

DLL: A lot of the conversation is internet-based because of the global reach. That’s actually something that is quite unique, that we’re able to use that mode of communication to really build this collective and collaborative sphere that is happening, also promoting the fact that it’s not a vertical collective, there’s no head. It’s completely horizontal – you have the three co-founders, Chino Amobi, Nkisi and Angel Ho – they have met in person, but they’re bringing in new people, involving people like Embaci  and myself. That’s what’s beautiful.  I could be in my house, just creating little things in my world,  and  then there’s a whole base of other people who are just very open to bringing you in, saying, „hey, you can do this, there’s nothing wrong with what you’re doing“, really getting rid of all the structural and societal thoughts of, „you need to be in this box“.

WF: NON also tries to create safe spaces for the community but how do you reach out to people who don’t live near you?

DLL: Through technology. I am quite new and for me, it was through Twitter, so I think it’s very possible. Me, personally, I have connected with people from all around the world just through putting mixes online. The spaces don’t have to be physical but that’s the beautiful thing about it, that there is no limitation, it really is borderless. 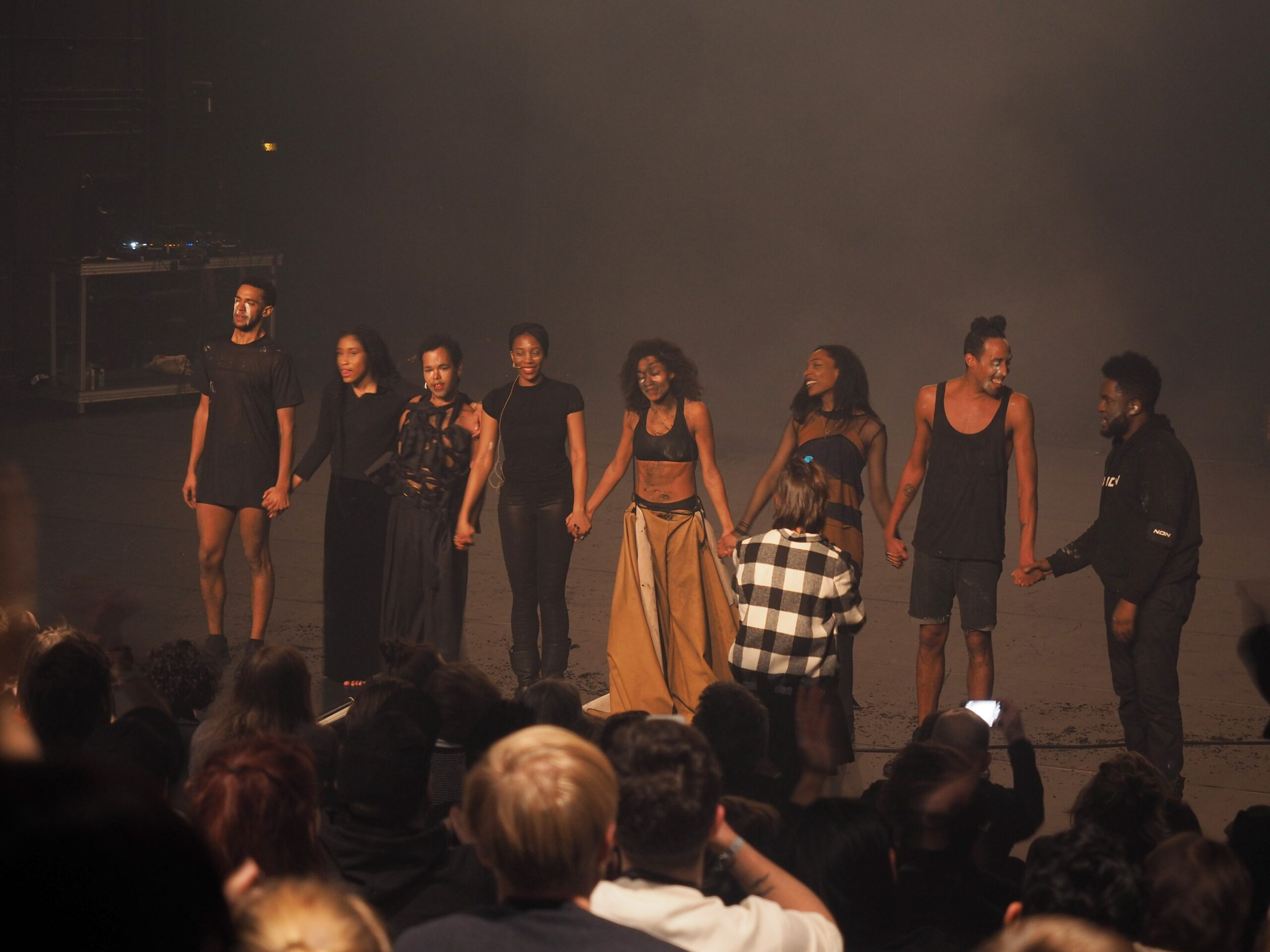 WF: And what do you want to achieve with “The Great Disappointment”?

LL: We want to make sure that we have a collaborative process that’s generated by all the artists involved and that we have a real experience with one another. It’s not explicitly illustrated within the context of the show, but it’s something that people will probably feel.

WF: Do you worry about meaning in your work and the public’s interpretation?

DLL: Art is subjective from the start. For this show specifically, people are going to come here and they’re going to compare it to their experiences and their references, that’s a given. All we can do is show how we articulate and see things, and we just hope that people will make a connection or understand that in a way.

WF: And what’s next for you both?

LL: I’m still touring the last piece I made in collaboration with the HAU – “Minor Matter” – I’m still redeveloping the third part of the trilogy, but more conceptually.

DLL: NON has different shows that are already booked and planned, and is continuing to just embrace people – for right now and also in the future. You cannot survive by always being conscious of your current state all the time, there has to be a time when you’re just existing, you’re just allowed to live. We’ll also really keep cultivating and supporting citizens of the collective – that’s what’s next.