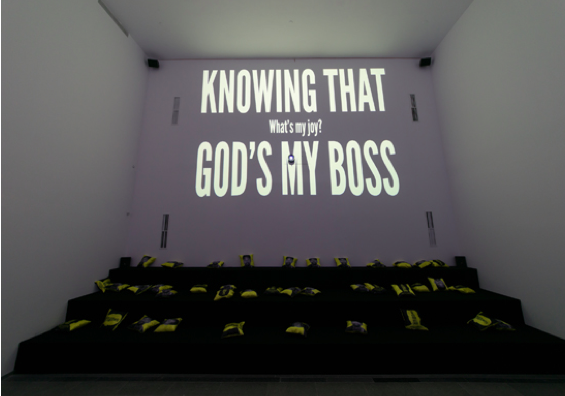 Nástio Mosquito’s (born 1981 in Angola) work is characterized by its cross-genre multifacetedness. Film, music, theatre, video, and installation blend into one another to form a dense performative-digital poetry of image and language. In his political-playful performances he presents himself as cynical, cool and vulgar. Most of the time he and his provocative political statement on Africa and the globalised world are at the centre of his works. In 2014 he was one of the recipients of the Future Generation Art Prize in Kiev, this year he will exhibit at the 56th Biennale in Venice, and since February his first solo exhibition DAILY LOVEMAKING is being shown at the Ikon Gallery in Birmingham. Mosquito lives and works in Luanda.