In the first part, we will screen four selected science-fiction short films, followed by a discussion with Peggy Piesche and Jean-Pierre Bekolo. This will be followed by the screening of the afro futuristic classic “Les Saignantes – The Bloodettes”.

The cultural theory and artistic productions we know as Afrofuturism following such influential creative visionaries like Sun Ra and others uses the narrative genre of sci-fi to promote and imagine decidedly Black perspectives on history, the present and the future. While Afrofuturism then largely turned into a literary and cultural movement by people of the African Diaspora, it’s impossible to ignore it’s roots in the African continent: Envision a world beyond the contemporary, imagine another world possible, overcoming hegemonic binaries, categories and, antagonisms and; right up to challenging the notion of (post)humanism and, utopia were always integral elements of African storytelling and narratives (Wanuri Kahiu, Kenya).

When award-winning filmmaker Jean-Pierre Bekolo states, “Africa has a image problem”, he already points at a contemporary visual art production which sees itself as part of a movement to carry those histories into the future tense: “I do not want to always be explaining what happened in the past, but I want to inspire those who are creating the future!”

This evening will offer a selection, which will give a fascinating insight into the spectrum of this genre of contemporary African short films and will be followed by the afro futuristic classic “Les Saignantes – The Bloodettes” (2005).

Jonah (2013/ tbc)
Kibwe Tavares, Zanzibar, 18 min., engl. OV
Mbwana and his best friend Juma are two young men with big dreams. These dreams become reality when they photograph a gigantic fish leaping out of the sea and their small town blossoms into a tourist hot-spot as a result. But for Mbwana, the reality isn’t what he dreamed – and when he meets the fish again, both of them forgotten, ruined and old, he decides only one of them can survive. Jonah is a big fish story about the old and the new, and the links and the distances between them. A visual feast, shot though with humour and warmth, it tells an old story in a completely new way.

Al Djazira – The Island (2007)
Amine Sidi Boumediene, Algeria, 35 min, Arabic with engl. Subs
A man wearing a strange space suit awakes in a creek, at dawn. As he walks into a deserted Algier, he takes the few steps that lead him to liberty.

Afronauts (2014)
Frances Bodomo, Ghana, 14 min., engl. OV
Just after Zambian Independence in 1964, an ingenious group of villagers builds a homemade rocket in a wild bid to join the Space Race. As the launch date approaches, their astronaut—17-year-old Matha Mwambwa—must decide if getting into their precarious rocket vindicates her traumatic past or just makes her a glorified human sacrifice. Inspired by true events.

Pumzi (2009)
Wanuri Kahiu, Kenya, 21 min., engl. OV
A Sci-Fi film about futuristic Africa, 35 years after World War III “The Water War”. Nature is extinct. The outside is dead. Asha lives and works as a museum curator in one of the indoor communities set up by the Maitu Council. When she receives a box in the mail containing soil, she plants an old seed in it and the seed starts to germinate instantly. Asha appeals to the Council to grant her permission to investigate the possibility of life on the outside but the Council denies her exit visa. Asha breaks out of the inside community to go into the dead and derelict outside to plant the growing seedling and possibly find life on the outside.

The discussion with Peggy Piesche and Jean-Pierre Bekolo will be followed by the screening of the afrofuturistic classic “Les Saignantes” (OV German Subs). 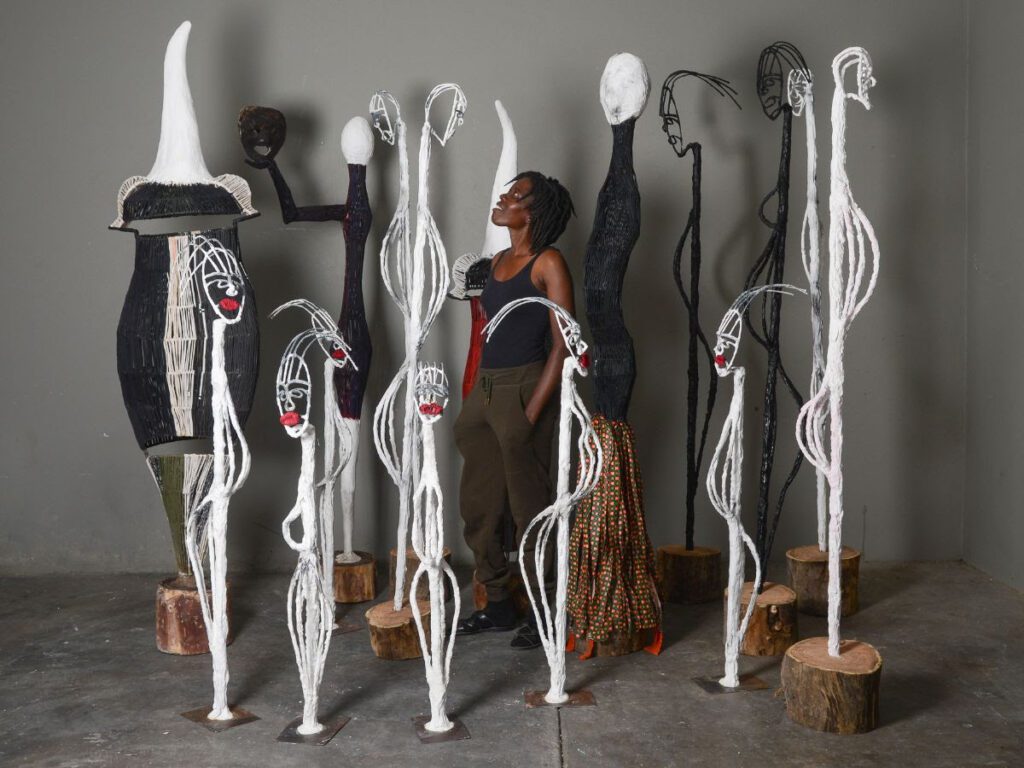