Cindy Rucker Gallery presents new works by Brooklyn-based artist Frederick Hayes. In this exhibition, Hayes continues to explore the representation of the self and the urban landscape through abstraction, likeness, and difference.

Using different media, Hayes intends to shed light on the human condition as it relates to the working-class African Americans, as well as larger communities of men and women. Raised in the South as part of a family that watched the 6-o’clock news, read Ebony and Jet, as well as the local newspapers, Hayes developed a strong interest in picture-making—the basic ideas of looking, recording, and interpreting—and portraiture early on.

Through painting and drawing, Hayes creates ad hoc communities where the good and the bad, the heroes and the villains coexist; much like in reality, his characters possess diverse personalities, habits, and ways of seeing the world. His sculptural practice, on the other hand, is steered by a more open exploration of abstraction, where the verticality and geometry of the landscape marries the detritus of the city, the direct result of his wanderings through different neighborhoods.
“Because no one really knows thyself,” the artist writes, images of the self “constantly morph from one image to the next, providing a glimpse before reshaping into something else.” “As a child we learn to present ourselves the way we want people to see us, but not always how we really are,” he states, suggesting that self is bound to be an ongoing, life-long process.

Frederick Hayes (b. 1955, Atlanta) lives and works in Brooklyn, New York. He has exhibited at Hallwalls Contemporary Arts Center in Buffalo, the Kingston Sculpture Biennial in Kingston, NY., Patricia Sweetow Gallery, and Number 35, among other venues. Hayes’s work is held by SFMoMA, The Addison Gallery of American Art, The New Museum, and The Studio Museum in Harlem. Frederick Hayes has received the Richard R. Diebenkorn Teaching Fellowship at the San Francisco Art Institute, the Pollock-Krasner Foundation Grant, and the Eureka Fellowship. 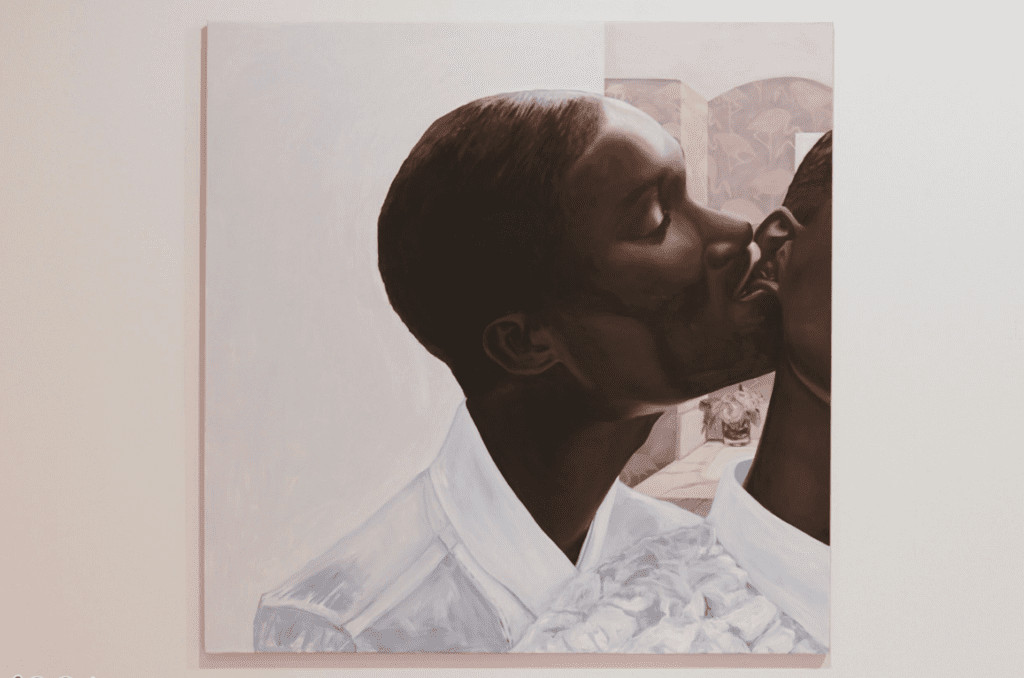