In 2016, Grace Wales Bonner was awarded the LVMH Young Designer Prize. A year earlier she took part in the Transformation Marathon at the Serpentine Galleries where she collaborated with Moussa Dembele and Moussa Dembele for a performance. This year she returns to the London gallery with her own exhibition featuring an assemblage of site-specific installations and shrines in collaboration with a multitude of artists including Chino Amobi, Black Audio Film Collective, David Hammons, Rotimi Fani Kayode, Michael-John Harper, Liz Johnson Artur, Rashid Johnson, Kapwani Kiwanga, Klein, Laraaji, Eric N. Mack, Paul Mpagi Sepuya, Ben Okri, Ishmael Reed, and Sahel Sound. 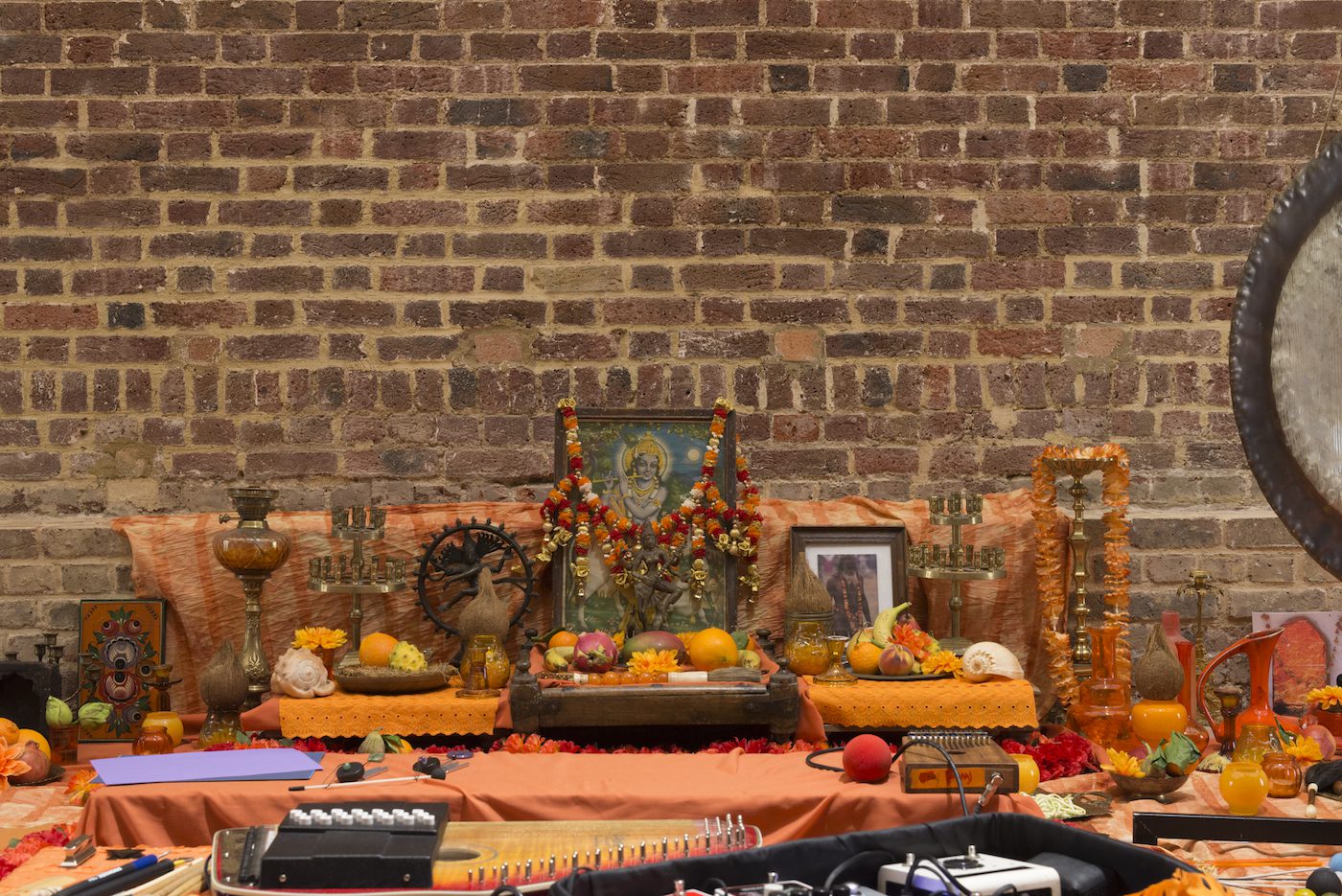 Contemporary And: The symbolism of the shrine is central to the exhibition. What were your first experiences with shrines and how did you come up with idea of working with it here?

Grace Wales Bonner: I became conceptually interested in the idea of the shrine through Face of the Gods, a seminal book by Robert Farris Thompson, which connects the creation of shrines with other forms of aesthetic practice across the Black Atlantic, like the idea of repurposing, interpreting rhythmically, and assemblage. In this exhibition, shrines serve as portals into other spiritual realms, worlds, and temporalities; they also bring one into communion with ancestors. 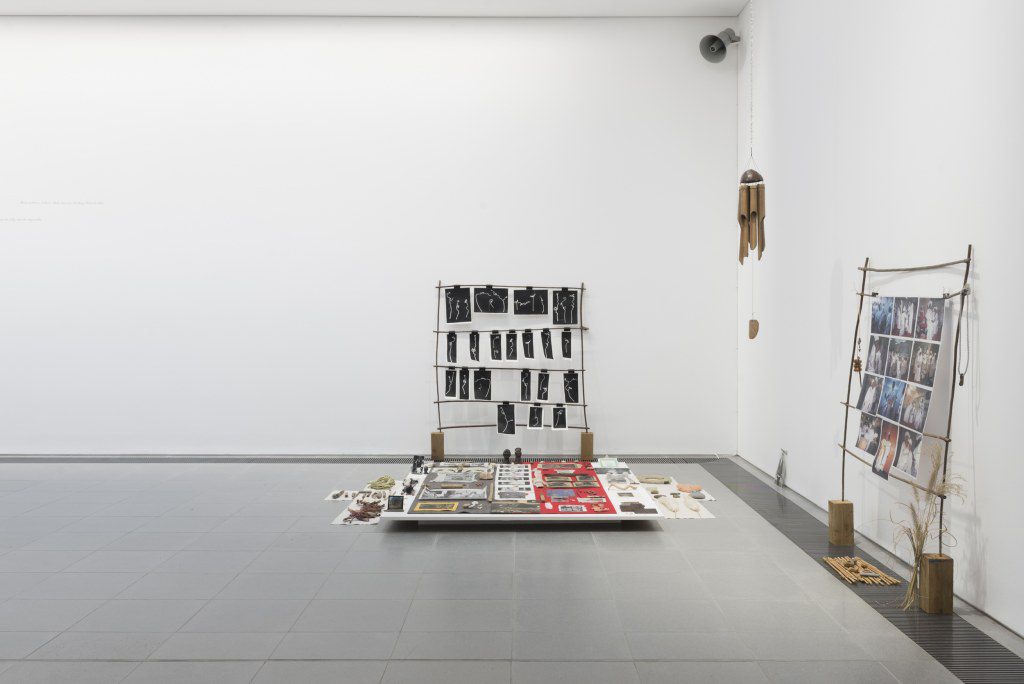 C&: How did you select the artists invited to participate?

GWB: The exhibition has given me an opportunity to connect with my peers and longer-term collaborators like Eric N. Mack, Chino Amobi, and Paul Sepuya, and also make more urgent new connections to artist like Liz Johnson Artur and Kapwani Kiwanga, who are visionaries I have long admired and have been anticipating to work with. It also gives me space to acknowledge a lineage of artists who have come before me and shaped pathways to encounter spirituality and mysticism within Black aesthetic practice, namely the work of David Hammons and Rotimi Fani Kayode. Beyond an idea of the artist as shaman, I have also considered the idea of writers as oracles, so it was important to work with writers in the show and Ben Okri and Ishmael Reed’s writing and voices become an important grounding point. 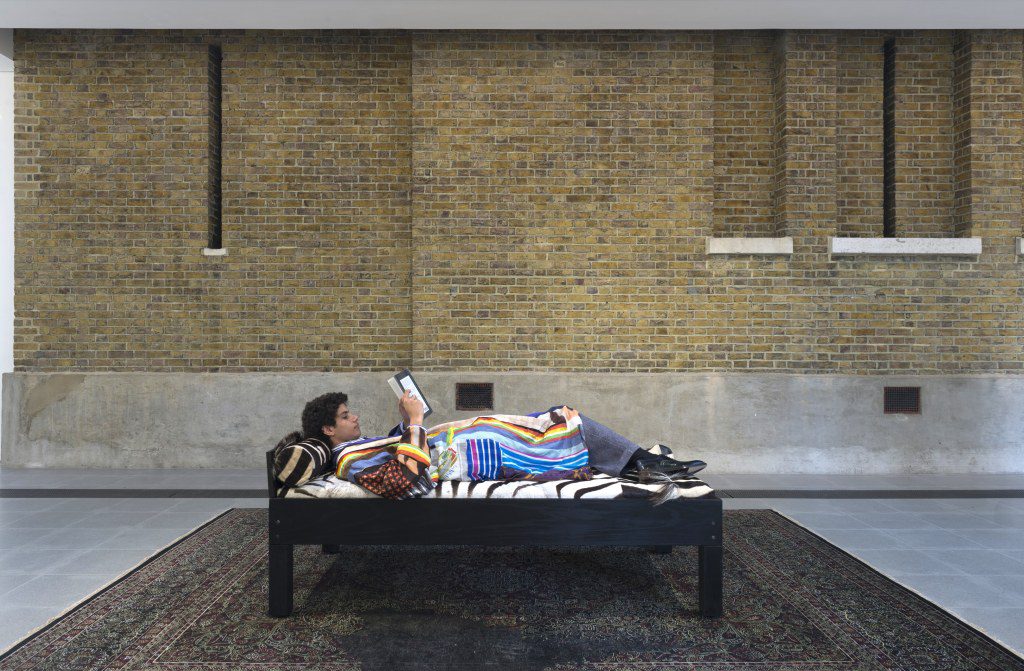 C&: How involved were you with the conceptualization and production of all elements of the exhibition?

GWB: I was very involved in the conceptualization of the show, much of the grounding ideas came about in dialogue with the artists, writers, and musicians in the show.

C&: How do you see this fusion of various disciplines in an art gallery? How does your practice as a fashion designer fit into this constellation?

GWB: I am thinking about creating environments and worlds that the characters I create with my collections can also inhabit. Fashion is as an important part of Black aesthetic practice as drumming, this is something Ishmael Reed told me. 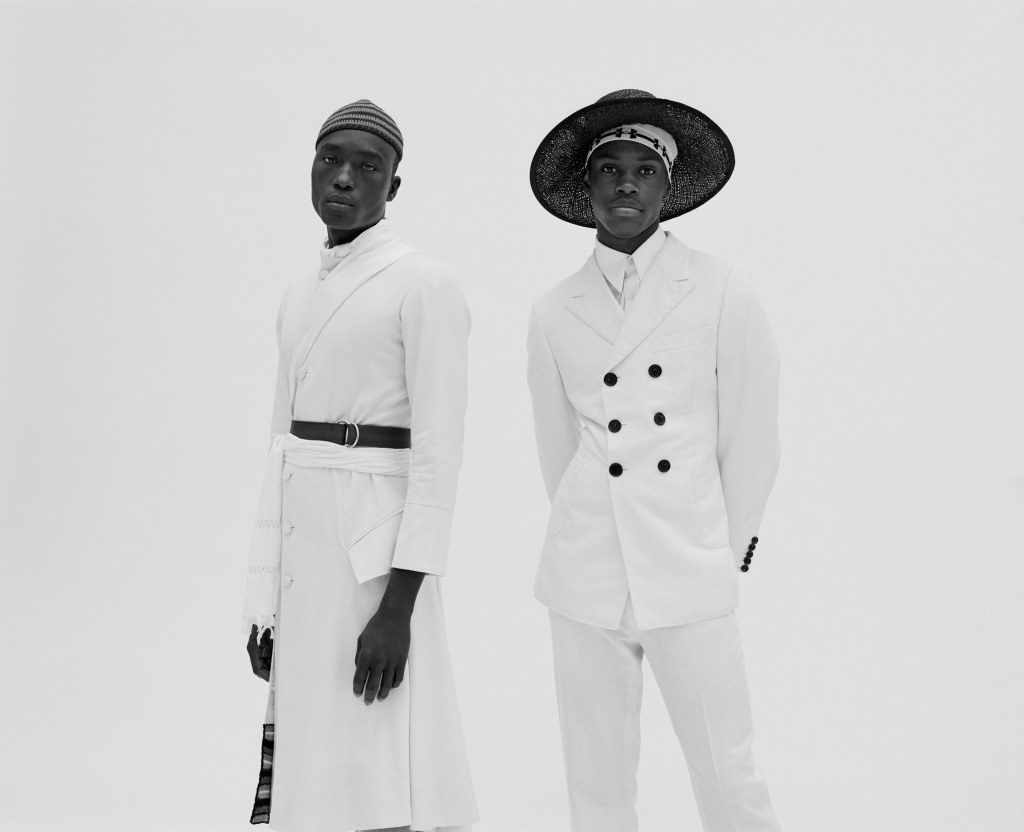 C&: The exhibition will culminate with the presentation of your Autumn/Winter 2019 collection, Mumbo Jumbo. What is the concept behind the collection?

GWB: Mumbo Jumbo looks at Black intellectual dress and also the idea of the artist as shaman, riffing on those wardrobes and integrating them with another rhythm and sense of ritual that comes from my research.

Born in London to an English mother and Jamaican father, Grace Wales Bonner sees fashion as an intuitive means to understanding her own heritage. She graduated from Central St. Martins in 2014, with her graduate collection Afrique receiving the L’Oreal Professional Talent Prize. The following year, Wales Bonner debuted Ebonics, the Autumn/Winter 2015 collection and was awarded Emerging Menswear Designer at the British Fashion Awards. In 2016, she received the LVMH Young Designer Prize, and shortly after in 2018, was awarded the British Land London Design Medal.

The Body as an Audience Member