After being launched as a new online platform this spring, C& América Latina now has its very first printed version!

Contemporary And (C&) is excited to announce that the very first print edition of our new magazine C& América Latina is out now!

By launching C& América Latina we want and hope to offer readers from all over the world a dynamic, critical space focusing on the artistic connections between Afro-Latin America, the Caribbean and Africa. 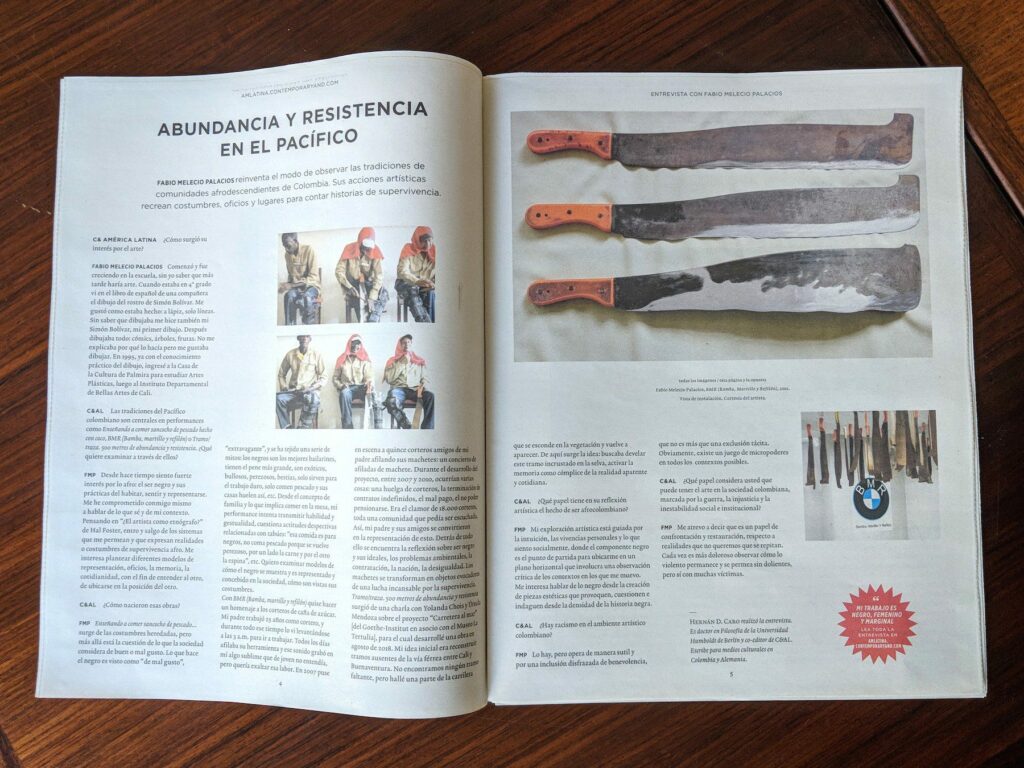 In this first print issue we will look at the “disappearance of the black” in Argentinian identity, an intriguing mystery in the country’s history: artist Adriana Bustos talks about her project “The Return of the Repressed”, which examines the profound distortions related to African legacy in Argentina. Our author Lorena Vicini talks with Brazilian artist Anita Ekman about her artistic practice of examining afro-indigenous identities. Curator and historian Aldeide Delgado takes a look at several recent shows of contemporary Cuban art and unfolds the critical questions they raise. Finally artist Fabio Melecio Palacios recounts his interpretation of Afro-Colombian traditions and the history of the Colombian Pacific region through his emotive performances.

The C& América Latina Print Issue #1 will be launched with a reception in Bogotá during the art fair Artbo together with the Colombian art magazine Revista Arcadia. 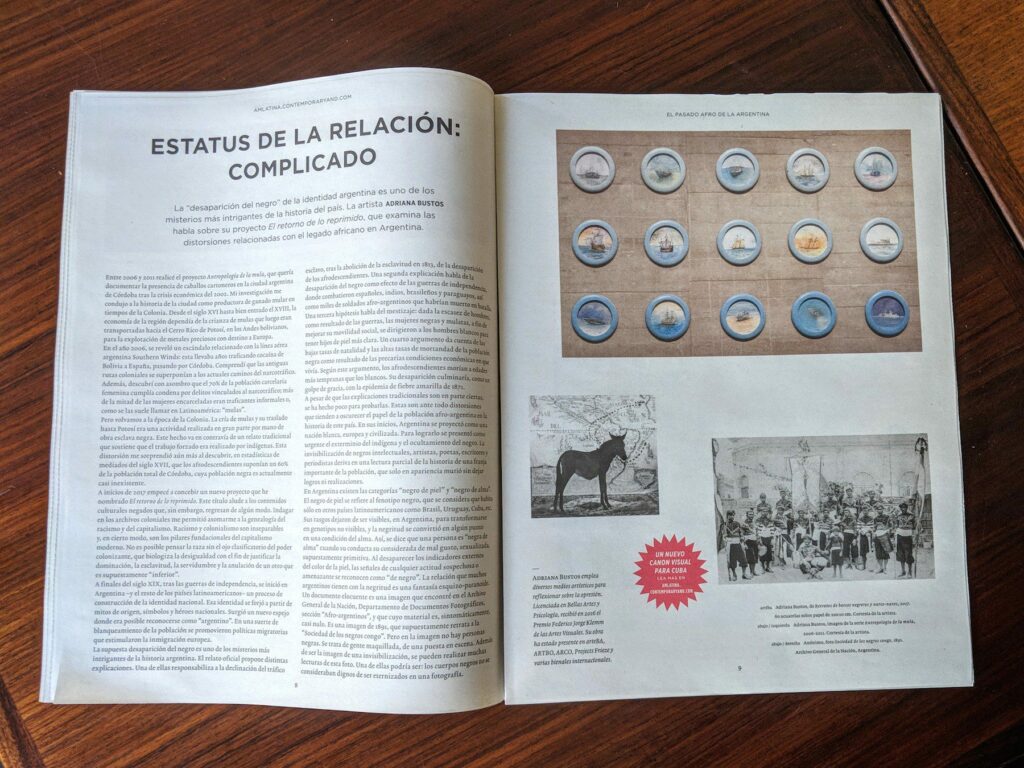 Since 2015 the art magazine Contemporary And (C&) has been addressing the ties between Africa and its global Diaspora. In 2016 we published our first print issue in São Paulo in collaboration with the magazine and platform O MENELICK 2º ATO dedicating interviews, features and essays to the Afro-Brazilian art scene.

Considering the many shared experiences as well as differences, debates and exchanges between Afro-Latin America, the Caribbean and Africa Contemporary And (C&) aims to create and establish a whole new platform that allows the time and space to address these connections more deeply with articles, columns, interviews in Spanish as well as in Portugese.

C& América Latina is a constantly growing platform and network hoping to creating discourse and discussion.

C& América Latina is published by ifa (Institut für Auslandsbeziehungen) and  the Goethe-Institut.