In this series, C& is revisiting the most discussed, loved, hated, thought-provoking, and game-changing exhibitions featuring contemporary art from African perspectives in the past decades. This time: documenta 11 curated by late Okwui Enwezor in 2002.

In 2002 the artistic direction of the Kassel documenta was awarded for the first time to a “non-European”: Okwui Enwezor. A year before the opening he set up interdisciplinary platforms on four continents, with documenta 11 itself as the final platform. Enwezor’s goal was to produce a postcolonial exhibition whose artistic protagonists were to provide critical input from multiple perspectives on the contexts and issues of our globalized world.

In March 2001, fifteen months before the opening in Kassel, Enwezor launched a prefatory event in Vienna. In a program of talks and panel discussions, philosophers, architects, and academics addressed the subject of “Democracy Unrealized.” Three other interdisciplinary platforms on different topics were to follow in New Delhi, St. Lucia, and Lagos, before the series culminated in the actual show in Kassel, which constituted the last of these platforms. Enwezor undertook this endeavor together with a six-person team of curators.(1) There was significant media interest in his innovative concept, which caused a surge in the hype and sense of expectation surrounding the eleventh documenta. Kassel ended up hosting more than 650,000 visitors, easily setting a new record in the history of the event.

The platforms were by no means simply intended as a way to prepare for and research the exhibition in Kassel. Enwezor’s idea was actually to release documenta from its spatial confinement and the constraints of a Western monopoly, while at the same time focusing more acutely on global political, social, and cultural relationships. According to Enwezor, these relationships demand that we think outside the box at long last: “The postcolonial today is a world of proximities. It is a world of nearness, not an elsewhere.”(2) Accordingly, the artistic director not only included creatives from geographically marginalized countries but also opened documenta up to interdisciplinary dialogue. He aired a “flood of voices”(3) that were to reflect critically on the global changes and transnational processes of our time.

Documenta 11 showed works by artists from forty-five countries, with 70 percent of the pieces explicitly produced for the show. The main focus was on film, photography, and installations—often with a documentary character. One example was the forty-minute film Shoes for Europe by Pavel Brăila, which showed the effort involved in changing the wheels on the trains at the border between Moldavia and Romania, where the tracks coming from western and eastern Europe have different gauges. Yinka Shonibare’s installation Gallantry and Criminal Conversation also dealt with aspects of traveling: drawing on the grand tours of young aristocrats in the eighteenth century, which served as a kind of initiation, he sketched out the image of a society full of insatiable curiosity for the “alien” and its striving for economic power.

The exhibition catalogue has 620 pages, and there is also an illustrated book and four collections of texts from the individual platforms. There was no shortage of theory, then, at documenta 11, and plenty of volume and heft too—some audiovisual works lasted around an hour. The reviews were unanimous: the exhibition was too heavy on theory, too unwieldy, and not sufficiently accessible. Dan Fox described the dilemma as follows: “Documenta runs for 100 days and quite probably requires 100 days to digest properly.”(4) According to critics, it was not only visitors to Kassel that were devitalized by the flood of information but also the artworks themselves, because it was almost impossible to absorb them in their full complexity. There was an unbridgeable gulf between the intellectual concept of the show and those attending it, who, in Fox’s view, could only digest a fraction of the spectacle.(5) There was also an elevated sense of anticipation surrounding documenta’s international focus and niche angle. The very fact of appointing a non-European director caused expectations to rise, and this was intensified by the statements that Enwezor made to the media about the concept. It was thus more or less predictable that some critics would object, citing, for instance, a shortage of art by women or ruing the absence of artists from certain regions.(6) 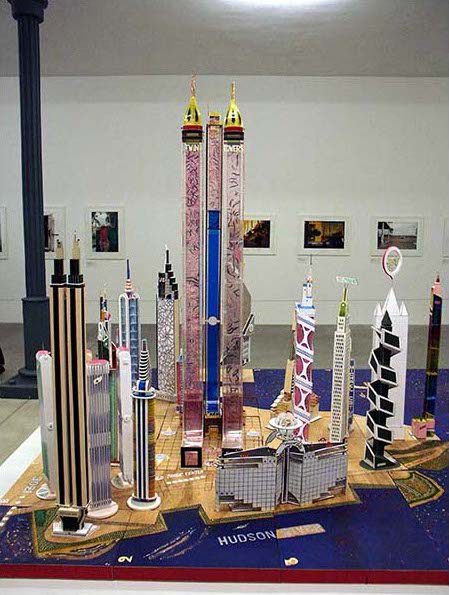 Enwezor’s predecessor, Catherine David, had already put the focus for documenta X on internationality.(7)Enwezor, too, placed increased emphasis on integrating a wide variety of creatives from the supposed “peripheries” of the Western art world. No previous documenta had shown so many artistic positions from African countries. However, the major difference to earlier events was that Enwezor managed to transform documenta’s rigid institutionalized format into a global transnational endeavor. The earnestness of the show, which some critics at the time called austere, was also its strength and underpinned the influence it had. Enwezor did not want the eleventh documenta in 2002 to celebrate “a bit of multiculturalism,” let alone propagate “feel-good art” in Kassel. His show set out to pursue the ambitious goal of shedding the linearity of Western art history and overcoming stereotypical oppositions like north–south, center–periphery, or “developed”–“primitive.”(8) In other words, the information-loaded format and the “austere” and awkward character of the artworks were in fact part of the message. “We are all in it together, however impossible it is to deal with everything. Uneven, at times annoying, upsetting and even uplifting, Documenta 11 isn’t a perfect show. It isn’t a perfect world.”(9) The exhibition sent out the signal that the complex world in which we live calls for a complex form of (artistic) engagement—not for an autonomous, narcissistic art world that only panders to the gilded cage of sclerotic institutions.

Translated from German by Simon Cowper.