Featuring around ninety artists, the Sharjah Biennial 14 (SB14) will explore the theme of Leaving the Echo Chamber. For this edition three curators are invited to create distinct exhibitions spread across the Emirate of Sharjah in the UAE. Omar Kholeif’s will focus on new media; Zoe Butt’s will engage with the Southeast Asia region, while Claire Tancons’ will offer Caribbean perspectives. We spoke to Tancons ahead of the opening on 7 March 2019 to discuss historical consciousness, non-human performance, and why we need alternatives to representation and discourse.

Alia Farid, At the Time of the Ebb, Production Still. New commission for Sharjah Biennial 14: Leaving the Echo Chamber - Look for Me All Around You, 2019. Courtesy of the artist

C&: How will the different curators respond to the overarching theme of the biennial?

Claire Tancons: Under Leaving the Echo Chamber, we each work on different platforms. Mine is titled Look for Me All Around You. Omar Kholeif’s is called Making New Time, and it focuses on new developments in digital media. Zoe Butt’s is called Journey Beyond the Arrow and centers around what she refers to as her “geography of care,” which is Southeast Asia. She’s thinking about the arrow as both a tool and weapon, and will question Western notions of linear time.

As for Look for Me All Around You, it can be entered through different points. One of them is a historical reference, namely Marcus Garvey’s famous 1925 discourse from the Atlanta prison where he was about to spend time on account of mail-fraud charges. His words echoed in what was later recognized as the largest mass movement across the African Diaspora. So generally, Look for Me All Around You speaks of a diasporic consciousness. I didn’t originally plan to start with Garvey – it was really the title that came to me and I chose to retain it because it accounts for so much of what I want to look into. The injunction to “look for me all around you” instills a repossession of perception and an availing oneself of a fuller sensorial spectrum. 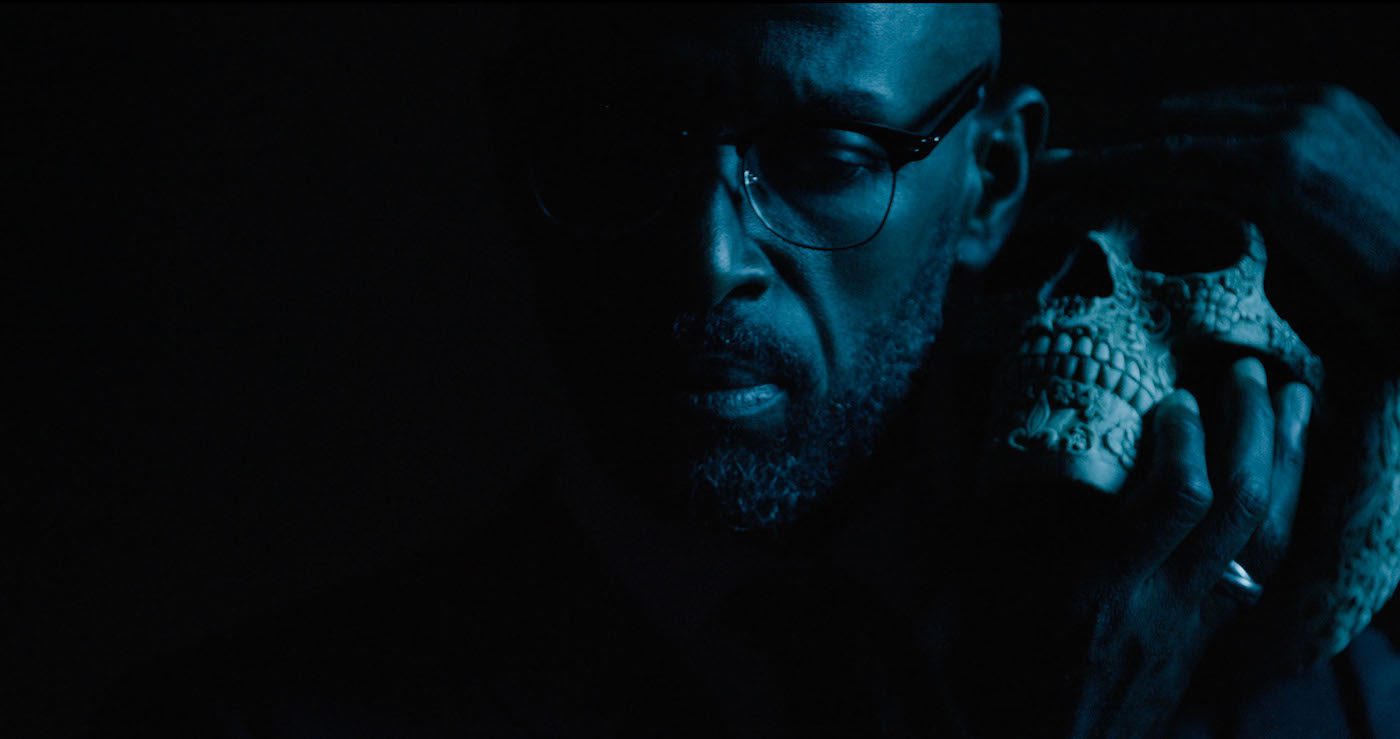 Caecilia Tripp, Even the Stars Look Lonesome, Film Still. New commission  for  Sharjah Biennial 14: Leaving the Echo Chamber  – Look for Me All Around You, 2019. Courtesy of the artist

Essentially I am thinking about the Americas as the place from where I speak, more specifically from the Caribbean and with a Caribbean historical consciousness. It was very intuitive. It may seem far-fetched, but if you hear out some of the expressions I use, for example “historical consciousness,” then it can bring to mind the history of slavery and the way the US and the UAE, if at different times, through different means, and with different aims, have developed through resource and labor extraction. Those words cannot be easily and publicly spoken in the UAE but can give entry points into understanding the Gulf region.

C&: How many artists are you working with?

CT: Each curator is working with approximately thirty artists. A little under a dozen of those I invited come from the Americas, broadly defined, and in total I have invited twenty-seven artists to produce new commissions.

I’m working with artists whose practices are conceptual, their meaning at times abstract. I am presenting a wide range of performance, human and non-human – performance of matter, performance of people, and performance of bodies. I’m interested in creating a third space that allows us to relate to each other. To me it is a fundamentally political space, but not in the sense of showing and telling. I am not interested in availing on the bodies of Others to be consumed by the gaze, particularly in the UAE among the diverse communities of a non-citizen majority. 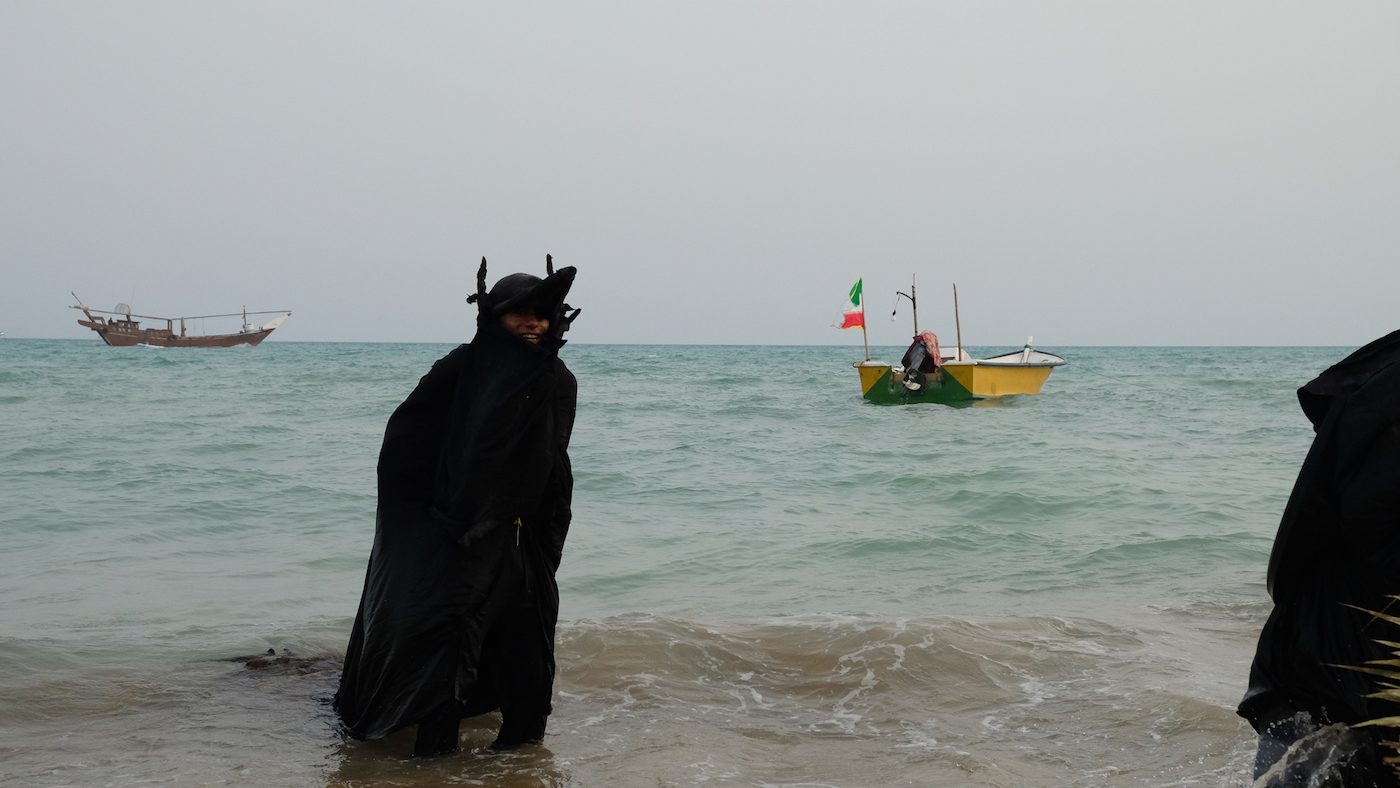 Alia Farid, At the Time of the Ebb, Production Still. New  commission  for  Sharjah  Biennial  14:  Leaving  the  Echo  Chamber  – Look for Me All Around You, 2019. Courtesy of the artist

C&: What else will be different between your platform and the others?

CT: Omar and Zoe will combine existing and new works, whereas I am only commissioning new works. I am also working across multiple sites in and out of Sharjah – East within the emirate to Kalba and up North to the emirate of Umm Al Quwain. Two thirds of the sites are not gallery spaces, or are outside venues. It’s a tremendous risk but I am very pleased with all the proposals.

C&: How about the venues?

CT: Sharjah is split into different territories within the peninsula and one of the spaces I will use looks out onto the Indian ocean. Kalba is not far from Oman and it’s a region with mangroves. I was very surprised to find them there – they’re significant to me because in the Caribbean imaginary they’re a space of escape. I’m unsure if these narratives exist in the UAE, but in my platform there isn’t so much show and tell, as I said – it’s more about feel and relate, about evoking and invoking, and in the space of the mangrove this is being done by both Nikolaus Gansterer and Isabel Lewis.

For me it’s when you start leaving the city of Sharjah and traveling through the desert, mountains, and seascapes that you begin to understand where you are. So what can be said and revealed here will be different from other places. I find that to be an extremely exciting challenge to take on – also because the tools that the artists and myself have to sharpen in order to navigate the freedom-of-speech line are very different. 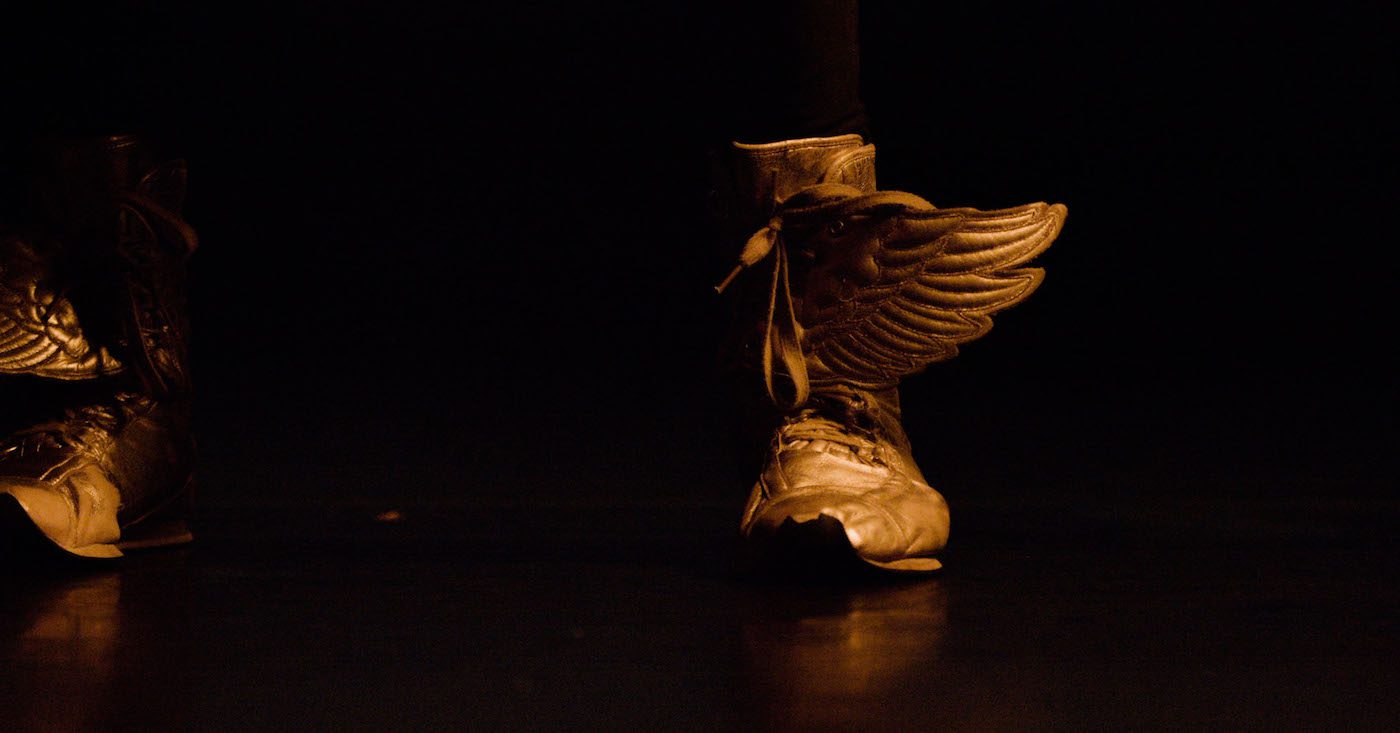 Caecilia Tripp, Even the Stars Look Lonesome, Film Still. New commission for Sharjah Biennial 14: Leaving the Echo Chamber – Look for Me All Around You, 2019. Courtesy of the artist

C&: Do you think performance may be a more appropriate medium for that?

CT: It took me a long time to wrap my head around what the body in the public space of Sharjah can look like, because the relationship to the body in Sharjah is vastly different from what I’m used to in Europe and the Americas. I really had a hard time working out what was going to be possible as the public space is primarily masculine, just to mention one of its characteristics. I’m no longer so concerned with that. I am not looking for confrontation, but I won’t shy away from what I do know to be challenging.

I’m interested in the creation of that third space where different relational modes can take place – and performance can take you there. And in a space with the specificities of the UAE, you need to resort to different modes of relating. It might be a political space but it won’t be through representation and discourse – which I think is overwrought and no longer operative anyway. Discourse can be more dividing than uniting and I see tremendous limitations in verbal discourse, particularly where translation may not occur – though ultimately humanity speaks the same language.

The Sharjah Biennial 14 Leaving the Echo Chamber takes place from 7 March to 10 June 2019 across different venues in Sharjah, UAE

Claire Tancons is a curator and scholar invested in the discourse and practice of the postcolonial politics of production and exhibition. For the last decade, Tancons has charted a distinct curatorial and scholarly path in performance, inflecting global art historical genealogies with African diasporic aesthetics as well as decentring and othering curatorial methodologies as part of a wider reflection on global conditions of cultural production.

The Africa Institute Opens in Sharjah