Johanna Unzueta’s topic is labor. Not just in the social and historical sense but also in the fabrication of her own art. Unzueta often constructs work that is based on industrial elements and objects – her sculpture series of grain elevators, cooling towers, and windmills is just one example. Currently based in New York, the artist still has strong links with the art scene in her native Chile, a scene that inspires her lighthearted take on the heavy objects she works with. With C&’s Theresa Sigmund she speaks about industrial buildings, natural ink, and a new generation of Chilean artists.

“In between all this I somehow saw the humanity of these buildings – grain elevators, gas tanks, cooling towers, windmills, and even the emblematic water towers from the rooftops of New York City.”

Contemporary And (C&): Where does your fascination with handmade objects come from?

Johanna Unzueta: It may sound a little clichéd, but I think I was born like this. Somehow I remember always keeping myself busy, working on different projects, and all of them involved using my hands. The making of objects was a way of communication, of expressing thoughts or feelings for me. I was also very curious and constantly surprised by different textures and materials. I guess that was part of my personal development. 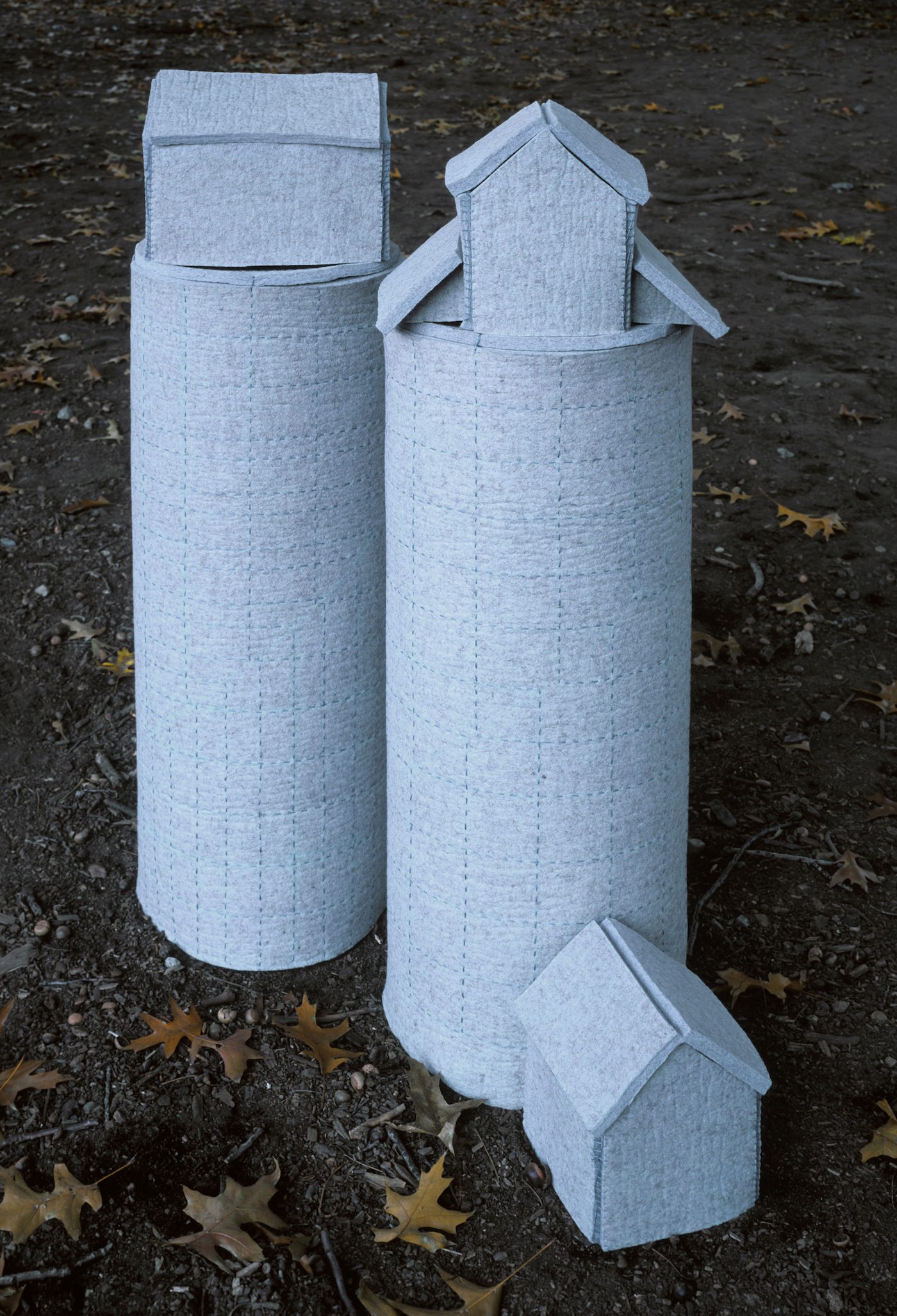 C&: It seems like the relationship between body and material is an important element in your practice, no matter what media you work with. Could you explain why that is?

JU: As you say, this connection appears in most of my works – in my sculpture pieces in felt, in the drawings, and in the Super 8mm films. I think our bodies relate to space and are in constant dialogue with the objects that compose it. So in my practice I am interested in the history of the elements I work with, in particular with their industrial origins and innovative architecture. Recently I’ve been reading Empire of Cotton (2014) by Sven Beckert, and I discovered that the Industrial Revolution started much earlier than the eighteenth century. It was great to connect the history of colonization with the Industrial Revolution and the history of capitalism. In this sense machines replaced slavery, or a new kind of slavery was formed, a new way of human and economic abuse. 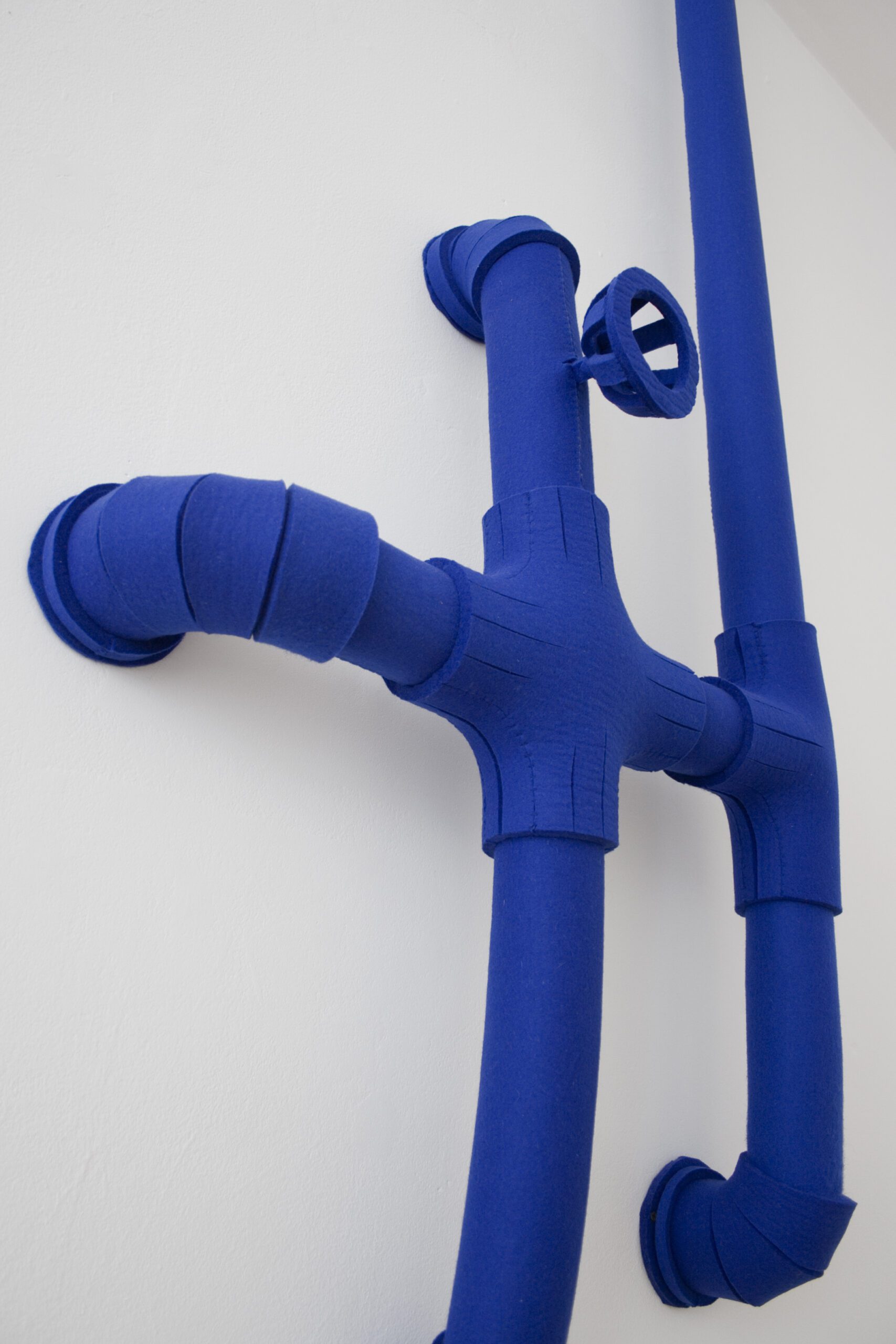 Johanna Unzueta, Deep in the Pool, 2010 (detail).
Felt and thread. Courtesy the artist and House of Propellers, London.

C&: I am often cowed by big industrial buildings – they have something indomitable. Yet your work deconstructs them in a very amusing way: You make them appear in unexpected spaces, and the material you use is rather unconventional. Has your relationship to those urban and natural spaces changed since you rebuilt them?

JU: When I started my series of sculptures more than ten years ago, I was thinking about their landscape. My interest was focused on the history that these places contained in their architecture: the iron, the concrete, and the wooden structures. In between all this I somehow saw the humanity of these buildings – grain elevators, gas tanks, cooling towers, windmills, and even the emblematic water towers from the rooftops of New York City. And I decided to replicate them with felt. I don’t really know if my relationship with them changed, but I do feel closer to them now.

C&: In 2013 you started a series of drawings. How do they speak to your other media?

JU: The starting point for this new body of work was simple experimentation and it was also a personal healing process. After years of working with felt, cutting and sewing, I started to have some health issues with my hands and needed a physical break from it. My drawings slowly started growing in dimension and complexity. When I learned how to weave, I also learned to dye the yarn with natural dyes taken from plants and vegetables, which was a profound experience I had in the south of Chile with Eugenia, a Mapuche woman. Although there are some variations from that experience in my current work on paper, the tinting techniques are pretty much the same, specifically in the making of the colors. 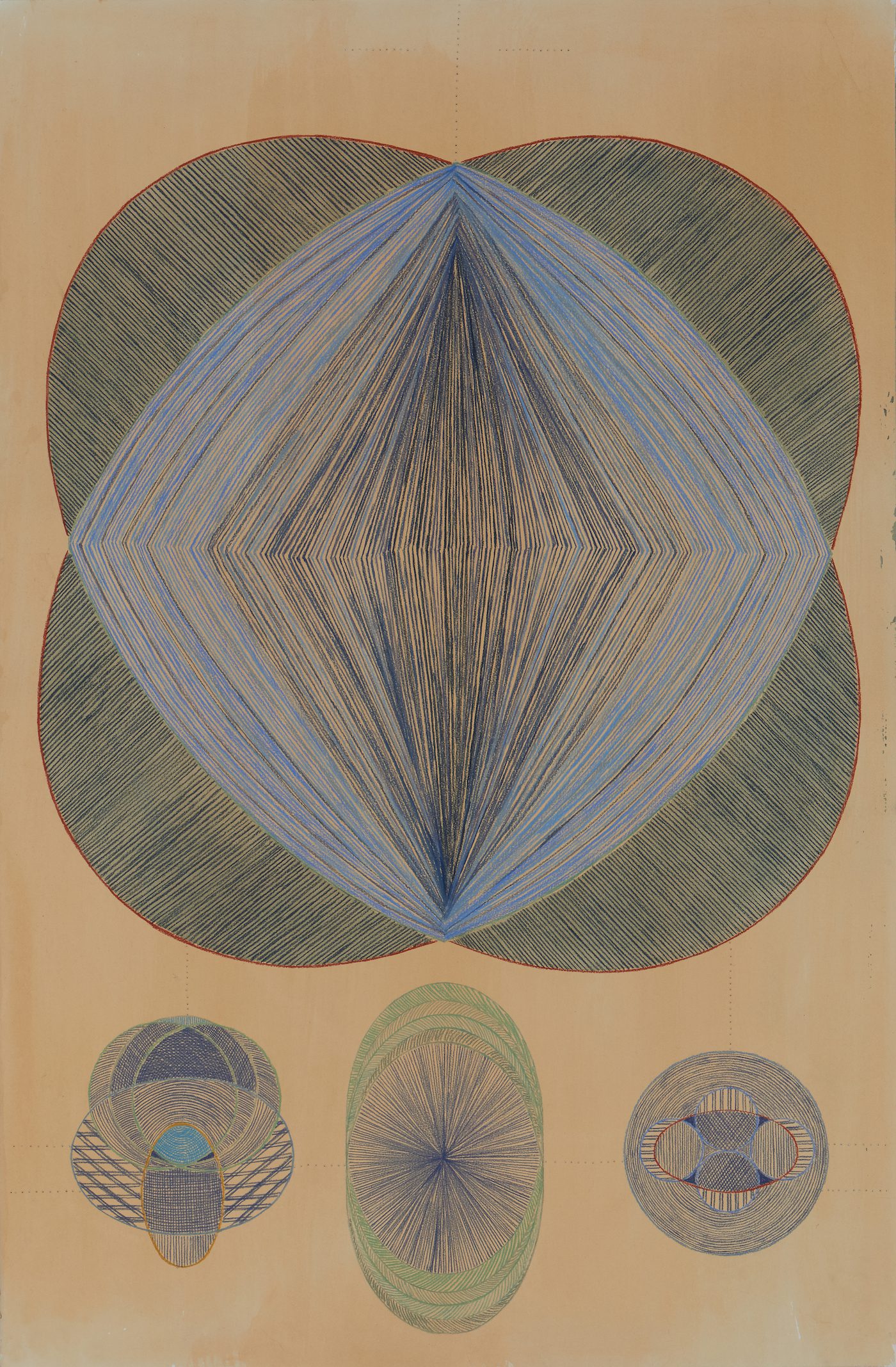 C&: Did you develop your work with local people before? And is this also something you will do for your Berlin Biennale contribution?

JU: At this point I am still in the production process for the Berlin Biennale, but what I can tell you is that I will present a series of new large drawings with respective support structures, and a mural piece. I have worked with murals before in different contexts and places in collaboration with local people. I like to think that creating these large drawings in public spaces and involving people from that particular context or community transforms the drawings into more democratic pieces of art. Although I know they are following a set of instructions I give, the experience of making it together opens the work up. In the end, the work is out of there, in the world, available to everyone.

C&: How do you observe the developments within the Chilean art scene from afar?

JU: Since I moved to New York, I have always kept a relationship with Chile. This is important to me because it is not rare that Chilean artists leave the country and then disappear locally. We should stick around. My generation is what we call the 90s. We are the first post-Pinochet generation, which can particularly be seen in the arts as we broke away from the conceptual and political forms of the 70s and 80s. Back then artists collaborated with poets, writers, and critical thinkers. They made shows and performances in alternative galleries and published magazines. It was a very vital and interesting scene, yet also very dogmatic. My generation grew up in the dictatorship, but we trained as artists in the transition period. We had other references too and were probably more international and pop-based, influenced by the early internet. Altogether we tread a bit lighter, or at least our outlook is more positive. We are looking into the future and not into the past or terrible present.

Johanna Unzueta is a participating artist in the 10th Berlin Biennale for Contemporary Art, taking place from June 9 to September 9, 2018.