C& is happy to publish this feature by Bisi Silva as second part of a collaboration with the Manifesta Journal: This was initially published in the Journals’ current issue “Future(s) of Cohabitation” .

One of the lingering consequences of the failure of the postcolonial state is the inadequate investment in the development of education. With the rise of authoritarian and dictatorial regimes from the late 1970s to the late 1990s, the frontline attack was on academia and any form of intellectual life. The plethora of journals, magazines and reviews that were propelled by the euphoria of the independence period were soon to be consigned to obsolescence. Nonetheless, a few have been able to reinvent themselves, outside of the continent. Some of the well known pan-African titles—which focused on art, culture, politics and society—included Drum Magazine, Black Orpheus and Transition,1 and they complemented the scholarship that was coming out of the dynamic University presses from across the continent at the time.

My discovery of New Culture: A Review of Contemporary African Arts highlights the informational vacuum that exists with regards to critical endeavors in the past. Until Janet Stanley, Chief Librarian at the National Museum of African Art, Smithsonian Institute, offered to provide the library of the CCA, Lagos2 with copies of the publication, I was not aware of the existence of the review. Only eleven issues underline its brief existence over a fifteen-month period in the late 1970s. During this period in Nigeria a handful of defunct magazines stood out for their focus on the arts, such as Nigeria Magazine3 and Uso: Nigerian Journal of Art4. New Culture: A Review of Contemporary African Art placed a particularly strong emphasis on the visual arts. It started with an illustrious editorial team that consisted of important artists based both on the continent and elsewhere as part of the diaspora, such as the American sculptor Melvin Edwards, the London based artist Taiwo Jegede, and Nigerian artists such as Demas Nwoko (founder) and Uche Okeke, who were subsequently joined by Ola Oloidi, the art historian and professor at the University of Nigeria. 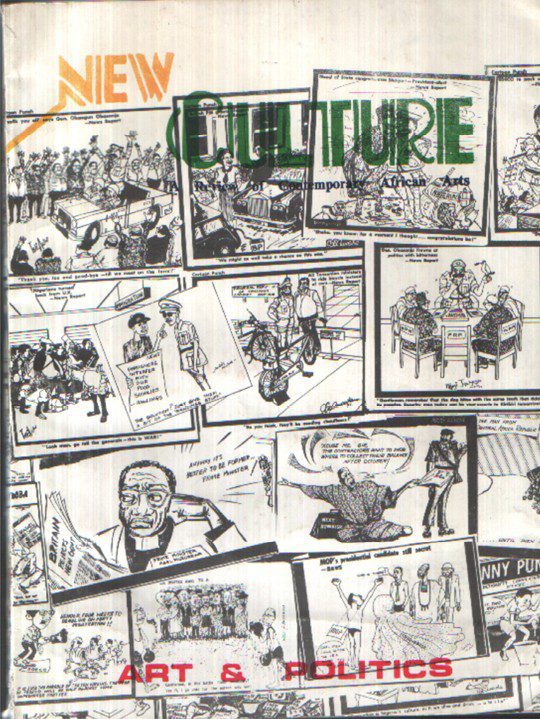 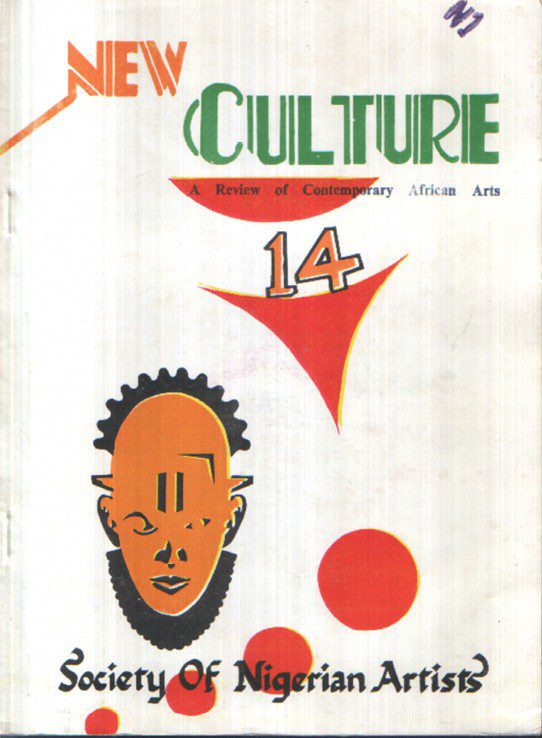 The review delved into many such issues such as identity, colonialism, post colonialism, as well as history and tradition as they came to highlighting the new African reality, and the way these were engaged by the artists in their work. The key section of the review focused on the aesthetics of African Art and Culture, which propounded a return to the study of traditional art— which the founder, artist, architecture, poet and writer, Demas Nwoko (1935 – ) considered to be the “only one art stylistic idiom… valid to the African and the Blacks of African descent the world over, its origin being the too well-known form of traditional African arts, a form that was created and nurtured to maturity by African people themselves, with a history that dates beyond 2000 years.” In espousing a return to the past he also acknowledged the need for “a new aesthetic position relevant to our time.”5 To achieve these objectives, the reviewers covered the arts across the continent. The drawings by Sudanese artist Ibrahim El Salahi (1930– ) that were featured in the May 1979 issue are such an example, as they reached out to the diaspora. The eleven editions are filled with reviews and essays, in addition to containing a vibrant children’s section that makes palpable the dynamism of the cultural and creative sector of the period. The exhibition review I found to be the most illuminating was that of Theresa Luck-Akinwale (1934– ),6 one of the few trained female artists in Nigeria who still remains inadequately represented in the history of Nigerian Art. As such, the eleven editions constitute an indispensable archive of our cultural life in a context where such information remains difficult to find. 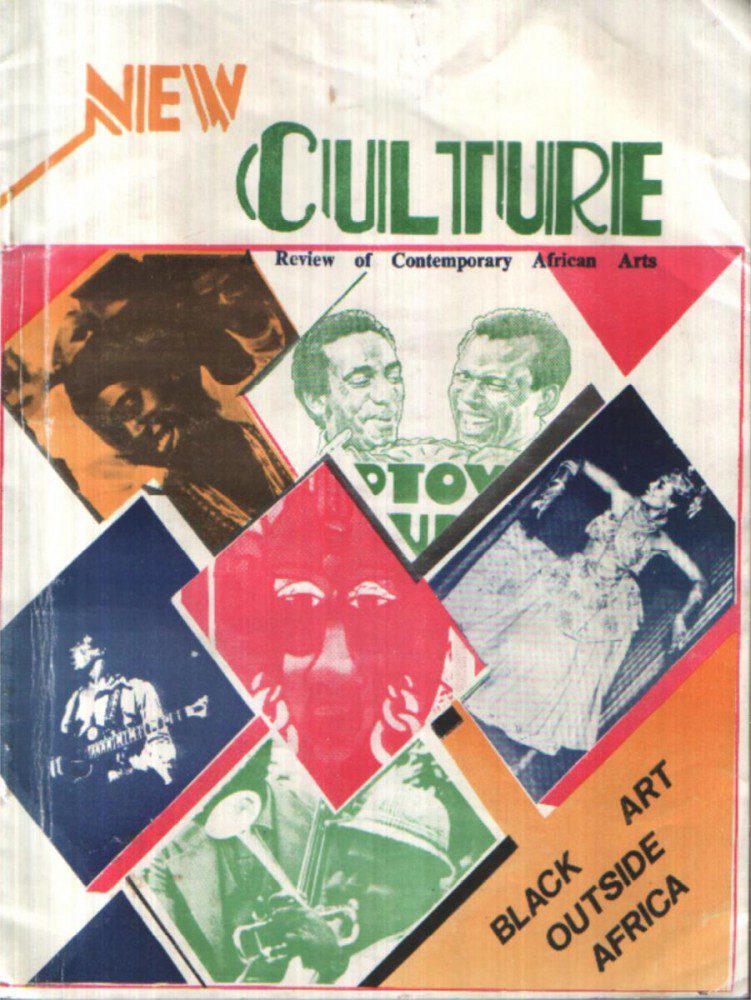 C& is happy to publish this review as second part of a collaboration with the Manifesta Journal: The review was initially published in the Journals’ current issue “Future(s) of Cohabitation” .