Nigeria’s largest city now has its own art biennale. Entitled “Living on the Edge,” the event invited 41 local and international artists to explore what it means to live under uncertain circumstances. Our author Obidike Okafor looks into what makes this biennale so special and how it’s succeeded despite encountering many hurdles.

For this debut Lagos Biennial, the theme is the biennale and the biennale is the theme. And you might never see a biennale like this anywhere in the world, because of its unconventionality and how it thrives in a background of dilapidation and chaos that has been welded with creativity.

Entitled “Living on the Edge” – everything about the exhibition from the artworks to the venues where every project was placed and even the community that provides the background for the event literally had some edginess. Located inside the railway compound – a property owned by the Nigerian Railway Corporation – makeshift wooden signs direct visitors through bush paths, the front porches and backyards of people’s houses to a disused railway shed. There, the artworks are arranged in the surrounding spaces, on and even inside of some of the old rusted trains that have clearly not gone anywhere in decades. 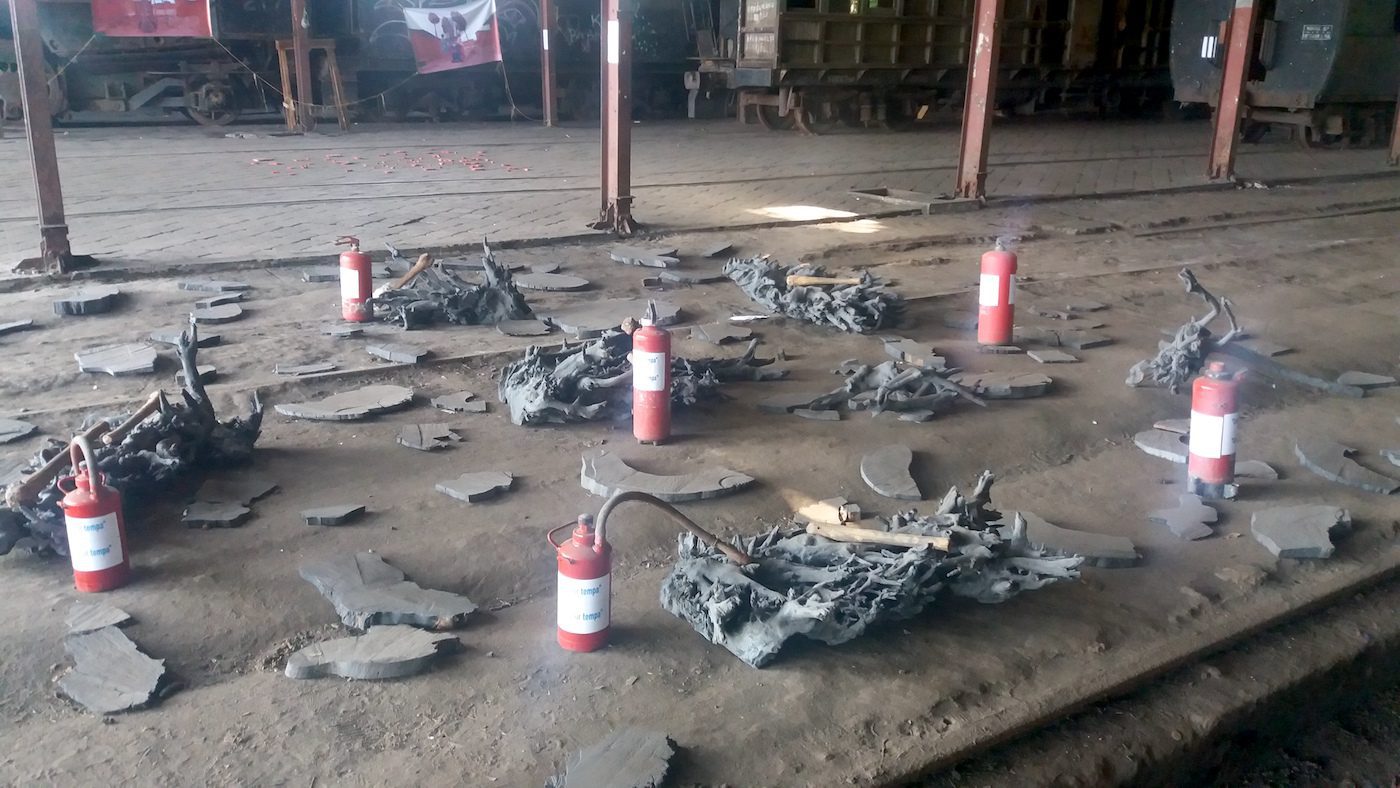 The 41 artists who came from within Nigeria and as far flung as Brazil and South Korea used various mediums including photography, installation, painting, and performance to investigate the unseen majority who are pushed to the brink of their existence. And these are both political and cultural ramifications, leading to representations that encompass the geographical, spiritual, and psychological results of living on the edge.

In the railway shed, the artists remind us of how concepts such as peace, death, terror, corruption, and poverty are major factors that affect the stability of the world. Even before consuming the creative menu at the railway shed (the biennale’s first stop), one cannot help but notice the squatters who live close by in improvised houses. The squatters, who are worried about being evicted by the railway authorities at any time, sometimes use the railway shed as a thoroughfare.

Everyone living with many risks is invited, including the stray dogs who hide from the sun in a corner of the railway shed when there are no visitors around to disrupt their afternoon siesta. The next stop from the railway shed is the Jaekel House (“Museum”) which was built in 1898. The railway museum is a treasure trove for history buffs, as it showcases photographic archival material dating from the 1940s through to the 1970s featuring personalities, places, and historical events in pre- and post-independent Nigeria. 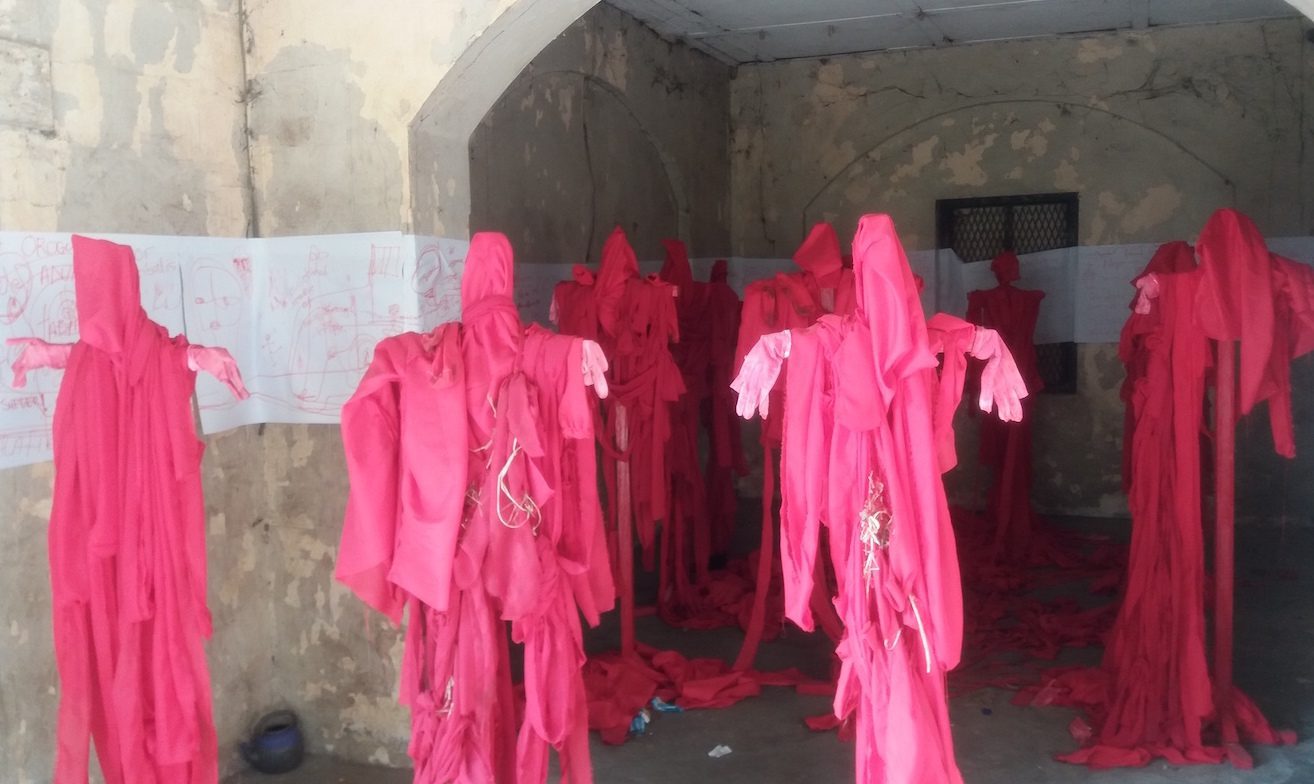 The last destination of the biennale exhibition tour is the Ilukwe House – the audio-visual installations venue. Alongside video installations, Nigeria’s foremost performance artists, Wura Natasha Ogunji and Jelili Atiku, held performances here. In this place visitors felt the edginess, as not more than ten people at a time could access the video installations due to the old broken floor boards located on the top floor, and at times they were not able to view the videos at all due to unexpected power cuts.

Apart from the main exhibitions, screenings, and performances, there are also talks and seminars to launch Lagos’s first art biennale. Despite the challenges, curator Folakunle Oshun and everyone who had a hand in putting up this city’s biennale debut should be proud of their achievement. However, it is still too early to determine if it was a bad idea in the first place, or if possibly the timing was wrong. 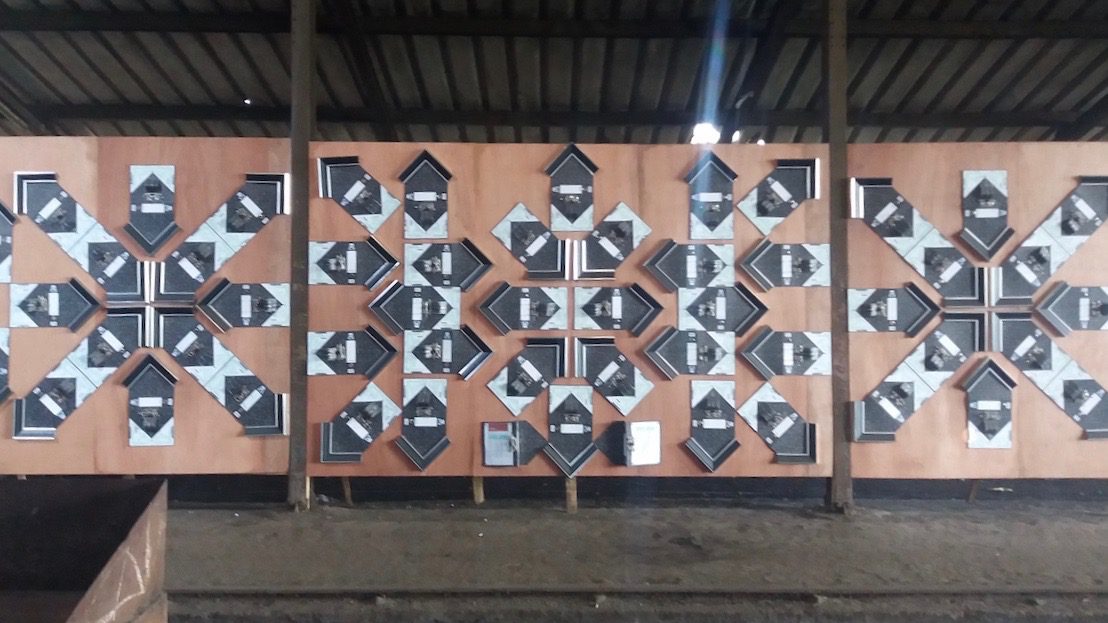 The initial effort by the organizers to put Lagos on the art biennale map was “perfect,” as it tested the artist’s mettle to create works in a city that many have never visited and in a space that they may have never encountered before.

If the organizers continue to tie the theme of the biennale to the venue, this will keep it fresh and its nomadic nature will help attract a broader audience for the visual arts, with artists continually being challenged to adapt their works to the surrounding circumstances. One sign of a great idea is when it works under prevailing uncertainties, and this could become the main thrust for the city’s plunge into organizing a major art event.