In contrast to most biennials, constructed from the vision and concept of a single artistic director, the 10th Berlin Biennale is a collaborative effort by five curators, led by South African born Gabi Ngcobo. With no unifying theme, it is a thought-provoking biennial that flatly refuses to take on the burden of identity politics, writes Liese Van Der Watt.

Entitled We don’t need another hero, it is a biennial that centers the voices of artists that are perhaps less well-known in an art world increasingly validated by art fairs and capital, but one where artists expect viewers to enter their worlds, to shift perspective if needs be, and in so doing to meet the limits of their own subjectivities.

We may as well begin with Ana Mendieta. Not the Mendietas that everyone has come to expect, where her body is burnt or buried into and onto the landscape – those are over at Martin-Gropius-Bau and not part of the 10th Berlin Biennale – but a few small delicate drawings that are shown in Akademie der Künste, one of five official biennial venues. They are intimate, quiet, understated, and yet insistent in their richly suggestive female-like forms. These works are somehow both surprising and completely logical in a biennial that has taken opacity, uncertainty, and complexity as central to its framework: surprising, because in their simplicity they seem at odds with a show of mostly contemporary (as in living) artists whose complex, layered, contradictory, and intersectional works speak to the times; yet completely logical, because Mendieta’s story is one of asserting her place in the world, in the same way that this show is about calmly insisting on subjectivities that are frequently scrutinized, policed, regulated, and disavowed. 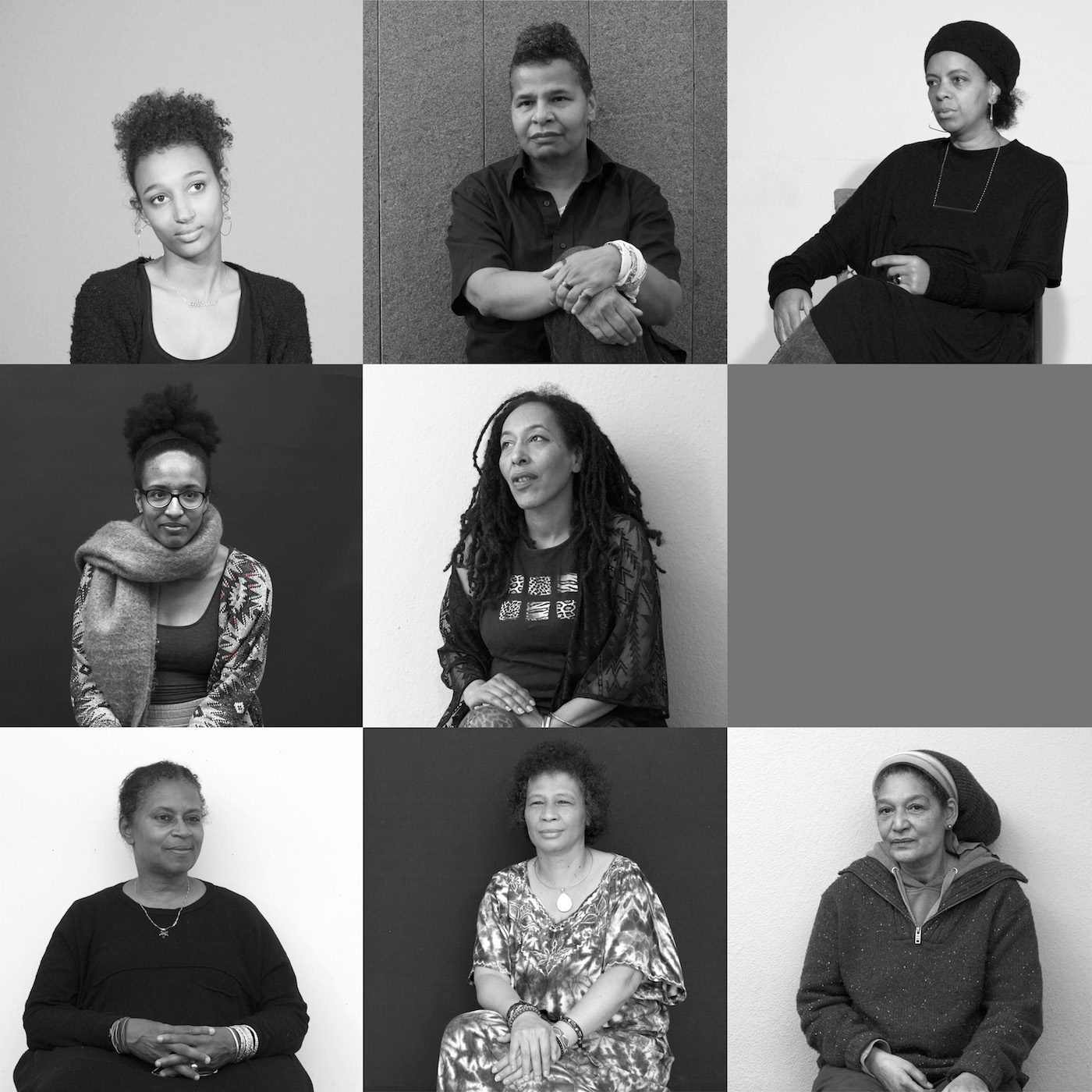 Take the portrait by Firelei Báez that greets you on entering the Akademie der Künste. In an ornately baroque trompe-l’oeil frame, peeling with layers of histories, Baez has painted an anonymous woman of indeterminate color or ethnicity – a painterly comment on the Akademie’s centuries-old policy of selective (read white male) membership. It may seem an obvious strategy, but it immediately activates the curatorial commitment to engage with local spaces. In addition, the positioning of this woman in this opening space announces a curatorial leitmotif that recurs throughout the exhibition: portraits that prompt us to pause – like punctuation – over the centering of mostly female Black subjectivities. Lynette Yiadom-Boakye shows a series of arresting female figures assessing the viewer thoughtfully, while Natasha A. Kelly, over in KW Institute of Contemporary Art, features eight Black German women in films that provide complex and highly individualized portraits of their lives and work in Germany. 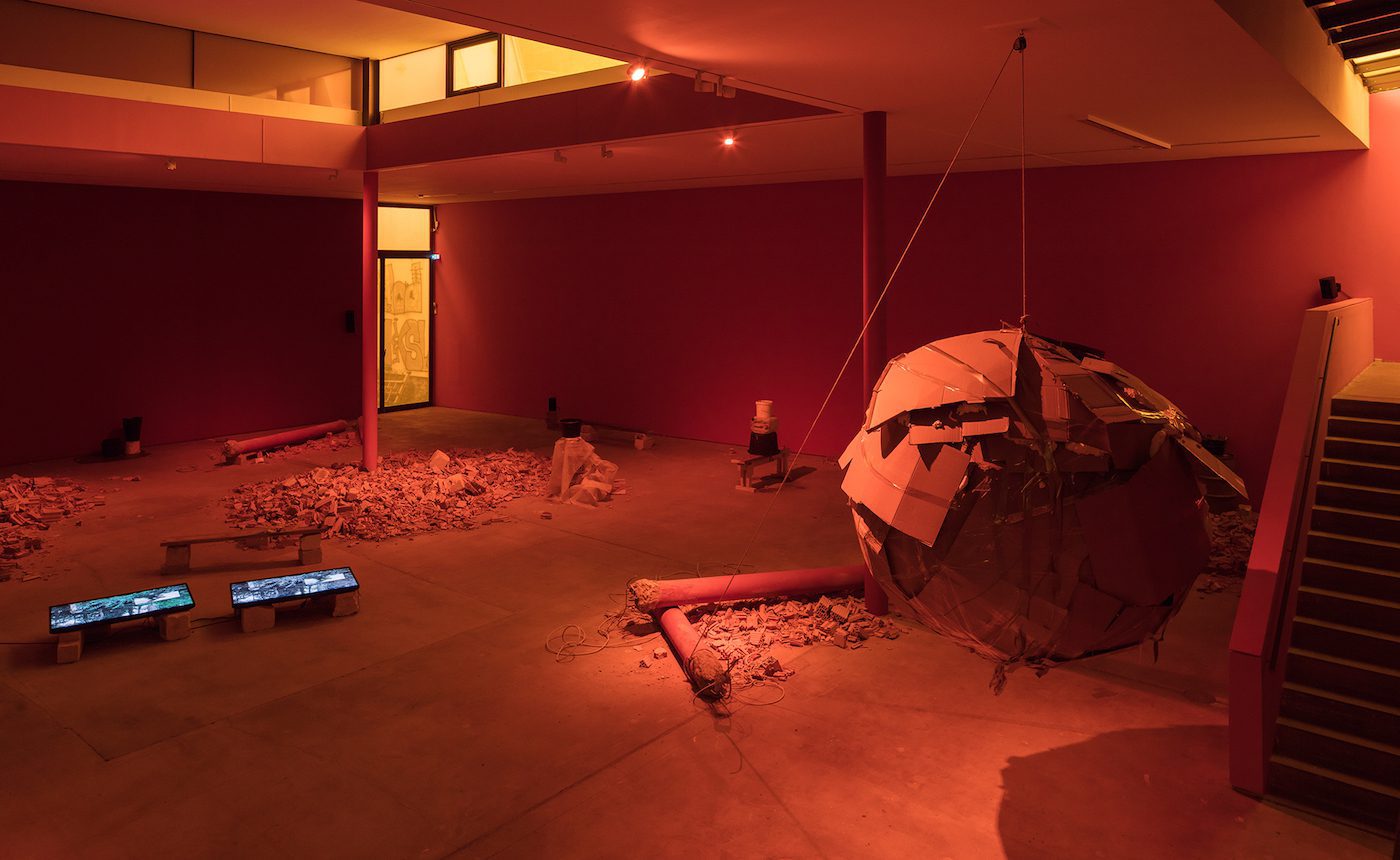 At the venue ZK/U, Dineo Seshee Bopape shows a new video work, Title Unknown at Time of Publication, loosely based on the 2006 court transcripts of the rape trial between then Deputy President of South Africa Jacob Zuma and Fezekile Kuzwayo. In the film the predatory male is an older white man (think Al Pacino in Scent of a Woman) who, over the green expanse of a respectable velvet sofa, approaches a much younger female figure and eventually rapes her on the floral sheets of a suburban bed. It’s a layered and broken narrative focusing repeatedly on the clenched hands of the girl and the sordid searching hands of the perpetrator, interspliced with Bopape’s trademark patterning that slowly descends into a frenzied fury. What stays with me is not a picture of a Black victim, but a portrait of her eventual rage – the girl’s repeated forceful forearm jerk, an “up yours” to her rapist but aimed directly at the viewer, who is consuming yet another tale of sexual violence and victimization of the Black female body.

These intense “portraits” – rooted in figuration or subjective experience – are counterbalanced by a range of abstract and minimalist works that recur throughout the biennial. A series of wooden assemblages by Mildred Thompson (1936–2003) – who is a research interest of curator Nomaduma Masilela – recalls the artist’s decision to shun representational imagery in the 1970s in an effort to free herself from the expectation that Black artists address racial issues. The inclusion of these works – along with Moshekwa Langa’s vast abstracted landscapes and Johanna Unzueta’s complex linear drawings that resemble the weaving, spinning, and dyeing practices that she studied in her native Chile – makes for an exhibition that refuses to conform to expectations.

It is a biennial that forces viewers to confront their assumptions about art and subjectivities, and about biennials in general. Its small scale, its understated and relatively light curatorial touch, results in a show that is intelligent without being overbearing or homogenizing.

Based in London Liese Van Der Watt is a South African art writer and associate editor of C&.