An exhibition reflects on the experience of a Morocco’s leading modernist painter in Warsaw during the Cold War years.

The exhibition Ahmed Cherkaoui in Warsaw. Polish-Moroccan Artistic Relations (1955–1980) has an alluring palimpsest at its core. Its curators, Przemysław Strożek and Sara Lagnaoui, have uncovered a network of official and private connections and stories around the artist, many of which had never been properly recorded, or had stayed in the shadows of transcontinental cultural exchange in the Cold War era. The locations of Warsaw, Łódź, and Asilah act as the main points of a geopolitical dramaturgy through which the exhibition is divided into three parts. 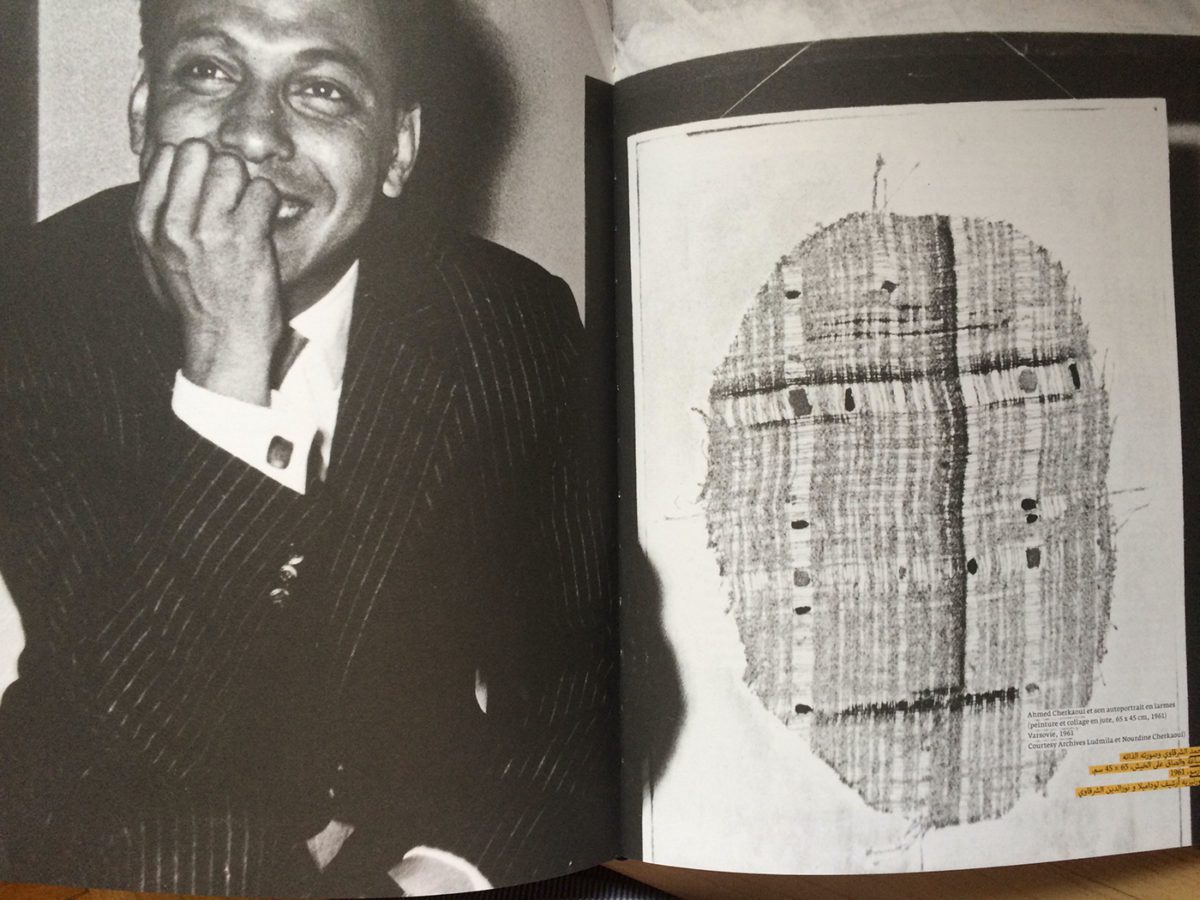 The plot of their visual essay is tied to the date when twenty-six-year-old Ahmed Cherkaoui (1934–67), who was born in the small Moroccan town of Boujad, arrived for a one-year internship at Warsaw’s Academy of Fine Arts in October 1960. This moment exposed the young painter to the politics and experiences of an Eastern Bloc country, which were to have a fundamental influence on his work. A previously unseen constellation of facts, situations, and events is revealed, as well as a nodal point in Cherkaoui’s life around which the narrative of the show is organized: his meeting with Henryk Stażewski, a pioneer of the avant-garde and member of the “a.r.” (revolutionary artists) group. Cherkaoui became a part of this orbit, while also attending the graphics department at the Academy of Fine Arts under Henryk Tomaszewski, with whom international students often studied, and he coming into contact with professor Wojciech Fangor, co-founder of the Polish School of Posters. 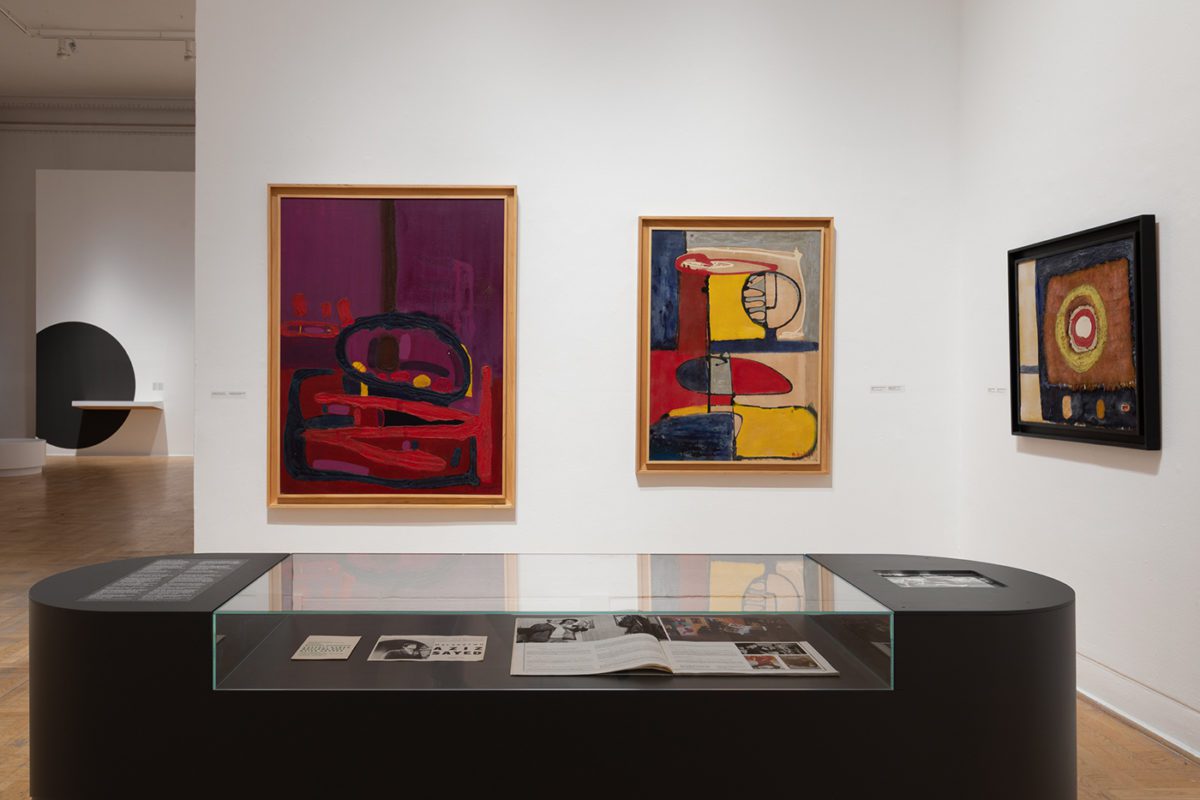 Cherkaoui’s stay in Warsaw came at an interesting point in time for the young Moroccan artist. In 1956 he had arrived in Paris to continue his education at the L’École des Métiers d’Art and the École Nationale Supérieure des Beaux-Arts, after having trained under a calligrapher in Casablanca during Morocco’s first days of independence. The Bandung Conference had just taken place a year before, as had the International Exhibition of The Art of the Youth at the Zachęta National Gallery of Art, accompanying the 5th World Festival of the Youth and Students. The latter was a massive gathering under the aegis of the struggle for peace and brotherhood, an important example of the solidarity movement and of the support for national liberation movements that the Socialist Bloc offered Third World countries. Much of the further cultural exchange between the Global South and the Eastern Bloc resulted from this event. It paved the way for the connections Cherkaoui would experience during his stay in Warsaw.

The presence of Cherkaoui in the group of Warsaw abstractionists is documented in the show by a selection of penetrating portraits by photojournalist Irena Jarosińska, including a photo from his own solo exhibition at the Crooked Wheel Gallery in June 1961. The fact that Cherkaoui’s Warsaw debut did not receive any reviews in the Polish press was quite unjustified. He presented unique paintings (examples of these are Warsaw by Night or Self-Portrait in Tears, both 1961) for which he stuck jute on canvas or wood with plaster or glue and drew on a spectrum of signs, ciphers, and shapes derived from folk art, especially North African tribal symbols and Arabic calligraphy, as well as Berber tattoos, textiles, and alphabets. The images, characterized by linearity and vivacity, offer interlocking rhythmic patterns and an amalgam of references and interpretations. For the current exhibition the curators arranged Cherkaoui’s paintings, which also make direct references to the symbolism of Paul Klee and Roger Bissière, alongside the works of Moroccan colleagues like Mustapha Hafid, Aziz Sayed, and Najib Kheldouni, who continued the Polish-Moroccan artistic exchange in the following years. Cherkaoui acted as an ignition spark and initiator of a network of contacts which in the next decade led to a meeting of conceptual and video artists and performers associated with the Lodz Film School, the Bureau of Poetry, and the Adres Gallery, such as Abdellah Drissi, Idriss Karim, Mohamed Ben Said, and Abdelkader Lagtaâ. 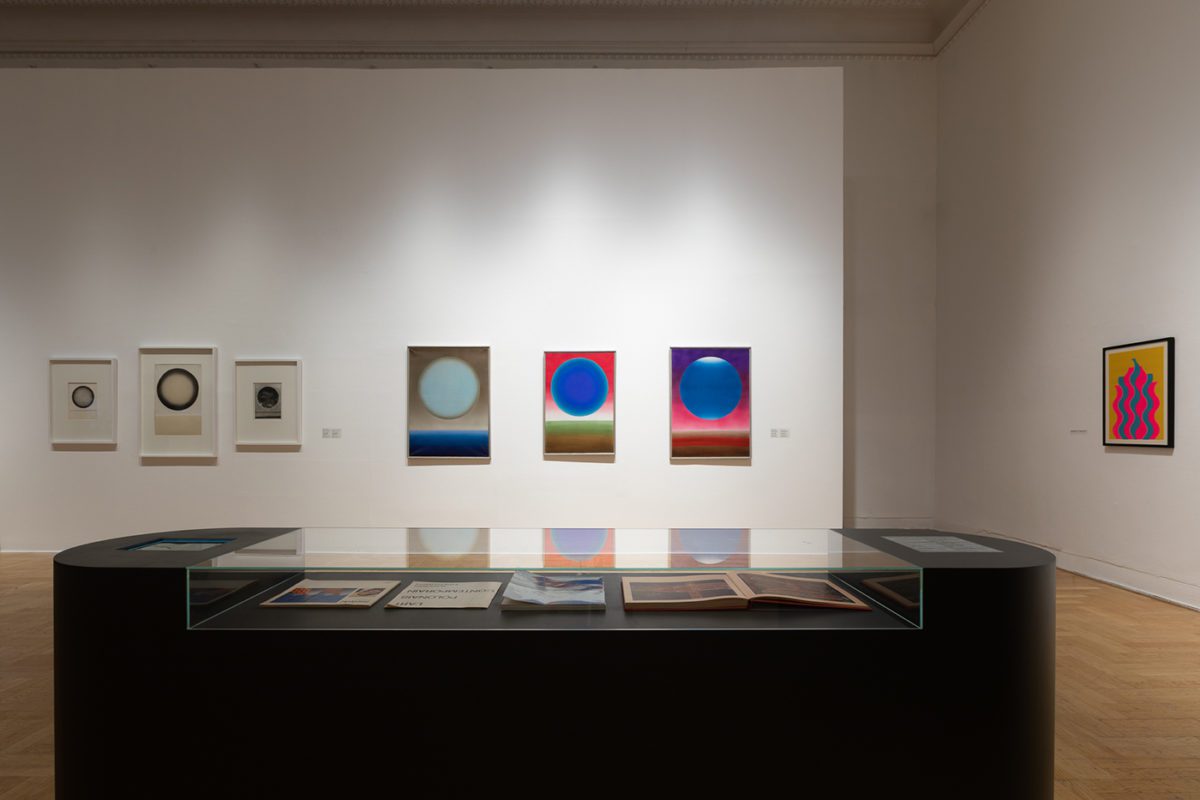 Having opened with the story of Cherkaoui’s meeting with Henryk Stażewski and then moved to his spatial reliefs and abstract compositions, the exhibition closes with a presentation of the graphics and watercolors of Roman Artymowski’s Asilah series from the late 1970s. Artymowski came to the Moroccan town of Asilah in 1978, invited by Mohamed Melehi to create his own graphics studio at the Rassouni Palace and to establish artistic connections between two nominally socialist cultures representing two Cold War geopolitical constructs. The solar cycle that Artymowski created there, which combines abstract art with the symbolism of the Earth and Sun, the landscape of his host country, and the search for universal signs, symbolically points to the end of the show.