Art Movements and The Discourse of Acknowledgements and Distinctions 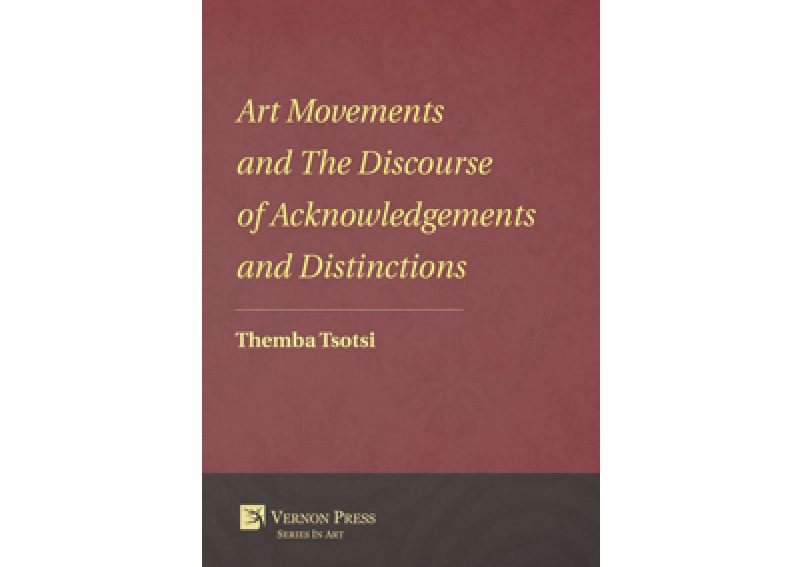 This is a work of critical theory in the deconstructionist tradition. It investigates the impact and role of visual art practice in cultural dispensation. Its central argument is that conceptions of ‘leadership’ and of ‘being a subject’ (or subjugation) play a formative role in the manner with which cultural ideas are appropriated and spread out in organic interactions within the community.

The arguments advanced in this work demonstrate that leadership conceptions are disseminated as ‘signs’ (a conceptual term for how ideas and their significance are understood in the context of cultural dispensation) and that signs have historical roots and connotations. Using deconstructionist techniques like différance, this work concretises the critical in the discourse which states that ‘signs’ in the cultural dispensation are in constant interaction with each other in terms of defining their historic, epistemic and contemporary ‘meaning’.

The Discourse of Acknowledgements and Distinctions introduces three concepts that account for themselves through the infinite propensities of social contexts and the ‘signs’ that anchor them for referral. These are the notions of Cerebrinity, Hysteridence and Remembrance. The use of psychoanalysis – and of the perspectives of Kristeva, Jung and Freud – distinguishes this book from other works of critical theory that deal with art and art movements.

The book aims to illuminate on the propensity of the community to participate in its own subjugation in the context of Modernity. It is concise and incorporates critical theory perspectives by writers like Baudrillard, Lyotard, Kristeva and Spivak. It can be appreciated by art students interested in the intersection between visual art, critical theory and psychoanalysis.

Themba Tsotsi is a freelance writer, writing mainly about visual art. He graduated with a BA Honors Degree at the University of the Western Cape (South Africa) in 2006. In 2007 he was part of a visual artist collective, based in Cape Town called Gugulective, exploring performance art and writing about visual art. This entailed visual analyses, for cultural, social and historic aspects in contemporary art practice in South Africa and the world. The collective traveled to Germany, Spain, Holland between the years of 2006 and 2009. While the author’s participation in the collective ceased, his research into critical theory and its relation to postcolonial studies continued, inspired by the realization that the postcolonial perspective is as concrete as the strategies in Deconstructionism exhibit.

Chapter 1 – Art Movements and Distinctions
Chapter 2 – Art and Cerebrinity
Chapter 3 – Art, Referral and the Supplementary/Supplement
Chapter 4 – The Epistemic as Metaphoric and Metonymic
Chapter 5 – Artefact, Archaic Man and the Didactic
Chapter 6 – Performance art and the Immediacy of the social context
Chapter 7 – The “sign” and the SOCIAL Apparatus
Chapter 8 – Condensation or Metaphoric Location of Submission and Art Practice
Chapter 9 – Art, the “Negative” and Hysteridence
Chapter 10 – The Substitution and Art Movements
Chapter 11 – Hysteridence, Art, the Substitution and Signification
Chapter 12 – Organized Sublimation and ‘the real’

Art Movements and The Discourse of Acknowledgements and Distinctions

Availability: In stock via www.vernonpress.com