A conversation with the artist Emma Wolukau-Wanambwa

C&: When did you first become interested in art?

Emma Wolukau-Wanambwa: When I was at school, I hated art and gave it up as early as I could. The only thing I was really interested in was classical theater. I wanted to direct plays. So after studying literature at university, that’s what I set out to do. At the age of 23, I won an apprenticeship at the Royal Shakespeare Company in the UK. Joining the RSC was a dream come true, but while I was there my artistic aspirations altered radically. There followed a few years “in the wilderness,” so to speak, then eventually I began to make what I later discovered was “contemporary art.” My early efforts were positively received, and I wanted to learn more, so after having given up art at the age of  14, I found myself studying it again at the age of 30. I completed an MA at the Slade School of Fine Art in 2008, and have been a practicing artist ever since.

C&: You are based in London and Berlin, but you also go back and forth to Uganda. How is your work related to Uganda?

EWW: My family is from Uganda, but I had never lived or indeed spent much time in the country until 2010, when I went there to research an idea for a film. The film didn’t work out but I decided to return anyway: there was a wealth of extraordinary material everywhere I looked. Since then, I have travelled to Uganda every year and basically followed my nose. Various artworks have started to emerge as a result, and certain topics have evolved into research interests in their own right. For example, it has been important to me to situate my own practice in relation to that of my Ugandan contemporaries. Learning about them has involved learning about East Africa’s art histories. Through this, I have become interested by colonial art education, and have begun to research it extensively. 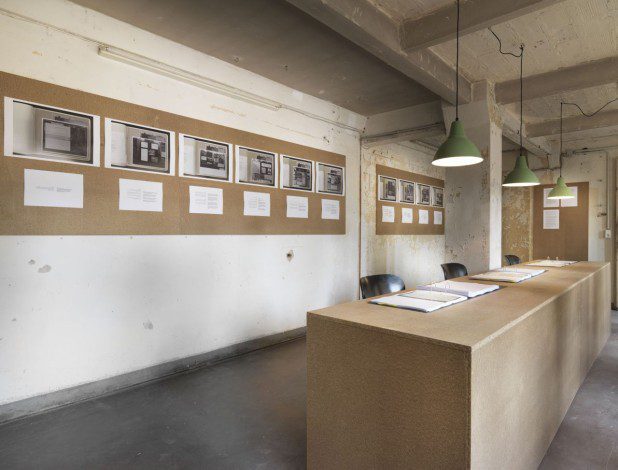 C&: You said East Africa – so you also explored art education not just in Uganda, but also in other areas of the region?

EWW: My present attempt is to trace and to understand the development of specific “fine art” discourses and “fine art” practices in Anglophone East Africa – many of which emerged under colonialism and from within the less-than-emancipatory framework of colonial educational policies. Margaret Trowell, who founded the region’s first  “professional” art school in Kampala in the 1930s, cleverly managed to secure a place for her school within what became East Africa’s first university. Africans had severely restricted access to higher education during this period and Makerere University in the Uganda Protectorate was for a long time one of a handful of places on the continent where one could study for a university degree. Consequently, students came not only from present-day Uganda, Kenya, Tanzania, and Sudan, but from places much further afield like Zimbabwe, Zambia, and Botswana. So the Makerere School of Art was intensely international from its inception, and has consequently exerted a considerable influence on the development of the visual arts in a number of African countries.1

C&: Can you tell us more about your teaching experiences in Kampala?

EWW: Although I have not yet done much formal teaching there, I have been involved with Uganda’s art schools since 2011, when I did a Commonwealth Foundation residency that was hosted by the Makerere University Art Gallery. As I started to take a serious interest in Uganda’s contemporary art scene, it became clear that understanding it meant getting to grips with what I would term its “ecology,” and a key part of that ecosystem is obviously the education by which its artists are formed. One of the most absorbing and complex questions that has so far arisen from this research is: how does one teach art in a country with no art museums? I don’t mean the “museum” in the sense of a place to go and look at art, rather I refer to its function within the context of fine art’s discursive field: as I see it, within Western fine art discourses, the “museum” essentially functions as a gold standard – a guarantor of value. Even though you may never go to a museum, let alone have your work collected by one, belief in the merits of its existence and a relative consensus regarding its position and function means that pretty much everything that exists and occurs within art’s discursive field somehow happens in relation to it – even when that relation is antagonistic. That there is no art museum in Uganda (in the Western sense) is not something that I consider in and of itself to be a problem. In fact, it could potentially be quite emancipatory. But what I do think exerts a complex and sometimes problematic effect on visual arts discourse in Uganda today is that formal art curricula appear largely to be based on the assumption that there is a museum. And that museum is the Louvre.

The Nagenda Academy of Art & Design is a very small, very young school founded and run by a group of artists and art educators who are acutely aware of the issues adversely affecting artistic education in Uganda and passionately wish to make a change. Last year, the director of the school, Dr. Kizito Maria Kasule, invited me to come and work with them. Our collaboration is, quite rightly, developing slowly, but our aim is to develop a body of research and a set of research practices that will ultimately support substantial changes to the overall curriculum.

C&: You participated in KLA ART in 2012. Now, in retrospect, what did this mean to you?

EWW: It was a great privilege to be chosen to participate in the first Kampala Contemporary Art Festival back in 2012. At that point I had been working in and making work about Uganda for three years, but I had never had the opportunity to exhibit there. So being part of that festival was hugely important in terms of furthering not only particular relationships and conversations, but also my understanding. The installation I showed, entitled Paradise, was the first piece to emerge from my ongoing research into the largely forgotten story of the 30,000 European refugees who lived in refugee camps in Britain’s East African colonies in the 1940s and ’50s. (There were 7,000 of them in the Uganda Protectorate alone.) It was good to tell a Ugandan story in Uganda, and also not to feel that I was just producing work “for export.”

C&: Now finally, how would you describe the art scene in Kampala?

EWW: A lot has changed in the four years since I started visiting Kampala. The artistic community is ever more curious about what is going on in other parts of the world, and is increasingly keen to take part in various international conversations. The new Kampala Art Biennale, launched in August this year, is the most recent testament to that fact. I would say the key catalysts for the changes I am now seeing are: KLA ART 012 (Kampala Contemporary Art Festival 2012); David Adjaye and Simon Njami’s touring exhibition, Visionary Africa: Art at Work, which was presented in Kampala at the same time; the opening of 32º East (a project space, library, and studio complex that has reconnected Uganda with the Triangle Arts Network and brought a steady stream of artists into Uganda from abroad); Fas Fas (Ronex Ahimbisibwe’s short-lived artists’ space); and, obliquely, the success of Bayimba – a tremendously popular performing arts festival that now takes place all over the country and is becoming a major force in the region. I think the efforts and achievements of its founder Faisal Kiwewa and his team have been a valuable object lesson in what can be achieved.

Emma Wolukau-Wanambwa is an artist and researcher. She has been working on representations of late colonialism, primarily in East Africa, since 2011.