A Self-curated Retrospective Calls for New Interpretations of his Art

António Ole is known for his aversion to labels: he doesn’t view himself as an “African artist” nor does he feel that his art should affirm his “Africanness.” He has been quoted as defining himself as “an artist of the world” (a concept he’s not always found easy to explain), “an artist of his time(s),” and “an artist in transit.” The self-curated fifty-year retrospective 50 Years: Past, Present and Future calls for new interpretations of his dialogues with these “transits.”

António Ole’s fifty-year retrospective in Luanda comes after similar exhibitions – Luanda.Los Angeles.Lisboa (2016) at the CAM/Center for Modern Art in Lisbon and Corpo&Alma (2017) at the Calouste Gulbenkian Museum in Porto – that were well-received. This time around, however, his choice to curate his own work raised some eyebrows. In his critique of the exhibition, Angolian historian and art critic Adriano Mixinge, who is intimate with the pluriversality of Olé’s vast body of work, regretted a “loss of ability to surprise since [the installation] Na Margem da Zona Limite (1994),” the “absence of a great part of his most interesting work,” and that perhaps a better curatorial treatment could have been achieved by “working with a group of specialized co-curators.” 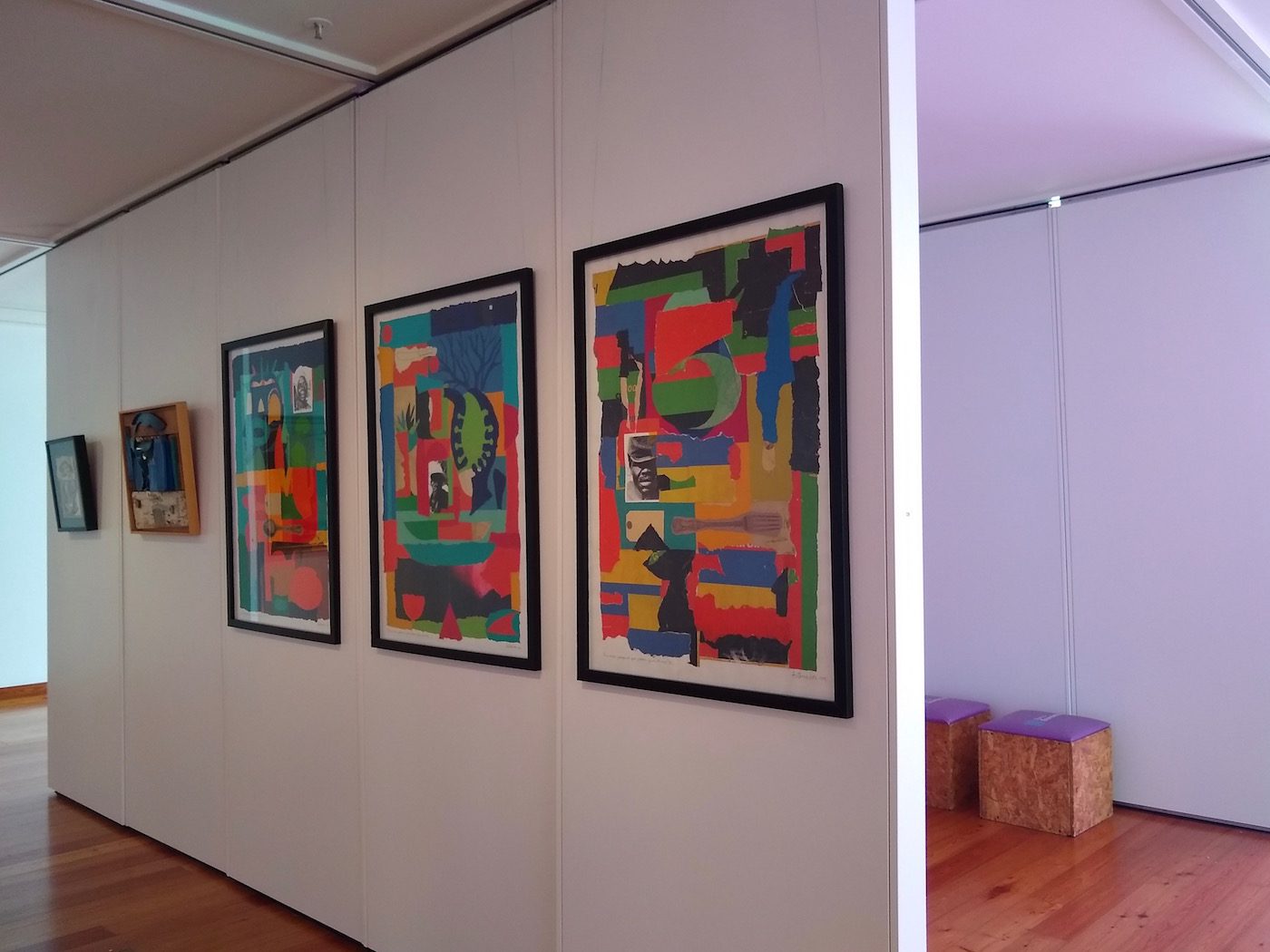 A “risky decision,” suggested the critique, bearing in mind what Ole has come to signify to the body and trajectory of Angolan modern and contemporary art and artists. That, and the inexistence of a localized and comprehensive body of his life and works in Angola. The critique ends by hoping that such a localized body may be created in the future, vindicating the artist’s merited place “in the history of Angolan art and culture, and the place of Angolan art in the context of African and international modern and contemporary art.” 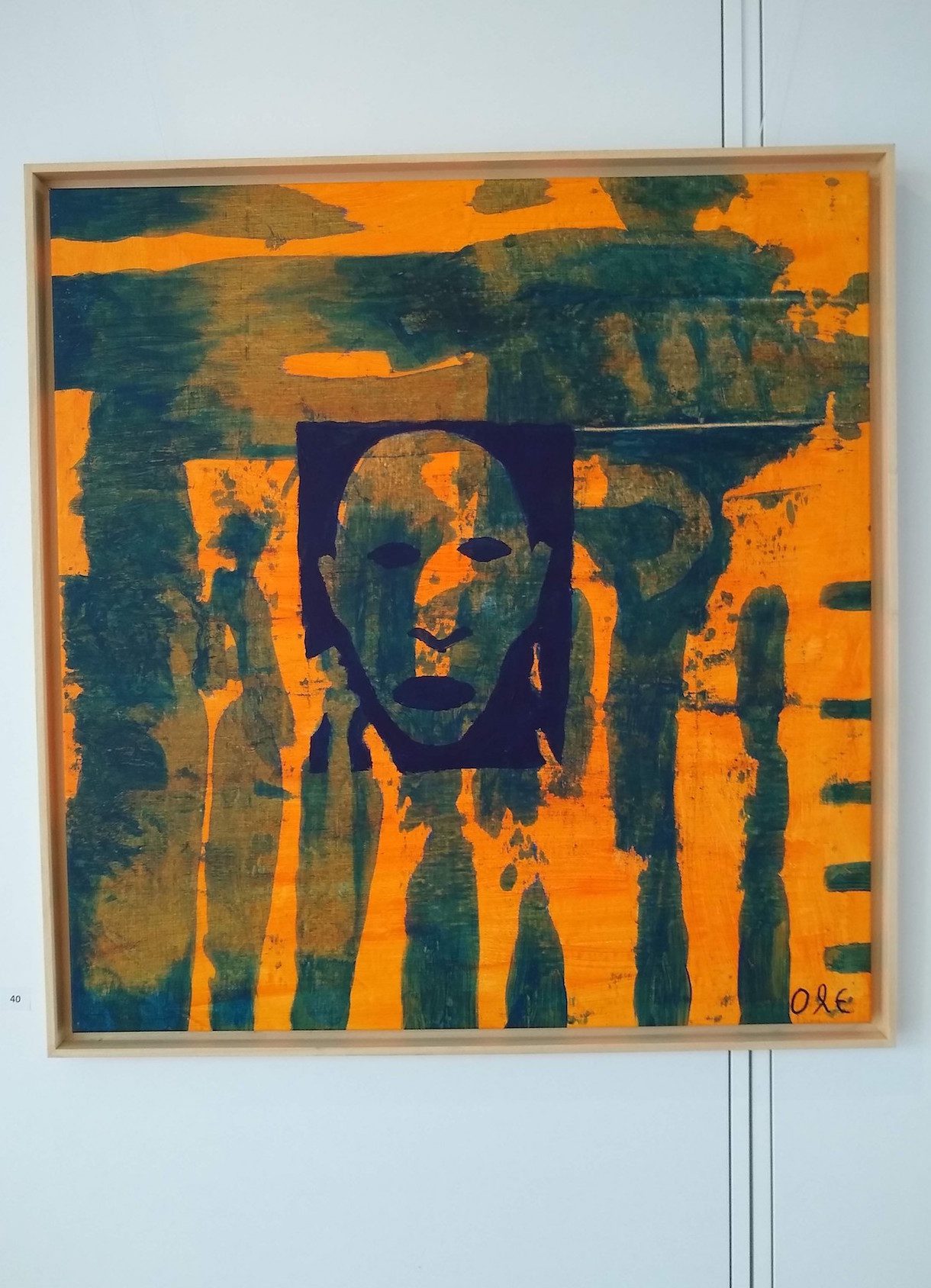 To those new to his work, and approaching it within that referential void, the show comes across as a panoply of his inter-epistemic dialogues – transits. There is no sense of the time of these transits, only the spaces in which they occurred. The selection of paintings, drawings, and collages narrates rare peeks of the European and American influences of his earlier incursions into modern art, hints of a lengthy dissection of the colonial wound, explorations of insular cultures in the South Atlantic and Indian Ocean. It includes a series of large pencil-on-paper philosophical drawings discoursing on the precarious balance between the object of art and science and the experience of existing. There is also a light box memento of impressions of Venice, and a documentary film on the life and work of the artist by Portuguese filmmaker Rui Simões. 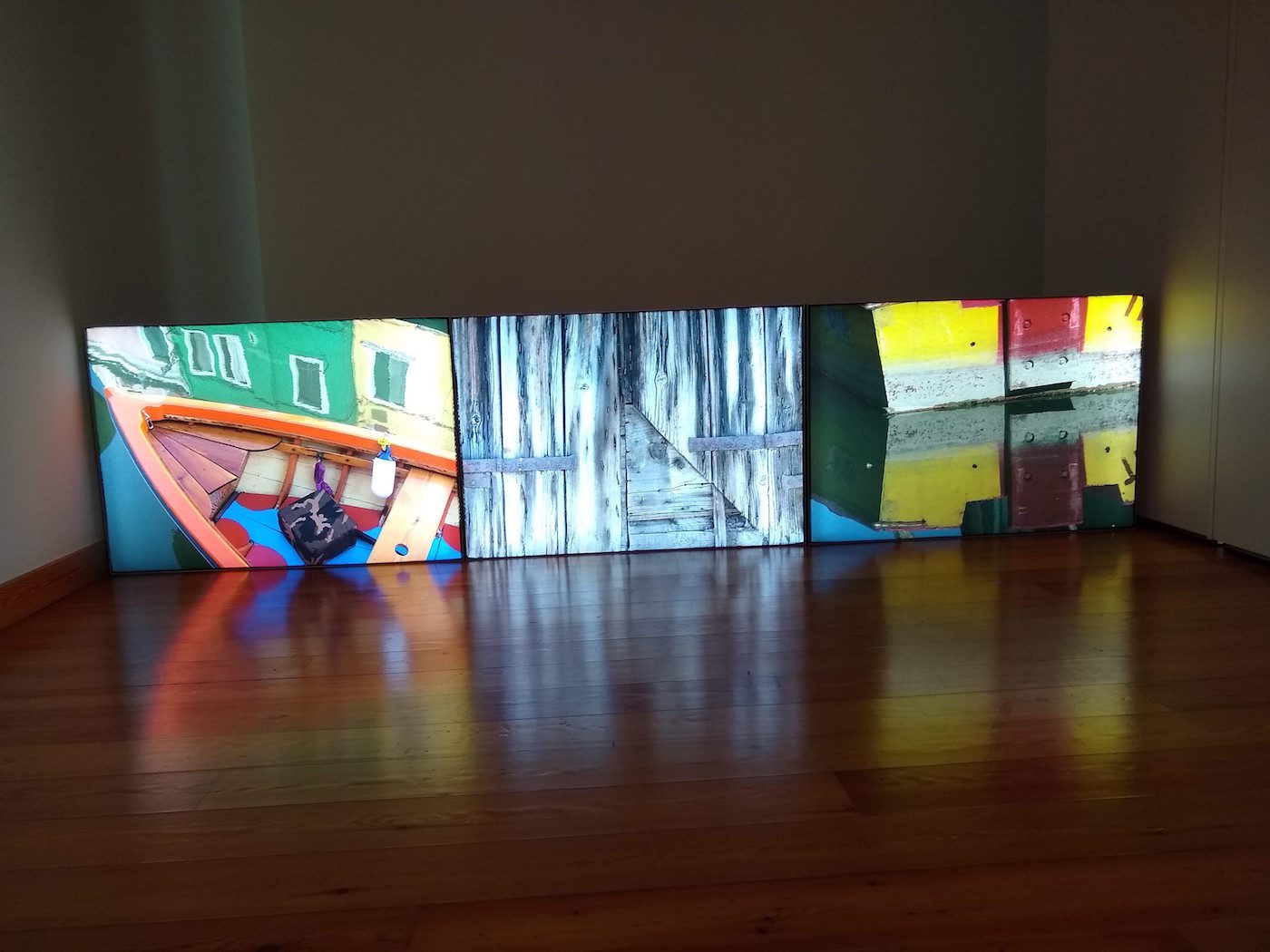 Spaces and existence seem to be the undertone of this retrospective. Though unsatisfactory curatorially, and unintended as an anthology, it is effective in communicating the artist’s delinking from any particular geography. Rather than a bio- or geo-graphical disavowal, his stance falls into the realm of epistemic disobedience, legitimizing a narrative free from exclusive transcendental ontologies. It takes the shape of a call for new ontologies to be associated to his artwork, where the locus of enunciation is not in his localized or spatialized engagement throughout time(s), but in the transits – places of coherence of experiences with other experiences.

António Ole: 50 Years, Past, Present and Future is still on view at Banco Económico, Luanda, Angola until 14 June 2019.

Ludmila Böse is a writer from Luanda, Angola. She collaborated on the educational program and curatorial texts for the exhibition A Sul. O Sombreiro (2016/17) by Angola-based artist Iris Buchholz Chocolate, and the two have since co-founded Project Lugânzi, focused on decolonial options. She is a supporter of contemporary African philosophy and closely follows Latin American modernity/coloniality/decoloniality discourse. Böse participated in the C& Critical Writing Workshop and Mentoring Program in Luanda in 2018, supported by Ford Foundation.

In Conversation with Edson Chagas

"Most of my work is series. It’s a method that reflects how I feel things."