In this series, C& is revisiting the most discussed, loved, hated, thought-provoking, and game-changing exhibitions featuring contemporary art from African perspectives in the past decades. We take a closer look at the exhibition Africa Remix curated by Simon Njami.

In 2007 the Johannesburg Art Gallery (JAG) had a record number of visitors. During the three months the exhibition Africa Remix. Contemporary Art of a Continent was on show, 28,000 guests were registered. Simon Njami, the exhibition’s curator, collaborated with an international team of curators to conceptualize an overview of contemporary art production on the continent and in the Diaspora over the past decade. After Düsseldorf, London, Paris, and Tokyo, it was a significant gesture of the makers to eventually also bring this blockbuster exhibition to Johannesburg. 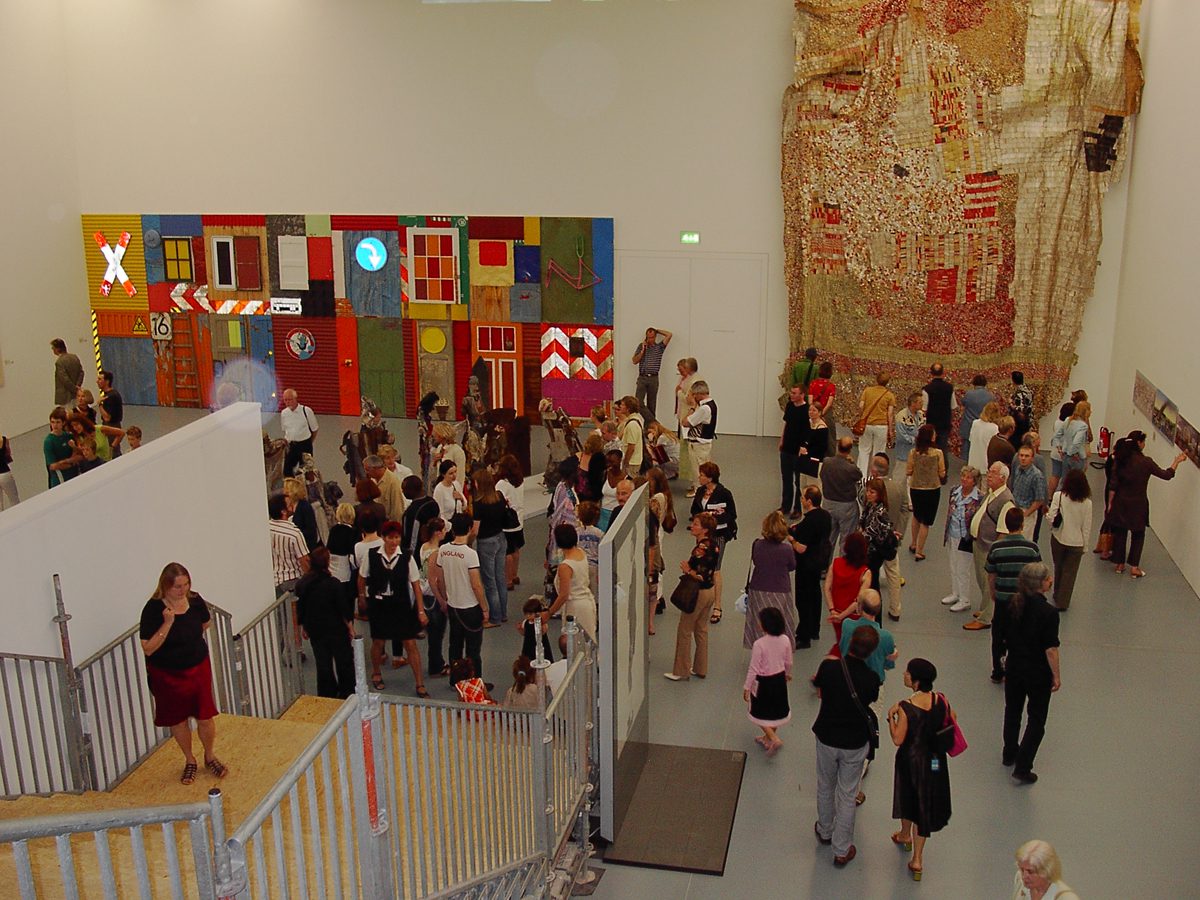 Conceptually Njami arranged the show in three sections. Body & Soul focused on the key issue of representation and the performance of the body.[1] In this category the curator incorporated collages by Wangechi Mutu and self-portraits by Hicham Benohoud. City & Land was dedicated to artists who reflect their environment and engage with “(…) the city as a constructed setting”. Works shown are the utopian cityscapes by Bodys Isek Kingelez or black-and-white photographs by Jellel Gasteli. In the section Identity & History, Njami exhibited among others the performative photographs by Samuel Fosso and Hassan Musa’s work Great American Nude. The curator’s aim here was to engage with heterogeneous concepts of identity. Njami saw one essential method of the participating artists in “(…) deconstructing the stereotypes world society was built on.”[2] Overall, what was remarkable was an increased incorporation of North African artists, with which Njami wanted to counteract the arbitrary division made between North Africa and sub-Saharan Africa.[3] He placed the focus on young, living artists, including both self-taught and academically trained artists. So as to set itself apart from Magiciens de la Terre, Africa Remix was to emphasize the ‘contemporary’ of their art and to demonstrate their natural participation in a globalized world.[4] 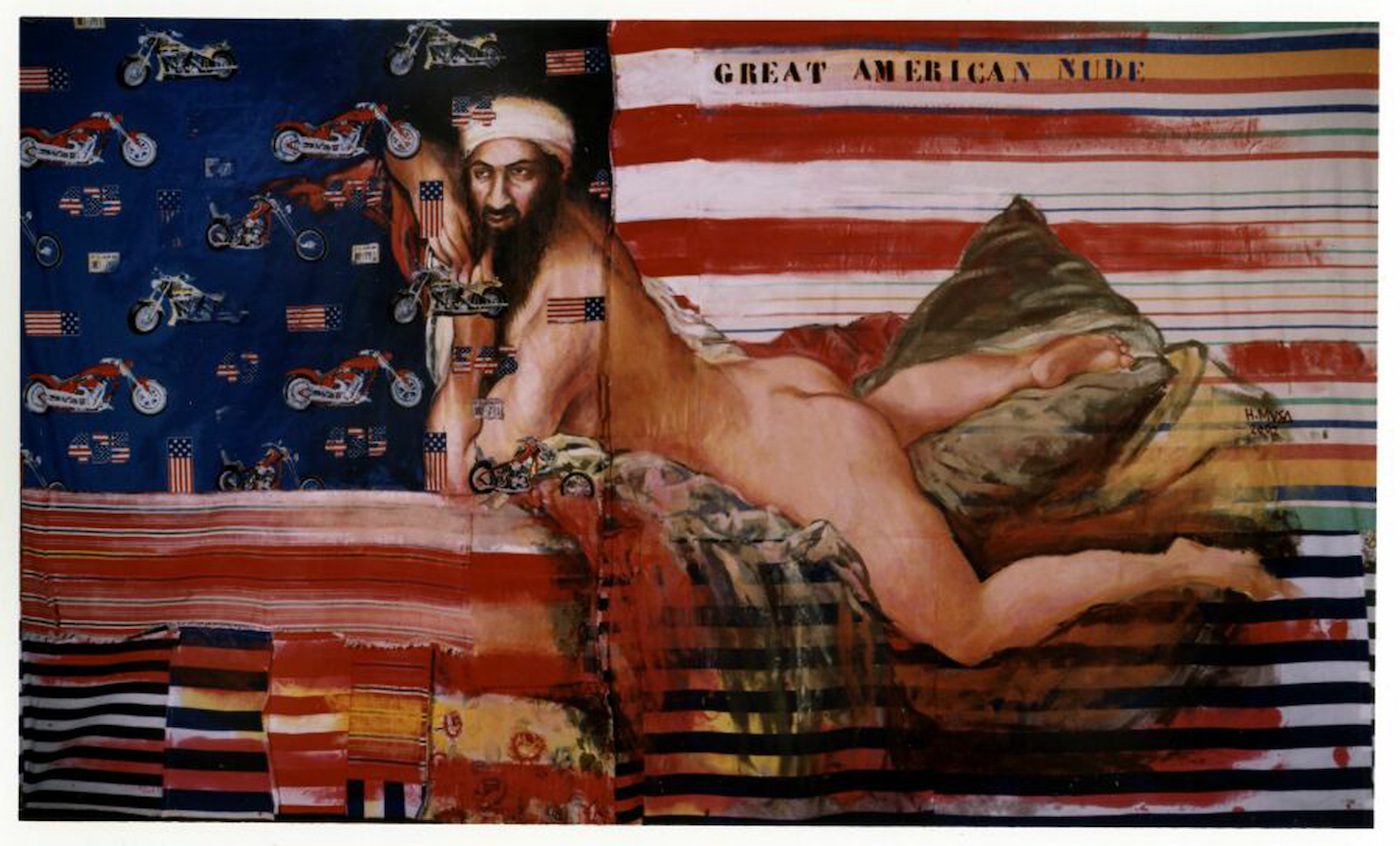 Just like similar exhibitions before, Africa Remix was criticized mainly for its curatorial ‘straitjacket’. The concept reminded Rory Bester of that of a commercial gallery or an art fair.[5] Other critics also thought the categorization of the works too narrow, too random and not suited to counteract the stereotypical images the curator actually wanted to avoid.[6] Njami’s statement in favor of the diversity of the continent in the catalogue, followed by a discussion of “African production”[7] a few lines further down, did not help in this context. His generalizing language reinforced the exhibition’s conceptual weaknesses. The show’s ambiguous title was also discussed in this context. For one, the subheading repeated the generalized idea of the ‘art of a continent’. And on the other hand, the word remix promised a new perspective, which, according to David Brodie, was nowhere to be found in the exhibition. “Remix Theory promises critical conjunctions and ‘grafts’ that are progressive – be it in music, architecture or visual arts – where the hybrid sum is far greater than its parts.”[8] In reality the exhibition seemed to provide rather the opposite: while critics appreciated the art works themselves, they were disappointed by the curatorial narrative. 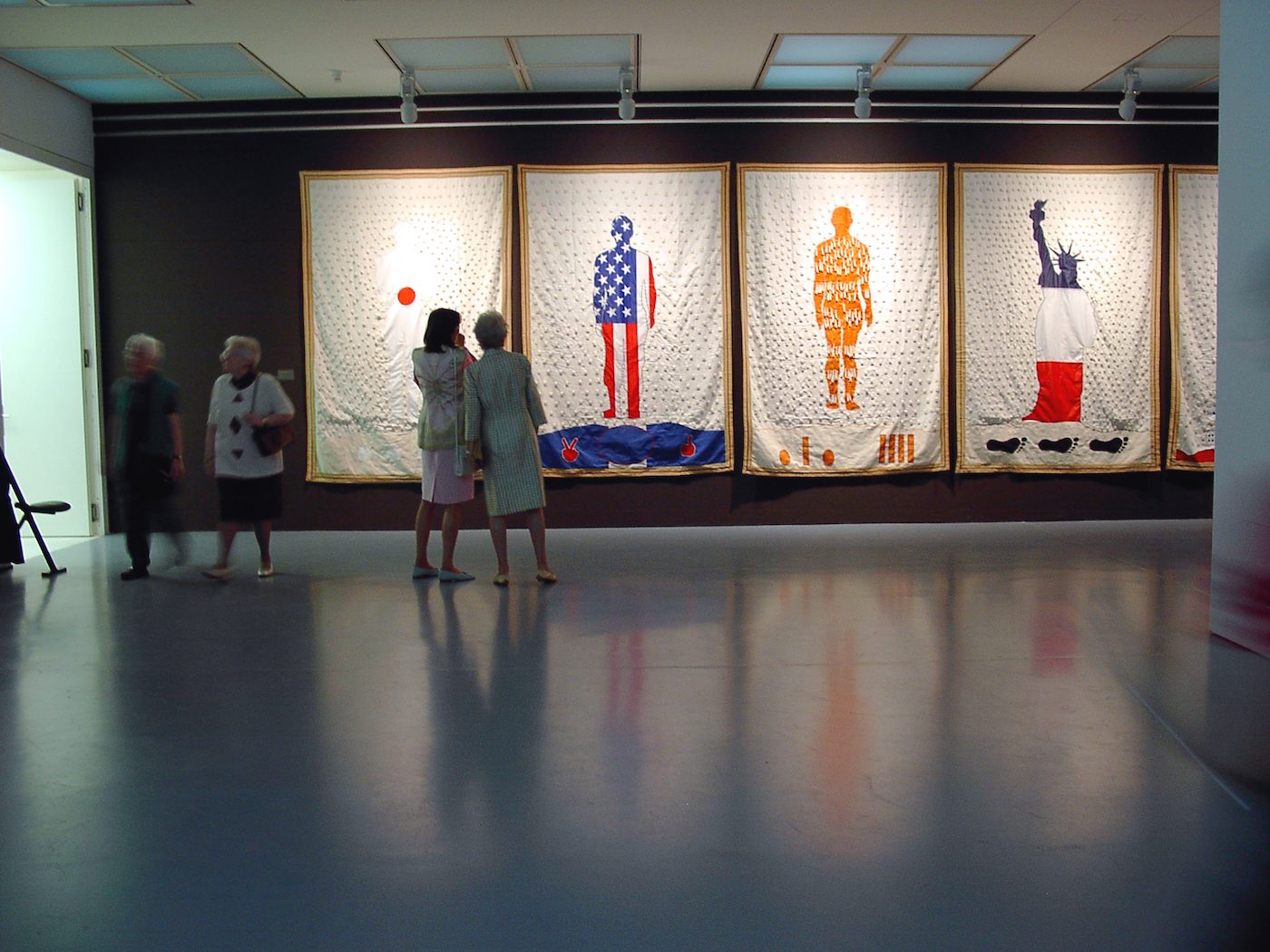 Moreover, the presentation of the exhibition at Johannesburg Art Gallery showed that while there was a multitude of objects on display, the show could not do justice to the individual works of art at every exhibition venue. According to Brodie, the abundance of exhibits at the JAG evoked the image of a chaotic market.[9] Bester pointed out that the relevance of a well functioning infrastructure could not be ignored in the discussion. This was the only way to promote the presentation of exhibitions such as Africa Remix on the continent.[10]

Even though the JAG was hardly able to house the roughly 200 works of this show, the biggest and crucial achievement of this exhibition was definitely the fact that Africa Remix could be seen on the continent. Colin Richards, professor at Wits School of Arts, summarized: “However a mixed bag the show inevitably was, Africa Remix offered a window and a mirror on ourselves in ‘Africa’ (…) and ‘Africa’ out there (…).“[11] The show was the subject of heated debates – especially in Johannesburg. It elicited positive as much as negative reviews and advanced the discourse. According to Steve Nelson, not least the widely different websites and catalogues of the exhibition’s different venues made a pluralistic engagement with Njami’s concept as well as the presentation of art from Africa in general possible.[12]
Undoubtedly Africa Remix, like many exhibitions before, was once again the product of an influential center of exhibition and knowledge production. Nevertheless, it was the first major show on art from Africa that was presented on the continent, thereby also advancing the engagement with this type of exhibition on the ground. And what is more important: it demonstrated the urgent need to redefine the roles in the future, and instead of bringing an exhibition conceived in Europe to Africa, to bring a show designed in Africa to Europe.[13] 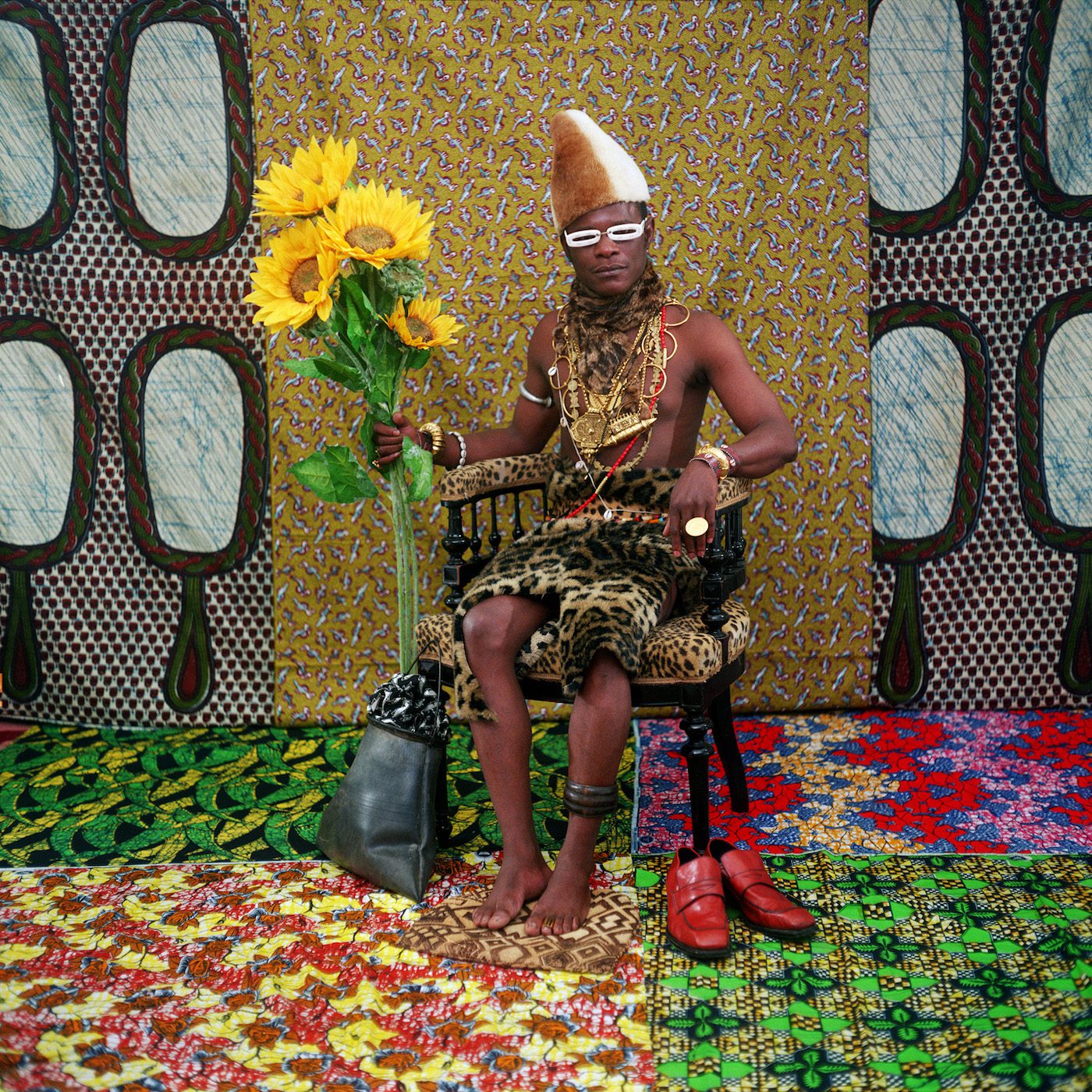 Translated from German by Ekpenyong Ani.