The Zimbabwean artist Anthony Bumhira passed away in January 2020. He was remarkable in his art practice which deftly and confidently straddled the tourist and art markets. Beyond his impressive semi-abstract, large-scale innovative art installations, the artist is also remembered by his peers for his humor, kindness, and integrity.

“Promises promised, not fulfilled” – Anthony Bumhira’s words during a dialogue with Erica de Greef, Jessica Hemmings, and Hayden Proud prophetically and tragically frame his passing. They were discussing the works of his that were featured in the recent Five Bhobh exhibition at Zeitz MOCAA. Reading through the transcript of this event (soon to be published), it is evident that Bumhira had found a stride. A new practice. Using fabric, blankets, making figures, he had found a way to spin out of the messiness of painting. “I was tired of painting,” he says. “I was very tired and I decided to make, instead of painting, people.” This eloquent turn of phrase, with its embedded, dense richness, aptly portrays my experience of knowing Anthony. We met in the 2000s in Harare, during my time at the National Gallery of Zimbabwe. His work really did stand out. In many ways it was breathtaking in its originality and confidence. This feels a bit like a cliché, and therefore usual for a missive of this sort – a posthumous cliché. Mea culpa. But it did. The broad strokes of his early works confirmed a quiet conviction he had with both the medium he was using and the forms he was making. His humility was compelling and alluring. There was a logical practicality to the way he approached his vocation. Eschewing the microcosm that was, and to some degree still is, the arts ecosystem in Harare, Bumhira made work for both the gallery and tourist markets. His recent turn to “producing semi-abstract, large-scale art … us[ing] doilies and other innovative materials” captured a broader market interest, placing his work in various shows across the globe. Frustratingly, though, as some have noted since his passing, internet searches for his work predominantly deliver his more commercial and touristic offerings. 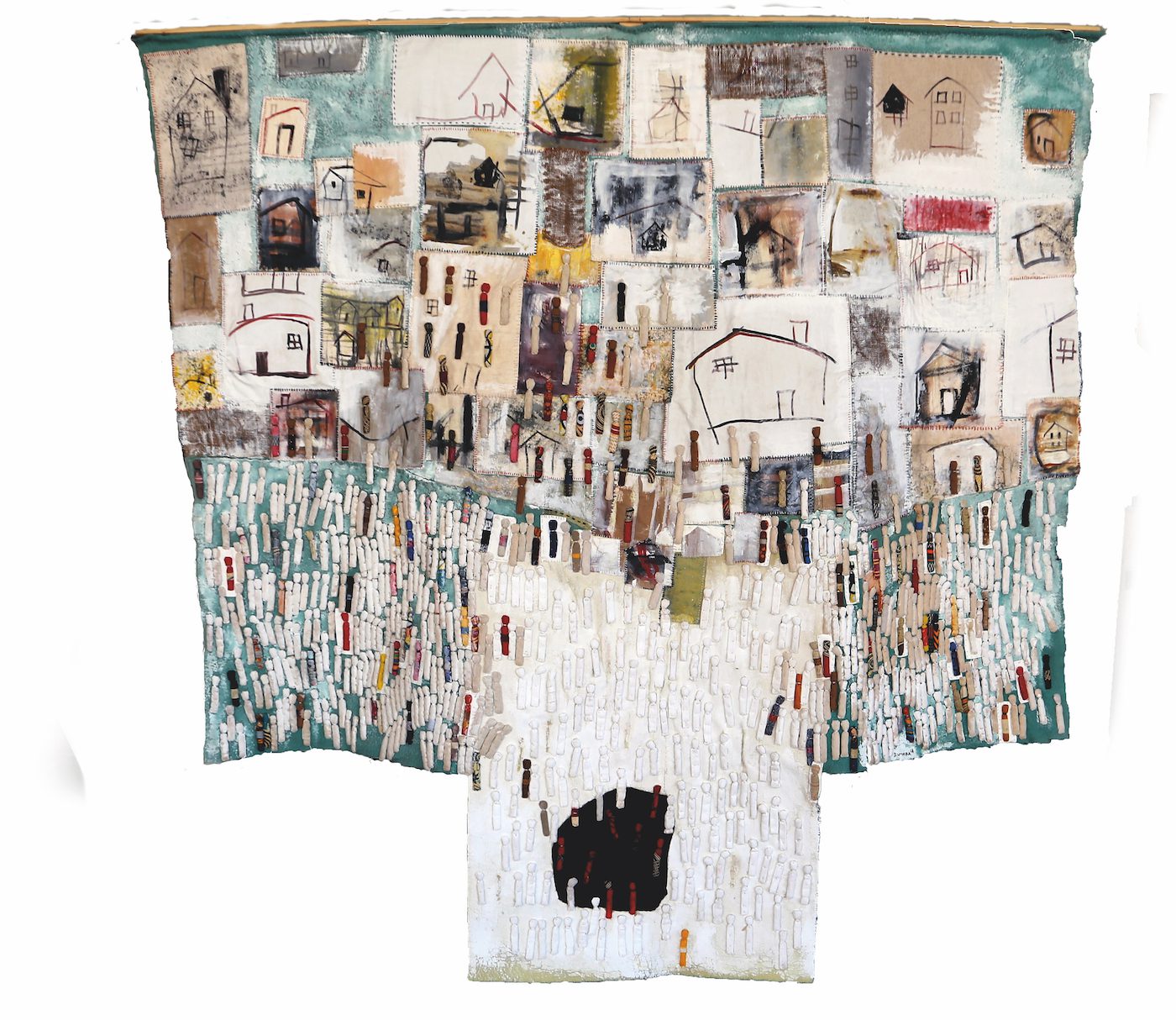 In the convention of eulogizing to process the hyperbolic in the wake of a tragic and senseless passing, and wanting to share this load, I reached out the artist community in Harare to ask for their messages and thoughts about Anthony and their relationship with him. This obituary could take the form of a collage – giving many the chance to share. Anna Flemming of Verandah Gallery described him being “in his prime and a fine man in so many ways – so full of talent, humor, kindness, and integrity.” A close friend, Mapondera, shared a deeply moving voice note detailing Anthony’s many kindnesses and motivational qualities. “We used to call him chairman,” Doris Kamupira remembers. “Anthony always carried his backpack during classes. I realized later that he would hide artworks he had done overnight from others to lessen the attention. So he would ask me to critique them always… He became the ‘first chairman’ of the NGSVAD (National Gallery School of Visual Art and Design) Alumni until his death.” Save for these three contributions, for whatever reasons, there has been no other response to my call.

Gareth Nyandoro’s response, immediately after Anthony’s passing, for me, was eloquent and apt: “Yes bro, we were caught unguarded … some of these things….” Indeed – some of these things. A consistent degree of anger has met the news of Anthony’s untimely passing. I have heard it surface in multiple conversations in the past few days. One particularly poignant response encompasses what I too feel: “Who’s ever decision is was to take him now, just I’m telling you – whoever – you messed up, really, you messed up. [Sigh.] Now what?”

heeten bhagat was born in Zimbabwe some time ago. Presently, however, he oscillates between Harare and Cape Town and any place that involves long-distance travel. He performs across various terrains ranging from what is expected of him to what he doesn’t understand. It is in this latter territory that he feels he is at his most productive. Having recently completed a PhD, he has returned to offer creative, strategic and manual-labour support to organisations and communities regionally, with more verve and a newly-found humility. His objective/hope is to extend this continentally and beyond.