Bringing Ritual Back to the Mask

For 2018’s Cape Town Art fair, Luanda-based artist Keyezua will show a series addressing ableism in a poetic and visually stimulating way. Ahead of the fair, which opens on 16 February, Keyezua speaks to our author Eric Otieno to discuss rediscovering the force of life through grief and the need to reclaim the function and meaning of the mask.

Keyezua, Fortia - Sailing Back to Africa as a Dutch Woman 02, 2017. Courtesy Investec Cape Town Art Fair and the artist.

Contemporary And (C&): What is Fortia really about?

Keyezua: Through art and its process, I found a way to confront my fear of accepting my father’s passing in remembering his last days as a man with a disability. I created these images to talk about his death and to finally let him go in a masked ritual.

I also worked with a group of physically disabled men in Angola that are surviving through art. They once knew what it was like to walk, to dance, to run; and our society seems to expect this very obvious, mediocre image of suffering, of sadness, of a wheelchair, of a man without a leg in a very sad scenario. This is something that I didn’t want to create. In Angola we are confronted with this image on a daily basis. For me as an artist, I wanted to create an image that is empowering, beautiful, and very seductive.

The more I found out about my emotions, feelings, and reactions towards this artwork, the more I felt that what I had created was not enough to talk about physical disability. So I continued to explore this topic. The ritual became photos, masks, a video installation, and even a performance. 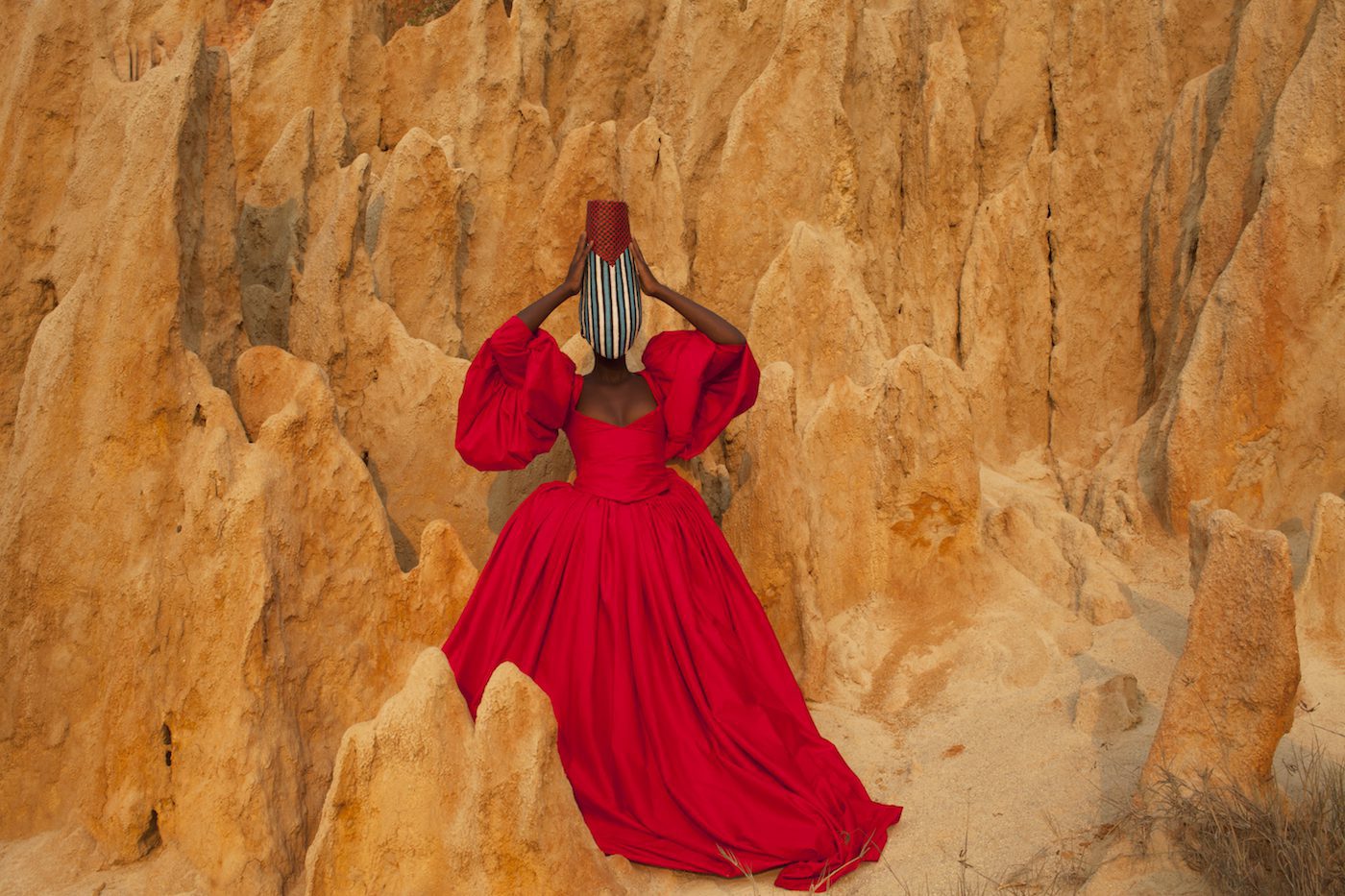 C&: At first sight, Fortia might encourage a superficial aesthetic revelry that is largely informed by the way the (Black) female body is portrayed in mainstream media and/or fashion. When viewers realize what Fortia is actually dealing with, they may feel caught in some kind of superficial engagement with your work. Is this intentional?

K: Fortia is the Latin word for force. I wanted to create a weapon of force but in a very poetic way. The viewer might initially connect these images to a celebration of Blackness/Africa in fashion. As an artist I don’t make work that gives the viewer the message immediately. I want the viewer to hold on to their first thoughts and explore the images and their emotions with me! Fortia requires much more than the first impression, the process is what makes the artwork.

When Fortia was first exhibited, we had a text to explain to the viewer what it was about. On one hand you don’t want to be misunderstood, but on the other you don’t care because you want to present your emotions as purely as they come.

C&: What role does the mask or masquerade play in Fortia, aesthetically and as a medium or raw material?

K: Fortia, before even being a series of photographs, is a ritual. The masks were very essential because it’s about my emotions and the story of certain years of my life and growth as a woman. We don’t grow up learning to live without a father or mother, learning to lose the most important people in our lives. The masks are a ritual that symbolize the funeral that I never accepted. It tells my story as an orphan through the hands of a group of men that remind me of how my father would have been if he had survived. The process was very emotional because I had to go back to certain emotions that I never exhibited in a process of mourning. 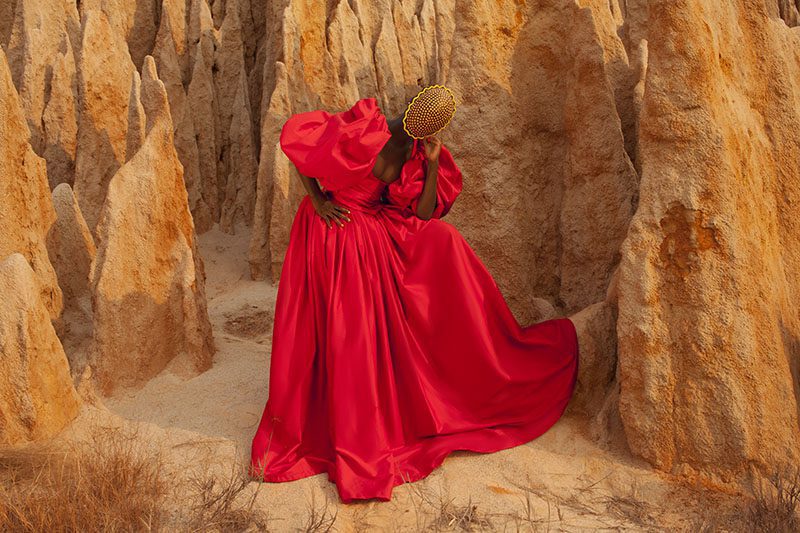 Fortia is not only about me. It also questions our government and society. How are we dealing with physical disability resulting from war now, in times of peace? And why don’t we explore images that empower this group of people, especially as a country that was in war for such a long time? The masks started to represent not only my own stories or loss, but also the stories of others and their force and strength to survive.

I didn’t want the group of men to participate in creating obvious images of physical disability so that my art would not be about charity and sorrow. Maybe that is why the first reading of Fortia does not overtly speak about physical disability and loss. It starts with a portrait of a beautiful woman as part of a certain seduction that I try to create between the viewer and the image, then going on to question the viewer’s logical way of reading images.

Normally I always start with a lot of research, but this time it was about my emotions. I went back to creating something in a very ancient way because each African mask has a story behind it, it has a creator. Instead of making masks just to make masks that are aesthetically beautiful, it was about creating something with a story, with content, and something that would engage with the viewers in a very different way – and that would actually become a ritual for me as an artist.

C&: What is next for Fortia and for you as an artist?

K: The final series of Fortia will be exhibited during the Cape Town Art fair 2018. Fortia started first as a portrait of me, a goodbye ritual to my father, and a message to those that are on the same path as me: daughters or sons, or maybe those on the same path as my father. This group of disabled men has educated me, this ritual has educated me, teaching me that somehow the world is not a sad place for people who are physically disabled, and disability should not be immediately connected to depression, sorrow, and mental illness. There is something much more essential that we can learn, and that is force, that is Fortia.

Eric Otieno is a PhD candidate at the Department of Development and Postcolonial Studies at the University of Kassel.

The Cape Town Art Fair is opening on 16 February and running through 18 February.

In Conversation with Azu Nwagbogu

LagosPhoto 2017 Delves into our Post-truth World

The Future is Feminist

Darkness as a Non-representational Field in Ana Pi’s NoirBLUE

In Conversation with Zoe Whitley

Thinking About South African Artists as the Makers of History