For two months in spring this year, the New Museum in New York dedicated its fifth floor to the NY-based artist platform RAGGA NYC. Our author Magnus Rosengarten, caught up with founder Christopher Udemezue to talk about RAGGA’s relevance and the importance of excavating underrepresented narratives in larger institutions.

Christopher Udemezue, Untitled (Taken by the loa with a knife in her hand, she cut the throat of a pig and they all swore to kill all the whites on the island), 2017, Digital print. Courtesy the artist.

The group, made up of creatives (Christopher Udemezue, Jahmal B. Golden, Maya Mones, Paul Anthony Smith, Renée Stout, Tau Lewis,Joey De Jesus, and Shanekia McIntosh) from the Afro-Caribbean Diaspora, examines themes around solidarity, community, queerness and spirituality across a broad range of disciplines.

Magnus Rosengarten: RAGGA NYC’s artists create in various media. How did this variety help you approach the topic of queerness in the Caribbean context?

Chris Udemezue: RAGGA NYC is the flowering of a lifetime goal of mine to build relationships, congregate, and create with people from my community – the queer Caribbean community and their kin (or allies). That desire, like my own personal goals, has spanned everything from creating parties, performance nights, and healing workshops to putting on visual art group shows. As a first-generation Jamaican-American and queer person, this sense of community realized in space had been missing in my own life, so I decided to do something about it. I was tired of living a double life in that sense. Why couldn’t I dutty wine, wear a wig, and still be a rude boy who takes pride in where I come from? RAGGA aims to bridge that desire of my own that I continued to find in other artists in my community as well. In that sense RAGGA NYC is a collective force towards building the ties between our queerness and cultural roots to the Caribbean. 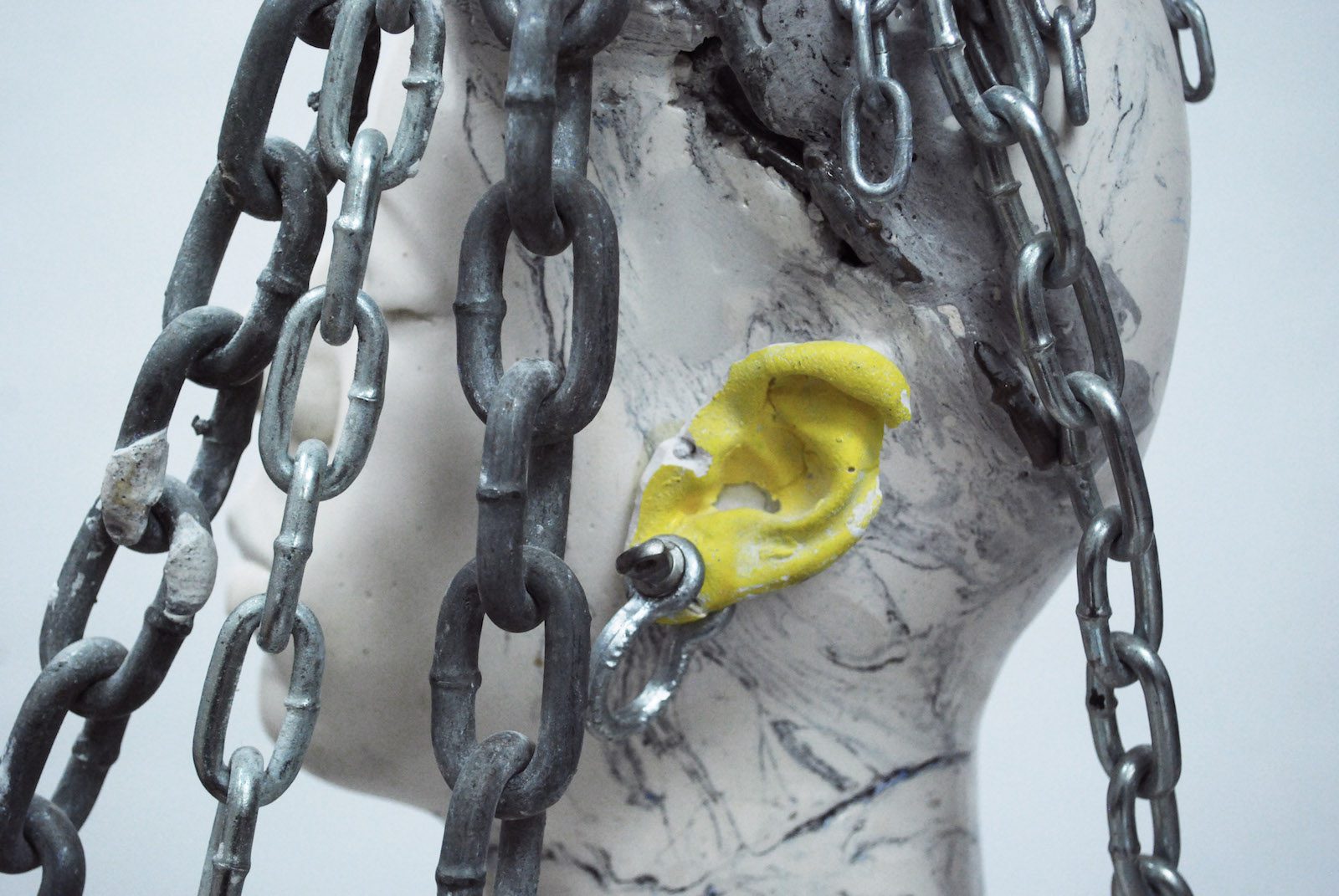 MR: Why do you think RAGGA NYC at the New Museum is relevant right now?

CU: People of Color have always been under attack, searching to find ourselves in history, and fighting or surviving against a capitalist, patriarchal, racist, oppressive system of hate. I could go into a rant about Trump, but if you do your research you begin to see just how long these systems of control have been waging war against Black and Brown people, so I won’t. Trump is just the current cheese-Dorito cave dweller to get access to the control panel. I’m just sayin’. With that said, there has never been a more important time to talk about these issues in relation to immigration from neighboring countries (considering the “build a wall” sentiment ringing through the country) and queerness (considering the tyranny our trans sisters are facing in this country and anniversary of tragedies like the Pulse nightclub shooting) on such a large platform like that of the New Museum. With all the darkness in the world, sparking these conversations of healing and history, grappling with identification, talking with family members, and root work – all have massive power to uplift and empower. 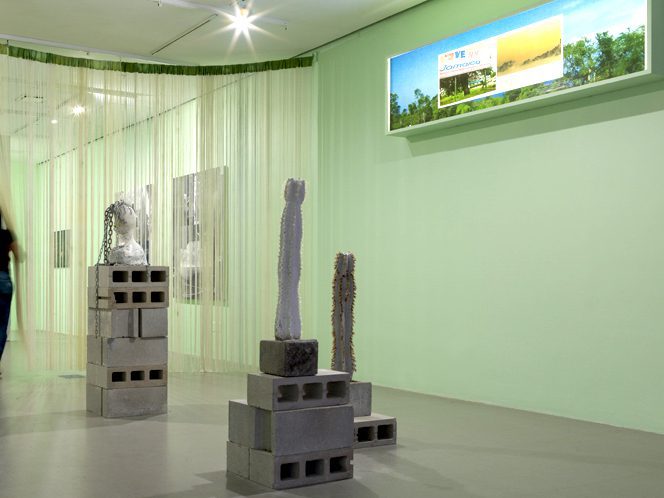 MR: Is there something, particularly in relation to queer culture and the Caribbean, that you learned throughout the process of putting the show together?

CU: I learned that it’s OK to discuss spirituality, queerness, and the Caribbean in a public forum without the very real fear of “exposing” or disrespecting any sect group. I was reminded that spirituality and religion aren’t the same thing. I learned that I can take pride and ancestral ownership in a part of history that has rooted spirituality and activism/liberation to the same root, i.e. the Haitian Revolution. I learned that the curiosity I have and see in my peers to know more about our history spans from contemporary fascinations with witchcraft back to the shores of West Africa where we (Black people) created all this. I was reminded and felt empowered to enforce the notion of queerness and gender nonconformity and that it’s not a western/ white phenomenon. Just because I don’t have all the receipts in history does not mean I can’t draw my own conclusions, with the right amount of research to know that we queer African people have always been here. 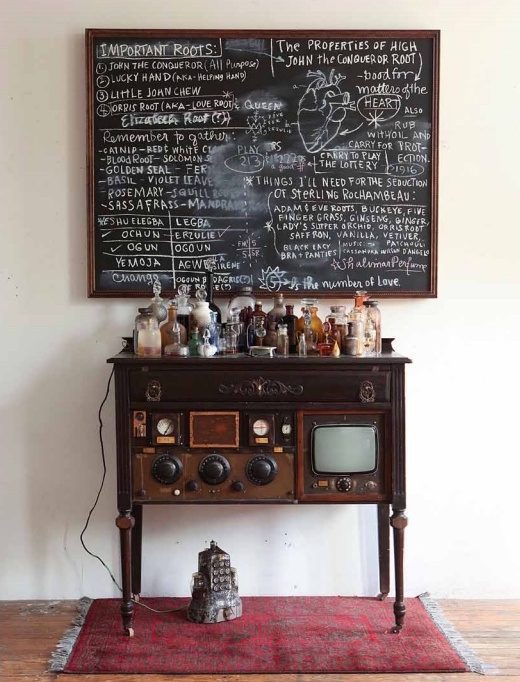 MR: What is yours and the exhibition’s relationship to the actual place, “the Caribbean”? Given that most of the artists do live in the Diaspora, how has the place informed your life and practice as an artist?

CU: My parents are Jamaican, and although I was raised here in the States the influence of the Caribbean was as strong in my upbringing. Things that I was taught or experienced when I was younger have reflected into my adulthood and art practice. This I realized while doing this RAGGA project is felt through out my RAGGA family and community.

MR: Do you think you’ve reached the audience you wanted to engage?

CU: Yes! Everyone who has reached out to me, and the artists and museum, have expressed a deep gratitude for the show beyond the visual power that I think has touched them. That’s ham.

In Conversation with Minia Biabiany