Since its opening in 1930, it's time to take stock of the US Pavilion in Venice, which is presenting Mark Bradford this year. Our author Sean O'Toole takes a closer look at the participation of Black artists in the US Pavilion, calling attention to forgotten milestones as well as the absence of Black women artists.

There is a line in the art writing business that is purely statistical. It involves little more than the ability to organize and add numbers. Auction results mainly, as in who sold what to whom for how much. Sometimes, though, the stakes are higher, as are the ethics, because it involves counting bodies. When curator Simon Njami first travelled to South Africa, in 1993, to work on an issue of the magazine Revue Noire, his editorial team engaged in this sensitive form of human arithmetic – “to make sure that a racial balance had been achieved.” It was, Njami wrote in a subsequent editorial prefacing this special issue, “a sad, ridiculous confession to make”.

But this statistical analysis, rudimentary as it was, mattered – and indeed still matters. Numbers clarify. In the instance of the United States, which much like South Africa is currently negotiating a resurgence of race-based antagonism, the numbers related to the diversity of the people who have been invited to exhibit in the US’s neo-classical pavilion at the Venice Biennale are revealing, bracing even. The US Pavilion opened in 1930. Henry Tanner, the son of a Methodist bishop and student of realist painter Thomas Eakins, was included in its debut exhibition. He now bears the distinction of being the first African-American to represent the US in its national pavilion.

Tanner showed alongside Edward Hopper and two other white male painters. Given the racial demographics of the US, then and now, it was a good start – never mind the gender bias. The green shoots however faltered. In 1956, Norman Lewis, a highly regarded abstract painter and contemporary of Beauford Delaney, broke the drought. His painting Cathedral (1950) was included in the US Pavilion’s exhibition “American Artists Paint the City,” curated by Katherine Kuh. An irregular grid of black lines overlaying hints of vibrant color, Cathedral references the claustrophobic verticality of New York. It is currently on view at the Tate Modern. 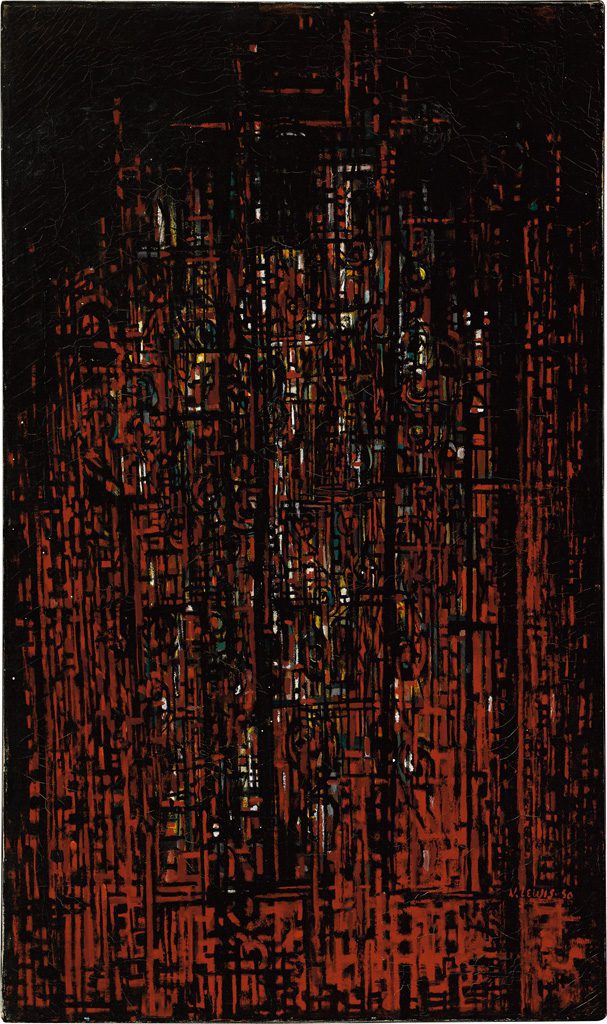 Norman Lewis, Cathedral, oil on canvas, 1950. Courtesy of the artist.

Cathedral was painted in the same year that Lewis participated in a workshop with pioneering abstract painters such as Willem de Kooning, Arshile Gorky, Jackson Pollock, Mark Rothko, Ad Reinhardt, and Louise Bourgeois, who in 1993 presented a solo exhibition in the US Pavilion. Despite his proximity to art history – Lewis was, among many achievements, the co-founder, with Romare Bearden and others, of the influential artists’ collective Spiral Group – he nonetheless fell into neglect after his death in 1979. It is only recently that Lewis’s name has been revived, in tribute exhibitions and critical appraisals.

Commenting on Lewis’s status as a minnow, Mark Bradford, who is showing in the US Pavilion at this year’s Venice Biennale, attributed it to a purposeful avoidance of the artist’s “political gaze”. “I think it was conscious,” Bradford told ArtsATL, an Atlanta-based non-profit and news source, last year. “It was like we don’t really want to talk about what’s going on politically, racially – because it’s problematic. Women were left out of it, too.” As too were other minorities.

It was only in 1986, when Japanese-American sculptor Isamu Noguchi presented a solo exhibition, that the US Pavilion’s current format of solo exhibitions was inaugurated. Figurative painter Robert Colescott – a vivid colorist whose mature paintings recall the crude elegance of Phillip Guston’s late works – became the first African-American to present a solo show in the US Pavilion, in 1997, incidentally the same year that the White House acquired a painting by Tanner. It was, writes African-American art specialist Halima Taha, the first major work of an African-American artist brought into the US’s symbolic center of power and domestic values.

Between Colescott and Bradford sits Fred Wilson, who represented the US in 2003. Interested in Renaissance portrayals of Blackness in Venice, Wilson sought out images of Blackness in Europe pre-dating the Atlantic slave trade. He found little material evidence: “No written documents, biographies, or autobiographies of Blacks living in Venice.” So he contrived a response.

Wilson’s exhibition, entitled “Speak of Me as I Am,” included faux museum displays, re-assembled sculptures, labeled objects in glass vitrines, display mannequins, re-photographed images and a performance outside the US Pavilion by a Black vendor purportedly selling knock-offs of luxury brand bags. Police duly detained the vendor, a paid collaborator of Wilson who was in fact selling one-offs made by the artist. 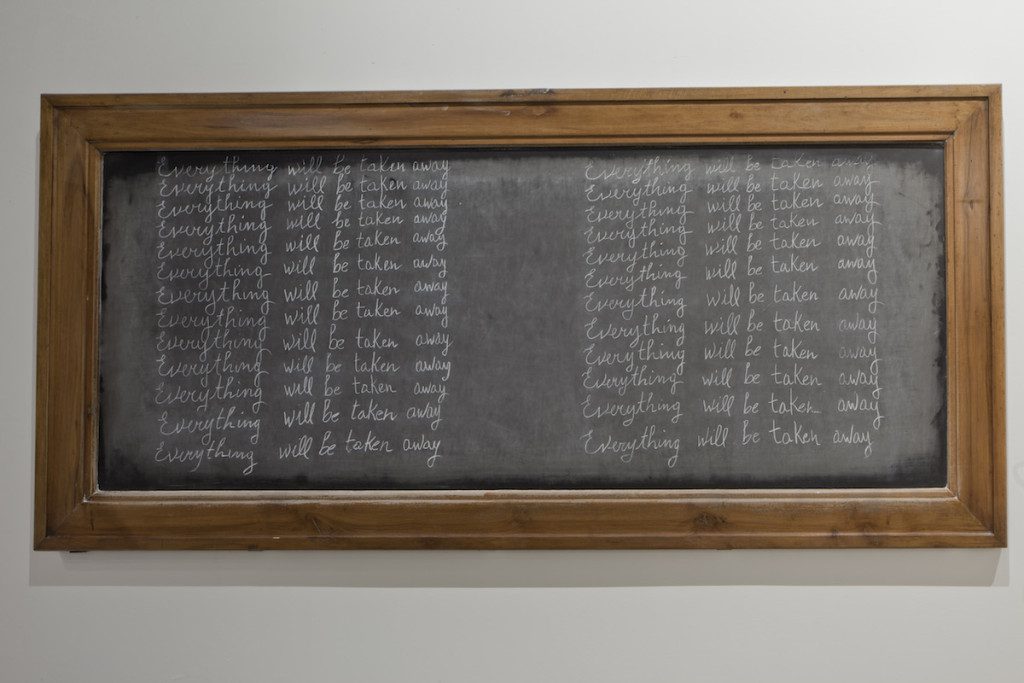 In 1990, Jenny Holzer became the first woman artist ever to represent the United States at the Venice Biennale. There have been no African-American women bestowed with the honor, this despite evidence of substantial and durable careers. Think Carrie Mae Weems, Ellen Gallagher, Kara Walker and Adrian Piper, who was awarded the Golden Lion for best artist at the 2015 Venice Biennale. This neglect corresponds with earlier standards, which saw abstract painter Alma Thomas overlooked. Counting bodies. Aren’t we over that? No. Why? Because numbers, even when imperfectly counted, have a way of clarifying.