Where is South African culture after 20 years of democracy? Looking back, the so-called post-apartheid moment promised the beginning of a “better life for all.”

Where is South African culture after 20 years of democracy? Looking back, the so-called post-apartheid moment promised the beginning of a “better life for all.”

Words such as freedom, democracy, and peace galvanized a sense of national existence, belonging, and security. Black life, something that had malingered in space and time as an existential misnomer, promised coherence. We felt more like we had finally escaped the grip of civil death. The country post-1994 promised a turn of events materially. Our little homes made of cardboard and plastic were going to be turned into brick houses with electricity. Our schools, hospitals, and all public amenities would reflect that touch of “Madiba magic.” Our lives stood promisingly before the face of prosperity. 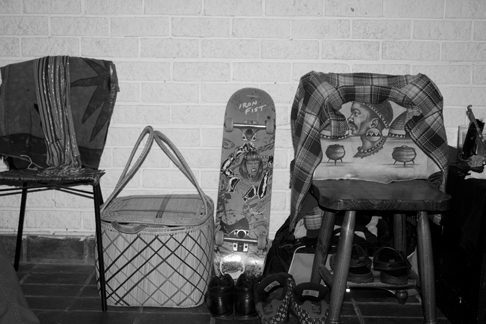 However, there’s a tendency to treat the post-1994 moment only in very despondent ways. That is, in ways that crowd out every other detail – in terms of roadblocks, Kalashnikovs, reconciliation, burning tires and such. But at the cusp of the struggle, the 1990s were also the days of street bashes, 21st birthdays, sit-ins, beach parties and “dance till you drop.” Songs like Sharon D’s The Local Is Lekker had many losing their legs on the dance floor. We bopped to the musical prowess of “the local” as celebrated by D and we swam in the little phonic lagoons of Kwaito beats. Those were the days of debaucherous festivities after endless decades of spectacular terror and trauma. “Finally free!” we would scream. 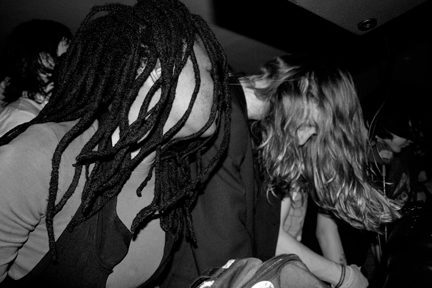 As culture tends to be a byproduct of administration, either favorably or disapprovingly, it would have not necessarily been Sharon D’s self-conscious position to celebrate defeat. The idea of victory had sufficiently pervaded the social imagination. In actual fact, the old system had slithered into an alternative appearance. Culture, previously a weapon of struggle, systematically capitulated from within – turned into a muted clamor. It was transformed into a tool to promote the new administration’s agenda, or as critic Lewis Nkosi has put it, to reconcile the masses with the status quo. 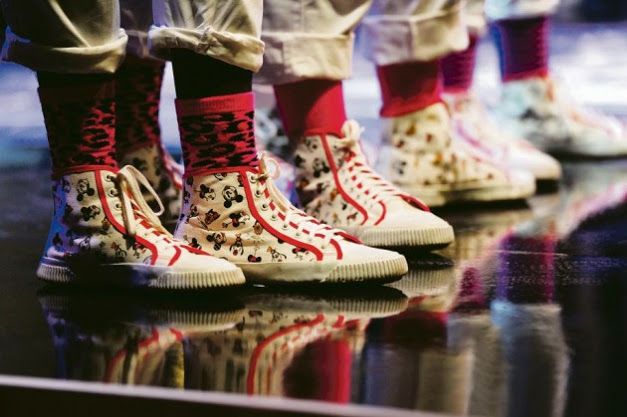 Chucks: One of the most important symbols of Kwaito.

From a Culture of Combat to Submission

Writing at the height of negotiations, which is also to say the restless end days of apartheid, Albie Sachs’s thesis in his rather provocative essay Preparing Ourselves For Freedom (1990), first delivered in Stockholm, then in Lusaka, is arguably the text that “prepared” today’s cultural production[1]. By way of critiquing ideological art, Sachs groped for the agency of culture away from what he calls the “somnambulist sureness” of the political. His thesis argued within the already existing problematic line that “struggle art” repressed the more nuanced and ordinary qualities of our lives. It is this position, with all its generated rejoinders, that has finally swirled its way into state level. This viewpoint wasn’t just catapulted into cultural policy where it remains to structure and dominate state institutions’ conceptual framework. Its main assumptions also pervade social life and artistic productions writ large – from the street corner, to trains, to pop music, to theatre, to visual arts, etc. Cultural reflection had to adhere to the generative itinerary of the triumphalist “cop-free world” that was already saturating global politics. This is the so-called end of ideology moment. Everything had to be cut loose from the jaundicing venom of politics. This Sachs characterized as going beyond “the multiple ghettoes of apartheid imagination.” By way of unproblematically assuming a “we,” Sachs argued that culture presented a better chance not only at freeing artistic imagination, but at manifesting “our” real personality – individually and nationally. “Culture,” he stated, “is us, who we really are.” 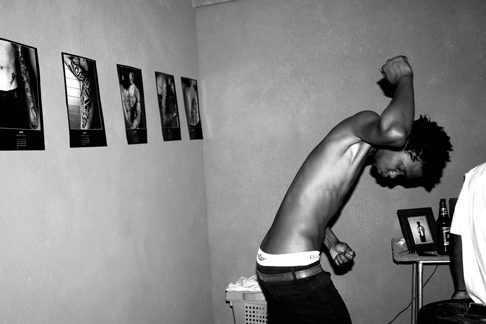 What remained a conspicuously untreated, but nevertheless interesting, enigma is how renunciation of art as weapon of struggle coevally transpires at the crossroads of growing revolutionary energy and compromise. In fact Sachs’s project must be understood within the broader ANC party line commanding that all revolutionary forces be liquidated. That is, the disbanding of the armed wing, Umkhonto Wesiswe, and the de-politicization of culture are analogous. So the fate of cultural practices – to cease being an ideologically informed critical enterprise – emanates from the liberation movement’s own counter-revolutionary position. Isn’t this the classic neocolonial move – the “native” intellectual and party leader becoming “handmaidens of the state” (Hartman) in the transition to “independence” – organizing defeat from within?

Repetitions of Compromise in Culture

Frantz Fanon argued that “revalorization” of the anti-political form of culture within the colonial context has “paradoxical attitudes.” It not only leads to its own neutralization, but becomes the breeding ground of imperialism in its various ways. It is no wonder that music critic Bongani Madondo argued apropos of kwaito that its “politics were of different stripes altogether… a half-baked musical attempt by township boys… selling a never-to-be-realized capitalist dream.” Critics Lewis Nkosi and Mphutlane Wa Bofelo concur with this itinerary avec Fanon and Madondo on the backward strivings of culture in a neocolonial setting. Already Marx and Engels had understood this dimension of the capitalist logic, arguing that not only is it the opiate of the masses: “It compels all nations, on pain of extinction, to adopt the bourgeois mode of production; it compels them to introduce so-called civilization into their midst, i.e. to become bourgeois themselves.” My thesis here does not seek to promote overt “political art” as in visual artworks by Ayanda Mabhulu that have peculiarly become an example of this rather archaic term. In fact these very works, in their overt criticism of the political situation, tend to hide things rather than to reveal them. In the worst case, their rhetorical visuals tell us what we already know. However, contemplative works of contemporary art that reflect on ordinary situations, desires and perhaps more elided and subdued spaces like those of Berni Searle, Mary Sibande, Moshekwa Langa tend to have a lasting critical presence.

Yet this very presence itself does not escape nor seek to cut ties with the annulling might of cultural logic’s backwardness. They do not, as Andile Mngxitama has pointed out, “reach too far out of the socio-political matrix set by the larger political stage.” For Gene Ray, the art world more or less has the function of “a social sub-system of capitalism as a global system of exploitation and control.” Contrary to what Sachs argues, post-1994 South African cultural logic is more of an ideological tool than its opposite. Culture tends to be the tool of the ruling elite. For Boris Groys, ideology and artistic practice do not contradict each other, but correspond. He goes further to argue: “An artist operates on the same territory as ideology. The affirmative and critical potential of art demonstrates itself, therefore, much more powerfully and productively in the context of politics than in the context of the market.”

Within the neoliberal constellation to which the post-1994 political establishment has resigned itself, artistic practice functions as the unmarked creative double of politics. In rather more curious ways, it retains its many contradictions even when it simulates a critique. Art critic Gerhard Schoeman has noted this apropos of so-called critical art writing in South Africa in this way: “When the chips are down, criticism must penetrate beyond false appearances, the phantasmagoria of capital and ideology – but how can it do so when it, too, must pay lip service to restrictive, self-serving institutions? Fear of retribution, which was once theological but is now purely economic, reduces criticism to prattle and servility.” Art historian Thembinkosi Goniwe argues similarly that “to vocally articulate white domination, manipulation, and exploitation is self-marginalizing, for you cannot bite a giving hand.” But we must slightly stretch this view that the “fear of retribution” that pervades the institutional structures and critical practices is encouraged only within prohibitive frames. We must remain firm on the metaphysics of systemic operation. Though these are largely progressive institutions, some more critical than others and bent on the promotion of open dialogue, their very modality is generally acquiescent to the status quo. So we must switch Schoeman’s thesis around: it is the very core of the “theological” nature of the system which reproduces these economic strangulations, framings and restrictions. 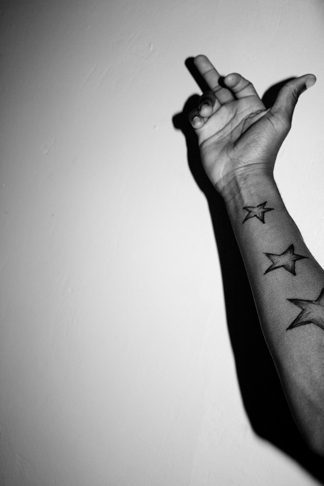 To conclude, we must ask certain questions. In the suspension of purposive art and liberation in all forms – cultural discourse has hopped onto a different purpose for artistic expression: surrendering to the status quo. In South Africa a critique of current cultural production must always point more steadfastly not only to its reproduced malfunctions, but also to the conditions that make them possible – the ANC sell-out project. We must ask what the prospects of anti-establishment and anti-capitalist art are today – both locally and globally. Can art calibrate us into the zone of discursive resistance, less thwarted by issues of fear, inclusion, demographic representativeness, meritocracy, and recognition? These are some of the urgent questions that reposition cultural production in the game of social change.

Athi Mongezeleli Joja is an art critic, writer, and researcher. He is also a member of the arts collective Gugulective. His writings have appeared in numerous publications and exhibition catalogues including Savvy, Chimurenga, and The Feminist Wire. He is an assistant editor of the publication New Frank Talk: Critical Essays on the Black Condition.