.Thelma Golden, the director and chief curator at the  Studio Museum in Harlem, tells C& about the museum's early years, the dialogue it has inspired, and its fiftieth anniversary in 2018.

C&: Since 2000 you have been the director and chief curator at the Studio Museum in Harlem. How did you start this journey?

Thelma Golden: My relationship with the Studio Museum began back in 1985. I had an amazing opportunity during my second year at Smith College to work with the curatorial department and the museum’s director at that time, Dr. Mary Schmidt Campbell. Dr. Campbell is a pioneering cultural visionary, arts leader and art historian. So that internship with her really set out the building blocks for my career in the art museum world. When I graduated from college in 1987, I worked as a curatorial assistant for at the Studio Museum for a year before working at the Whitney Museum. When I came back to the Studio Museum in 2000, I had already worked at the museum twice for two different directors, Dr. Campbell and Kinshasha Holman Conwill. I came back as deputy director and chief curator at the invitation of the new director, Dr. Lowery Stokes Sims, and I succeeded Dr. Sims as director in 2006.

C&: The Studio Museum was founded in 1968, in the midst of the American Civil Rights Movement. What was the museum’s role during that time?

TG: I have had the wonderful opportunity to spend time with people who were involved in the Studio Museum’s founding – people who were in the conversation before the doors even opened, who envisioned the museum and then did the work to make it happen. The idea of the Studio Museum went hand in hand with many other ideas and projects of that moment. When I talk to people, many of them artists, who were involved with this museum in the early years, they say they saw themselves as creating not only a museum that would collect and present art, but an institution that would have a singular role in the development of a community. 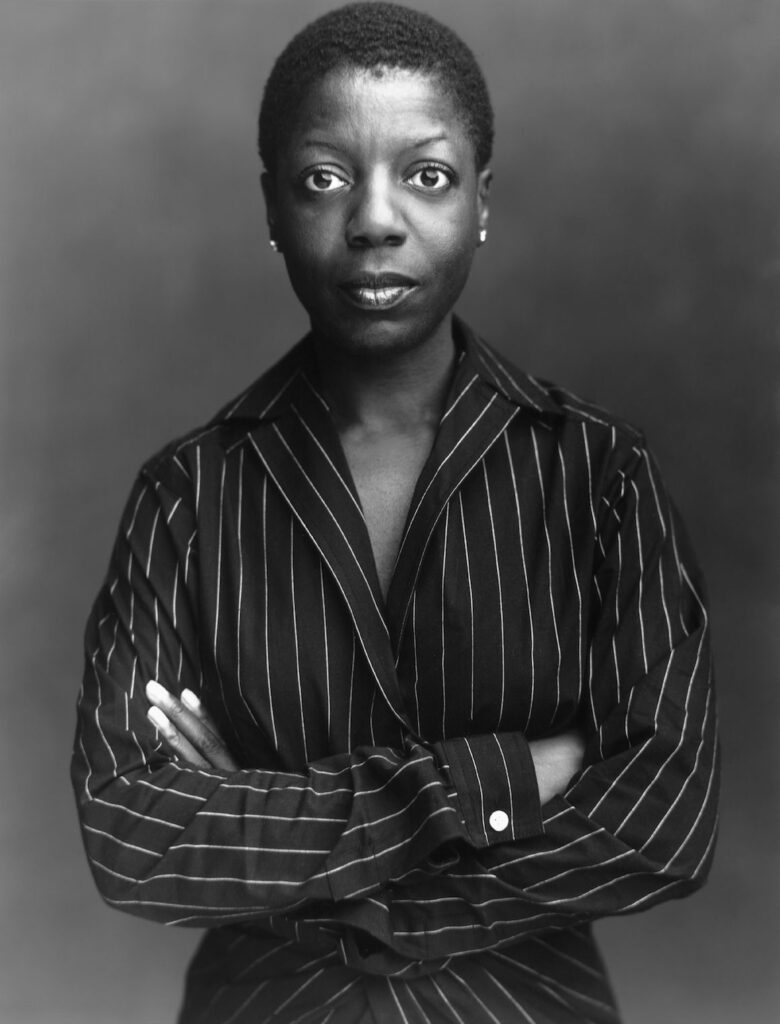 C&: How has the museum’s structure and vision grown and changed since then?

TG: I think what is so amazing and interesting about the Studio Museum is that it always changed or responded to different moments in the world of art and culture. This is an incredible testament to the different women who have led it during my history here. This museum has beautifully risen to each moment’s dialogue –sometimes leading it, sometimes responding to it, often doing both at the same time. When I was here in the late ’80s, Dr. Campbell made an extremely powerful argument for a revisionist art history, a rewriting of a mainstream story that had simply excluded the contributions of artists of African descent, as well as Latino artists, Asian artists, women, and many others. I am truly proud that this institution continues to help rewrite history by creating exhibitions that fill in these missing pieces of history in any number of ways.

C&: What is the Studio Museum’s current role as a social space in reference to the very tense circumstances of Ferguson, the Eric Garner case,  etc.?

TG: I think an institution should provide a framework for conversation. The experience of art, the inspiration and the instigation that art provokes, can serve as a way for people to understand themselves and the world. At the Studio Museum, we have amazing programs for young people, including really innovative high school programs, which have art making at their heart, but also use art making as a way into storytelling and conversation. So at the moment when young people are discovering themselves and considering their place in this world, art can provide the ability to articulate and develop their voices in very powerful ways – especially when tumultuous event are happening in the world around us. 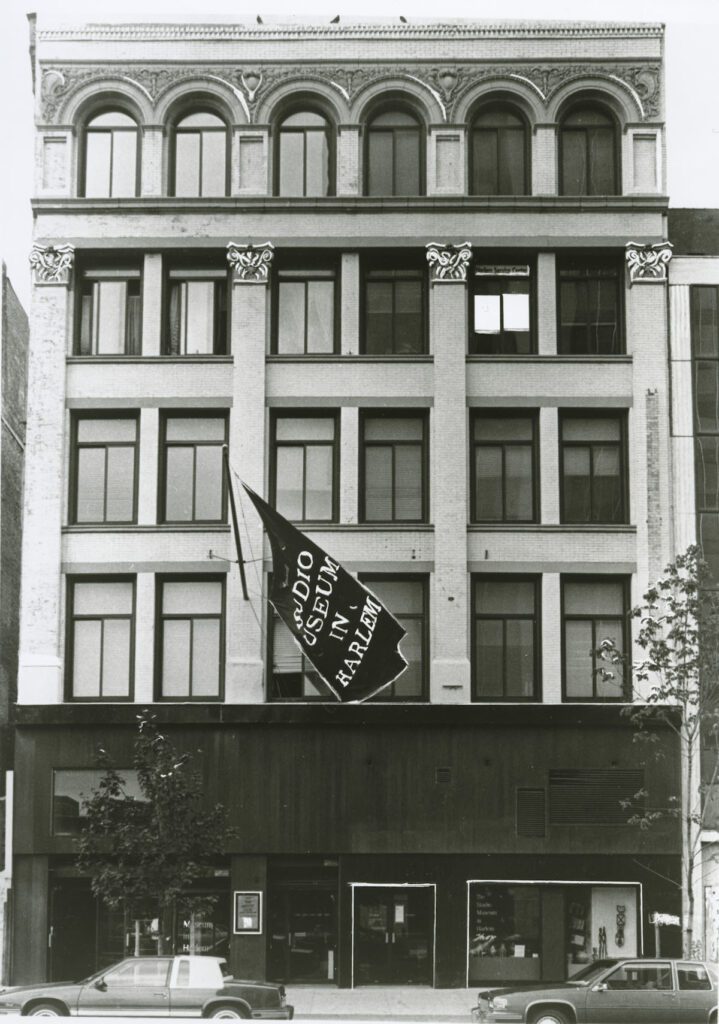 C&: Let’s talk about the rapid spread of the term “global art.” Suddenly every museum wants not to only focus on Jeff Koons and Ed Atkins, but on non-Western art perspectives as well. Why is an institution such as the Studio Museum even more important right now?

C&: The Studio Museum’s permanent collection includes around 2,000  works. Can you tell us a bit more about your collecting approach behind it?

TG: Our permanent collection embraces all media and ranges from the 19th century to the present. We have a broad approach to collecting, as we seek to really represent and tell the stories of the incredibly broad range of artists of African descent. But in the collection we also explore and manifest very specific ideas and experiences. For example, the Studio Museum takes its name from our foundational Artist-in-Residence program. Every year we have three artists working in studios here in the museum, and they have an exhibition at the end of the year. We acquire work by these artists – so the collection is a marker of the many artists who have worked here and become part of our community as part of this program. Of course, we also collect artwork from our exhibitions. Freestyle (2001) was the first of what has become a kind of signature group show, nicknamed the “F shows,” when we feature a dynamic group of emerging artists. It was followed by Frequency (2005), Flow (2008), and Fore (2012). We acquired work from all of those exhibitions, and many others, so the collection also reflects our unique exhibition history. 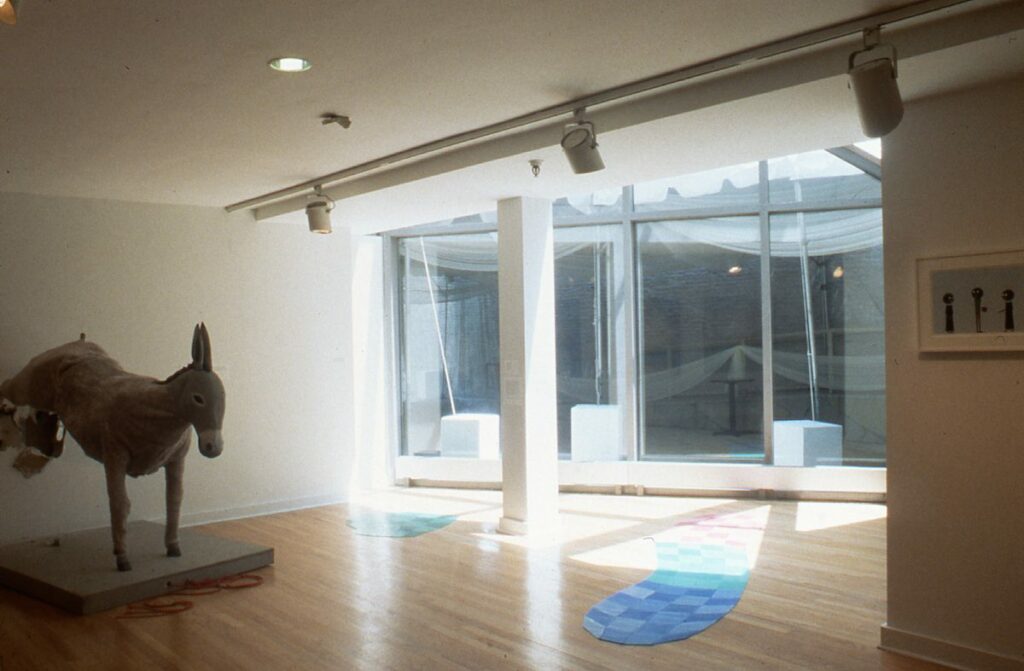 TG: Yes! We’re incredibly excited and have a number of projects and programs in the works. One really important project that we’re trying to do is to capture the stories of the many people who have been intimately involved with the museum since its founding – the many directors that have been involved here, the curators, the artists who’ve been in our exhibitions, and our many, many trustees, donors, members and supporters. Secondly, we are thinking about a project that really analyzes these 50  years in the reception, collection, and curation of artists of African descent. Finally, we are beginning to put together a project that we are calling inHarlem, taken from the name of The Studio Museum in Harlem. It’s a series of site-specific public projects in the neighborhood. For our anniversary, we would like to create projects that not only reflect on the neighborhood, but also exist as a vital part of it.

This Friday, May 15, 4pm at Frieze NY, Thelma Golden and Dr. Arnold Lehman, Director of the Brooklyn Museum in New York, will discuss the question: Whom do museums serve?