In Conversation with Illa Donwahi

In just over ten years Illa Donwahi has transformed her family home in Abidjan into a space dedicated to an ambitious artistic, cultural, and educational project. With C& she talks about the launch of her artistic complex in the midst of Côte d’Ivoire’s political and social crisis in 2008.

Contemporary And: The Donwahi Foundation seems to have forged its identity at the crossroads of various projects, including an non-profit exhibition space, a commercial gallery, an artists’ residency, a venue for artistic events – and a commitment to sponsorship and art education. Was this versatility part of the foundation’s plans from the start?

Illa Donwahi: The foundation was established by a group of art lovers, for the most part African actors in the private sector. Over the course of time a cultural platform, a private cultural center, an artistic colony, and space for free exchange has become the result. Because we believe that art is an essential bridge between generations, classes, experiences, and a means to address various problems of society in a free-spirited way.

That’s why, in addition to producing exhibitions, our initiatives and collaborations aim to tear down the invisible barriers that exclude those who do not have access to certain spheres or thoughts. 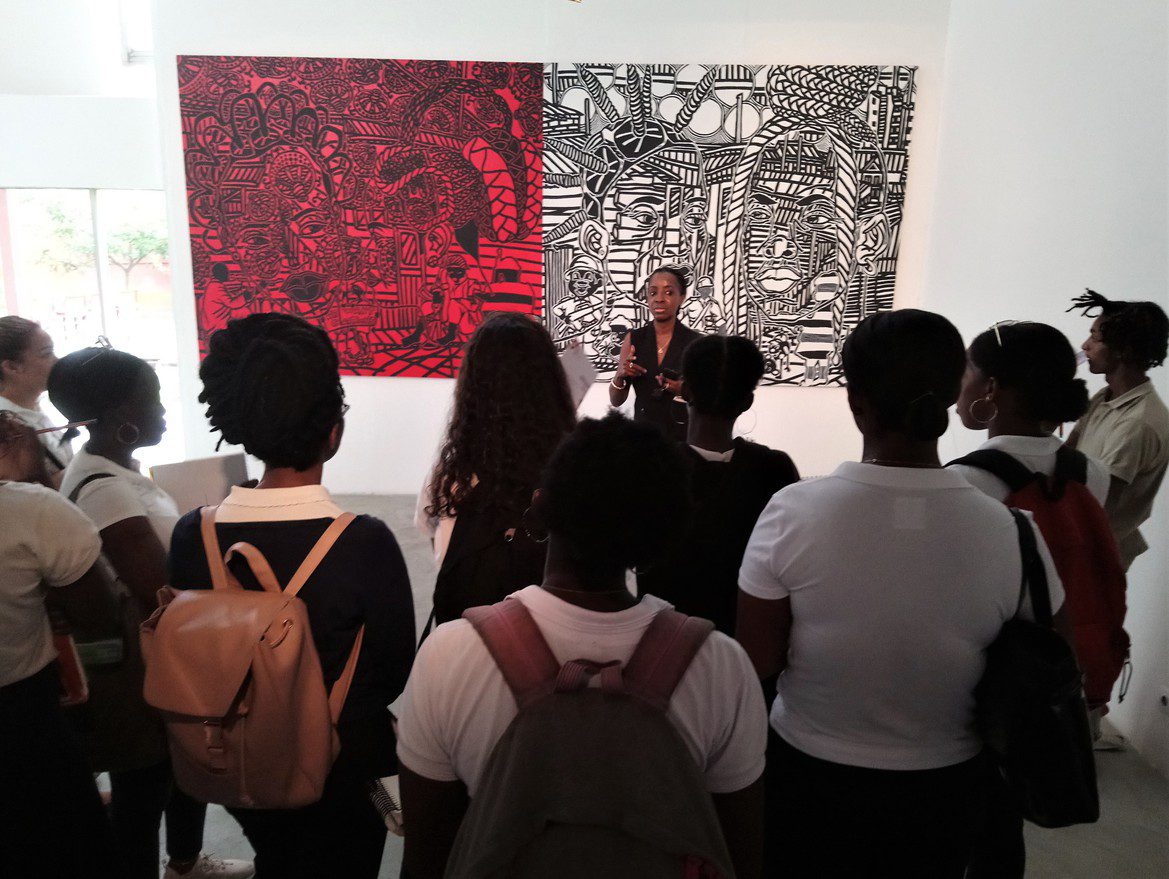 C&: What was the Ivorian art scene like when the foundation opened in 2008, just before the beginning of a crisis that would have a severe impact on the country?

ID: Côte d’Ivoire was still nursing the scars left by being torn apart for a decade (1990–2003). Sociopolitical turbulence coupled with a long economic crisis and a prevailing pessimism had also had left an effect on the artistic scene: in particular on the dynamics characterizing platforms to support and promote creative talents. We asked ourselves the following question: Did it make sense to focus on culture in this context? We chose to take up the challenge, in the spirit of humanism and sharing, and decided to open up a place for exchange and transmission, for sharing and enrichment.

C&: Combining art and cultural development in this way made the foundation a leading player in rebuilding the art scene after 2011. What challenges did you face after the crisis?

ID: To be perfectly honest, the most important challenge was to mobilize new resources. We relied on our history, on the socio-educational impact of our past achievements, to persuade new patrons to support us. The message we kept putting across was that, more than in other periods, art and culture were a foundation on which the process of reconciliation and appeasement, for which Ivorians had waited so long, could be built.

C&: What contribution did the curator and author Simon Njami make to this reconstruction project?

ID: A fundamental one! But I cannot talk about Simon Njami without mentioning our vice president, Marème Malong, who is also the founder of the MAM Gallery in Douala, Cameroon. We used our complementary skills and passion to outline, build, and realize this project. Simon contributed his methodology, his rigorous approach, his aesthetic sense, his sense of history, and his poetry. 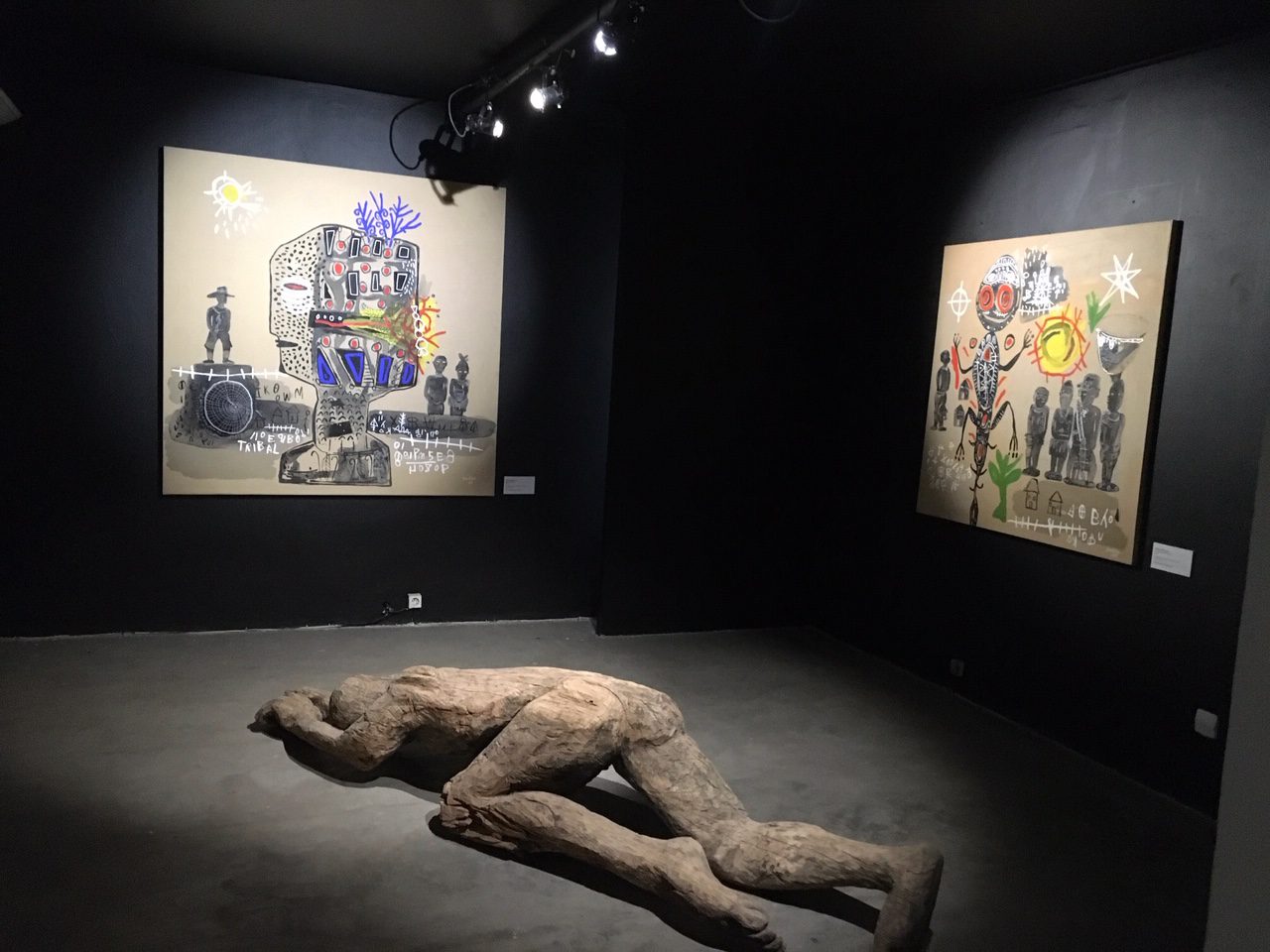 C&: A project that just happened at your venue was the Biennale des arts pour la forêt et l’environnement, instigated by Ivorian artist Jems Robert Koko Bi. What did that consist of?

ID: Jems Koko Bi punctuates his discussions with these two sentences: “The forest is virgin, generous, and sincere. She gives everything, when nothing is taken from her by force.” This sentiment encapsulates what he set out to achieve in organizing Abidjan Green Arts, a biennial devoted to the forest and the environment that is supported by three Ivorian government ministries, the Office Ivoirien des Parcs et Réserves, the Coopération allemande (GIZ, Goethe-Institut), and the Donwahi Foundation. Art here is a pretext to exalt and celebrate the forest, a means to raise awareness about preserving and safeguarding it.

The first edition, which opened on 25 November at the Donwahi Foundation, featured artists from three continents (Africa, Europe, and the Americas), selected by three curators. The curator for Africa is Ousseynou Wade, former secretary general of the Dakar Biennale.

The invited artists, drawn from all disciplines, spent two weeks creating an intervention in the Banco National Park, an old-growth forest of more than 3000 hectares in the heart of the city of Abidjan. Their works were created in a predetermined space that respects the environment, in terms of the use of biodegradable materials and plants. And introductory workshops on environmental conservation were organized on-site for young people.

Cédric Vincent is an anthropologist, professor of art theory at the School of Fine Arts in Toulon. He co-directs the PANAFEST project, from which was extracted the exhibition Dakar 66: Chronicles of a Pan-African festival (Musée du Quai Branly, Paris, 2016).