Conversations in Gondwana is a project initiated by Brazilian curators Juliana Gontijo and Juliana Caffé to connect pairs of artists from countries of the Global South. The first edition includes artists from Brazil and South Africa, including Aline Xavier with Haroon Gunn-Salie, Ana Hupe with Gabrielle Goliath, Clara Ianni with Mikhael Subotzky, Daniel Lima with Ismail Farouk, and Paulo Nimer Pjota with Siwa Mgoboza. In this interview, Will Furtado talks with the curators about expanding our political imagination, breaking through the dominant geopolitics of the colonial-capitalist world system, and the work of the artist duos.

C&: How did Conversations in Gondwana start?

Juliana Gontijo: It began with Juliana Caffé’s trip to carry out a year-long research study at the University of Cape Town in South Africa. As independent curators and women, we wanted to strengthen the network that connects us and advance others. We had no resources or institutional support, so we got the idea to pair up artists as virtual pen-pals and create an online platform to host their exchanges.

Juliana Caffé: Our wish was to bring the two art scenes closer together, and enhance the flow of practices and research among artists, curators, and researchers from countries in the Global South. So we developed the concept around Gondwana, the name used to refer to the supercontinent that some 200 million years ago united the continental masses of what we now call South America, Africa, Antarctica, Australia, and India. At a global moment in contemporary art, the project evokes this common genealogy to foster the emergence of other geographies on the international scene. 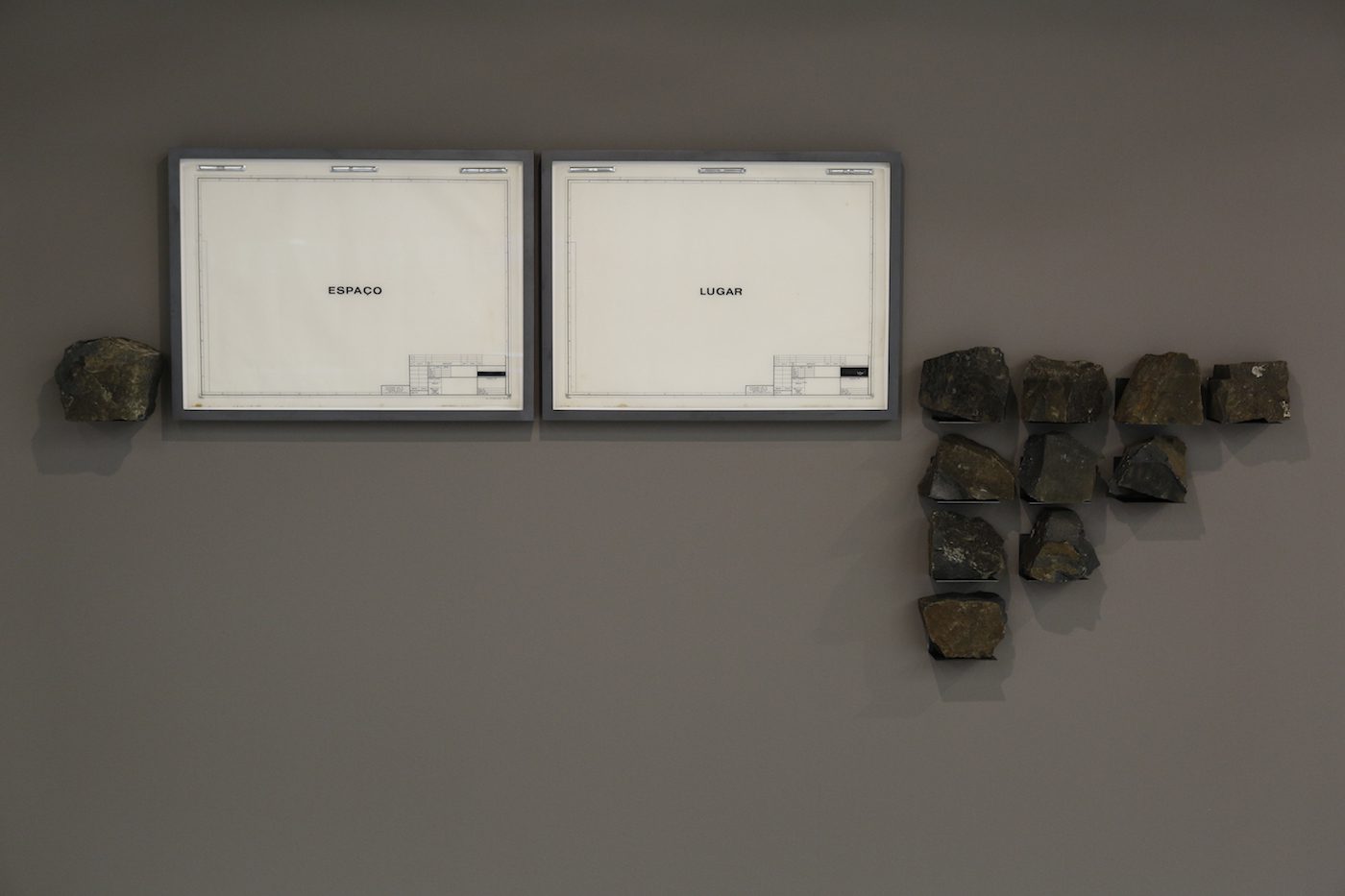 C&: Why is it important to connect these regions?

JG: In our current political context, we believe it is necessary and urgent to seek other routes and strategies to bring together artistic communities from two regions that have a lost ancient geographical connection, an explicitly interconnected history, and contexts which are comparable in the present.

JC: We also believe the exchange has the potential to put forward alternative models of transnational collaboration in contemporary art as a way of strengthening ties and expanding our political imagination. One inspiration was Walter Mignolo’s “critical border thinking,” which is based on subordinate epistemologies and breaks through the dominant geopolitics of the colonial and capitalist world system to shift borders, horizontalize dialogue, and diversify knowledge. The communicational mode of the project combined with aesthetic intervention strengthens this dialogue.

C&: What were your hopes and concerns before starting this project?

JG: The project is experimental and the results therefore unpredictable. Collaboration between the artists depended on digital media and ease of communication on both sides: Two pairs had difficulty communicating and this impeded collaboration. It was also challenging, as curators, to deal with works of art finalized only a few days before the opening [of the exhibition presenting this first edition of Conversations in Gondwana at the Centro Cultural São Paulo, last month], after the South African artists arrived in São Paulo, and to work with an extremely limited budget for a project that required the shipment and production of new works. Both these aspects – timeline and resources – demanded a flexible partnership between artists and curatorial staff, which was not always achieved. We experienced the difficulties of being two young, Latin American, female curators, with no institutional support, in an artistic environment deeply marked by gender inequalities and constraints.

JC: In addition to this interaction between artists, a major concern was being able to present this edition [in an exhibition], and to do that we had to raise funds. This was possible due to the cooperation and interest of the artists involved, as well as support from partners such as the São Paulo Cultural Center, the Fonte Residency, Casa do Povo, Videobrasil, and ProAC SP – the Cultural Action Program of the State of São Paulo. 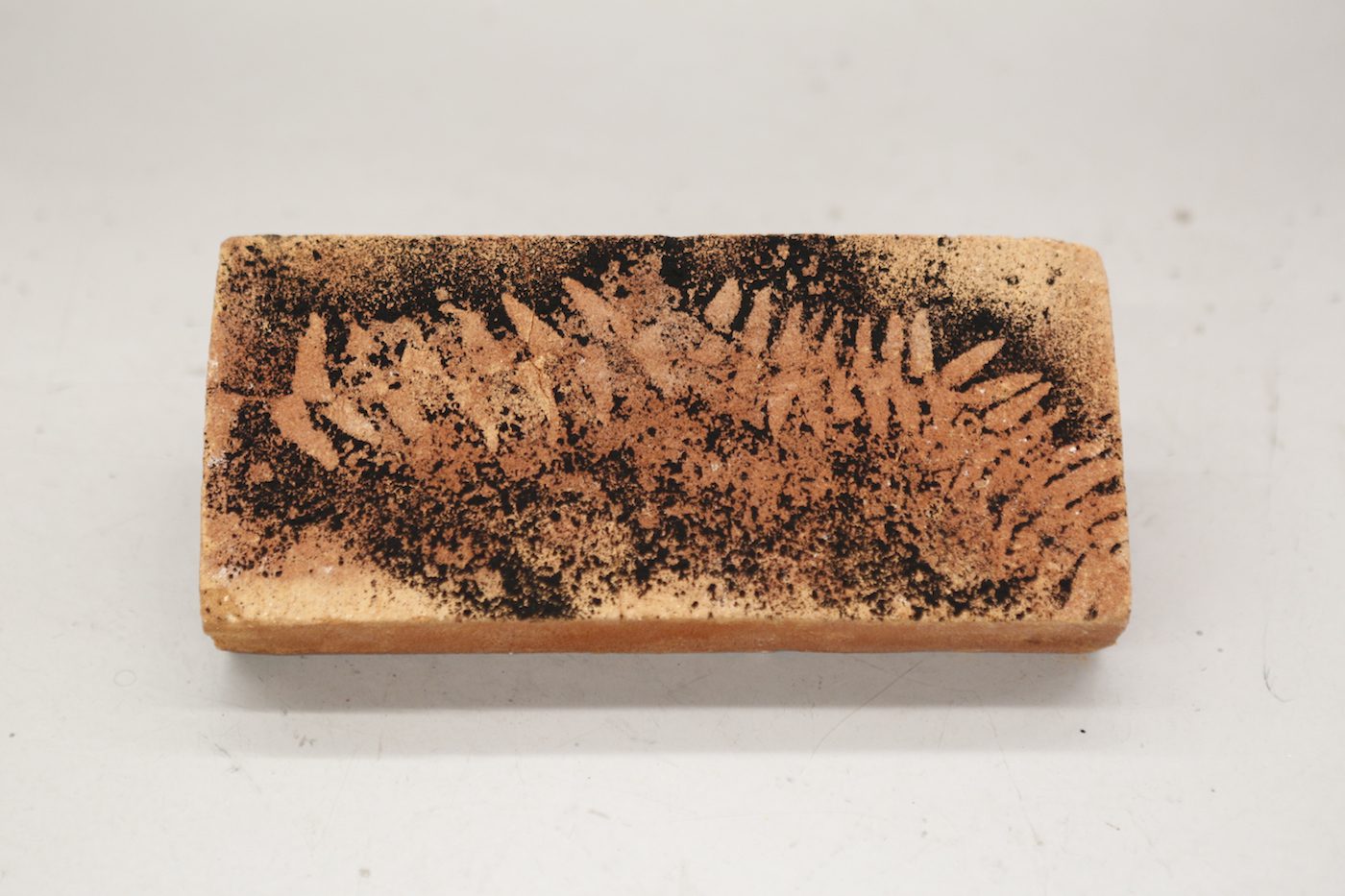 C&: Could you talk about the selection of the artists, the resulting duos, and the works they created?

JC: To select the artists we did an interesting exercise where we tried to imagine which pairs would have an intriguing conversation. The process involved a lot of research and discussion. For the research, we started from common themes of interest in the two countries, and brought to light issues that occupy their respective scenes. In South Africa, for example, the discourse of decolonization is very present; the colloquiums, protests, and discussions around the Rhodes Must Fall student movement caught our attention, and we wanted to share that in Brazil.

JG: Paulo Nimer Pjota and Siwa Mgoboza explore issues related to identity, iconography, and representation in their work. During Gondwana, they exchanged photographs taken in Bahia (Brazil) and in Cape Town (South Africa), which ultimately formed a large collage on a wall in the exhibition. Aline Xavier and Haroon Gunn-Salie reacted to the environmental crime that took place in Brumadinho (Minas Gerais, Brazil) a few days before the exhibition opening, proposing a new version of a project that was already underway, called Agridoce. And Daniel Lima and Ismail Farouk gave a performance discussing relationships between food, race, and gender, reflecting on the colonial modernity and regulatory nature that mark culinary cultures. Clara Ianni and Mikhael Subotzky explored the triangulation of the concept of Gondwana – a theory about the South developed in England – and created a collaborative piece, built on-site. In it, the few elements used – a broken plumb bob, iconographic references from geological and racial theories – comment on the fragile balance of a worldview that floats between construction and deconstruction, between theoretical fiction and the materiality of geological times. Meanwhile, in São Paulo, Ana Hupe and Gabrielle Goliath created a collaborative screen-printing piece that talks about the silence and trauma caused by colonial and patriarchal violence. 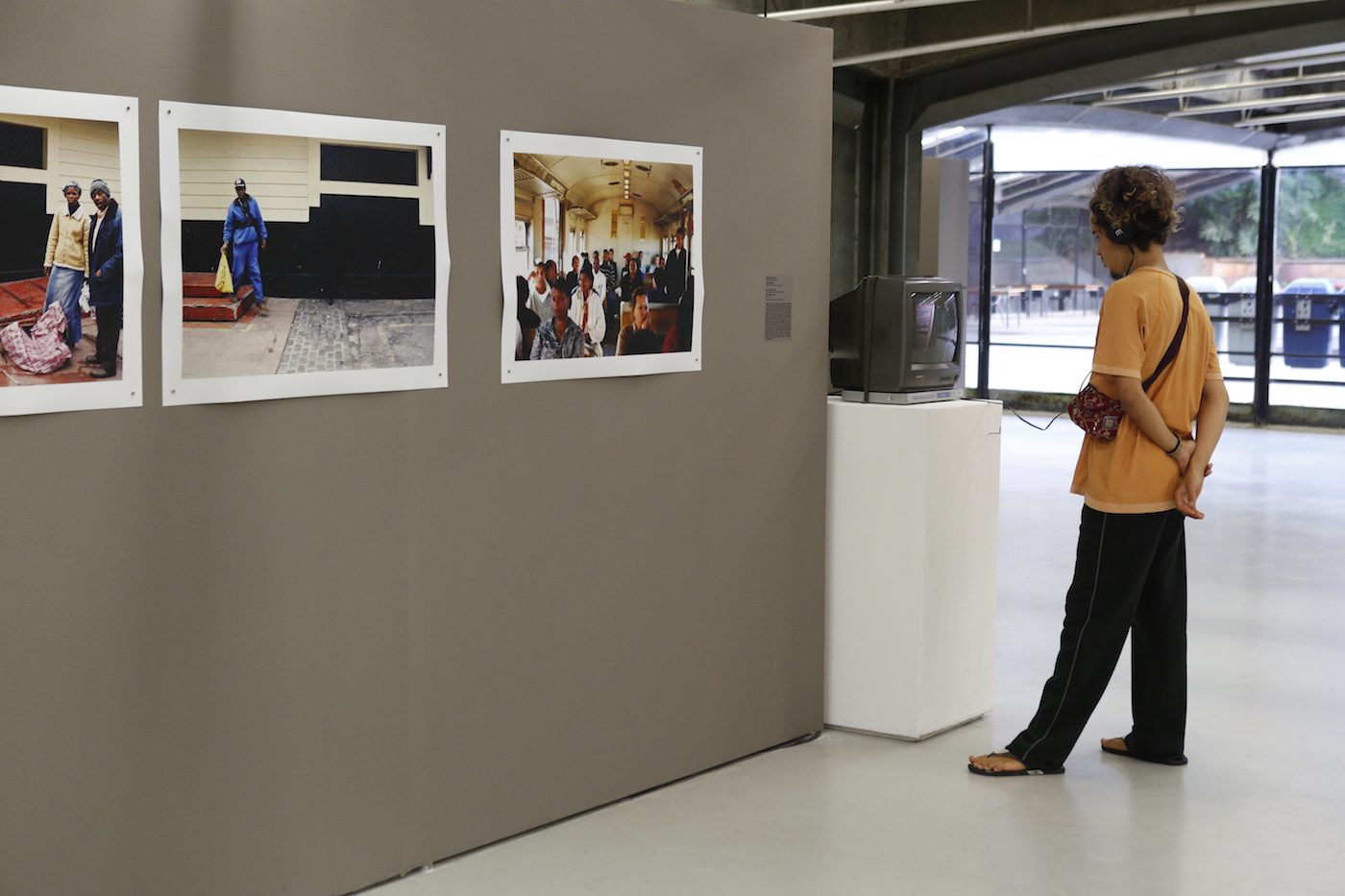 JC: On the online platform, we have created a section called Archipelago, where we post about the work of artists with close relationships to the concepts explored by the duos. We brought in some of these works for the exhibition, such as the video Todas as Terras by Brazilian artist Renata de Bonis, which reveals geological connections between Africa and South America; the videos Homeless Song 5 and The Master is Drowning, respectively by South African artists Kemang Wa Lehulere and Penny Siopis, which reflect on apartheid; and Capa Morada and Gym Politics, made collaboratively by Brazilian artist Cinthia Marcelle and South African artist Jean Meeran fifteen years ago. We also invited the Brazilians Marcelo Moscheta and Thiago Rocha Pitta to present works that dialogue with other pieces in the exhibition.

C&: What were the main findings from the alliances created in São Paulo?

Gontijo: Invited to travel to São Paulo for approximately ten days, five South African artists were housed in artists’ studios and partnering artist residences. We chose this type of cooperative accommodation because, in addition to assisting with our limited budget, it brought South African artists closer to the local scene. 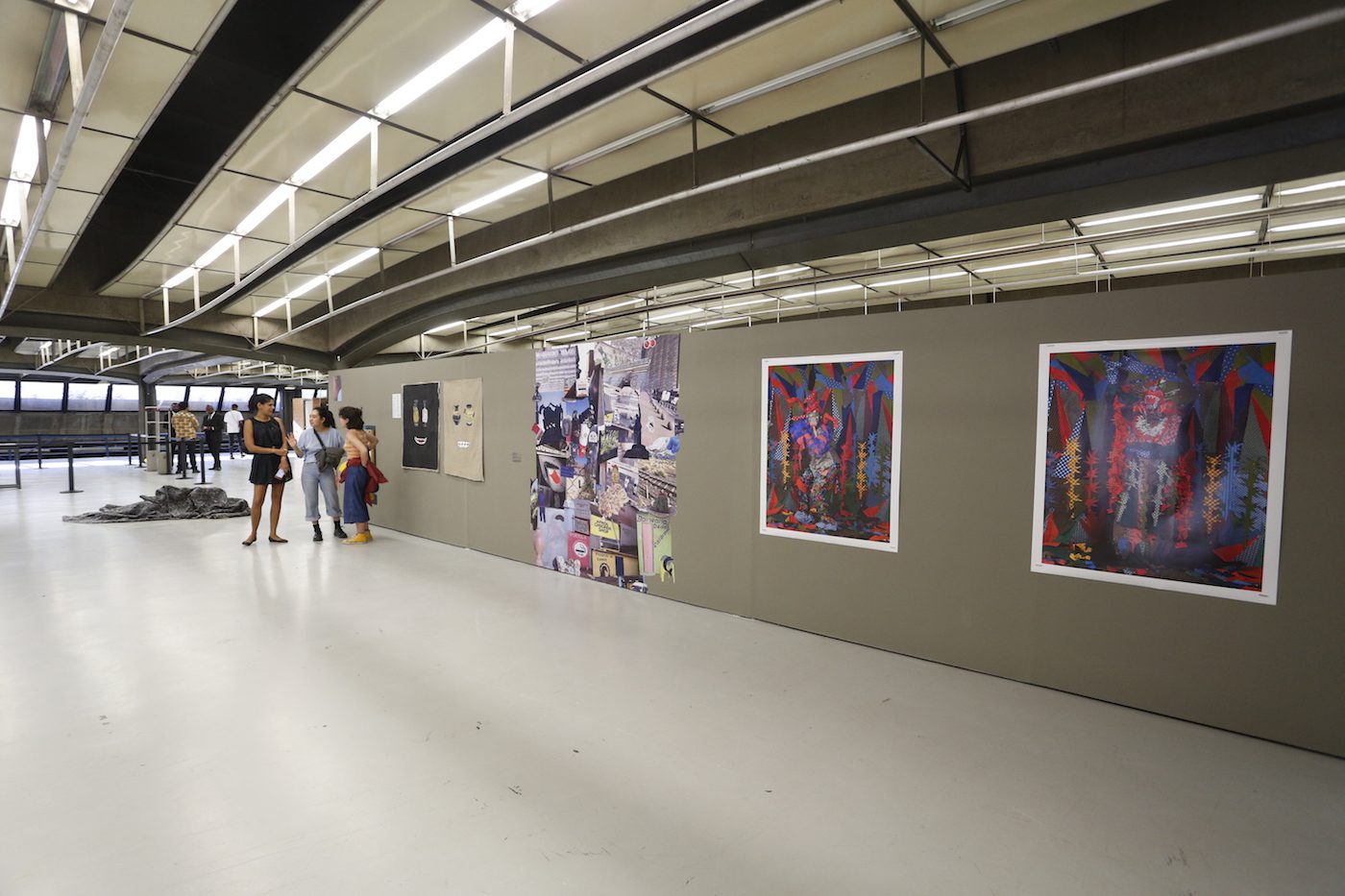 Caffé: The exhibition opened two weeks ago, and it is interesting to note the resonance of the work of some South Africans who are exhibiting for the first time in Brazil. Some of the duos also have plans for future projects, such as Ana Hupe and Gabrielle Goliath, Haroon Gunn-Salie and Aline Xavier, and Daniel Lima and Ismail Farouk. The public has been curious about the connections between Brazil and South Africa, and about the project’s next steps.

C&: After Brazil and South Africa, what will be the next connection?

JC: The project was selected for a research residence at the Espacio de Arte Contemporáneo in Montevideo, Uruguay. We should be traveling there this year to initiate a new action.

JG: We also want to move the South connection forward and think beyond nationality. We are interested in picking up some lost threads of history in order to figure out unsuspecting connections and cross over the national designations imposed by processes of colonization.

Conversations in Gondwana is on display until April 7, 2019 at the Centro Cultural São Paulo in Brazil

Juliana Caffé is an independent curator, editor and researcher on contemporary art. She holds postgraduate specializations in ‘Curatorship’ from University of Cape Town – UCT (South Africa), in ‘Art: History, Criticism and Curating’ from the Pontifical Catholic University of São Paulo – PUCSP (Brazil), and a BA degree in Law from the same institution.