In Conversation with Azu Nwagbogu

LagosPhoto 2017 Delves into our Post-truth World

In its 8th edition, LagosPhoto is a major festival for photography in Nigeria. Here, its founder and curator Azu Nwagbogu discusses with C& the festival’s theme “Regimes of Truth” which deals with how society build truths in a post-truth world where belief and a superfluity of information collide to produce willful ignorance or genuine knowledge.

C&: With ArtX, the inaugural Lagos Biennale and LagosPhoto – which you founded – the city seems to be the place for art this year. What do you think are the reasons for this development and how will this impact Lagos’ future?

Azu Nwagbogu: Hosting is a very powerful mechanism as you have the power to control the narrative. This is something that has been denied Africans for a long time with all the leading artistic and cultural events happening outside the continent, so artists, photographers and thinkers feel they are validated when they are presented outside Africa. It is a colonial legacy. LagosPhoto has led the way for others to see this potential to host and we are glad that the city and the world is able to engage with our remarkable city on our terms and in these various ways.

C&: This year’s biennale title is “Regimes of Truth” – what does it refer to, and what is the role photography plays in these regimes?

AN: The annual LagosPhoto festival is a themed and curated gathering whereby the exhibitions try to address urgent contemporary issues. Today, one of the main issues to grapple with is how we build truths in a post-truth society where belief and a superfluity of information collide to produce willful ignorance or genuine knowledge – our interest is to explore photography’s role in this discourse. I am genuinely interested in the way artists and photographers respond to this moral hazard that is accelerated by an anxiety to belong, and in how overstimulation, misinformation, overexposure to images collude to bury the truth. What we know for sure is that the facts are not necessarily the truth but essential props in building truths, however, to speak of these things seems really radical and elitist because people just want to receive information that reinforces their own prejudices and beliefs. For example, we are often offered reliable facts about X percentage of people living below the poverty line of $2 but this fact reveals little more about how they live and thrive and raise kids. 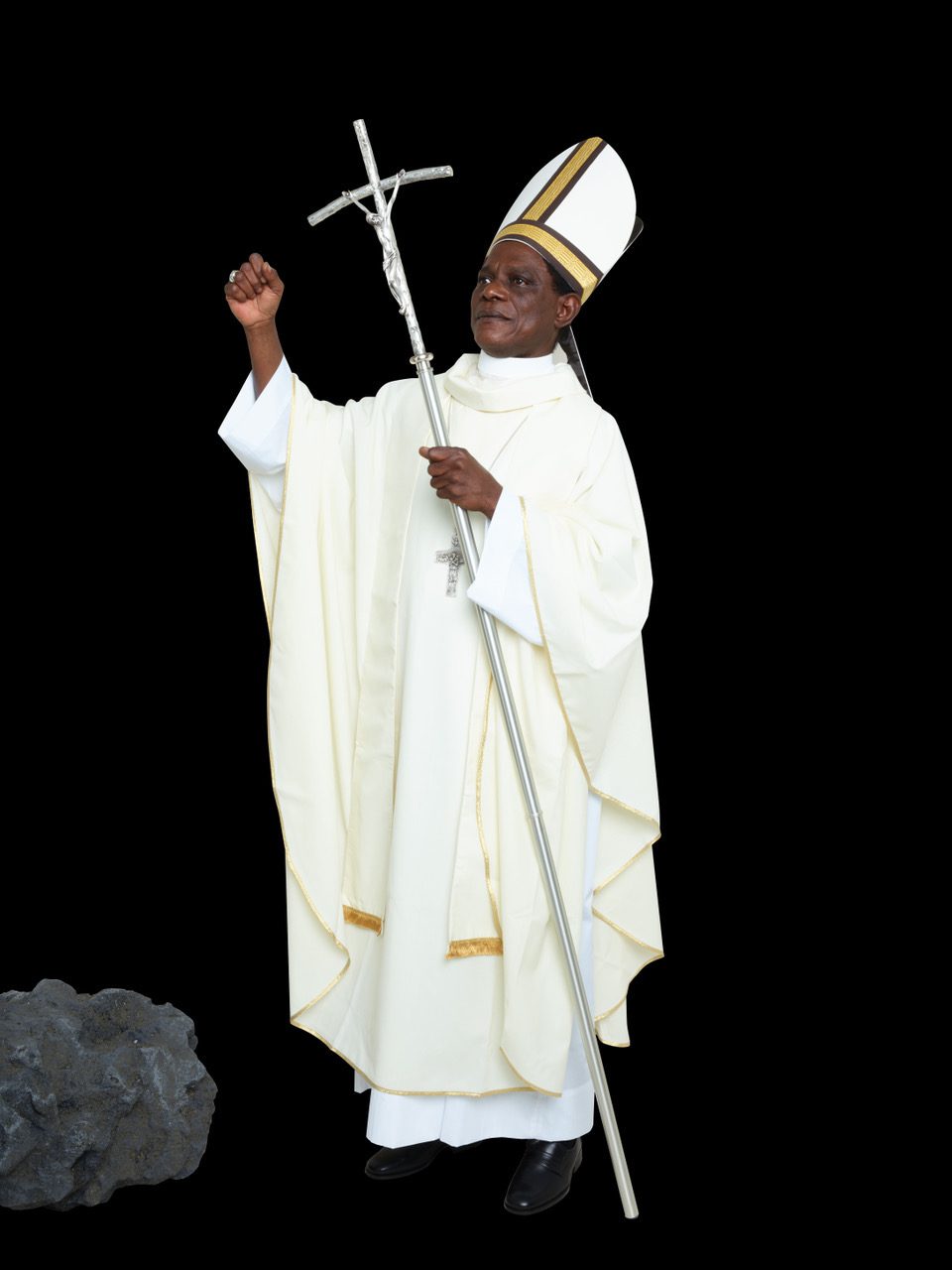 C&: How do you link this critical thinking about normative institutions and our contemporary societies in the festival?

AN: I would have to single out each exhibition to do this question justice but let me just give an excellent example with Samuel Fosso’s The Black Pope, in which the relentless catholic veneration of whiteness in contemporary visual culture is resurrected in a restive, darker protesting Samuel Fosso as the Pope. It is a series that directly challenges normative regimes of truth, power, officialdom, and the accoutrements that are used to reinforce belief.

AN: The great thing about an annual festival like LagosPhoto is that it never stops and we just keep going. One edition ends and we begin to think of the next one. As the artistic director of the festival, it is refreshing to invite guest curators with diverse backgrounds to contribute and we have often done so, for example with Cristina as an artist curating an edition and being part of two curatorial editions. This was fantastically rewarding and we hoped for the same with Duro. I first drafted the curatorial premise for “Regimes of Truth” in November 2016 (after the US elections) as “Post-Truth and Society” and then the whole post-truth conversation became super redundant and commonplace although the issues remain and are still relevant. By the time I invited Mr Olowu as our guest curator in February, he was given a solid brief to work with the theme “Regimes of Truth” with a finalized curatorial text. Since his departure we just carried on seamlessly and I only doubled up my role as artistic director and curator – a dual role that is not unfamiliar to me. I really enjoyed the completeness of the process and how it allowed me to present the festival with my own ideas.

AN: Vacation! It’s been a busy year.