In recent years, the Afro-Iranian community has been under the spotlight. In 2015 a photo book was released to great praise. Yet, this project reproduces the same conditions that have led to this community being neglected for centuries. Our author Gloria J. Hampel looks into the problematic nature of documenting certain communities within societies.

The adoption of Western standards of social, economic, and political institutions in the 19th and 20th centuries brought with it enormous changes for Iran. These included Western legal codes influencing Islamic laws in the Middle East and the Gulf region. Iran entered into this transition during the Qajar dynasty (1795-1925) and reached its plateau with the nationalism of the Pahlavi regime (1925-79). A system of nation-building was rooted in and relying on slavery. In order to transfer slave-work into wage-work, multiple stages had to be passed — from emancipation granted on an individual level, religiously motivated by alms (zakāt), or granting of freedom as payment for labor, before peaking due to accelerated steps in processes of modernization and the booming oil business. In 1928 the abolition was legislated, while economic realities remained precarious. 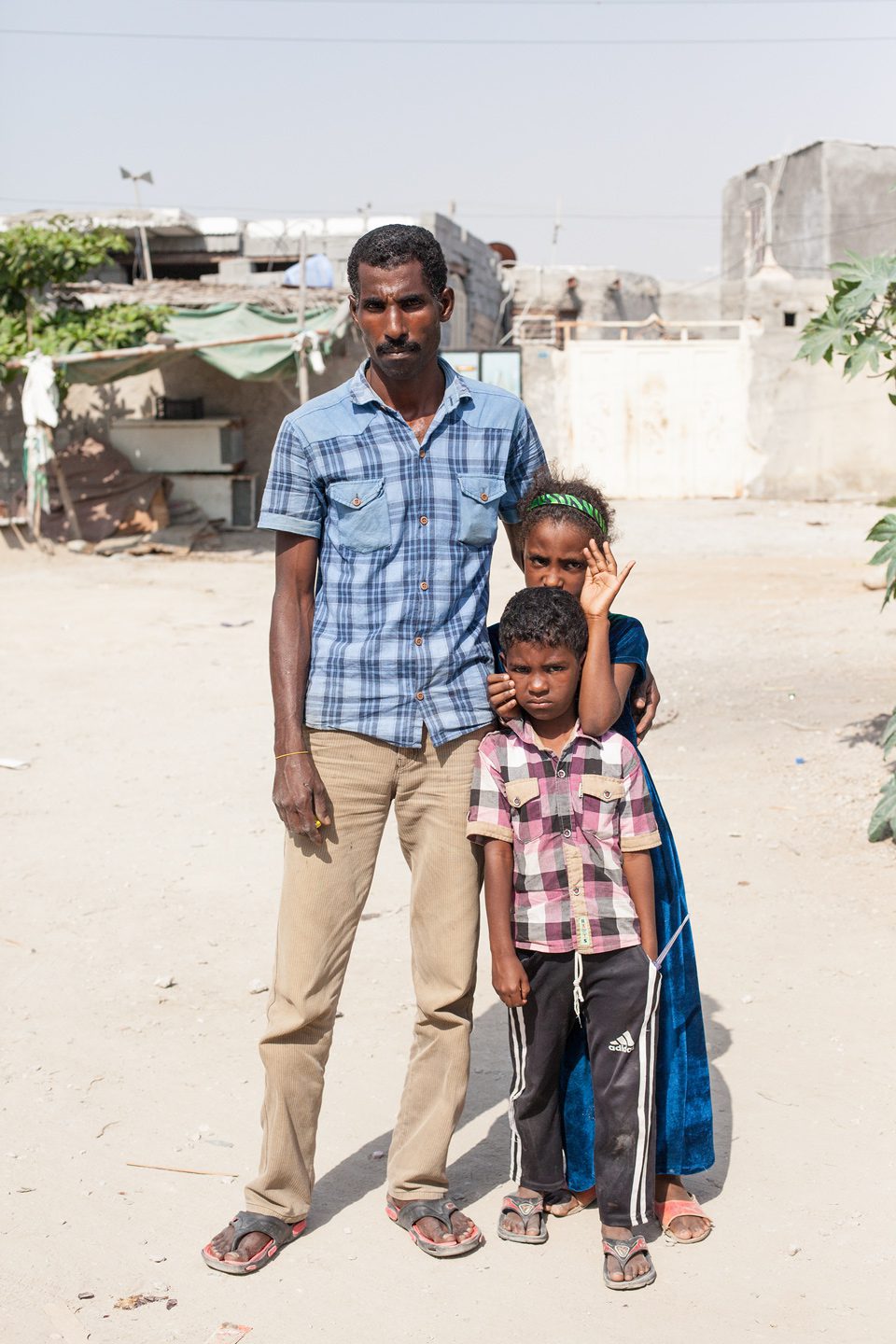 When in 2015 Mahdi Ehsaei’s photo-essay Afro-Iran: The Unknown Minority was published, it soon went viral, pushing the community of Iranians of African descent into the public eye of the international media. The visual evidence produced an array of reactions from scholars, researchers, and the art scene itself, varying in depth and criticism. Ehsaei’s collection of stunning colorful photographs presented portraits of local southern Iranian people in their everyday environment. In what is today mostly located in the southern province of Hormozgan on the Persian Gulf, the people depicted in Ehsaei’s work wear colorful clothes, the women’s intricate hijabs and chadors providing a strong contrast to the (Western) idea of Iranian veiling practices. Others are shown in personal settings or public spaces such as markets, streets, and on beaches. Women, men, and children are depicted either by themselves or in groups in their social environment and during cultural practices such as a zar ritual.

One year later, in 2016, the Iranian anthropologist Pedram Khosronejad presented archive photographs from the Qajar period in an article featured in the Guardian. They were portraits of African slaves in Iran depicted in their household positions as servants to a harem under the Shah or children’s nannies.

The hybrid and plural identity of Iranians of African descent, however, needs to be looked at from more diverse angles. Especially in visual culture, the stereotypical needs to be questioned. Analyzing the intersection between class, race, gender, location, and the medium of photography itself would serve as a viable place to start encountering the systematic writing out of history of an entire community.

Photography as a tool is closely linked to anthropology and travel, simultaneously evolving with Europe’s imperial-colonial expansion in the 19th century. Rather in line with this tradition of documentary photography, in both Ehsaei’s and Khosronejad’s collections of photographs most portrait subjects remain anonymous. While one collection marks the beginning of the African presence in Iran, the other represents a contemporary point of view. One shows how Black people in Iran were incorporated in families (as slaves), the other portrays them in their everyday lives today. The latter suggests that the community of Iranians of African descent is secluded rather than being embedded into other communities. Creating photography that appears to be documentary is at the same time challenging and valuable: enabling agency for the subject through the power of a photograph and depicting the agency of the subject accurately. The hierarchical lines between photographer and subject reveal the difficulties regarding the issue of agency in relating the experiences of Black communities in Iran through the medium of photography. 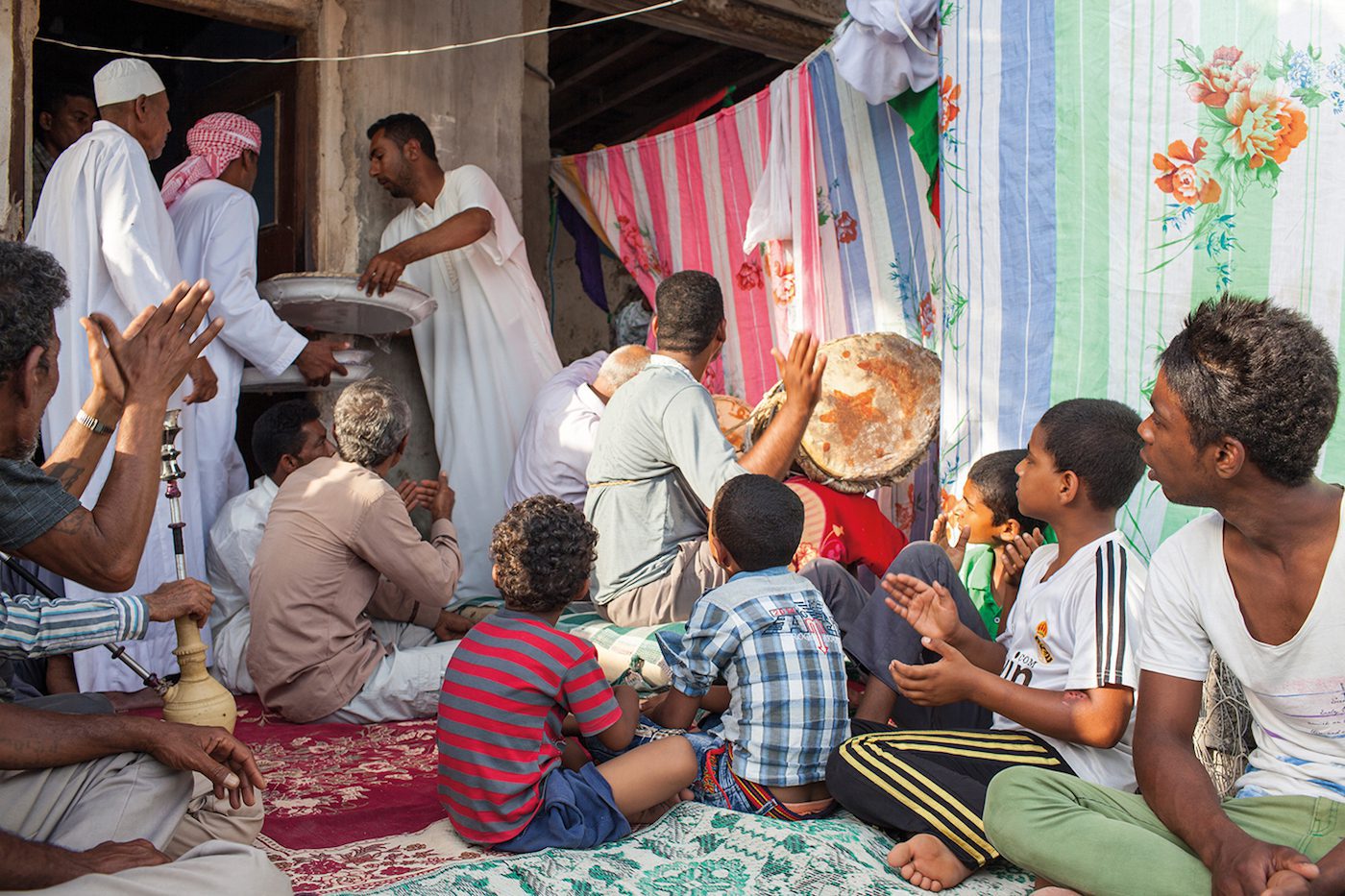 What becomes clearly visible in both collections is the lack of (self-)representation. Both were made and compiled by people outside of the community. The photographed subjects, now and then, constitute a continuation of this lack of agency in and through representation. The agency remains with the photographers, muting their subjects and creating social boundaries.

The depictions, both past and present, give rise to certain questions: Who are these pictures made for? Who is the intended audience? Who is depicted? Why has the mainstream media received the portraits of the Afro-Iranians with such astonishment? These are all leading questions in regards to the systematic exclusion of the representation of Black Iranians in the Iranian media landscape and Iran’s historiography.

Only recently have scholars and cultural producers become more interested in this community and this forgotten part of Iran’s history. Both photo collections provide visual evidence for certain gaze politics. These gaze politics provide(d) a breeding ground for the visual exclusion of Black Iranians and their representation in Iran’s mediascape.

Gloria J. Hampel is an art historian and independent critic based in Berlin, currently interested in the politics of archives and their inherent materiality.

"It is an exercise in storytelling, in challenging dominant narratives."

Where the White Nile and the Blue Nile Meet