“My Work Is Black, Feminine and Marginal”

Sonia Gomes’s immersion into the feminized textures of yarn, fabric and color moves us through the Brazilian landscapes of factories, post-industrial waste, the sacred and African-influenced traditions.

“My work is Brazilian,” ends the book simply titled Sônia Gomes published by Cobogó. These words are central to understanding Gomes’ oeuvre of dismantling the Western notion that handcraft deserves a subordinate role in the hierarchy of art making. Her immersion into the feminized textures of yarn, fabric and color moves us through the Brazilian landscapes—across water, Belo Horizonte’s mountains and industrial cityscapes. The Brazil that she conjures is one of factories, post-industrial waste (much of the cloth used in her work is collected from factories and other post-consumer collecting), the sacred and African-influenced traditions. 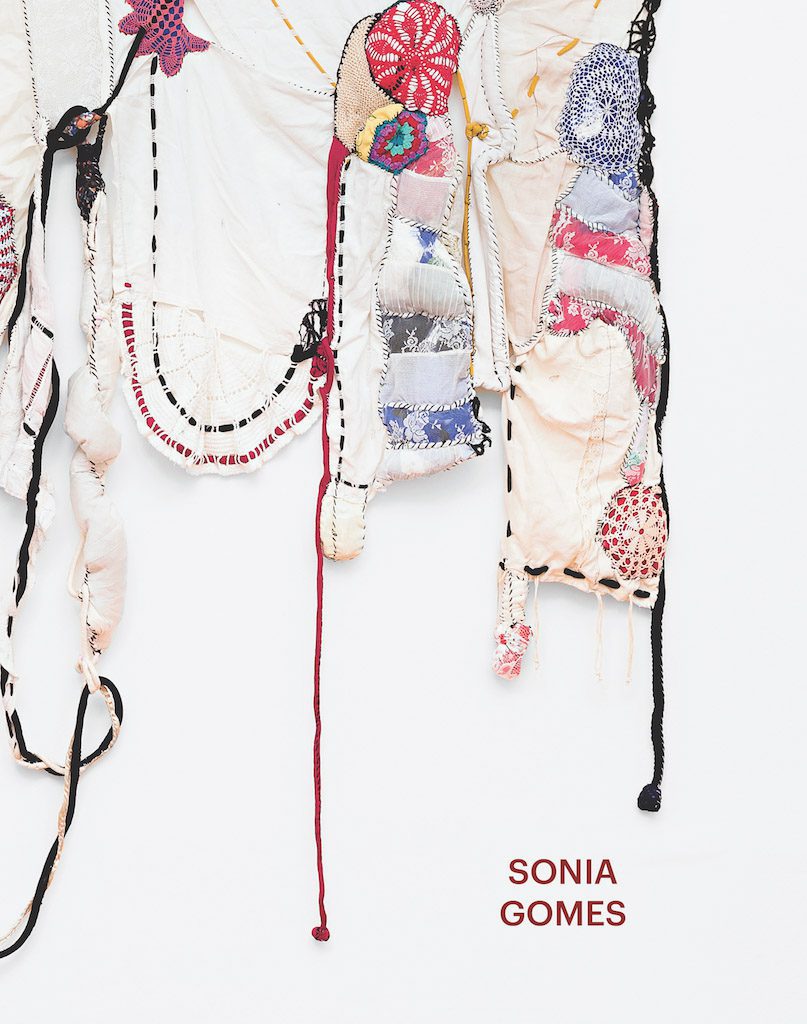 Cover of the book Sonia Gomes.

Gomes speaks of the significance of movement in her work, and one cannot deny the connection this has to her childhood. From being orphaned early on and at age five moving from her black maternal grandmother’s home—with traditions steeped in West-African cultures—making rodhilas and gris gris, to what she described as the ‘erudite’ nature of her European-descent, white father’s family home. Her family’s background in textiles lead her to combine the early art forms she learned from her grandmother with the more industrial language of textile-making to form the multi-dimensional sculptures for which she is celebrated.

The handmade, almost temporary nature of her work belies a deeper, more politicized response to the inherent contradictions within textile culture. In the West, there are more opportunities for quick purchases of inexpensively made attire that allow for a disconnect from the sources and reasons for the cheaper production of clothing, which invariably occur in the developing world. Gomes’s sourcing of used clothing as her canvas gives an ecological sense to the importance of re-using waste, whilst critiquing the over-consumption of such production. Here, along with artists like El-Anatsui or Sokari Douglas Camp, she presents us with a language through which we can experience the nascent concerns of environmental organizations: “Each thing carries with it the history of its donor. My action begins with these pieces that come to me, from the history that comes with the memory of the material”. By using materials already consumed, she is also making a statement about the materiality of her own process—using a ‘ready-made’ as the foundation of her art practice, combining the two distinctly different production methodologies. 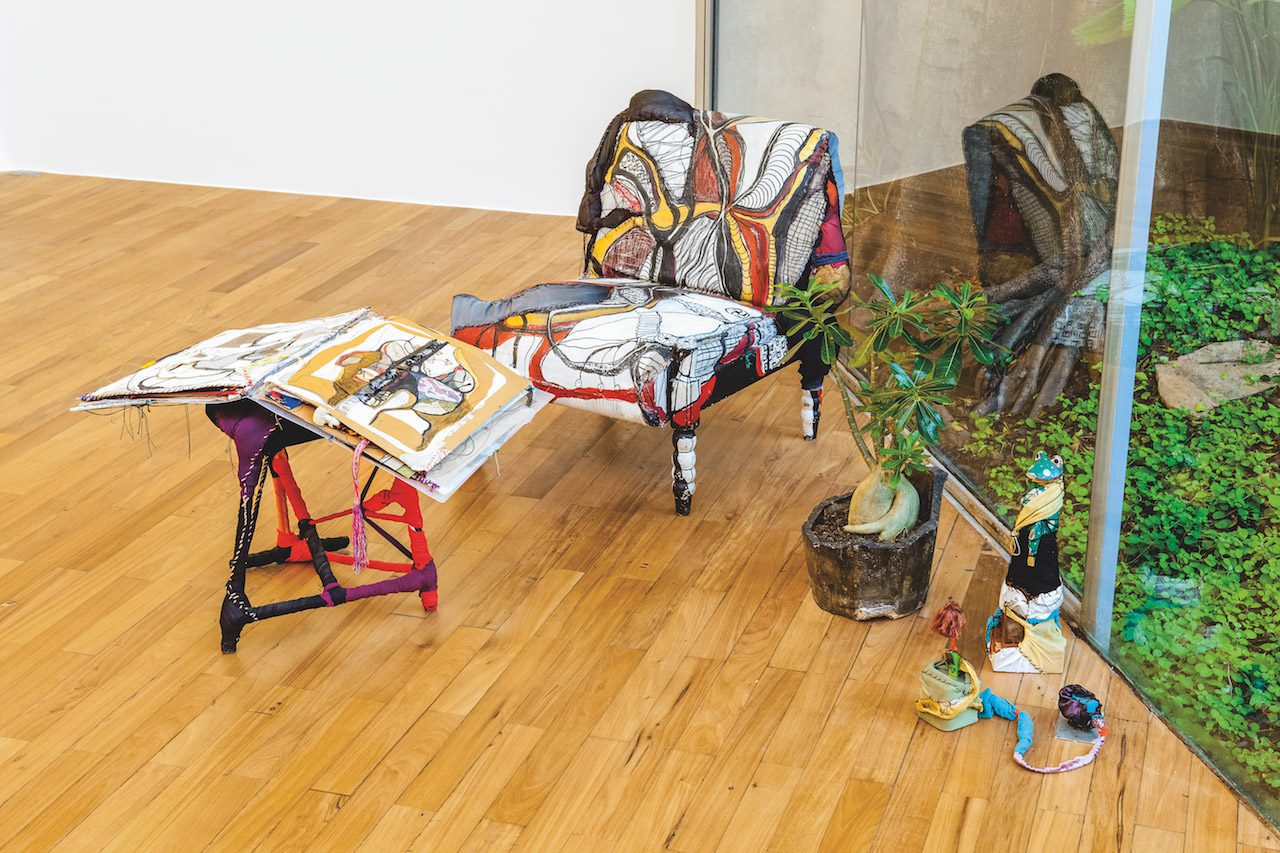 The gestures Gomes employs in her work appear as unfinished, of art in flux, from the draping cord, to the loosely woven stitches—there is a temporariness to her work that could be seen as a dialogue with sculptural objects like those of Judith Scott, Senga Nengudi and Sheila Hicks or as an instructional method of working that seeks to overturn the focus on the perfection in handcraft. Her sculptures are a reflection on how we see materiality in our everyday lives—they speak to the experience of touch and the sensate. The use of re-used fabric acts as a way of thinking of the skin in which we live. Cloth and material are the closest thing to our bodies, daily, and there is a deep connection with our skin and the way our experience is transmitted through our clothing. Also, for Gomes, skin would have been an important notion, growing up, having gone from a black family to a white family, and being born in a Brazil that saw itself as a melting pot, but whose lived reality was different for those of brown and dark skin tones.

Gomes, who in her words “discovered life through art”, allows us to see her life through the portal of her work. She can be labelled many things – political, fiber artist, contemporary –, but for her, the statement of who she is lies in her work: “My work is black, it is feminine, and it is marginal. I am a rebel. I never worried about masking or stifling anything that might or might not fit standards of what is called art. I always sought nonconformity with things that are established. I had to overcome a lot of obstacles, because I’m a woman, because I’m black, because I was too old to be considered one of Brazilian art’s young talents.”

Nan Collymore is a British writer and artist, based in California.

In Conversation with Radha May