Dominic Muwanguzi: How did you come up with the theme Unmapped for this year’s KLA ART?

Violet Nantume:  In many young, developing African cities, the issue of modernization and urbanization is popular. This creates a wave of social changes influenced by political decisions for the urban centers. Intuitively, inhabitants of a town, or any place affected, have to adapt to the rapid waves of change in order to survive in an environment that does not acknowledge their contribution. It might mean changing the way of working around the system, i.e. “rebranding.”

Phillip Balimunsi: Before we developed the theme, we first examined the achievements of KLA ART 012. We also took into account the role of the artist in the development of the city. Besides, there are several unmapped artists: emerging and self-taught. The participating artists come from Kampala and other African cities such as Nairobi, Addis Ababa, Kigali, Dar es Salaam, and Kinshasa. KLA ART 014 gives them a platform to express themselves.

Dominic Muwanguzi: Since you are now recognized as a new voice in the Uganda contemporary art scene, what contributions are you making?

Violet Nantume: The most pertinent contribution here is the documentation of the artwork.  This is because documentation has been scanty in the past. It is hard to convey the history of exhibitions or festivals in Uganda.

Robinah Nansubuga: We are making the industry very relevant, in a different way than it was previously.  Curating is a discipline that hasn’t been much appreciated by the artists. Our presence on the local art scene will perhaps give confidence to other young artists, critics and art managers to join the practice, and this will lead to more art exhibitions and workshops that will faithfully reflect and expand the industry.

Dominic Muwanguzi: Can you tell us briefly about the festival venues?

Robinah Nansubuga:  Kampala Railway Station will host the festival exhibition. It will be the first time the building has been open to the public since the passenger trains stopped in 1992.  The Boda Boda Project, on or with a boda boda motorcycle taxi, one of the most iconic elements of Kampala life, will circulate to 28 locations around Kampala, including public and dynamic spaces such as Monument Square and Owino Market.

Violet Nantume: These selected spaces are a meeting place for the public. They are also neutral in a way because they attract people from all parts of the country. Additionally, Kampala Railway Station and Owino market are very central to Uganda’s economy yet they’re not a priority for the government. For example, the railway line has not been fully functional for over 20 years because the government probably did not recognize its importance. Now there are plans to re-open it to improve the transport system in Kampala. This new interest in the railway line is symbolic for the mapping process. Having an exhibition at the railway station will remind the public of the need to appreciate the development and maintenance of the city’s infrastructure. This is the role being played by the artists here in the city.

Dominic Muwanguzi: Why is there a need to curate the festival?

Moses Serubiri: In Uganda today, there are a number of arts festivals, but few are curated. So, the question why there is a need to curate a festival is also about the lack of curating. There is a deliberate intention to help people understand and connect with art in a deeper way than they normally do. We want to create a context for the artwork.

Dominic Muwanguzi: The trend in contemporary Ugandan arts today is to produce for expatriates and tourists. Do you think this is the right approach for making the industry grow?

Robinah Nansubuga: The right way to make the industry grow is not to rely on an external market.  As mentioned earlier, the reason why we came up with this theme, Unmapped, is to get the local community to engage with the work of artists, not to sell.

Violet Nantume: In the context of the festival there’s a strong dedication to changing the notion of mass production and producing for tourists. As a means of finding solutions to this trend, the festival will have a workshop for artists facilitated by the Global Crit Clinic where artists will be provided with space to ask the necessary questions in creating artworks.  Questions will be addressed, like: Who am I producing for? Is this the right material to use to convey my message? Where can I exhibit my work? 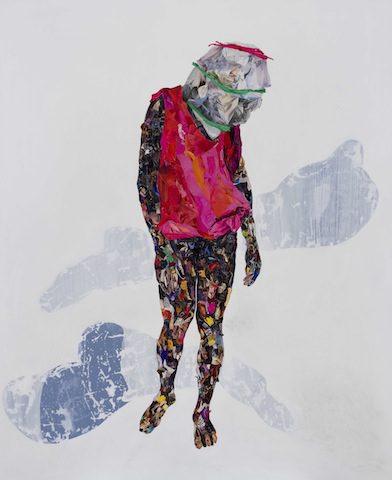 Dominic Muwanguzi: How can we get more professional curators on the African continent when studying for the profession is so expensive?

Violet Nantume: I think one of the first steps is to recognize those who are practising, like us, and invite them to projects that offer the space for curating. But also there are certain programs intended for this purpose. For example, the Centre for Contemporary Art in Lagos has an annual intensive Art School Program called Àsìkò for aspiring curators on the continent. I attended one of these programs in May 2013 and it helped me to make a decision on taking a course in professional curating. These kinds of platforms provide a certain level of apprenticeship for young people who want to learn the discipline.

Robinah Nansubuga: I think we first need to understand the background of how curators have moved from the continent to the Diaspora. They have gone to represent Africa in the Diaspora, which is not a bad thing at all. If these curators keep in close touch with home, misrepresentation will be minimized.  There is also the issue of localizing the program in universities on the continent, like Makerere, which will make it less expensive. The institution can develop a curatorial program for local young curators to be based there.

Hasifah Mukyala: With our five voices, I believe we can influence the way this program is taught at Makerere. Interestingly, the course there is already defined as history of art and curating, but it is not taught the way it should be. Perhaps a meeting with the Dean of the faculty can help turn things around positively. Maybe not in the near future, but later on.

Dominic Muwanguzi is a Ugandan art journalist who has contributed to New Vision, Daily Monitor, The Independent and Startjournal.org.