In Conversation with Renny Ramakers

N’GOLÁ: Connecting São Tomé and Príncipe with the Mainland

For its eighth edition, N’GOLÁ, the biennial of São Tomé and Príncipe, aims to bring a new concept alive. The curator, Dutch art historian Renny Ramakers, has created a program to strengthen the ties between the small island country in the Atlantic and the African mainland. With C& she talks about how she came into this challenging position, and how she works intuitively to explore the in-between and the beauty at the heart of meaningful social change.

Contemporary And: The first biennial of São Tomé and Príncipe (STP) was initiated by João Carlos Silva in 1995. He wanted to establish the art scene of this small country on a global scale. On the artist list of this year’s edition, there are no artists coming or working from STP. Can you talk about this decision?

Renny Ramakers: Well, three artists from STP will be presenting their work at N’GOLÁ in an exhibition curated by João Carlos Silva. But indeed, for this edition my main focus is to strengthen the ties between the African mainland and this small African republic in the Atlantic Ocean. I see STP as an in-between place: of once uninhabited islands, colonized by the Portuguese from the late fifteenth century until 1974; a former slave-trading post and colonial plantation, shaped by the Portuguese and the men and women abducted from the African continent and put to work there; a place whose future will be determined by the descendants of those enslaved Africans. In making these connections, I looked for works that could strengthen a narrative that is more positive and uplifting than generally told.

I have invited artists from Sub-Saharan Africa to present work, enact performances, hold workshops, and so on. All artists involved are invited to travel to the island for the opening weekend and interact with the local people, particularly artists, intellectuals, and artist initiatives. 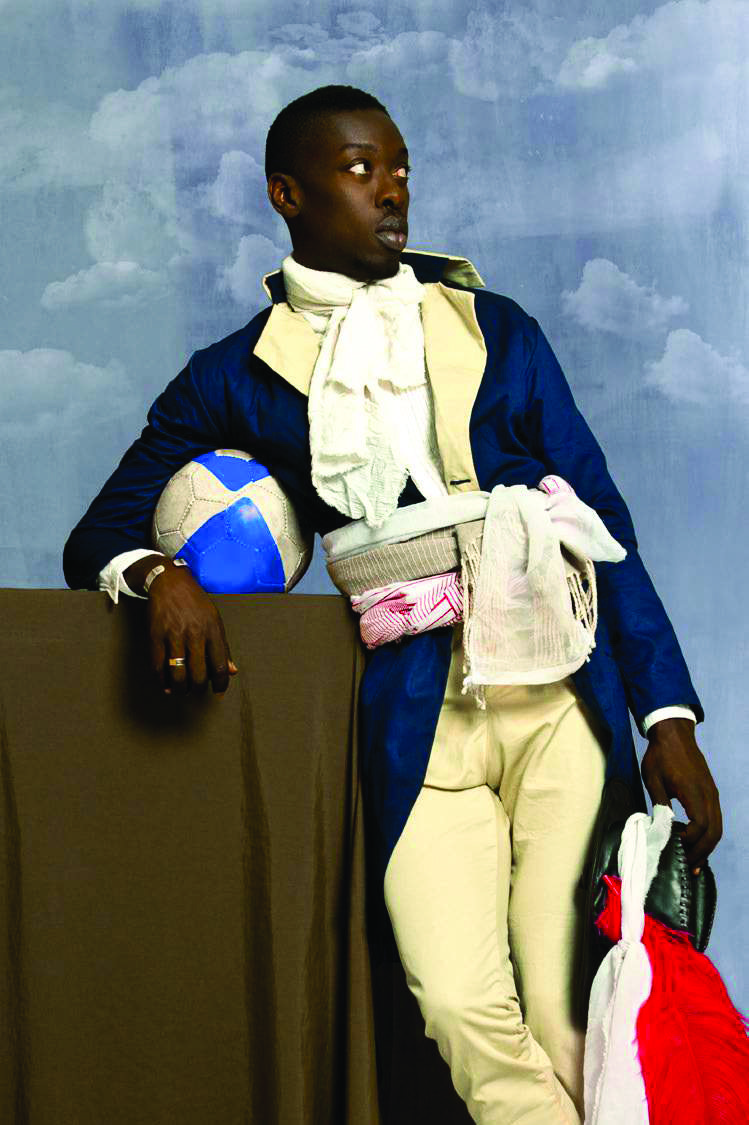 C&: It’s the 8th edition of the biennial, but the first time in which it engages with visual art, fashion, architecture, music, gastronomy, technology, crafts, and nature – an interdisciplinary approach. What do you aim for with this makeover? What were the limitations of the previous structure?

RR: There were no structural limitations before. But throughout my career as a curator I have been interested in crossing borders between disciplines and mixing cultures, and I have looked for ways to involve the audience and interact with visitors. In this case, the performances, workshops, and music events are directly related to the contents of the exhibition, and often also to the past and present of STP. I wanted to celebrate the power and beauty of arts and culture from Africa.

I believe that all art has to transgress, to break borders and cross boundaries. I also believe in the power of participation and interaction, and how this can contribute to a better future. I think beauty is at the heart of any meaningful social change, and I believe opportunities and possibilities are found not only by considering one angle or another, but by exploring the in-between.

C&: Can you explain how you got the job? What is your connection to the art scene in Africa and the Diaspora?

RR: A few years ago I was invited to redesign the cultural center CACAU in São Tomé. Before we [the Dutch design company Droog] started this job, I made a field trip to the island. Soon after I was asked to join the board of a foundation that supports the culture of STP. Its agenda included the biennial, which had not been organized since 2015 – an important reason being the reconstruction work at CACAU, which took more time than expected. I proposed to write a concept for a fresh take on the biennial. This was positively received and it became my challenge to try it out for the eighth edition.

Other than that, I am a newcomer to the African scene, but have seen over the years many exhibitions, as well as having read widely on the subject. In the past I have worked in Cape Town and Dakar, but this is the first time that I am engaging directly with artists from the continent as a curator. I am deeply impressed and inspired by the work of these artists, by their visual strength as well as by their fearless treatment of complex themes. I am also happy that so many artists reacted so positively to the concept of the biennial. 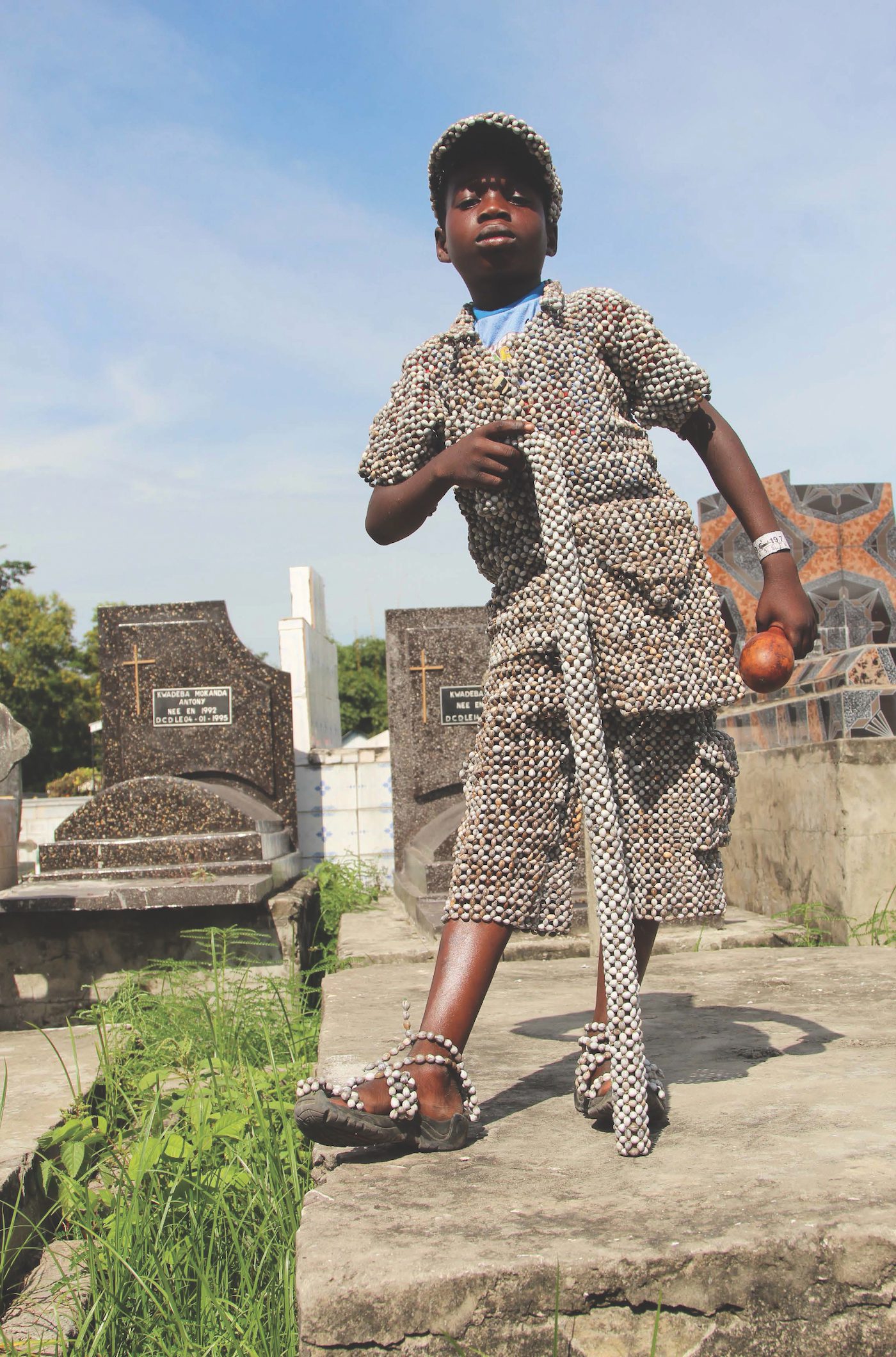 C&: The mission statement says it is about bringing “the global North and South and the rest of the African continent closer together in order to exchange, collaborate, be inspired and learn from one another.” How will you deal with the history of this place, your own position in it, and the creation of new narratives?

RR: I am no expert on African or STP history, though I am aware of the many historical currents connecting STP to the African mainland, as well as to Europe, the Americas, and other parts of the world. And that this is, in many ways, a painful and loaded history. At the same time, I have become wary of a narrative that exclusively describes Africa as a place of sorrow and suffering: though this image may be justified by harsh daily realities and a problematic past, it also fixes the continent in an undeserved cliché of powerlessness and lack of agency.

I have encountered many artists aiming to create a fresh take on their world through beauty, poetry, irony, or a sense of humor, without negating daily reality. I was inspired to see how beauty and visual appearance can possess significance and deep meaning, and how fashion, style, and beauty can be vehicles of dignity and self-actualization, sometimes even with a healing effect.

My curatorial process is intuitive. While I start out with a clear initial question, I do not look for work to fit or illustrate a predefined concept. Interaction with artists’ work and vision is essential. Each work that inspires me helps to shape and further the narrative. With N’GOLÁ, the artists and the works I encountered during my research taught me a lot.

Just to give you a few examples: Yves Sambu from DR Congo will be staging a tribute to Rei Amador, a national hero of São Tomé and Príncipe who led a revolt of enslaved Africans in 1595. Sunny Dolat from Kenya is preparing a very ambitious performance, In Their Finest Robes, The Children Shall Return, which requests the presence of every single country on the African continent in an item of fashion. To Sunny Dolat the country, through which thousands of enslaved people have passed, provides “a stage upon which to reflect on a moment, a contemporary re-telling, re-membering and re-visiting of one of the greatest tragedies in the history of humanity.” But his presentation also signifies hope, beauty, and pride, as he states in his profound essay for the catalogue: “Rituals open a door for us, a generation of Africans who desire a return to our highest, most dignified selves – clothed in our finest robes.”

Renny Ramakers is an Amsterdam based art historian. She is co-founder and director of Droog, the renowned experimental design initiative from the Netherlands. In 1993 she and Gijs Bakker started Droog as an anti-statement; a down to earth design mentality with a human touch that opposed the high style and form-based world of design.

In Conversation with Koyo Kouoh

How Artists Participate in World-Making

Las Nietas de Nonó: “We Need to Heal the Wounds”