The exhibition Freedom in the eyes of Josiah Tongogara at Zimbabwe’s National Gallery remembers the life of the ZANLA commander who fought for the country’s independence and was once expected to become its first president but died in a controversial car accident. Tinashe Muchuri looks on the show, that portrays him as a family man and a warrior on the occasion of Zimbabwe’s Independence on April 18.

Freedom in the eyes of Tongogara at the National Gallery in Harare depicts the life of one of the most prominent commanders of the Zimbabwe African National Liberation Army (ZANLA). Josiah Magama Tongogara (1938–79) is portrayed as a young activist, a family man, and a freedom fighter. The exhibition shows the legendary figure in portraits, starting from when he was twenty years old and in Zambia, where he had gone to seek employment.

Tongogara means “surrender” in Shona. It means that we have no choice but to surrender to our fate and to spaces that hold power over us. In reverse, it means that we are occupying posts of power against our enemies. Maybe that is one of the reasons why Josiah Magama found it necessary to add his father’s surname Tongogara to his birth name – to have a war name that was not divorced from his ancestry. 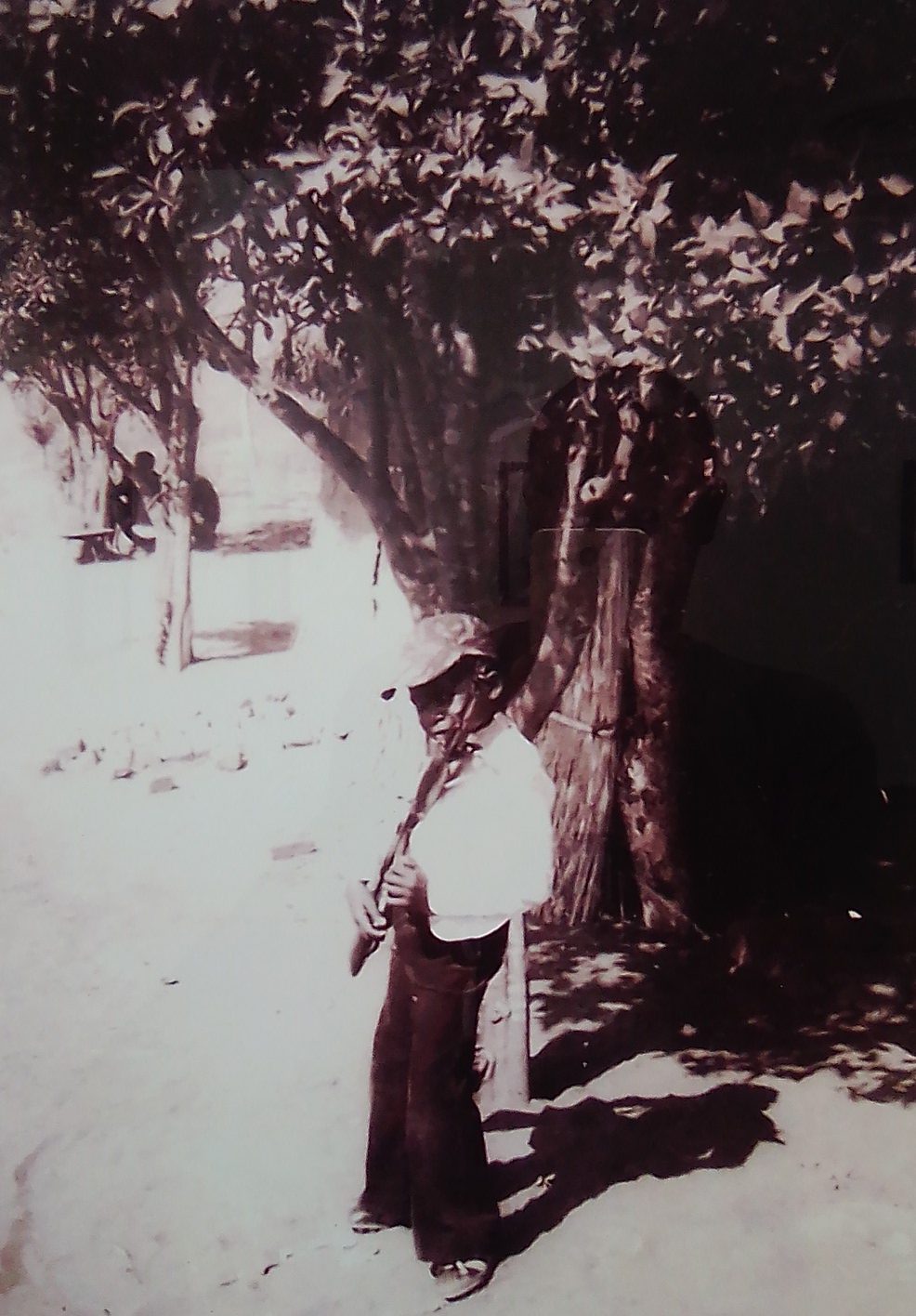 Tongo, as he is popularly known in Zimbabwe, is perceived as an icon of the liberation war and as one of the military legends of the Second Chimurenga War. He was a strategist whose actions led to the success of the war that brought Zimbabwe independence. Though the exhibition starts with a picture of Tongogara’s six-year-old-son Tichafa holding an AK47 – the son who, together with his mother, is behind this family-organized show – it mainly portrays Tongogara’s own life.

Interestingly, though, Tongogara’s childhood is mostly missing. We are just told of how he swore to one of his brothers that one day he would fight and liberate Zimbabwe, that he was a ball boy for tennis-playing Ian Douglas Smith, who later became prime minister of Southern Rhodesia, and that he was good at soccer. Was it deliberate to show almost nothing of his childhood, even the place where he was born? Not even the school from which he received his education is accounted for. So the show leaves viewers asking: who actually was Tongo? 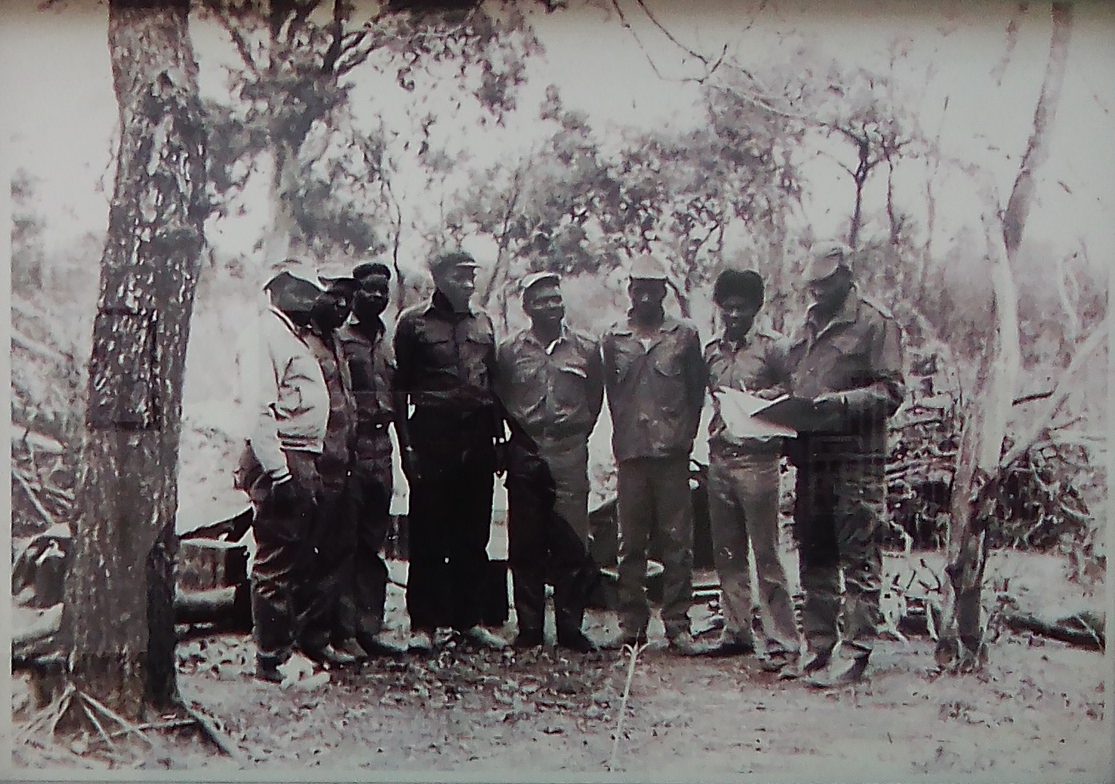 Despite the absence of his years in Southern Rhodesia, which could have reflected on his quest for freedom, the exhibition does still reveal who Tongo was in his youth, as a father and a freedom fighter. Through his letters to his wife Angeline Tongogara, we can see how he loved his family. A framed letter dated 3 April 77 and written to A. Kumbirai expresses his longing for his children and wife (he addressed his wife as “Darling A. Kumbirai” or just “Darling Kumbirai”). “Darling, you don’t know how much I long to see you and the kids. If you can’t bring them all, just bring even one of them, that would at least relieve me a bit.” Another letter dated 8 November 1970 to A. Kumbirai reads: “I have now improved and I am fit and sound. I thank you very much for the nursing you did last week – if you had not come I would have had difficulties.”

Tongo also catered for his extended family, as shown in a letter instructing his wife to organize a house for his sister Jayne and her husband Emmerson Mnangagwa, now the current Zimbabwean president. He wrote, “I told Verb that before Jayne and Emmerson are allowed to occupy, make sure the family which is occupying the house have been informed in time and they get a place before you can tell them to leave. Please darling, try to avoid any misunderstanding.” 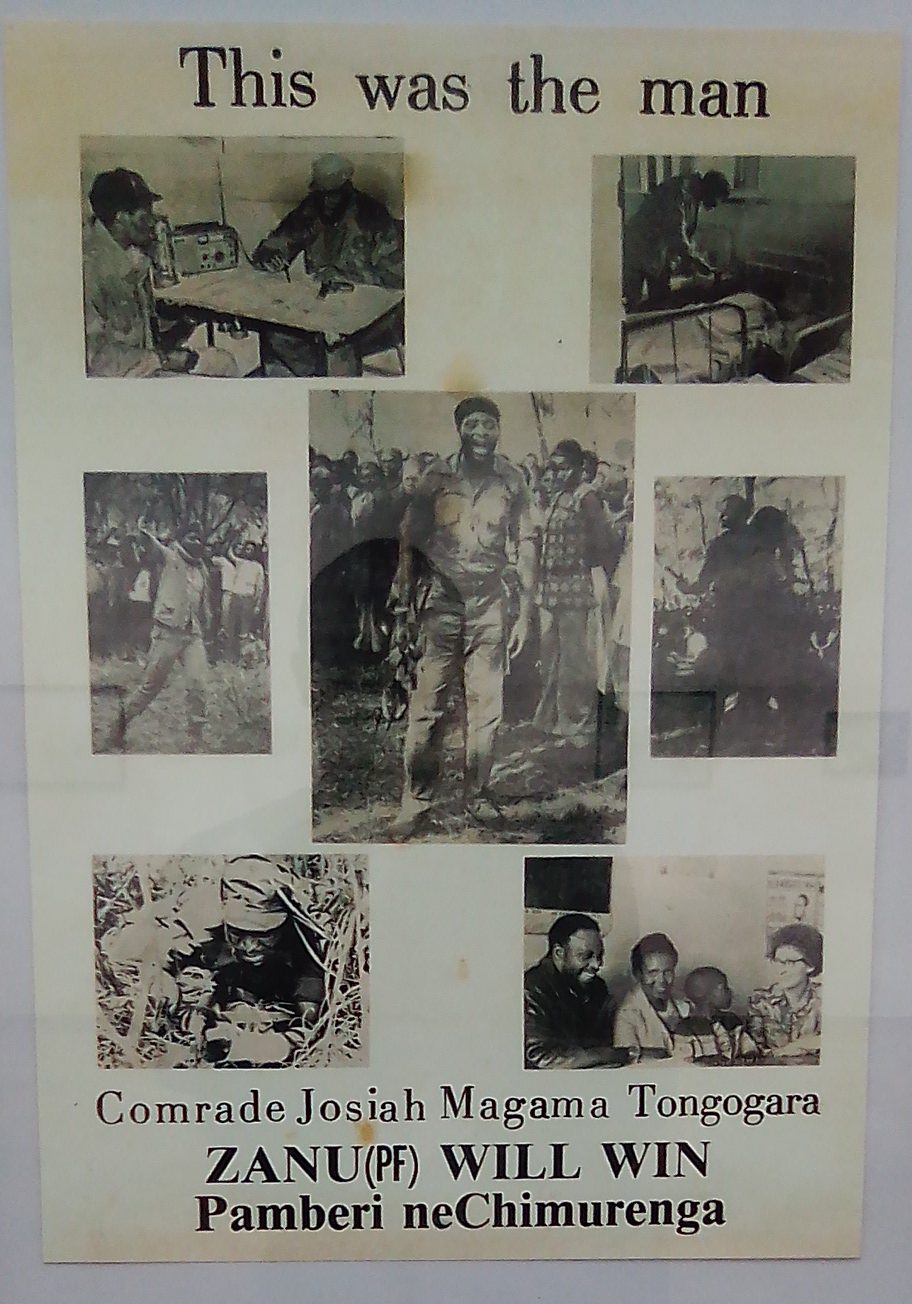 Besides being a loving person, he was loved by many. In a speech at Tongogara’s memorial in January 1980, the late Mozambican President Samora Machel declared him a national hero of Mozambique. “The Mozambique People’s Liberation Forces admired Tongogara … the people of Mozambique respected Tongogara,” he explained. “The youth of the People’s Republic of Mozambique loved Tongogara.” Simbi Mubako, chairperson of the Josiah Magama Tongogara Legacy Foundation, describes him as “not just a legend but a country boy who rose to greatness through sheer determination and self-sacrifice, virtues that young man and women can emulate in their own walks of life.”

Yet his political role was hard on the family, who missed a husband and father when he was busy liberating the country. They were supported, however, as is revealed in a letter dated 3 March 1977 in which Tongo indicates that 300 Rhodesian dollars were included to be “used wisely” by his wife and the family. While families of guerrillas fighting at the front (foot soldiers operating inside Zimbabwe) were deprived of their fathers’ care, commanders at the rear had time to share with their wives (in camps in Mozambique). 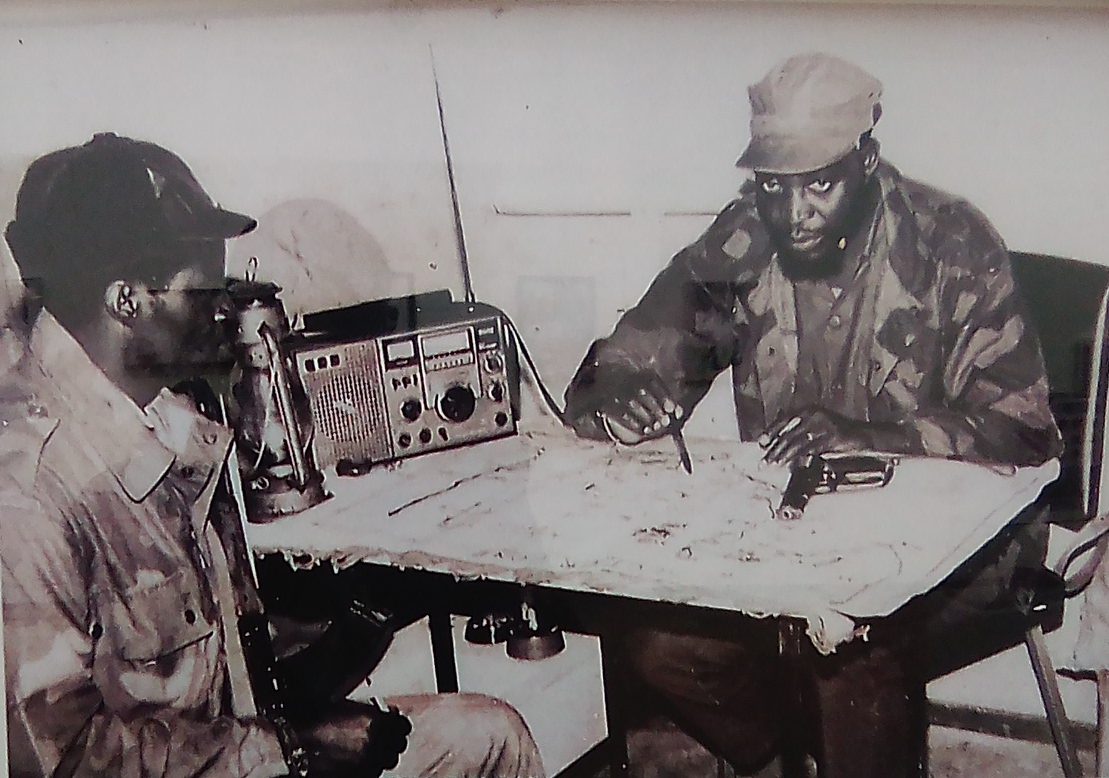 Tongogara loved the fight for freedom and its political party, ZANU. In a letter dated 6 December 1977, he signs off, “Pamberi Nehondo, by baba vaHondo” (“Forward with the war, by the war’s father”). Raphael Chikukwa, acting director and chief curator of the National Gallery, says that the names of Tongogara’s children indicate how deeply involved he was in the liberation process. The first child was named Hondo (war), the second Tichafa (we will die), then came Bvumai (accept defeat), and his daughter goes by the name Sukai (cleanse). In a letter dated 25 October 1977, Tongo assures A. Kumbirai that, “The mission of the enemy was to destroy completely or capture the leadership … neither of the two was achieved.” And though his tapes and radio were destroyed, he assures his wife that she should not worry: “I am just a lonely man with nothing. Don’t worry, I have survived so many dangerous accidents.”

The exhibition run from February to April leading up to the 40th Anniversary of Zimbabwe’s Independence on April 18, 2020.

Tinashe Muchuri is a performing poet, actor, writer, based in Harare, Zimbabwe and a student from the C& Critical Writing Workshop which was held in Harare in September 2017 and made possible by the support of the Ford Foundation.

The Project Space Cultivating a Community of Artists in Harare

The Tangled Histories of Disconnected Places

In Conversation with Epheas Maposa

Ascending to the Outer Rims of his Storylines

“Coffin for Head of State”

When Zimbabwe Responded to Mugabe’s Fall with Street Art