At the critical writing workshop in Lagos with Bim Adewunmi, 2015. Photo: Aderimi Adegbite

Working with a truly international network of young critical writers, from Nairobi to New York and Luanda to Lyon, is one of the main ideas behind C&. During the first C& workshop for critical writing in Lagos, we sat down with the workshop leaders Bim Adewunmi, Obidike Okafor, and Tolu Ogunlesi to discuss personal influences, new media, and the idea of collaboration.

C&: Please tell us a bit about your background as journalists and writers. How did you start this journey?

Bim Adewunmi: I went to Bournemouth University to study multimedia journalism and trained for print, online, video, and radio. During my time at university, I was also writing for BBC radio. However, print is where I do the majority of my work now. I still do some radio appearances, but now that I’m cultural editor at Buzzfeed, print and online are where most of my work lives.

Obidike Okafor: I didn’t study journalism in the classical way, but instead was trained by Dele Olojede, the first winner of the Pulitzer Prize born in Africa. Olojede was my first inspiration. I learned all my journalistic skills from him when I got my first job at the Lagos-based newspaper Next (now defunct). During that experience, I learned everything from the best.

Tolu Ogunlesi: My journey as a journalist came at the end of a journey that I started as a poet. So I started out thinking of myself as a poet. Eventually, I wrote fiction and then moved on into journalism. I didn’t have any master plan but somehow I just found myself moving. At first, I started with a full time job doing poetry, fiction, and opinion pieces. Then came the opportunity to work with Next. 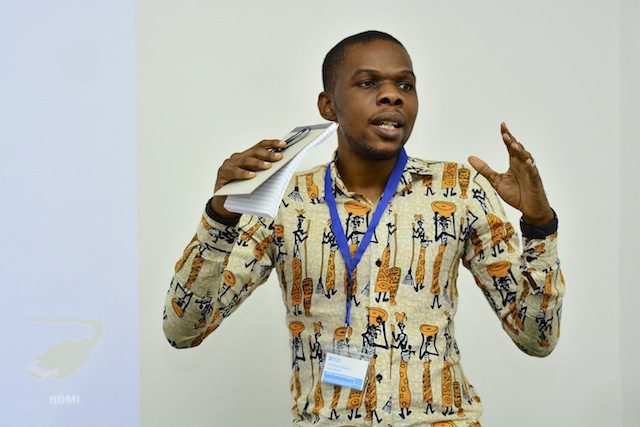 C&: And how and why did you become a cultural journalist?

BA: For me it just comes down to what is interesting to me. Some of my earliest memories center on television. In many ways, television was my second set of parents. The same thing with radio; it was always on in our house where we lived.  So I already had an interest in ideas of soft culture or so-called low culture. And my parents really made us read and write a lot. I always had an interest in reading and writing when I was very young. When I look back, it is very obvious to me that it was a career path that was being designed without my knowledge.

OO: Ever since I was ten, I have always been doing things to do with culture. I started drawing and writing poetry. When I was in secondary school, I was in a choir. When I went to university, I was involved in a drama group. I wanted to write about culture because I have some basic experiences and understandings of all those things. My father enjoyed writing so he always gave me something to write about.

TO: I grew up in a world of newspapers and books. So all my life, we got at least one newspaper a day. That was a huge influence on me. 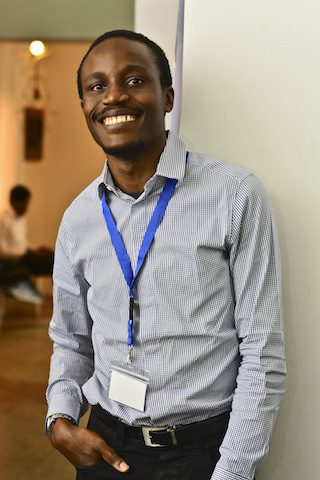 C&: How do you see your role as a journalist?

BA: I think it’s true that a lot of journalists and writers have slightly larger than normal egos. We like to think that we have something important to say. I do think that’s an element of why I write. I like the idea of seeing something through and connecting it to previous things or imagining what might come in the future. So when I write, my goal is always to entertain and inform my readers.

C&: In terms of the Critical Writing workshop in Lagos that C& launched, how did you engage with the participants?

BA: The major thing I encountered in the workshop was the idea of collaboration.  Because inasmuch as we were there to facilitate the workshop, we were all cultural journalists. We have different platforms and different outlets that we write for. But I see my role more as somebody who is bringing a different perspective, not necessarily a better one, but a different one. We all basically work towards the same ends. As I see it, I was in a room full of equals, trying to learn best practices.

TO: For me it was as much a learning experience as it was about teaching. I learned a lot, for example, just by listening to what people said about how things work at the news desks in newspapers in Nigeria. It was good to hear what kinds of challenges people have to deal with.

OO: I was humbled by the whole experience. The most important thing I made clear to the participants is to strive at all times to develop yourself.

C&: Speaking of new media, how do you navigate in the digital world?

BA: New media is just old media with a different face; we put out pretty much the same stories. What changes is the format. And what changes is a different level of engagement, which was previously absent. It’s also interesting to use social media, in particular, as a source of research and information.

OO: There are also all of these new elements because of the way new media is going. Recently I attended a workshop on infographics. I realized that creating visual images with data makes more sense than writing words, and that is the direction I am moving in now. For example, there is now mobile journalism that teaches you how to become a journalist with your mobile phone. And you realize that all those new things keep coming. If you don’t stay up to date, you are left behind.

Everyone needs a barber