The South African Department of Arts and Culture has announced that Dineo Seshee Bopape, Tracey Rose and Mawande Ka Zenzile will be the featured artists at the South Africa Pavilion at the 58th Venice Biennale.

The South African Pavilion will showcase works by the artists Dineo Seshee Bopape, Tracey Rose and Mawande Ka Zenzile from 11 May to 24 November 2019 at the South Africa Pavilion at the 58th Venice Biennale, in an exhibition curated by Nkule Mabaso and Nomusa Makhubu.

The three artists that have been selected to represent South Africa explore the themes of social, political and economic resilience under the title “The Stronger We Become”, the aim of which is capturing the collective fortitude of South Africans and is in response to the 2019 curatorial theme, May You Live In Interesting Time, set by Ralph Rugoff. Rugoff suggests that “uncertainty, crisis and turmoil” makes it necessary to focus on “art’s social function as embracing both pleasure and critical thinking. 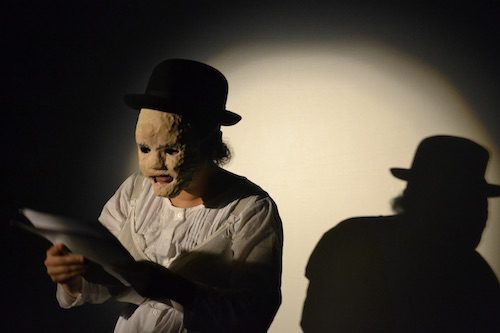 The exhibition’s curators, Nkule Mabaso and Nomusa Makhubu, say, “The proposed theme engages with the determination and tenacious spirit of South Africans.” It is also informed by the emphasis, in South Africa, on social cohesion in a previously divided country which tends to “overlook and downplay that the tenacity required to overcome difficult histories and harsh socio-economic conditions” many South Africans have and continue to find themselves in. “Resilience then becomes one of the crucial aspects in understanding South Africa and its people. We need to be able to celebrate our many achievements, while we also confront our shortcomings. While South Africa remains a fragmented society with a fragile political landscape, there is still agency reflected in these artists’ works that buoys social resistance,” the curators explain.
The objective is to curate the pavilion to symbolize freedom of expression, the freedom to create challenging work and the freedom to present dissenting voices that displace geographical space and speak for self-determination.
The exhibition brings together artists and artworks that probe and approach the theme differently in order to explore the ability of South Africans to endure historical traumas while not losing their ability to laugh, learn and continue with their daily lives. 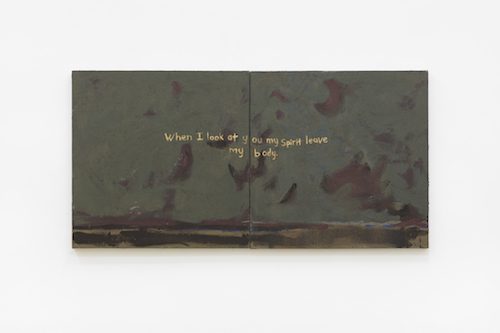 Mawande Ka Zenzile When You Look At Me My Spirit Leave My Body(Diptych), Cow dung, gesso and oil on canvas, 2019. Image Courtesy of the artist and Stevenson Gallery, Cape Town

Dineo Seshee Bopape offers intuitive installations that transform spaces into meditative arenas where historical narratives, fiction and personal narratives are wittingly interwoven, while Mawande KaZenzile’s work draws from African epistemology and the foundations laid by the father of Black Consciousness Movement, Steve Bantu Biko (1977) as well as African postcolonial thought leader and Kenyan writer Ngugi Wa Thiong’o. Tracey Rose’s work reflects the cultural, economic and political differences that mark the contemporary world and in particular post-apartheid South Africa, along with identity-related issues. She investigates questions of gender and colour through the visual motifs of her own body. Her unapologetic and resolute work takes on socio-political issues through idiosyncrasies presented by the post-apartheid South African way of life.
All the selected artists are internationally renowned and in different but analogous ways tackle difficult issues on social injustice. Their artworks articulate these issues but do so through satire and play.

Tracey Rose was born in 1974 in Durban, South Africa. She holds a Master of Fine Art from Goldsmiths College, University of London (UK) and received her B.A. in Fine Arts from the University of the Witwatersrand, Johannesburg in 1996. She was trained in editing and cinematography at The South African School of Motion Picture Medium and Live Performance in Johannesburg. More recently her work has been included in group exhibitions at the Limerick City Art Gallery, 2017, Limerick, Ireland Museum of Modern Art, 2016 and Buenos Aires, Argentina 2016.

Mawande Ka Zenzile was born in Lady Frère, Eastern Cape, in 1986. He obtained his BA Fine Art degree from Michaelis School of Fine Art, University of Cape Town, in 2014. He won the Tollman Award for Visual Art in 2014 and the Michaelis Prize in 2013. His solo exhibitions include the Autobiography of Mawande Ka Zenzile: Iingcuka ezombethe iimfele zeegusha at VANSA, Cape Town (2011); Crawling Nation at the AVA Gallery (2009); as well as five solo exhibitions at Stevenson, Cape Town and Johannesburg (2013-18). Group exhibitions include Tell Freedom, 15 South African Artists at Kunsthal KAdE, and Amsterdam (2018) Looking after Freedom at Michaelis Galleries (2017.

Nkule Mabaso is currently the curator at the University of Cape Town’s Michaelis Galleries. In 2017 she collaborated with the art historian, Manon Braat to towards the realization of the Exhibition and publication “Tell Freedom: 15 South Africa Artist”, based on a curatorial project ‘Tell Freedom’ which was exhibited at the Kunsthalle KaDE, Amersfoort, in the Netherlands alongside 15 South African Artists.

Nomusa Makhubu is an artist and senior lecturer of Art History at the University of Cape Town’s Michaelis School of Fine Art. In 2015, she co-edited a Third Text Special Issue: ‘The Art of Change’ (2013). Makhubu is a member of the South African Young Academy of Science and Chair of the Africa South Art Initiative. She was a fellow of the American Council of Learned Societies and was an African Studies Association (ASA) Presidential Fellow in 2016.