Headed by Abdelkader Damani, the inaugural Rabat Biennale in Morocco’s capital has caused a stir for almost exclusively featuring female artists and collectives. Including sixty-three international participants exploring a multitude of themes, the biennale attempts to rectify some past curatorial practices. Curator and writer Syham Weigant looks into the high stakes of this bold attempt, while reflecting on what the biennale can mean for Morocco and Africa.

The season of the so-called African biennials has just begun. Making the most of a mild climate, they will succeed one another: Lubumbashi, Lagos, Bamako. This year a newcomer opens the season. It takes place in Rabat, the capital of the Kingdom of Morocco, a country which has already had several biennials with various fortunes – Marrakech, Casablanca, and other smaller projects. Many have asked what Rabat can do in this context.

This year is the twentieth year of King Mohammed VI’s reign, and Rabat is celebrating the occasion with a string of events. The biennial contributes with its multidisciplinary offering, which includes cinema, visual arts, architecture, and the local specialty – literature. By virtue of its scale, with sixty-three participants of twenty-seven nationalities, the Rabat Biennale presents itself as studious and ambitious – though this may come at the expense of its specificity. Dakar has pan-Africanism, Bamako specializes in photography, and Douala in public space. The Rabat event will need to find a relevance that goes beyond simple reproduction to anchor itself and find its place within this ever-increasing supply of biennials.

This first year the biennial’s main, international exhibition is showing only female artists and collectives, as per the plan of Abdelkader Damani, the French-Algerian curator currently at the helm of the Frac Centre-Val de Loire museum in France. The idea is interesting and has been welcomed with joy by many women artists of the country, who still receive less visibility. However, by isolating a part of humanity, half of it, there is a risk of treating us as a minority and stigmatizing us even more. This is not the only risk faced by Damani, the only chief on board, who might be seen as the head of a gynaeceum or harem of sorts: a position of power that will be open to much scrutiny in post #metoo times. The title of the biennale, An instant before the world, may be seen as carrying a curtailed view of femininity, since it’s filtered through the prism of the male gaze. Precautions of a conceptual and ontological nature, subject to rigorous reflection, will be needed to ensure this biennial’s sustainability.

The event also has the particularity of being extremely rooted in its territory. Indeed, it is the only state-funded biennial in Morocco and part of a royal project titled “Rabat, city of light,” which aims to turn the city into a major cultural capital. For this reason the whole city is being embellished and renovated, and in this sense it is the star of the biennale. Most of the event is hosted by the Mohammed VI Museum of Modern and Contemporary Art, whose lack of permanent collections allows the mobilization of all spaces. Other venues include galleries such as CDG and historic buildings scattered across town. 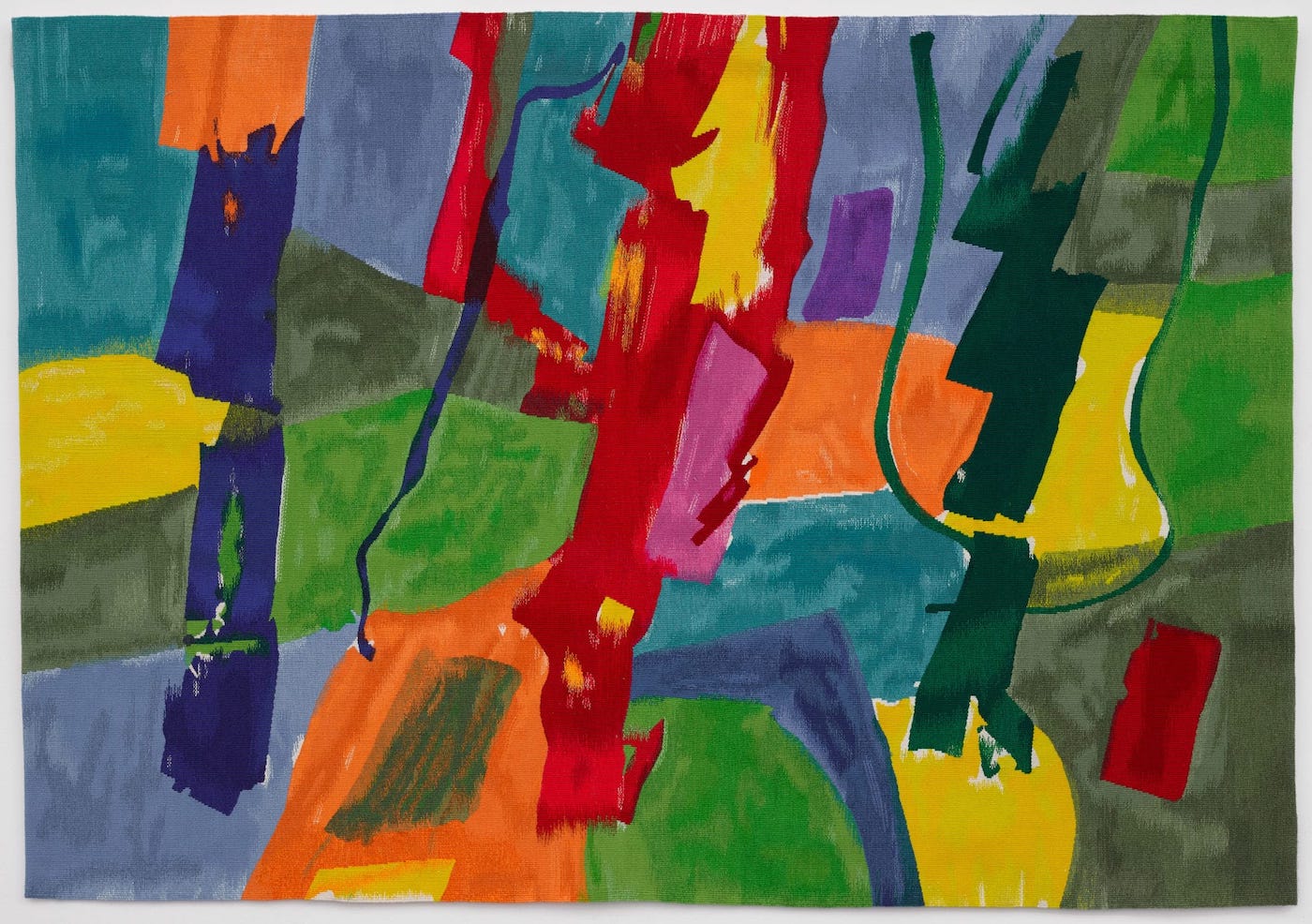 The installation in the main exhibition is rather classic, with rails of pictures and vitrines, though the works are strong. The rarely seen leporellos, or accordion-style notebooks, of Etel Adnan are sublime, as well as Amina Rezki’s drawings – though the technique employed in her recent work is reminiscent of Godfried Donkor’s. A large wall is devoted to the late architect Zaha Hadid, surely announcing the imminent opening of the theater she designed for the city. Ghada Amer dares with a wonderfully unabashed hand-sewn masturbatory scene – a strong sign of amendment for a museum that has previously hidden works of such nature.

Mona Hatoum, whom the curator wanted to honor, presents the magnificent installation Current Frequencies. Consisting of a large cubic structure in which every cube has a flashing lamp, the work is alive – it breathes and it upsets us. On the other hand, some devices that are more out of the ordinary but crucial for Damani’s curatorial approach leave me indifferent. The film of Egyptian diva Oum Kalthoum in concert in Rabat at the center of the curatorial talk will undoubtedly touch foreign Arab visitors. For Moroccans, however, the film is familiar lullaby, a vestige of Morocco’s authoritarian era and its unique state media which often aired it.

The basement of the museum houses A Forest, a parallel group show curated by Mohamed El Baz. Here the artist-cum-curator reveals his own large portrait series that feature men exploring their feminine side. Mbarek Bouhchchi, through his proliferating figurines, but especially his sublime tar designs on ribbed rubber, tells us about the condition of the Black male in Morocco. Elsewhere, Maria Karim draws in Prussian blue and in sublimely reserved bichromatic portraits of white female figures that are penetrating, evanescent, and ghostly. Through the threads of silk worms’ hollowed cocoons, Safaa Erruas draws a spider structure, complex and almost architectural. It is white and symmetrical, a central crack distributing the work on both sides.

Situated on the Atlantic coast, the historical Fort Rottembourg is a heritage site which has been rehabilitated to become a museum of photography. Here, immersive multimedia installations occupy entire rooms. The works are quite spectacular in scale: Deborah Benzaquen (Où sont mes rêves?, 2019) and Amina Benbouchta (Eternel retour du désir amoureux, 2019) interact in complex Lynchian devices that combine sculptural forms, hanging neon, moving images, and sound. Dana Awartani deploys a chromatic and quasi-sensory mat of Moroccan zellige tiles with geometric refinement. Outside, in one of the turrets of the fort, whose crenelations reveal incredible oceanic, maritime, and zenith blues, Ghada Amer spreads a self-titled garden arrangement that reads: “All oppression creates a state of war.” 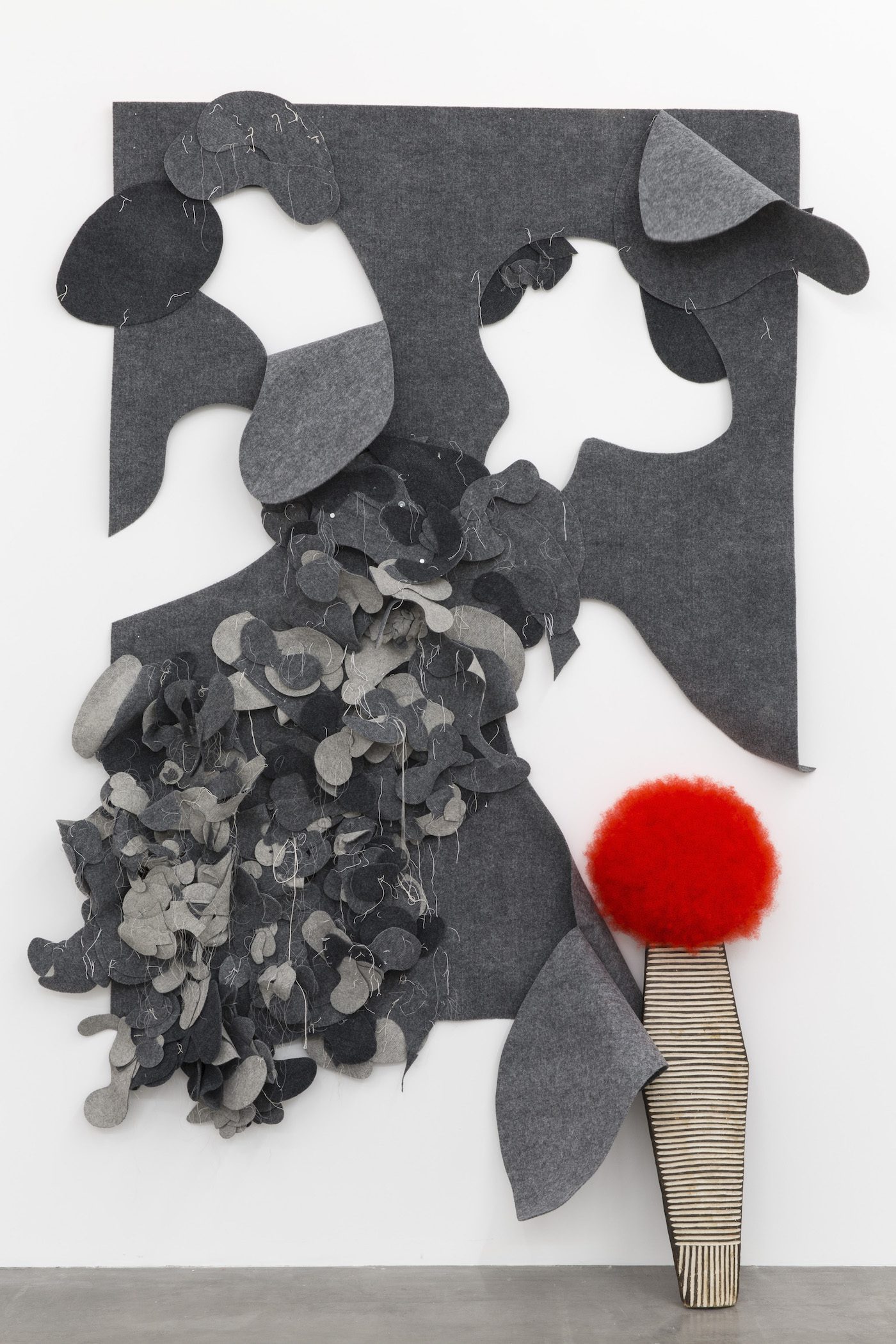 Nigerian artist Marcia Kure presents The Three Graces, first shown at Dakart 2014 where Damani was a co-curator. In tune with African history and culture, the graces pay homage to strong African political leaders who were women: The Amazons of the Dahomey Kingdom, Ndlorukazi Nandi kaBebe Elangeni, mother of Chaka and an influential zulu leader, and Funmilayo RansomeKuti, mother of Fela Kuti and an advocate of women’s voting rights in Nigeria. Combining Afrofuturism and the graphic novel, Milhumbe Haimbe’s work is about a Black female hero who faces aconspiracy in a hypothetical future, drawing attention to the lack of representation of some intersectional minorities.

This is only a beginning for the Rabat Biennale, and nothing is yet planned for the future editions – though it seems unlikely that they too will be dedicated to women. It will have a definite advantage over other Moroccan biennales given its organic roots in the city of Rabat. But will that be enough? And will future curators be granted the space to seize the event and personalize it as Abdelkader Damani has succeeded in doing?

The Rabat Biennale, An instant before the world, continues in Rabat, Morocco, until 18 December 2019.

Syham Weigant is an art critic from Morocco.

The Biennial of Casablanca opens a Project Space